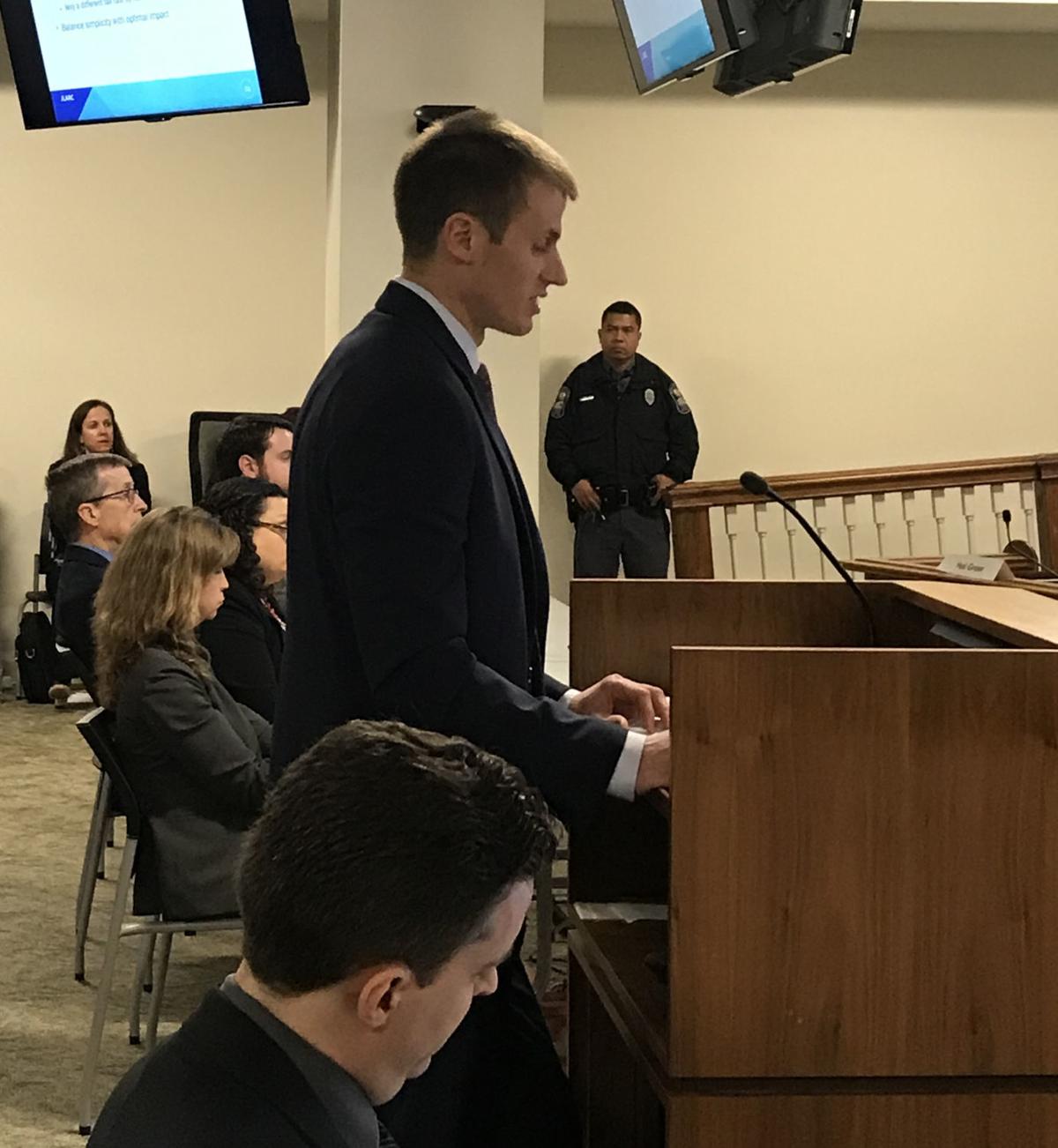 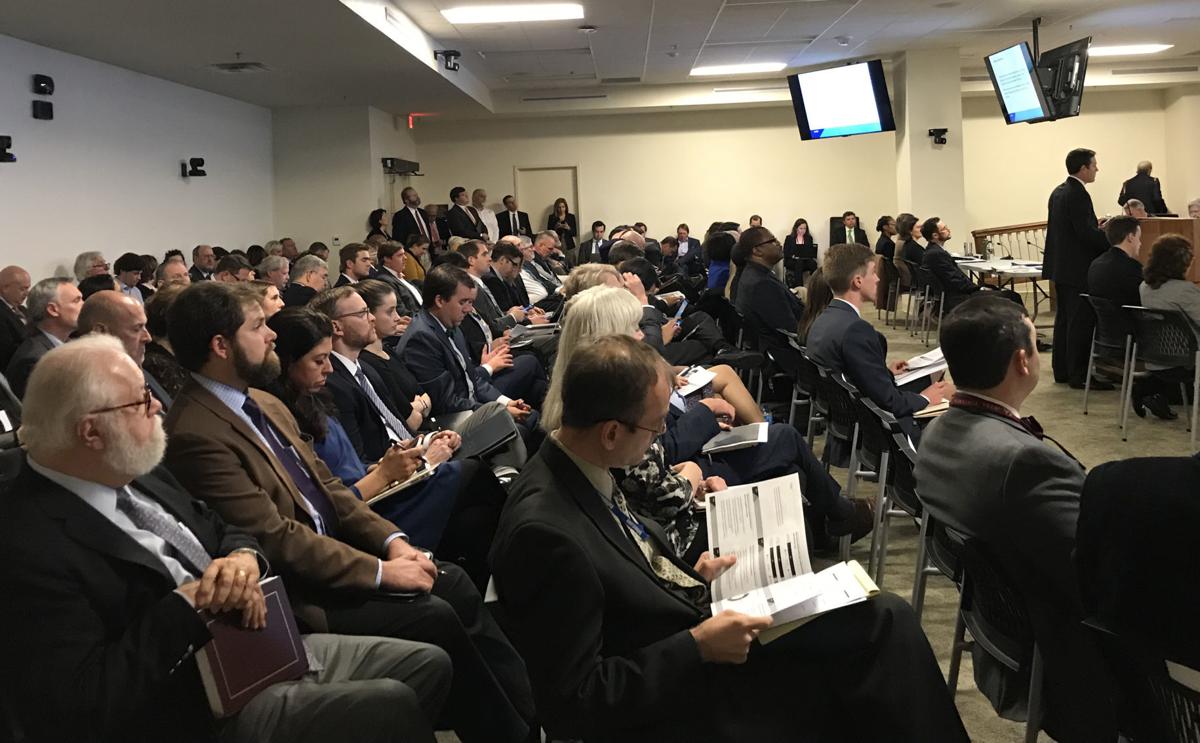 A casino in Danville would generate about $190 million in annual revenue and $51 million in gaming tax money for the state and deliver nearly 1,600 direct casino jobs paying an average annual salary of about $33,000, according to a state draft report presented Monday afternoon.

The results of the study, conducted by the Innovation Group that has offices in New Orleans, Denver, Orlando and Las Vegas, were presented to the Virginia General Assembly’s research arm, Joint Legislative Audit and Review Commission, during a meeting in Richmond.

A casino would generate about $4.5 million in local tax revenue for Danville — 6.2% of total local revenue, according to the report.

Casinos in those cities would annually generate a combined $969 million in revenue, and about $262 million in total gaming tax revenue for the state, assuming a 27% state gaming revenue tax rate, according to the study.

Just before the presentation, JLARC Associate Director Tracey Smith told commissioners conservative estimates were used in the study because reports on gaming tend to be overly optimistic.

“They have tended to rely on unrealistic assumptions,” Smith said. “There is always the tendency to overestimate the benefits.”

The study focused on the fiscal and economic impacts of casinos and other types of gaming and also included effects on problem gambling.

It found net annual state revenue from casinos — as well as other types of gaming such as sports wagering and online casino gaming — would be about $370 million. That takes into account effects on other, existing forms of gaming in the state and new administrative costs of a state gaming oversight agency.

Casinos in the five localities could also lead to small declines in lottery and charitable gaming proceeds — such as bingo games by organizations to raise money — and horse racing.

Risk of harm from problem gambling could increase, but could be addressed “with a robust state-run treatment and prevention program,” McMahon said.

In addition, a competitive state selection process for issuing a casino gaming license would minimize public risks and bring the most benefits, he added.

“The state may do RFPs [requests for proposals] to decide who the casino operator is,” Del. Danny Marshall, R-Danville, said during an interview after the JLARC meeting, which he attended.

Marshall, who supports having a referendum for Danville voters to decide whether to allow a casino, said it would not fix all of the city’s problems.

“This is not a panacea,” he said. “It doesn’t fix all of the problems. This is just another piece of the economic pie for Danville.”

The Virginia Lottery could oversee casino gaming, but would need more staff and resources, he said. The costs of an oversight agency would be about $17 million to $19 million annually.

The lottery generates more than $600 million annually after prizes are paid out, according to the study.

“I’d like to have seen more depth,” Ruff told the Danville Register & Bee after the presentation.

More examples of casino projects that failed or a comparison between best- and worst-case scenarios in communities that have casinos would have helped, he said.

Currently, the Pamunkey Indian Tribe is the only entity allowed to own a casino in Norfolk and Richmond.

Of the five cities in the study, Danville and Bristol would rely the most on out-of-state customers for its casinos, McMahon said. Danville would get about 76% of gaming revenue from other states, according to the study, compared to combined 32% average for all the cities.

“It was pretty neutral,” Tucker said after the JLARC meeting.

Of the projected $33,086 average salary for casino workers, Tucker pointed out it was in the range of what a consultant told Danville City Council last week following a separate, local study paid for the city. That study found the average annual salary would be about $37,000.

“The market will drive the salaries,” Tucker said when asked what he thought of the $33,086 salary.

The city’s study, released Nov. 19 by Convergence Strategic Group in New Orleans, found that a destination resort casino could bring in about $363.5 million in gaming revenues in 2022 if located at a highway site in the area. The study was presented to city council last week during a special work session.

The operation would create up to 2,377 direct jobs, with annual wages totaling $75.7 million. Total property revenues at that highway location — including hotel, food and beverage and other revenues — were estimated to reach as much as $436.5 million annually.

The study also examined the effect of potential casino sites at the White Mill property, Schoolfield at the former Dan River Inc. at West Main Street and the Piedmont Drive retail corridor.

In a related matter, Danville voters Nov. 5 approved having off-track betting in the city. Colonial Downs, which owns Rosie’s Gaming Emporiums in Vinton, Richmond, Hampton Roads and its main location in New Kent County, hopes to bring a Rosie’s to Danville.

The commission was also asked to appropriate money to contract with a consultant to evaluate the state’s current gaming governance structure — including that for the lottery, gaming and horse racing — for existing legal gambling.

Also studied were potential governing structures for other forms of gaming and possible state and local revenues from expanded forms of gambling.

The Innovation Group, which conducted the study, subcontracted with another firm, Regulatory Management Counselors in East Lansing, Michigan and Las Vegas, for work on the study, as well.

Legislators passed a bill setting up a study of what regulatory environment would need to be established to legalize casinos in the state, along with a voter referendum in any municipality wishing to do so. Legislators in the 2020 session must pass the identical bill a second time before it becomes law.