Subscribe
Read Today's E-Edition
Share This
Bowling is back in Danville: Under new owners, Riverside Lanes hoping for soft opening in August
0 Comments
Share this
SUSAN ELZEY Special to the Register & Bee

Dust off your bowling ball and find those bowling shoes because bowling will soon be back in Danville.

Riverside Lanes will be reopening under the ownership of Matt and Melanie Hastings.

“COVID and money troubles closed it down,” said Matt. “It had been on sale for a while when we bought it from the Bank of Louisiana four months ago.”

The couple has lived and worked in South Boston and Danville throughout the years and now live in South Boston. Matt works for Summit Engineering, and Melanie works with Halifax Public Schools.

“We love bowling,” Matt said. “We are bowling three nights a week at South Boston, and half of the leagues are from Danville.”

Matt started buying rental properties in 2005 and sold them all to buy the lanes.

The couple cleaned out 30 loads of “stuff” and found that the roof had been leaking on one end.

“We took up the carpet that had moss and mildew growing on it and put down epoxy flooring,” he said. “All the HVAC units were bad, and that was a six-figure fix. Plus the bathrooms had to be redone.”

Supply chain issues have slowed the work down at every turn.

“We had to wait three months to get the flooring material, and there was a six-month backlog for furniture, so an upholstery guy from Martinsville is going to recover the furniture,” said Matt.

Although he has been remodeling and flipping houses for years, this is his first commercial venture.

“And hopefully our last,” said Melanie.

He said that everyone has given him different advice.

“Some say take out 20 lanes and put in arcades,” he said. “But we are going to keep the lanes, put arcades along the wall and change the layout of the seating.”

Melanie said Riverside Lanes will definitely be a “bowling center.”

“We’re not used to being on social media, but we have found out there that people want it to remain family friendly, and we feel we can deliver on that,” she said.

They promised that they will accommodate as many leagues as they can handle during the week and then tournaments on the weekends.

“Three leagues signed up last Sunday,” Matt said. “Bowling has really exploded since COVID. Then there’s two-handed bowling, a new thing that’s easier and really bringing bowlers out who have never bowled before.”

The couple will be glad to have the renovation work behind them. They have been working their full-time jobs, then working at the lanes “through long, laborious weekends,” Matt said.

“It almost makes you glad to go to work on Monday,” he said.

The plans are for a soft opening the middle of August.

“The honest truth is that we’ll open as quickly as we can,” he said.

They still have to hire and train staff. They also hope to hire some of the former staff back. The plans are to have two managers throughout the week, and then they will be there on the weekends.

“People can expect to come here and interact with us,” Melanie said.

The center will also reopen the grill and snack bar and will serve beer and sodas.

Melanie said that even those who don’t think they are good at bowling should join a league.

In the end, though, it’s all about the bowling.

“I did this because I wanted to bring bowling back to Danville,” Matt said.

Aerofarms is expanding and adding 66 more jobs at its facility.

Sovah Health recently announced that Dr. Sidrah Ghaffar has joined its medical staff and is providing primary care for patients at Sovah Inter…

Business@Breakfast, a regular program of the Danville Pittsylvania County Chamber of Commerce, will focus on the Partnership for Regional Pros…

Sovah Health announced this week that Dr. Fahid Alghanim has joined its medical staff and is offering pulmonary and critical care services for…

The former Dan River Inc. finishing building at Schoolfield is nearing its end, as the structure slowly comes down during demolition.

US economy shrinks for a second quarter, fuelling recession fears

US economy shrinks for a second quarter, fuelling recession fears 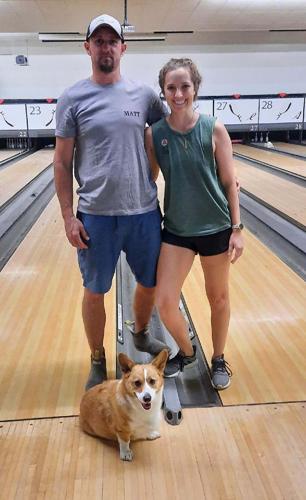 Matt and Melanie Hastings, the new owners of Riverside Lanes, stand in the alley with their dog, Roo. They are planning for a soft opening in August. 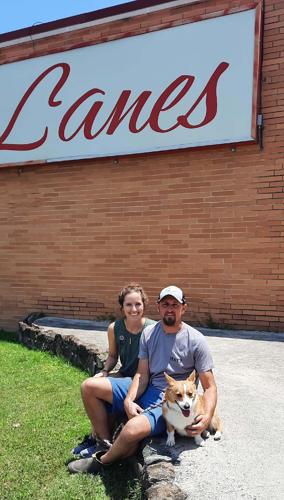 Matt and Melanie Hastings, the new owners of Riverside Lanes in Danville, pose outside the bowling alley with their dog, Roo.