Small Business Saturday was even more lucrative for Carter, with sales twice what they were the day before.

“Friday was great and Saturday was better,” Carter told the Danville Register & Bee during an interview at her store Thursday morning. “It was great to see people out and about.”

A 20%-off sale on hardbacks Saturday left her shelves sparse.

“We sold more hardbacks than we’ve ever sold on a Saturday,” Carter said. “Typically, we’re a paperback city. Most of my customers prefer paperbacks.”

Black Friday sales were higher at her bookshop compared to last year, whereas Small Business Saturday volume was about the same as that day in 2021, she said.

Small business owners along Main Street downtown said sales were pretty brisk last weekend after Thanksgiving, which is usually the kickoff for the holiday shopping season.

Merchants, however, said inflation and supply chain issues remain, affecting their ability to get items to their stores.

“Logistically, for some manufacturers, it still presents a challenge to get products on retail shelves in a timely manner,” said Adam Jones, owner at The Brick Running & Tri Store.

Unlike Carter, Jones reported a slight reduction in sales volume at his store compared to last year, by about 5% to 8%. However, the first two days after Thanksgiving were successful for his business, Jones added.

Jones attributed the slight decline in sales over the weekend to people being too busy with other obligations such as travel and family responsibilities, as well as inflation and a higher cost-of-living.

To expand his selection of bicycles, Jones had added space at this store, growing The Brick into the second floor. That part of his business opened Saturday.

Sutherland, who sells art, jewelry, home decor and Danville-themed merchandise, planned to hold an open house at her business Thursday to bring in more holiday shoppers.

Neighboring Moss Mountain Outfitters had an open house scheduled for Thursday as well.

With continued challenges for local merchants, it more vital than ever to support them, said Diana Schwartz, executive director of the River District Association.

Nationwide, a record 196.7 million Americans shopped in stores and online during the five-day holiday shopping period from Thanksgiving Day through Cyber Monday, according to an annual survey by the National Retail Federation and Prosper Insights & Analytics. The total number of shoppers grew by nearly 17 million from 2021 and is the highest figure since the federation first started tracking this data in 2017, according to the federation’s website.

Roughly three-quarters of consumers said they shopped over the Thanksgiving holiday weekend, up from 70% in 2021.

Landon Moss, co-owner at Moss Mountain Outfitters on Main Street, said sales far exceeded those from last year, when they were a much smaller operation that sold just T-shirts at a previous location.

“We were very pleasantly surprised,” Moss said at the store Thursday.

Moss’ current location next to Main Street Art Collective opened July 1 after relocating from 543 Main St. Moss and his mother Susan, who also owns the store, sell outdoor clothing and gear as well as gift items including soaps, lotions and candles.

The new location is surrounded by more development and has better access and more foot traffic, Moss said.

As for inflation, Moss said “we’ve been able to navigate it.”

“We’ve just had to eat it, but I guess that’s just part of business right now,” he said.

Shipping costs have gone up, leading to a slight increase in prices at the business, Moss said.

Back over at The Dog-Eared Page, Carter has been told by suppliers not to order books past a certain date if they want to receive them for Christmas. She also has books on backorder, she added.

For booksellers like Carter, inflation can be brutal when they’re competing with essential items like food in the midst of inflation.

“It can be tough when it comes to books to compete with that, when people are kind of struggling,” Carter said.

The US Economy Grew More Than Expected in 2022

The US Economy Grew More Than Expected in 2022

Tax season is creeping up! How long experts say to keep your tax documents

Tax season is creeping up! How long experts say to keep your tax documents 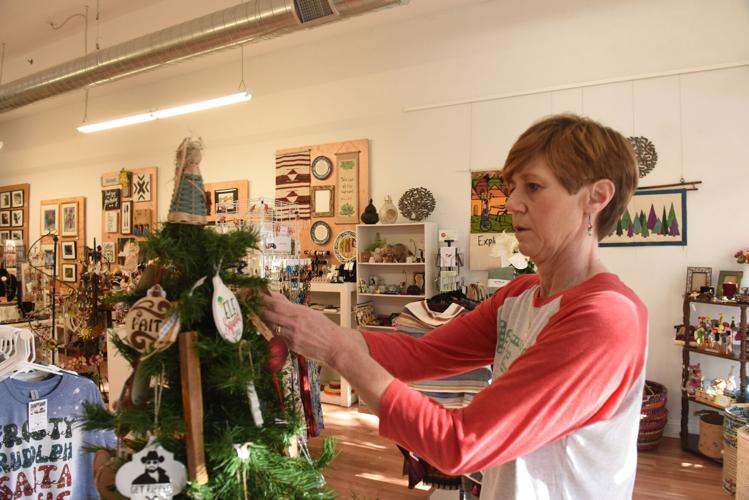 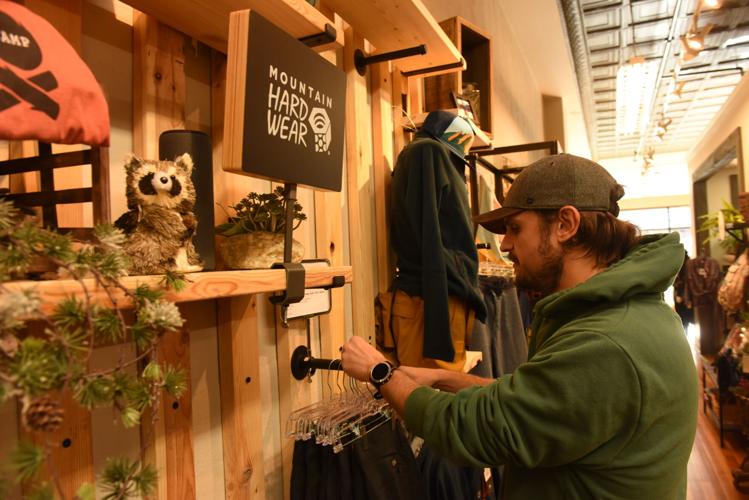 Landon Moss, co-owner at Moss Mountain Outfitters, checks merchandise Thursday. Moss said he was pleasantly surprised at his the business’s sales performance the weekend after Thanksgiving.