Subscribe
Read Today's E-Edition
Share This
'We're making it on a wing and a prayer.' Inflation hits Danville businesses with surge in costs.
0 Comments
Share this
1 of 3 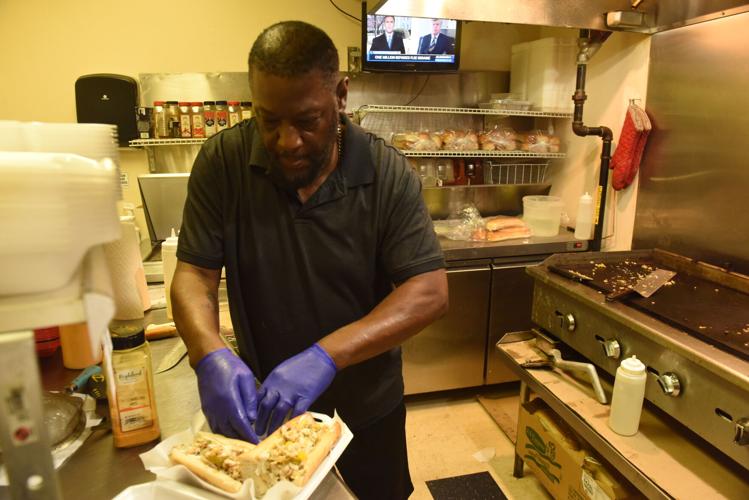 Phi-lly Cheese Steaks & Things co-owner Donald Parks prepares an order for a customer. The restaurant is among several businesses in the city feeling the effects of inflation. 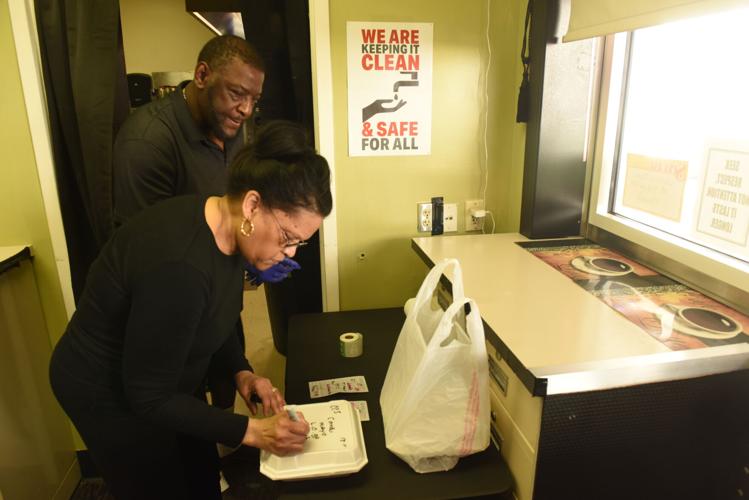 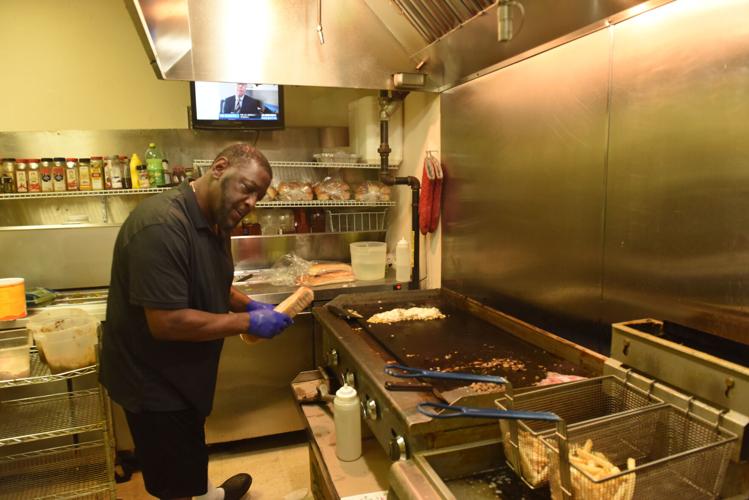 “We really are upset you have to raise your prices to keep ordering your supplies,” Parks, who owns the Riverside Drive eatery with her husband, Donald, said last week. “For us right now, we’re making it on a wing and a prayer.”

Costs for items such as meat, cold cuts, cheese and produce including lettuce, tomato, onions and green peppers have shot up by 75%, she said. Wings gone up from $89 a crate to $149 a crate and four blocks of cheese have increased from $89 to $152, Deborah said.

They have had to raise prices on menu items by about 15%, including charging 15 cents for each vegetable on a sandwich, Parks said.

“Before, we didn’t charge for vegetables on a sandwich,” she said. “Now we do. It’s still not covering costs, but it’s helping just a little bit.”

Businesses across the city are feeling the pain of surging inflation that has been occurring nationwide for several months.

The consumer price index for January, which measures the costs of dozens of everyday consumer goods, increased by 7.5% compared to the same month last year, the U.S. Department of Labor reported last month.

Dr. Gary Miller, a cardiologist and the owner of Cardiology Consultants of Danville, said costs of items for his practice ranging from envelopes for sending bills to glass thermometers to gloves and masks have increased significantly.

“There’s not much that hasn’t gone up,” said Miller, who is also Danville’s vice mayor.

The price tag for gel applied for echocardiograms has increased by 30% to 40%, he said, adding that there have been surges in costs for billing sheets (40% to 50%), covers for glass thermometers (50%), and Clorox wipes (50%).

Table paper, which patients sit or lie down on while seeing a nurse or doctor, has gone up 30% to 40%, Miller said.

“We have supplies that come from overseas,” he said. “It’s hard to get them here and they’re getting more expensive.”

For Rippe’s Apparel Furs Shoes Lifestyle store on Main Street, wholesale prices have gone up 5% to 10% across the board, said general manager and buyer Sam Rippe.

However, sales have been robust since the economic recovery from the COVID-19 pandemic, Rippe said.

Inflation has not hurt Rippe’s, he said.

“It’s not caused any major issues for us yet,” Rippe said. “We had a pretty good year last year as demand came back.”

“It’s the busiest we’ve been since I’ve been here,” Rippe said.

Rippe’s father, Ben Rippe, said manufacturers are starting to raise prices of products if they’re made in places such as Indonesia or other parts of Asia.

“They have to pay eight to 10 times more for the container [shipping],” Ben said.

The Rippes are buying as much as they can from North America, including Canada and Mexico, to reduce costs, Ben said.

As for the real estate, Wilkins & Co. Realtors supervisor Shaenice Jones said rents have gone up in the city, but not because of inflation.

“A lot of owners are increasing their rent,” Jones said. “They are doing more repairs and upgrading their properties.”

“Energy prices are a national concern right now because of the issues in Ukraine and Russia,” Grey said. “I can’t predict the future. It’s something we’re going to have to monitor going forward. We’re coming out of the heating season and warmer weather is coming, so there’s not going to be as much demand for natural gas customers.”

Prices for both dropped after U.S. and European officials said sanctions against Russia would not interrupt energy supplies or payments through banks for shipments of oil and gas, the AP reported.

Natural gas prices in the U.S. are approximately 60% higher than a year ago, the AP reported.

“We’re watching how actions in the political [arena] and issues over Europe, how they’re going to affect energy prices in the U.S.,” Grey said. “It’s not just going to be Danville, it’s going to be the whole country and the whole world.”

The Danville Pittsylvania County Chamber of Commerce paid tribute to the business community with its annual awards event last month.

City officials are working with the owners of Danville Mall to find new uses for the commercial site.

"It will serve as a mascot for the property," Rick Barker told the Danville Register & Bee after the commission's meeting.

Listening, learning and having fun: Anne Moore-Sparks settles in as new president and CEO of Danville Pittsylvania County Chamber of Commerce

For Anne Moore-Sparks, being the new president and CEO of the Danville Pittsylvania County Chamber of Commerce is a “dream come true.”

The Institute for Advanced Learning and Research announced this week Todd M. Yeatts as executive vice president of manufacturing advancement, …

The honor is billed as the nation's top award to recognize "comprehensive preservation-based commercial district revitalization."

What student loan forgiveness means for you

What student loan forgiveness means for you

Phi-lly Cheese Steaks & Things co-owner Donald Parks prepares an order for a customer. The restaurant is among several businesses in the city feeling the effects of inflation.