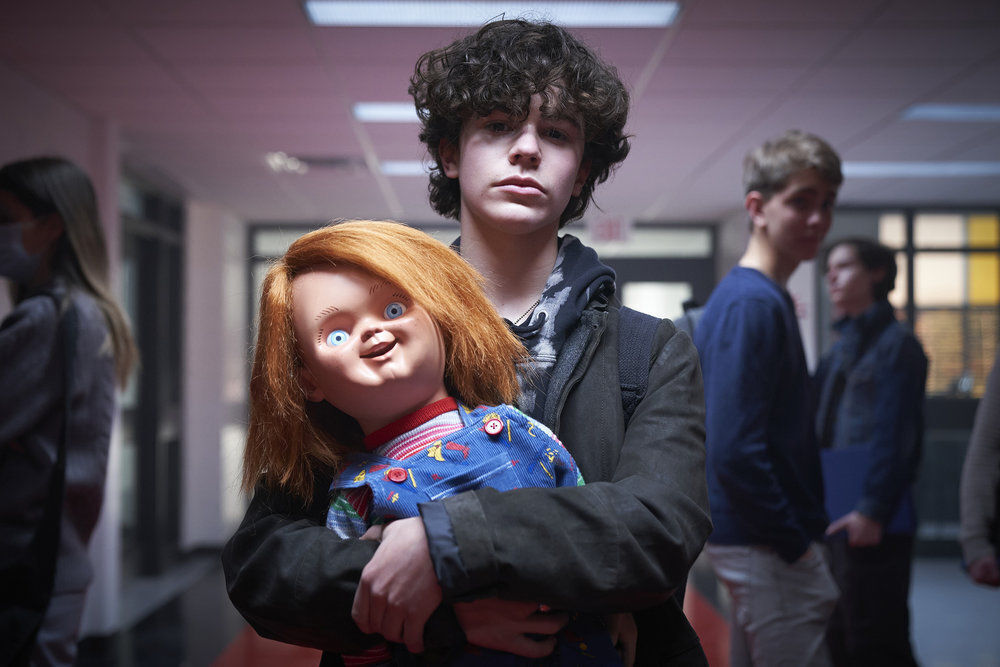 Zackary Arthur stars as Jake Wheeler, the main character of the “Chucky” TV series created by Don Mancini, who grew up in the Richmond area. 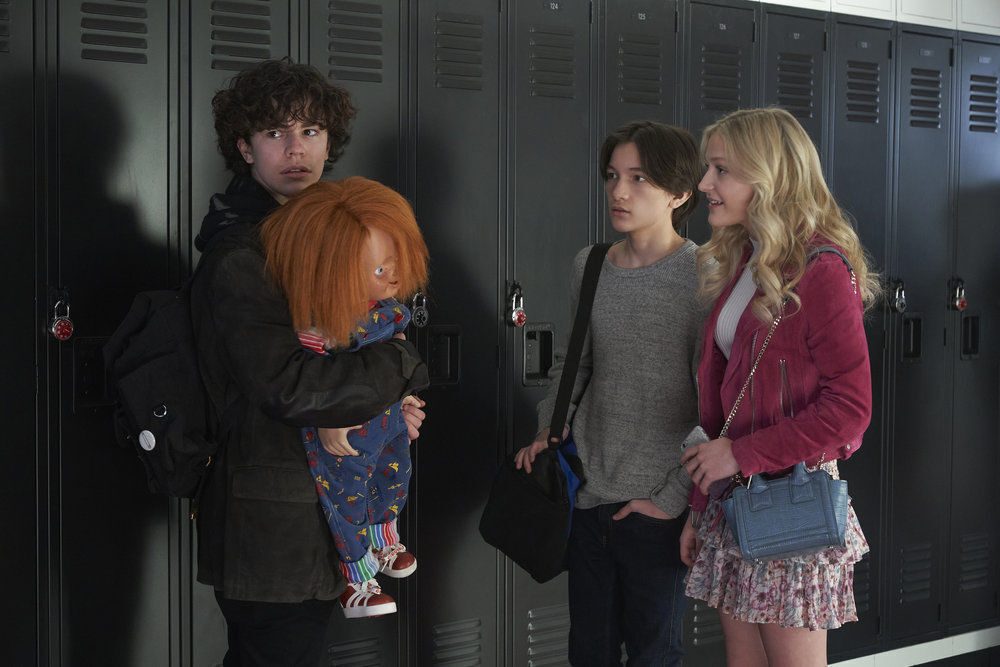 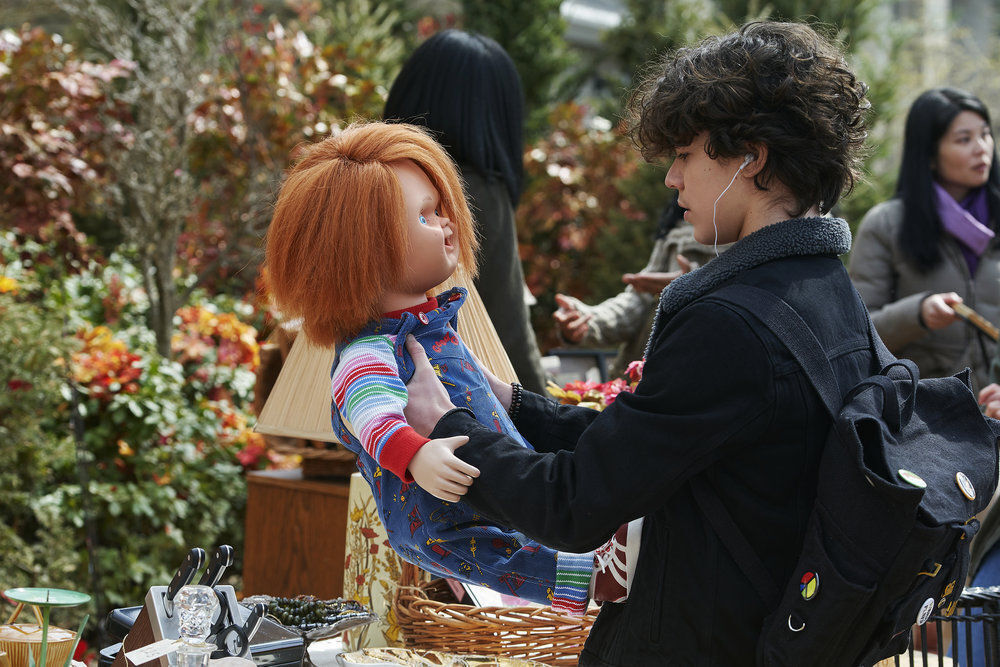 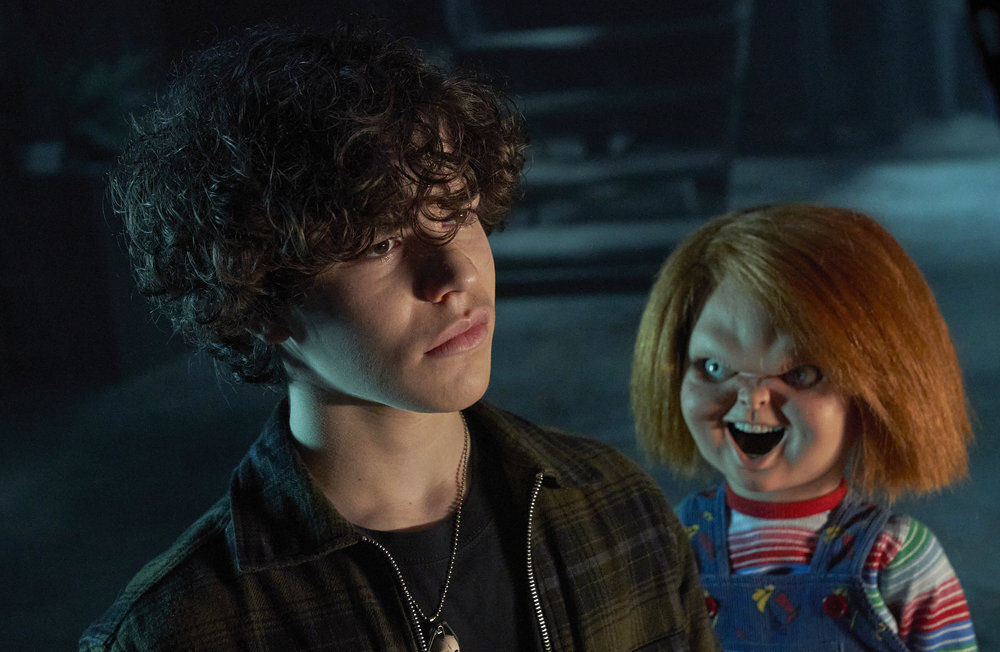 The new TV series “Chucky” follows the life of an eighth-grader, played by Zackary Arthur, who discovers the doll at a yard sale. 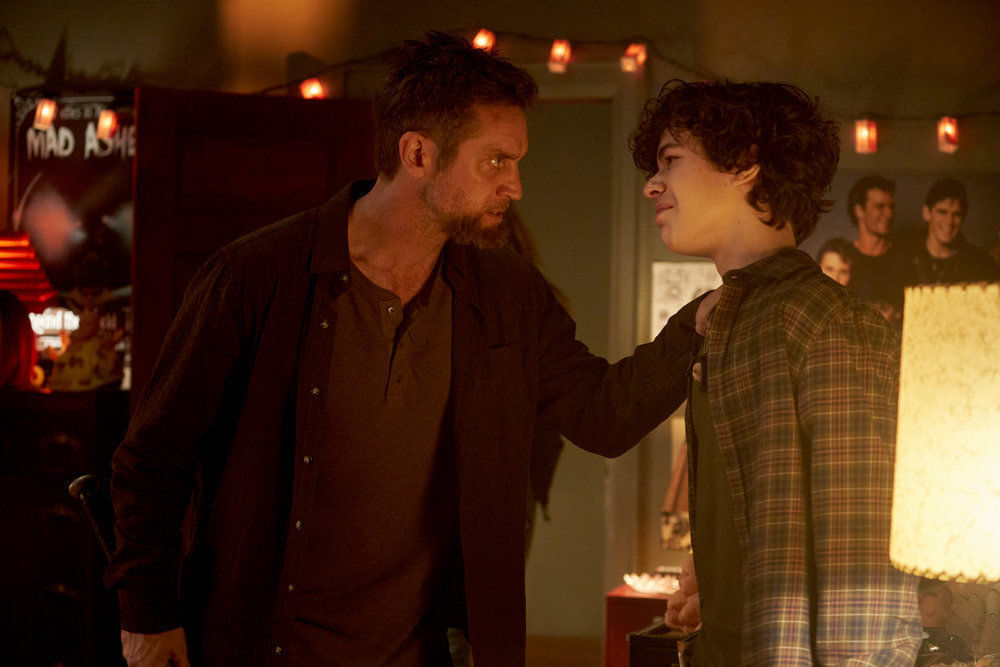 After growing up in Richmond, Va., Don Mancini, now 58, moved to Los Angeles in the mid-1980s to go to film school. He was inspired by the hysteria over Cabbage Patch dolls and came up with the idea for Chucky, the killer doll, and the movie “Child’s Play.”

He co-wrote the original movie, which was released in 1988, and launched a successful career, followed by six more movies, including “Bride of Chucky,” “Cult of Chucky” and “Curse of Chucky.”

Now, “Chucky” is coming to TV’s Syfy and USA channels. The first episode is written and directed by Mancini, who serves as executive producer for the series.

“Over the years, it’s always been important for me to reinvent the franchise. Whether as a comedy with ‘Bride of Chucky’ or as a gothic horror with ‘Curse of Chucky,’ I always try to reinvent it. That’s what keeps it fresh and part of its longevity,” Mancini said in a call from Los Angeles.

Over the years, Mancini worked his way up through the “Chucky” franchise, first as a writer, then as a producer and finally as a director. Now, he’ll be serving as a showrunner for the “Chucky” series.

“I’ve always loved television,” Mancini said. “To take ‘Chucky’ to TV, to have eight hours of television real estate at my disposal vs. 90 minutes [for a movie], that was really exciting.”

The new TV series “Chucky” follows the life of an eighth-grader who is gay and experiencing first love. Mancini told the Syfy network that there was “a whiff of real-life pain,” as some of Jake’s story is based on Mancini’s own experiences growing up gay.

“I was in eighth grade in the 1970s. That was a hard time,” Mancini said. “Frankly, Richmond was a hard place to be a gay 14-year-old.” Mancini attended A.M. Davis Elementary School, Providence Middle School and St. Christopher’s School.

“I don’t know if I was fully out to myself,” he said. But he did come out in Hollywood as one of the first openly gay writers in the slasher film genre, along with Clive Barker.

“It got to a point where it was bothersome not to talk about it anymore,” Mancini said. He had started introducing gay characters in movies like “The Bride of Chucky.”

“When I was doing press for ‘Bride of Chucky,’ I started talking about it then. I was happy to be able to do that and to work in an industry that’s hospitable. I’m really glad that the world is at a point where we can have a 14-year-old lead character in a major network show be gay.”

Bullying is a major theme in the new “Chucky” series, an issue that Mancini said he also experienced in high school.

“In some small way, I’m addressing that with the show,” he said.

“I decided to focus on eighth-graders and put Chucky into a world of teenagers. At that age, you’re dealing with more complicated issues, like bullying,” Mancini said. “One of the important things to do with horror is to keep the metaphor in mind. In the ’80s, [Chucky] was a metaphor for commercialist capitalism run amok. Here, it’s a metaphor for bullying. Chucky is the perfect bully because he comes as he always does, in the guise of being your best friend.”

The show brings back many “Chucky” character favorites, including Brad Dourif as the voice of the homicidal toy. Jennifer Tilly plays Tiffany Valentine, girlfriend of Charles Lee Ray, a murderer who was Chucky’s original human form.

In the new TV series, Chucky is discovered at a suburban yard sale by Jake, the main character, setting off a series of horrifying murders. Jake watches as his new “friend to the end” starts to kill his frenemies, throwing his entire town into chaos, and has to decide whether to stop him.

Naomi Campbell had an emotional moment on the Alexander McQueen runway

The words spell it in a post on the Something In The Water Music Festival’s Facebook group: “We want to be a part of the SOLUTION.”

'It's not helpful': Jonah Hill asks fans not to comment on his body

"I know you mean well but I kindly ask that you not comment on my body," he wrote to his 3.1 million followers.

REVIEW: 'No Time to Die' is one of the best films of the year

A walkout would bring film and television productions across the country to a standstill and would be the biggest Hollywood labor dispute in more than a decade.

New Superman will come out as bisexual, DC Comics says

'Squid Game' is Netflix's 'biggest ever' series launch. Here's why.

The dystopian series, in which contestants who are deeply in need of money play deadly children's games to win cash prizes, has been viewed by 111 million accounts.

MOSCOW (AP) — Russian news reports say an actor has died in an accident during a scene change at Moscow's Bolshoi theater.

LOS ANGELES (AP) — Cher has sued the widow of her former musical partner and ex-husband Sonny Bono over royalties for Sonny and Cher songs including “I Got You Babe” and “The Beat Goes On."

Zackary Arthur stars as Jake Wheeler, the main character of the “Chucky” TV series created by Don Mancini, who grew up in the Richmond area.

The new TV series “Chucky” follows the life of an eighth-grader, played by Zackary Arthur, who discovers the doll at a yard sale.