Subscribe
Read Today's E-Edition
Share This
'She defied a lot of odds.' A year ago, little Ella came home from hospital a day before Thanksgiving. She weighed a little over 1 pound at birth.
0 Comments
Share this

This year's Thanksgiving travel season will be the biggest since the start of the pandemic and the third largest for travel in the last 20 years. CNN's Pete Muntean reports on the viral tips and hacks to beat the holiday rush.

A year ago their baby girl, Ella, came home the day before Thanksgiving after weeks in neonatal intensive care unit at the University of Virginia medical center after being born prematurely and weighing a little over 1 pound.

“We knew that Ella would be small from her first ultrasound. The doctor was not too concerned at that time; however, on subsequent ultrasounds it became evident that she was not growing properly,” said Chris, a physical therapist assistant at Danville’s Piney Forest Health and Rehab Center. “We were referred to the high-risk pregnancy center at UVa and at that appointment, in early July 2021, they advised that Caitlin be admitted immediately so that they could continue to monitor Ella in a safe environment.”

She explained that Ella’s lack of growth was due to intrauterine growth restriction, and the “blood flow in the umbilical cord was reversed, so Ella didn’t get enough oxygen and nutrients.”

After several weeks in the hospital of being monitored and hoping that Ella wouldn’t be born until 36 weeks of pregnancy, the doctors concluded that Caitlin was going into pre-term labor at 28 weeks and three days.

“Ella’s heart was not tolerating the contractions very well, so they decided that she needed an immediate C-section. She was born on July 28, 2021, at 1 pound 13 ounces,” Chris said. “She was very sick for the first month of her life. Due to her lungs being so underdeveloped, she had to be intubated and put on the ventilator.

“She experienced several other potentially life-threatening sicknesses during her 119-day stay in the NICU, including both viral and bacterial pneumonia, sepsis and rhinovirus. At one point she had to be removed from the NICU and taken to another wing of the hospital on isolation due to the risk of her transmitting rhinovirus to the other babies via the ventilator. Throughout her whole stay it seemed like we would take one step forward and two steps back.”

She was finally well enough that she was able to come home the day before Thanksgiving last year on supplemental oxygen and 24/7 monitoring of her vital signs.

“She is the first baby for both of us, and the day we got to bring her home was long-awaited and filled with so much joy and nervousness,” said Chris. “But despite having her home with us, the sleepless nights spent worrying continued.”

Caitlin said that last Thanksgiving Day was “so strange.”

“It was kind of like a dream,” she said.

They were alone with their baby for Thanksgiving Day, and Caitlin cooked jambalaya, she remembered.

Chris said it was a day unlike any other they’d had.

“We spent that day recovering from the excitement of the day prior, and my family came up a few days later to visit and hold their 3-month-old grandbaby for the first time. She’s also the first grandchild from my generation,” he said. “We truly could not have asked for a better Thanksgiving gift.”

Both parents say they still worry a lot, but Chris said his worries were calmed a lot when they returned for her NICU follow up in January and Ella was removed from the supplemental oxygen.

She was in physical, occupational and speech therapy until this summer.

“I feel like I’m still worried, but I stopped worrying so much when she stopped being sick, which was October of last year,” Caitlin said.

Ella is now a very happy and healthy little girl, who weighs almost 20 pounds, but is still small for her age. Chris is glad she is on the growth charts, however, because when she was so small, she wasn’t even on the charts yet.

She is lagging behind three or four months developmentally, but that is to be expected.

This Thanksgiving Caitlin’s family will be with Ella and her parents, and the family will be grateful as they reflect upon how far Ella has come in the last 15 months.

“I’m grateful Ella is not on oxygen and she’s healthy and like a normal baby,” Caitlin said. “She defied a lot of odds. She is doing perfect now.”

These tips will make your Thanksgiving travel go smoother

Study: The effectiveness of the COVID-19 vaccine can increase with added exercise

Questions to ask yourself before adopting a pet

Questions to ask yourself before adopting a pet

Why walking backwards is amazing for your health

Why walking backwards is amazing for your health 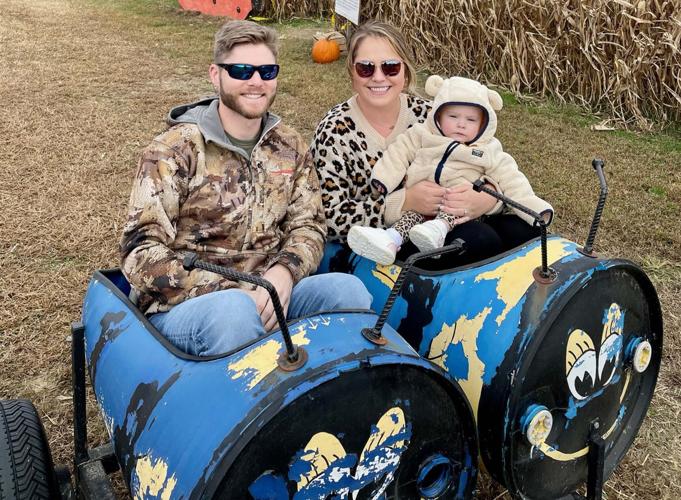 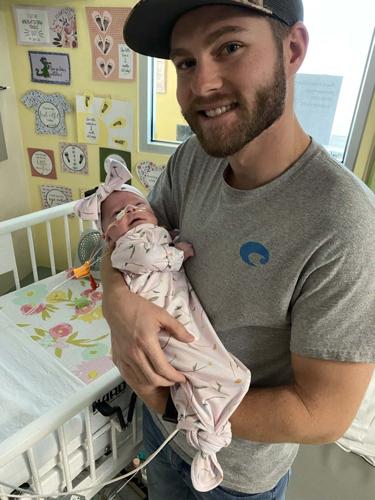 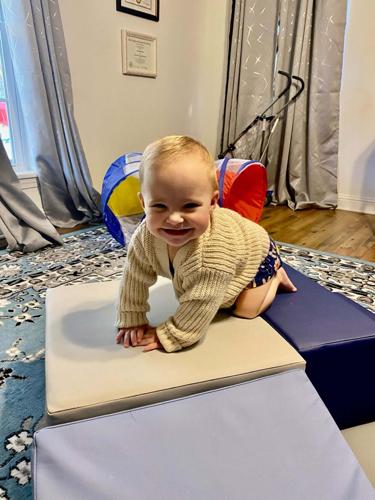 Ella France was born in July 2021 and weighed a little more than 1 pound. She has steadily progressed in the last 15 months.