With our weekly newsletter packed with the latest in everything food. 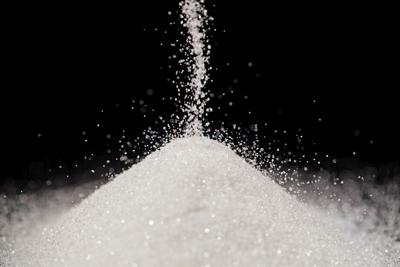 Sugar is one of the most contested and controversial ingredients in today’s diet. Current wisdom asserts that honey, stevia and other natural sweeteners are better for you than refined white cane or beet sugar. But are they?

5 maple syrup recipes for the sweet and savory lovers alike

The answer is complicated. According to registered dietitian, Leslie Bonci, our bodies can’t really tell the difference. When comparing nutritive sweeteners such as sugar, coconut sugar, date sugar, honey or molasses, “a calorie of sugar is a calorie of sugar,” and interestingly, most of these count about the same in a teaspoon, notes Bonci. She explains that some contain trace nutrients and some taste sweeter than table sugar, which means you may use less which saves calories.

So, unless you’re seeking a vegan alternative — all options below are vegan-friendly with the exception of honey — it really comes down to flavor and how you want to use your sweetener.

Because of the sweeter flavor profiles in maple syrup, honey and agave nectar, you can use less than sugar in baking by substituting ⅔ cup agave nectar or ¾ cup maple syrup or honey for 1 cup of sugar. The liquid, such as milk in a cake, will need to be reduced in the recipe to account for the added moisture. For 1 cup of liquid sweetener, reduce the milk by 3 tablespoons. These sweeteners also tend to promote browning, so reduce the oven temperature by 25 degrees. Keep a close eye on any foods baked or grilled that use these sweeteners in a sauce or marinade as they can burn quickly at high temperatures.

Maple syrup: Marked by hints of vanilla and caramel, pure maple syrup has a lower glycemic index than granulated sugar and is a natural source of vitamins and minerals. Drizzle over oatmeal, brush on winter squash and roasted pork, chicken or salmon, thicken and toss with Brussels sprouts and stir into beverages, sauces and marinades. Maple sugar is created after the syrup boils until all of the liquid evaporates. It can be used in the same ratio as granulated sugar in baking, but it will impart some maple flavor. For a milder maple flavor, use a combination of the two.

Honey: Honey is a popular addition to glazes, sauces and vinaigrettes. Mash honey into sweet potatoes, whip into butter, drizzle over cheese to elevate an appetizer or use it to sweeten beverages from smoothies and lemonades to tea and punch. Bartender Raelynn Gigler of Pittsburgh’s Dish Osteria prepares a simple syrup for cocktails such as a Bee’s Knees or a Penicillin because of floral notes you don’t find in sugar. “I do equal parts honey to water and gently heat to combine,” she says. “No need to boil or simmer.”

Stevia: Made from the leaves of the stevia plant, stevia-based sweeteners are calorie-free and up to 300 times sweeter than sugar. Packaged in powder form in a 1-to-1 ratio equivalent to sugar, stevia is also available in liquid form. You can bake with it or use to sweeten beverages, sauces, jams — anything that uses sugar. Some are put off by its slightly bitter aftertaste, and if stevia is mixed with a sugar alcohol like erythritol, it can cause digestive issues, says Bonci. But if you’re looking for a low-carb, keto-friendly option, you can stop at stevia.

Agave: Extracted from the blue agave plant, agave is a thick, golden or amber nectar which is also available in granulated form. More caloric than sugar, it’s also sweeter so you’ll use less. Agave nectar is a convenient alternative to have on hand instead of preparing a homemade simple syrup. It dissolves quickly in hot beverages and also works well in cocktails, especially those made with tequila which also comes from blue agave, says Gigler. “You’ll find a bit of vegetal and grassy notes in both agave nectar and tequila, so the flavors complement each other.”

Date sugar: Made from dehydrated dates, date sugar is granulated and has a sweet butterscotch-like flavor. It can be used as a 1-for-1 replacement for white or brown sugar in baking but won’t dissolve completely in hot liquids. Date sugar contains some fiber and fewer calories than refined sugar.

Coconut sugar: A natural, caramel-colored sugar made from coconut palm sap, coconut sugar is less processed than table sugar, has a lower glycemic index and contains trace minerals and antioxidants. It tastes like regular sugar with a hint of coconut and can be used as a 1-to-1 replacement for white or brown sugar in baking. You can also use it to sweeten beverages and sauces, and it’s popular in paleo and keto diets.

Molasses: A byproduct from processing sugar cane or sugar beets, light molasses is the sweetest and used more frequently in baking and to sweeten hot cereals. Dark, robust molasses has a more intense flavor that can overpower some recipes. Best in savory dishes like barbecue sauce or baked beans, it also works well in baked goods where you want a strong molasses flavor like gingerbread. Blackstrap molasses is darker still and can impart a bitter flavor to baked goods, so it isn’t recommended as a substitute unless specified by the recipe. It does have some nutritive benefits: One tablespoon provides 20% of the daily value for iron. So, for those with an iron deficiency or anemia, it’s a food source that can be of benefit, says Bonci.

Monk fruit sweetener: Derived from Asian monk fruit, this sweetener is up to 200 times sweeter than sugar and has zero calories. It’s often used in candy, beverages and condiments as well as cookies and other desserts. Another keto-friendly option, use cup-for-cup as a replacement for table sugar.

With our weekly newsletter packed with the latest in everything food.

Old State Farms updates a breakfast favorite with barrel-aged maple syrup; and a chef uses it in sweet and savory recipes alike.

It's never too late to train your dog, experts say

Watch Now: Is a four-day workweek the future?

Watch Now: Is a four-day workweek the future? 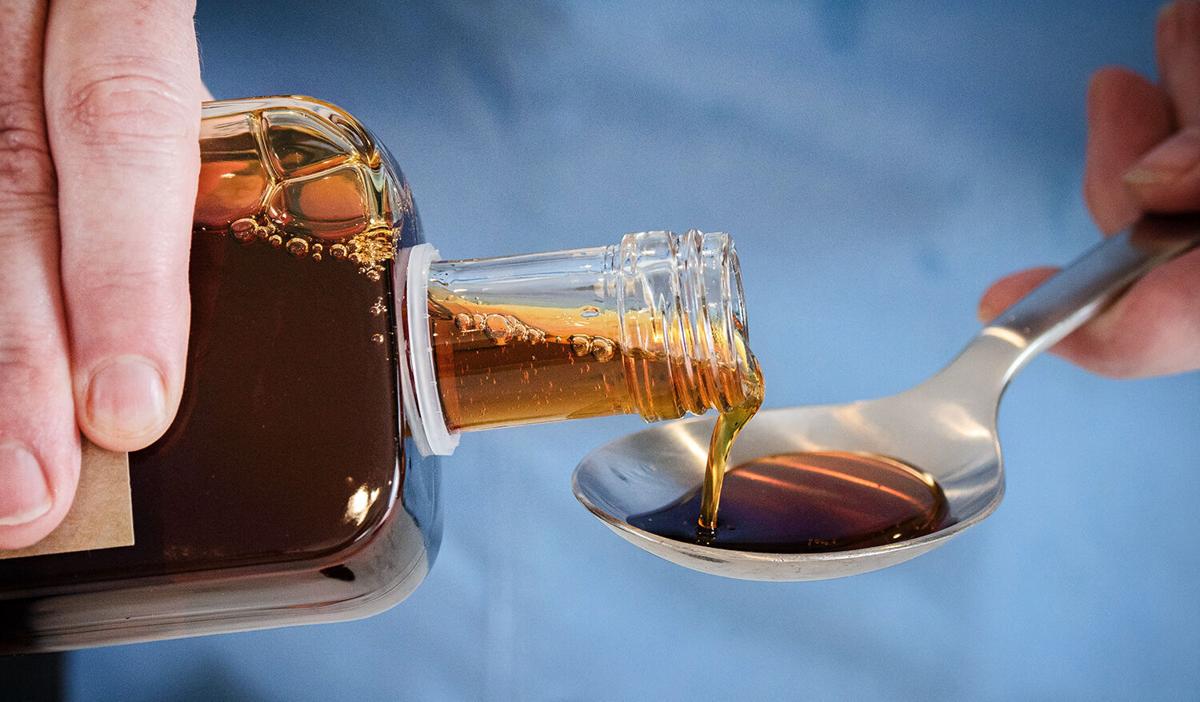 Maple syrup is sweeter than sugar, so you can use less in a recipe. Photo by Zach Straw. 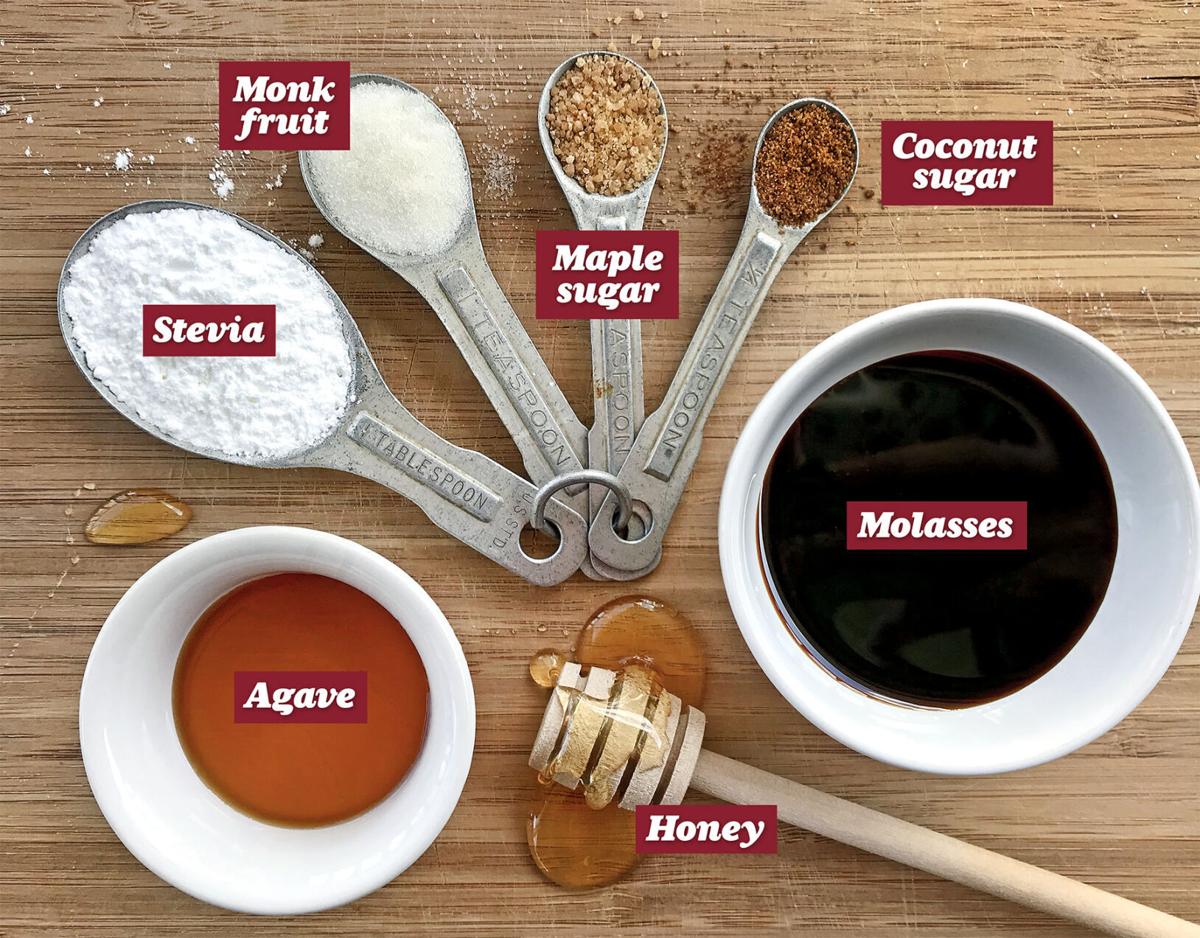