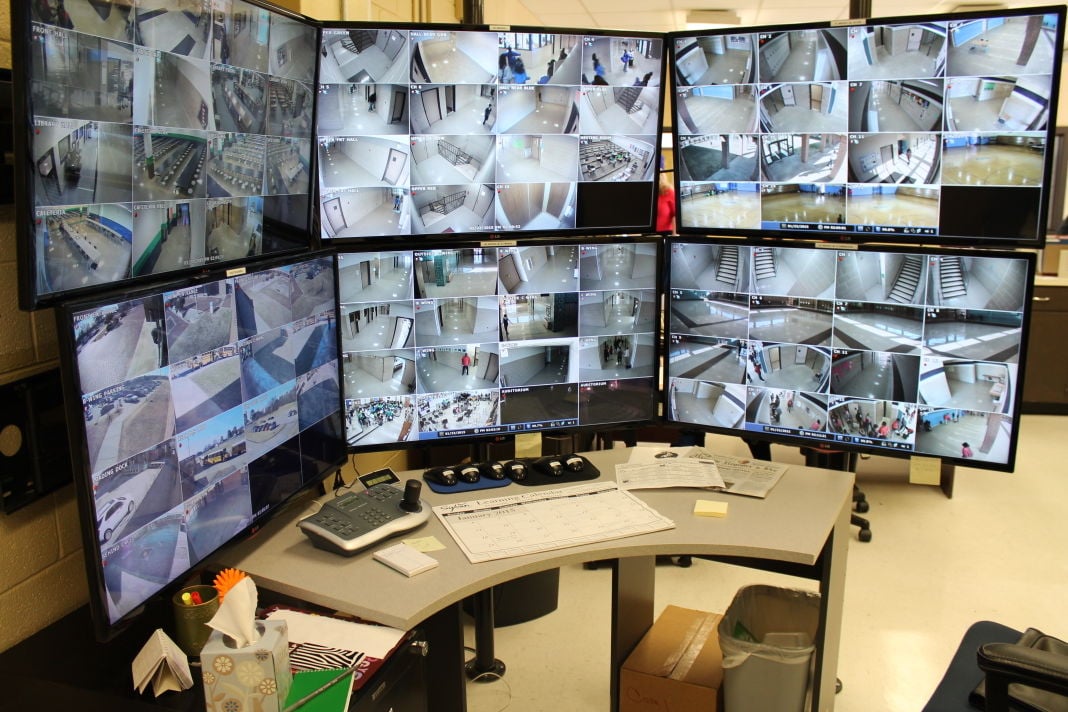 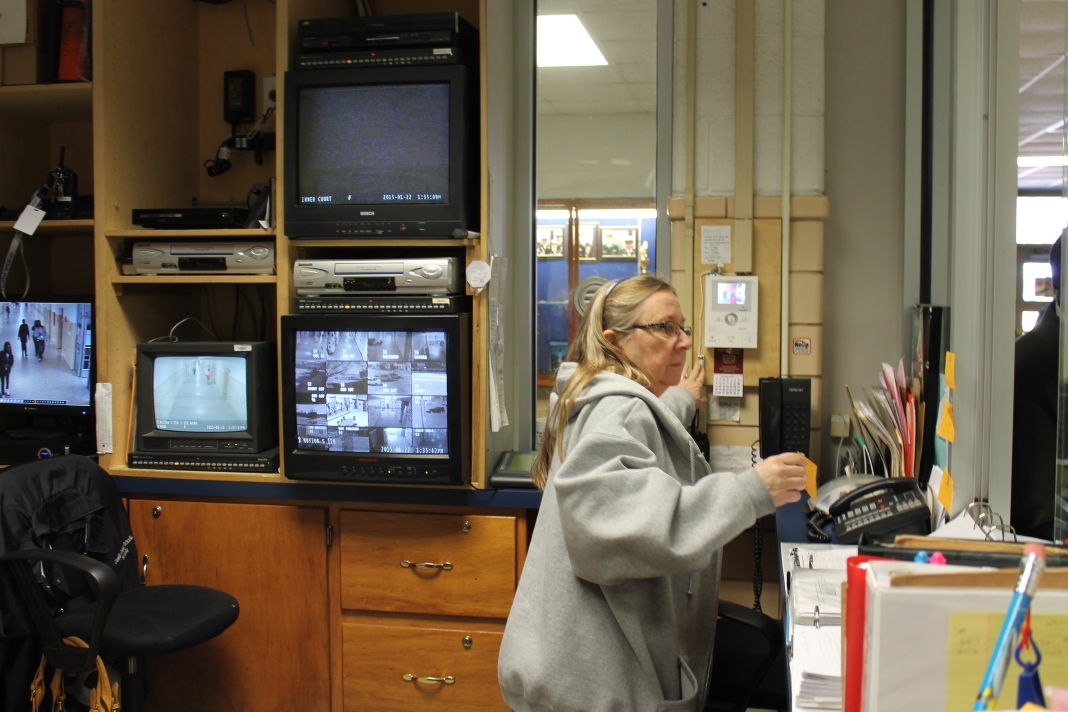 When director of security for Danville Public Schools Dave Cochran began his demonstration of Bonner Middle School’s new security system, school security officer Melissa Miller was in the midst of catching a couple of troublemakers in gym class.

She was looking for a few students who were apparently pulling up the tape on the basketball court while waiting for class to start. With a click of the mouse, she opened up the gymnasium camera to fill the 42-inch monitor, one of six screens in the station. Sure enough, a couple of students were messing with the floor. Brower zoomed in with the mouse, and the students’ faces were clearly visible on the HD screen.

Bonner’s security system was upgraded last August, after a year of increased discipline issues and police activity at the middle school. A similar system is set to be installed soon at George Washington High School, after the school snagged nearly $100,000 in grant funds from the state of Virginia.

At the high school, Cochran and security officer Betty Brower demonstrated the old system, installed in 2006. Four small 11-inch monitors scrolled through the school’s camera feeds. The only way to record vid-eo was from VHS tape, so only a few days can be stored on the cameras at a time.

“There’s just a better product out there now than there was in 2006,” Cochran said. “These have done amazing for all these years.”

At Bonner, the difference in image quality is immediately clear. Miller said she could almost instantly indentify a student almost anywhere on campus. Bringing up one of the school’s two outside pan-and-zoom cameras, she zoomed in across the street to the café and fire station on Piney Forest Road, and pointed out the legible signs around the properties.

Referrals up at elementary schools in Danville

Though discipline problems decreased in the schools overall, Danville elementary schools saw a 70 percent increase in referrals during the recently completed fall semester compared to the same period in 2013.

Cochran said in the last few year, the security team had also gained new knowledge about where to place cameras. During class change, he showed how one could track almost every student from leaving class through the hallways and stairwells and into their next class.

“We’ve realized through experience now that those are areas that have to be covered,” he said, referring to the stairwells.

The cameras also better prepare the schools for lockdown situations, Cochran said. Security and police will have eyes all over the campus, and be able to locate students or staff at a moment’s notice.

Unless the area is completely dark, the cameras can also pick up activity at night and in low-lighting sit-uations.

“Outside in the parking lots, you can see stuff at night,” Miller said. “You can see what’s going on.”

In addition to the new cameras, the events of the previous school year brought a renewed focus on disci-pline and security to the district. Cochran began implementing a crisis intervention plan in the schools, and staff was given clearer guidelines on discipline referrals and reports. The school board also has received monthly updates on discipline numbers.

Cochran said the team was planning on moving forward with a bid for the high school system at an up-coming school board meeting, and the system will be installed by the end of the semester.

No one was injured in the incident.

Other constitutional officers in city are running unopposed.