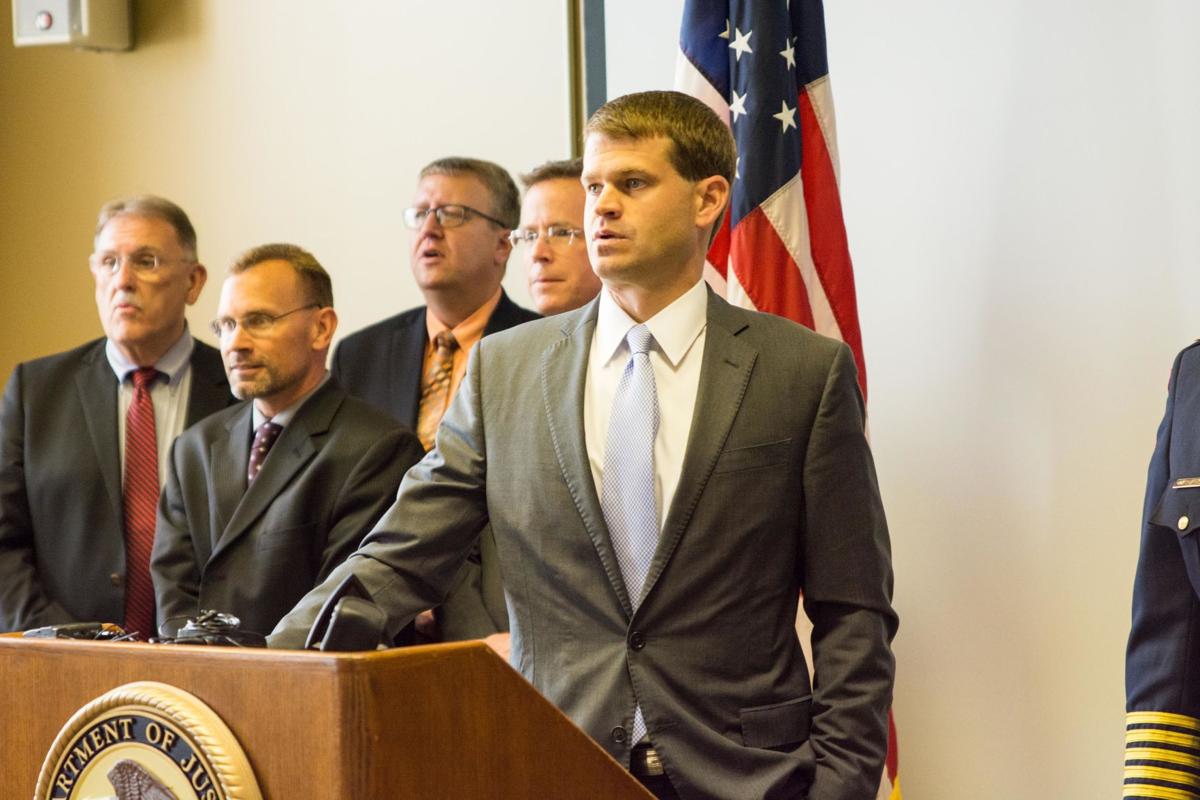 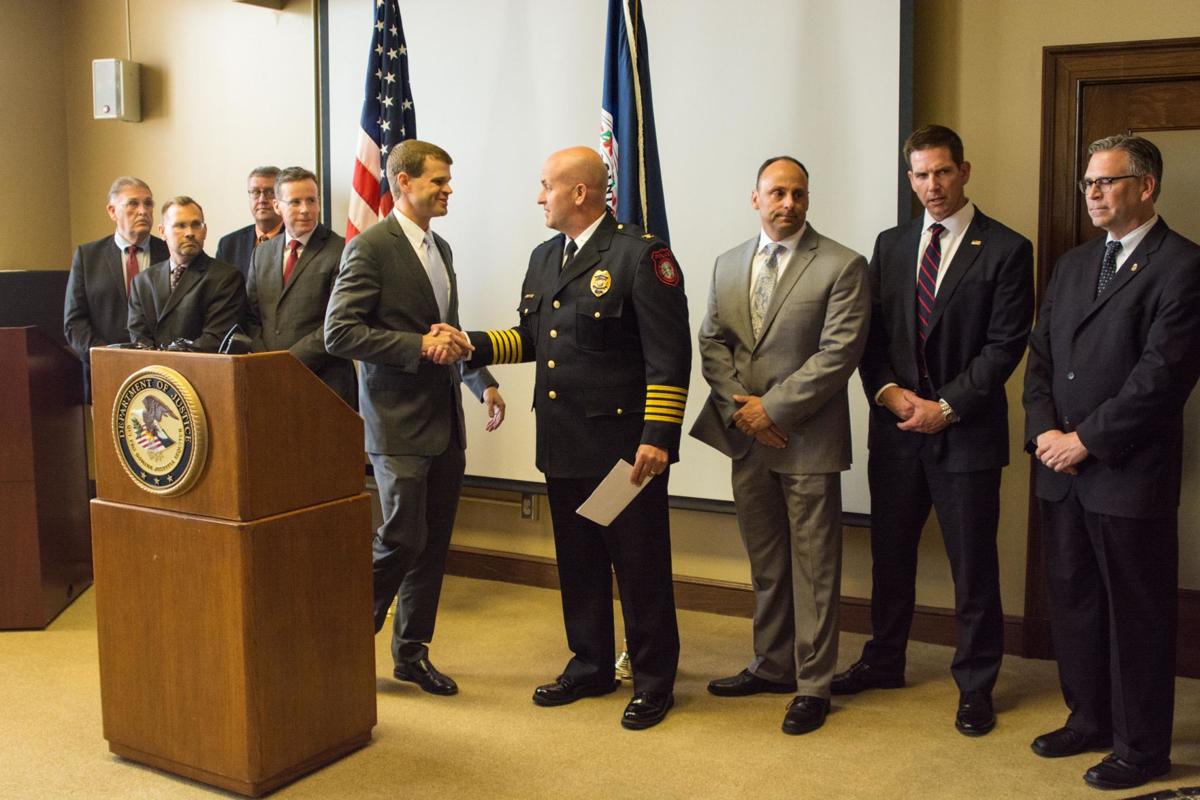 In what officials called the most significant prosecution of local gang activity in the past decade, a multi-agency effort led to the indictment of 18 suspected gang members and associates in Danville, announced U. S. Attorney Thomas Cullen on Thursday.

Some charges for 14 of the suspected gang members were in connection with to the fatal shooting of Christopher Lamont Motley and attempted murder of Justion Wilson in the Southwyck Apartment complex on North Hills Court on Aug. 20, 2016. Cullen said the suspects were involved in the orchestrating of a shootout where Motley, an innocent bystander, was caught in the crossfire.

While some of the suspects indicted were arrested in a tactical operation on Thursday morning, Cullen said law enforcement officials are working to locate the remaining fugitives.

Officials were unable to say which of the indicted suspects are fugitives at this time.

“This is a first step. As long as I am U.S. attorney, we will continue to work together to identify the drivers of violent crime in this community and send them to federal prison,” said Cullen.

He made the announcement during a news conference at the Danville Municipal Building while flanked by members of local, state and federal police.

The indictments come after two years of increased homicide rates in the city. In 2016, Danville saw the number of homicides jump from a low of six the year before to 16 with a higher rate per capita than Chicago. Last year, there were 13 homicides.

Danville Police Chief Scott Booth said: “Many people tell me they are afraid to leave their homes at night, but I’m here to tell you that as a community standing together, ... we can overcome this. We are stronger than the crime and fear of crime that has gripped our city.”

A grand jury in the U. S. District Court in Charlottesville indicted the 18 suspects Monday, with the court documents sealed until Thursday morning. 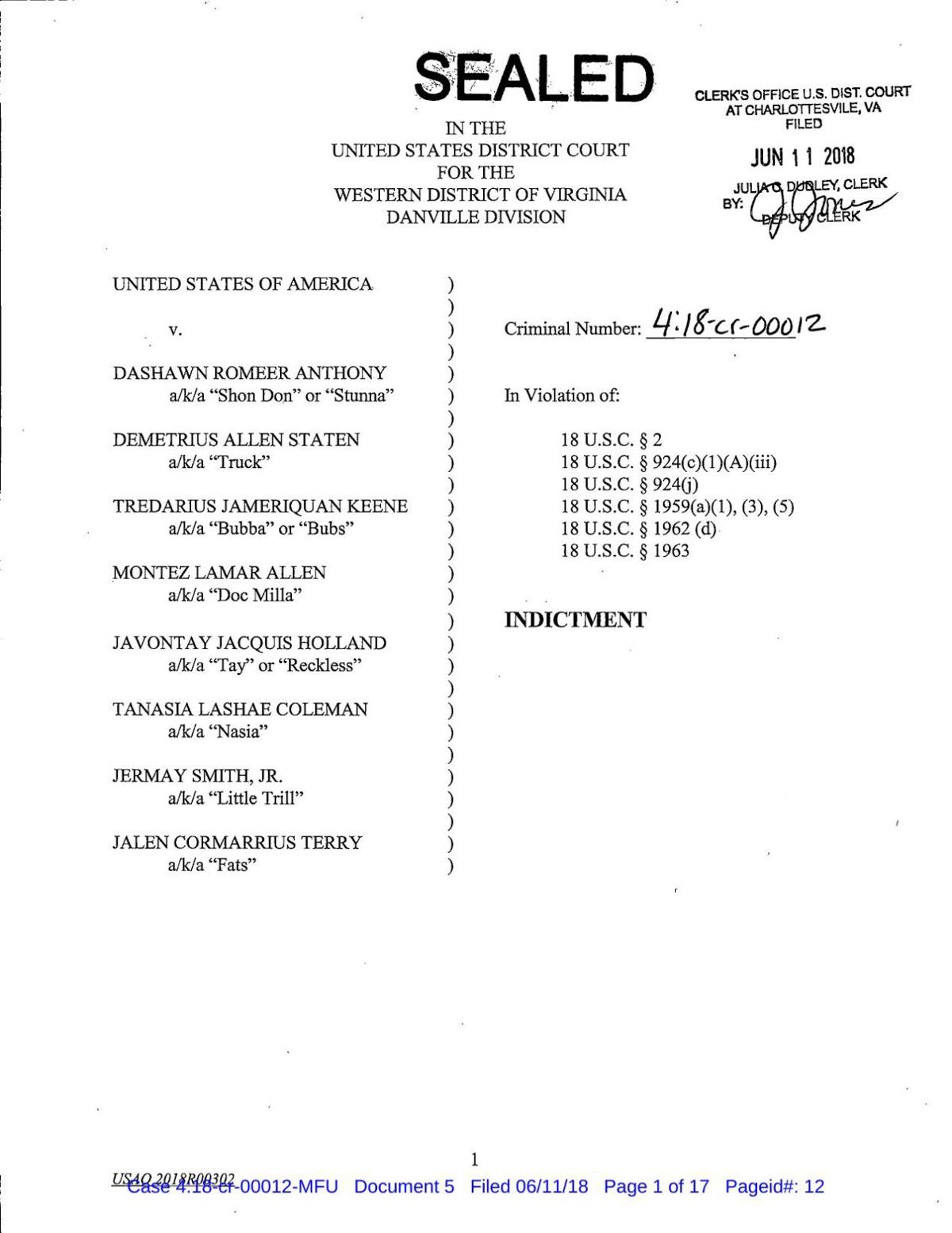 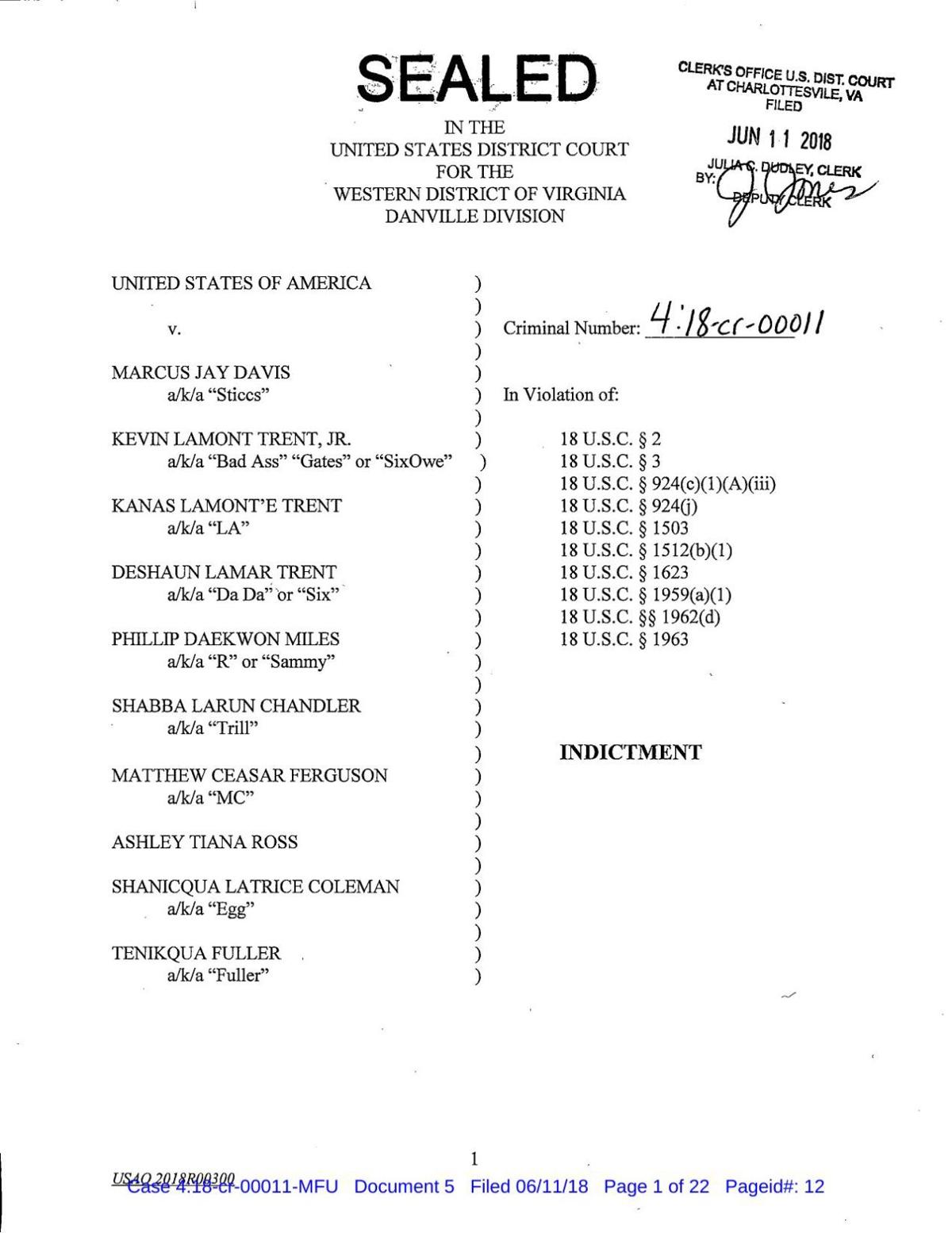 The first series of indictments are against eight suspected members of the MILLA gang, and the second series against seven suspected members of Rollin 60s gang and three associates. The 15 suspected gang members were indicted on charges of federal racketeering conspiracy, murder, attempted murder and numerous counts of using firearms during the commission of violent crimes under the Racketeer Influenced and Corrupt Organizations Act.

The anti-racketeering act, often known as RICO, is a federal law enacted in 1970 that allows prosecutors to charge leaders and members of an ongoing criminal organization for acts performed either personally or on their instruction. It provides mandatory extended criminal penalties for those found guilty.

In addition to the alleged connections with the Aug. 20 homicide, the indictments state that five suspected MILLA members are tied to the attempted murder of Armonti Devine Womack and Dwight Montel Harris at the Southwyck apartment complex on June 15, 2016.

Kevin Trent Jr. also was indicted on two counts of witness tampering, with court documents stating that he threatened individuals “to influence, delay, and prevent” their testimony to a federal grand jury investigating Danville’s gang violence.

Also indicted are three female associates of the Rollin 60s on charges of being accessories after the fact, obstruction of justice and perjury. Ashley Tiana Ross, Shanicqua Latrice Coleman and Tenikqua Fuller were charged with accessory after the fact.

With the city’s longstanding history of gang violence, law enforcement noted a troubling trend with the current state of Danville’s street gan…

Ross and Coleman’s perjury count stem from their alleged false testimony before a federal grand jury on May 7, court documents show.

The suspects arrested on Thursday morning will have their first appearances in U.S. District Court in Roanoke, said Cullen.

Halle Parker reports for the Danville Register & Bee. Contact her at halle.parker@registerbee.com or (434) 791-7981.

While trial won’t be held in Danville, city jurors may hear gang case

ROANOKE — Eighteen suspected gang members federally indicted on charges of murder, racketeering and accessory to a crime could face a jury com…