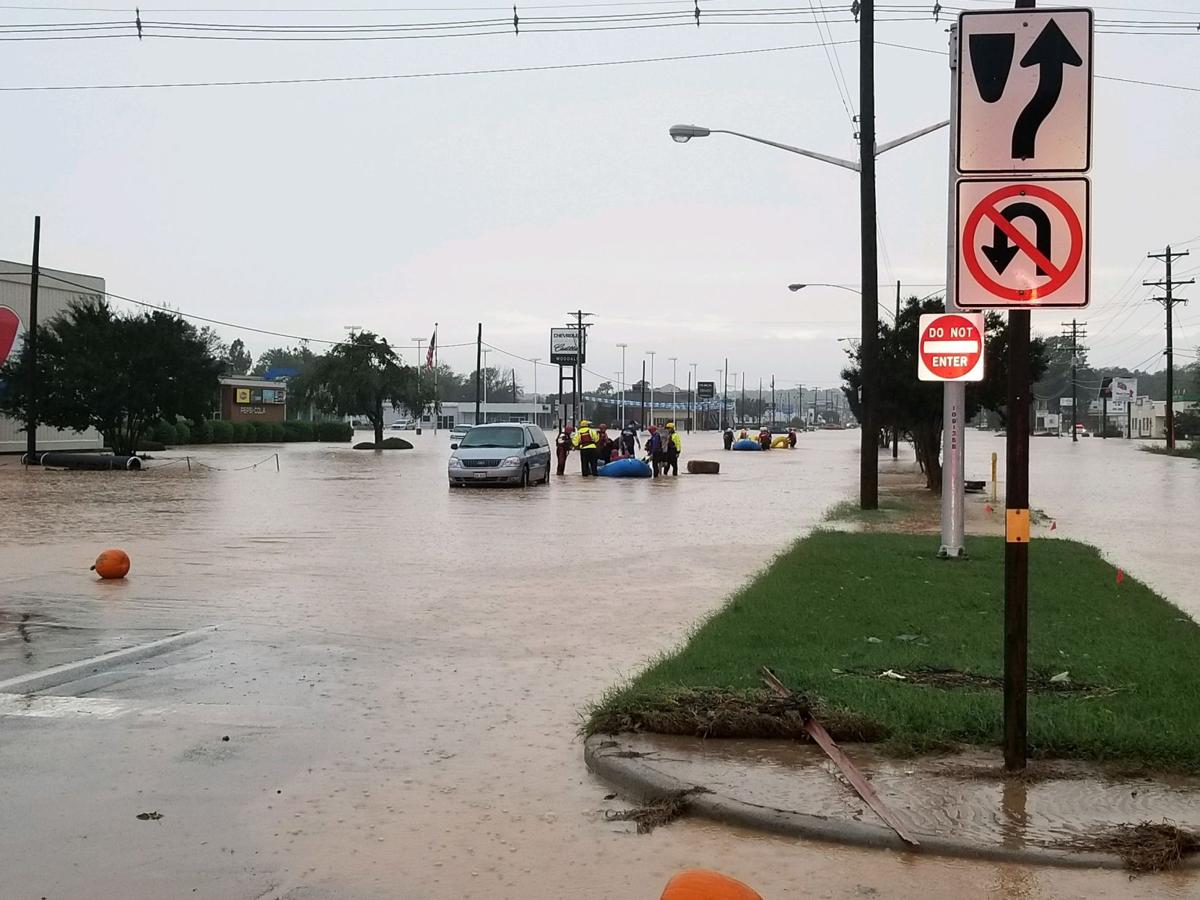 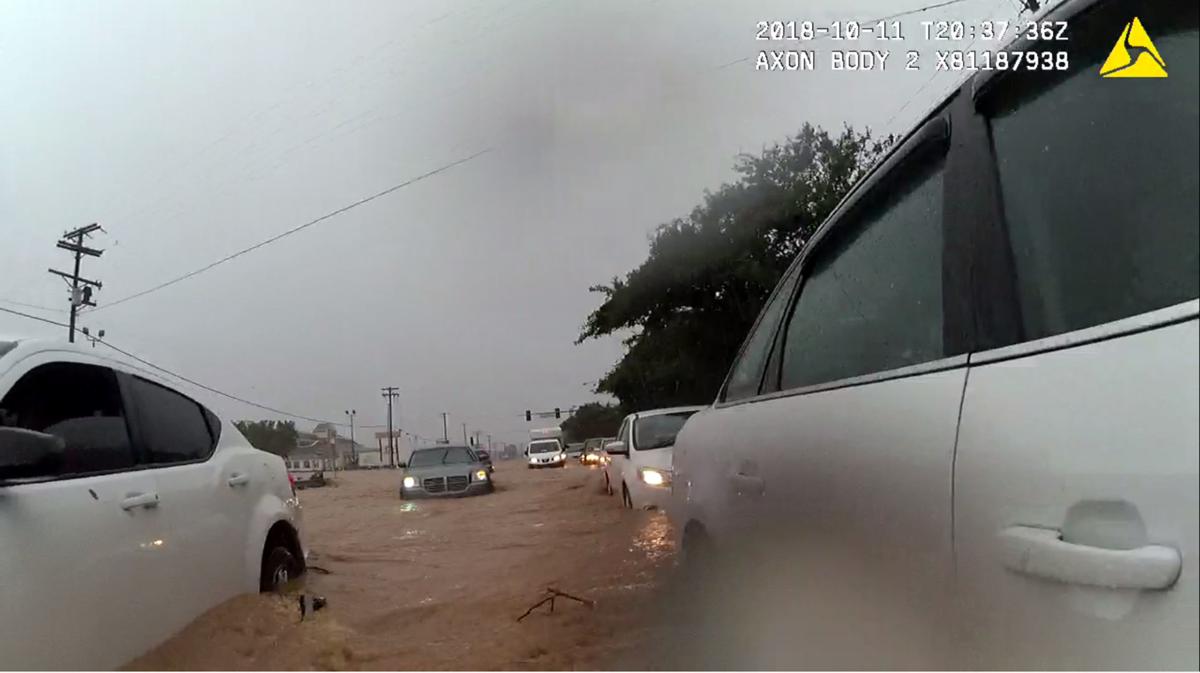 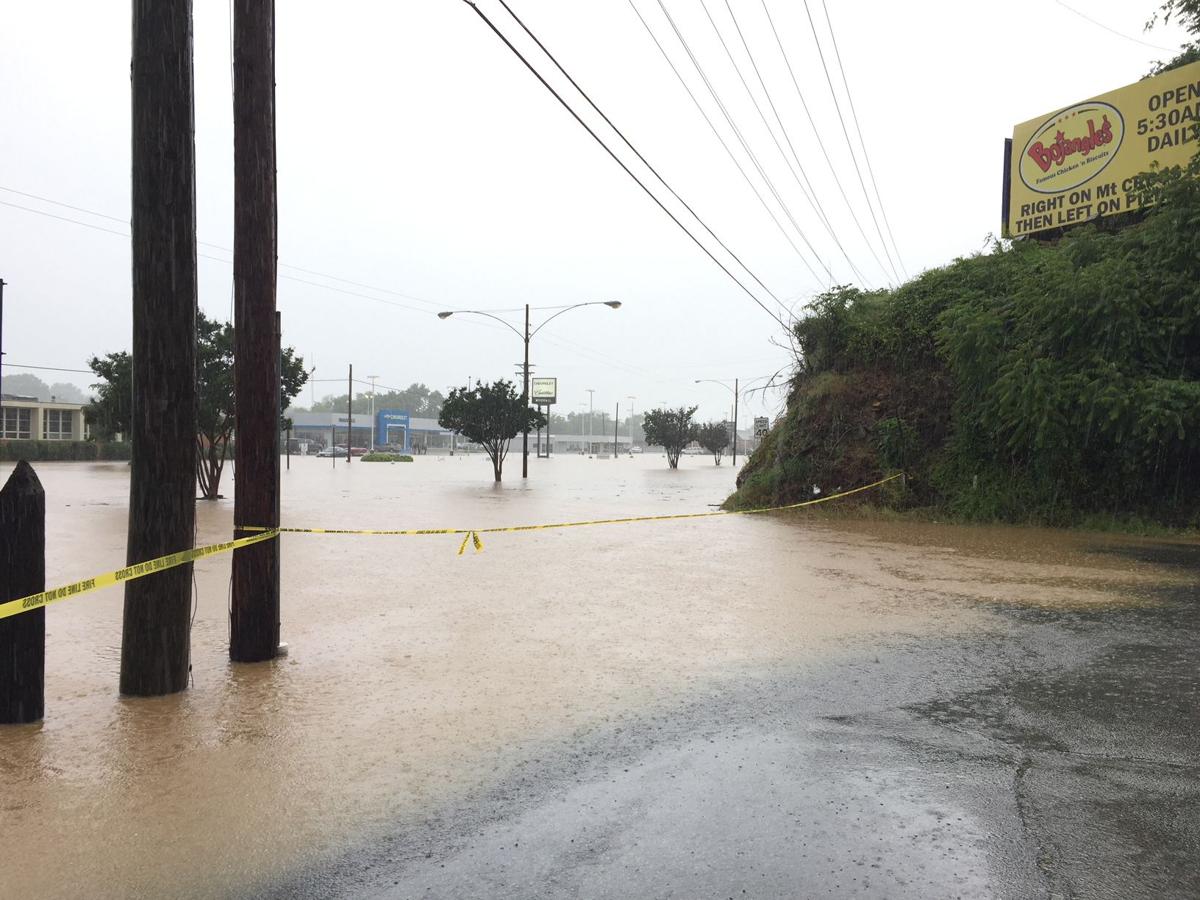 Flooding closed parts of Riverside Drive in May 2018.

Danville will use $150,000 in emergency management money to study how to reduce flooding at part of Riverside Drive.

The study, expected to begin in May and end in 2022, will review the lower reach of Apple Branch Creek near Audubon Drive and Riverside Drive.

Flooding in September 2018 damaged about 60 to 65 cars at Robbie Woodall’s car dealerships along Riverside. Almost all the cars were a total loss due to water damage. Conditions there resulted in about $3.5 million in damages to vehicles and another $200,000 in damages to other properties at Woodall Chevrolet and Woodall Nissan on Riverside Drive at the time.

“It’s long overdue,” Woodall said of the study Thursday. “This has been going on since 2018.”

Woodall said he has been constantly checking with the city and asking how the problem will be solved.

“This needs to be a priority.” he said, adding that lots of retailers are affected by flooding issues in that area as well.

Damage from flooding increases costs for businesses, including those for insurance, Woodall added.

Also, Heart Line Restaurant was forced to close its Riverside location at the end of 2018 because the owner could not afford to keep making repairs to the building, especially since flooding from Tropical Storm Michael in October 2018.

The restaurant, which first opened in 1957, later re-opened on South Boston Highway.

The study is estimated to cost around $200,000. The $150,000 will cover 75% of the study’s cost, Dunevant wrote in a letter to Danville City Council. The city would providing the remaining 25% in matching funds.

Timmons Group, based in Richmond, will conduct the study, said Dunevant, who was not sure exactly how much it would cost.

“We do not have a final proposal yet,” he said.

The city plans to use the study — once it’s complete — to apply for FEMA mitigation funds, Dunevant said. The application would likely be submitted next year.

“I don’t know the exact timeline, but I believe successful applications may take a year or more to get to the agreement phase,” Dunevant said. “The project would then need to be developed and constructed, which could take 18 months or more.”

Possible options for flood mitigation could include removal of the two buildings at the corner of Audubon and Riverside to create green space; restoring the stream channel where one building currently spans the waterway; constructing a floodwall or berm parallel to Riverside Drive to direct flooding back into Apple Branch; the storm drainage system could be upsized to direct flow back to Apple Branch.

But whether any of those projects would be carried out is up in the air, Dunevant said.

“The final recommended project may include elements of that description, but it is too early to speculate because there are likely other options that should be considered,” Dunevant said.

Pittsylvania County is looking at changing its musical festival ordinance.

No one was home when the fire broke out.

The ramp from the northbound Danville Expressway to River Park Drive will be closed for several hours, police said.

WATCH NOW: In a blink, normalcy is back. But with low vaccine rates, 70% in Dan River Region advised to still wear masks.

Guidelines aimed at slowing the spread of COVID-19 have never been popular in Southern Virginia.

The city of Danville will likely use $29.1 million in federal COVID-19 relief money to help those economically affected by the pandemic, inclu…

Daily infections are dropping across the state.

A Pittsylvania County woman 80 or older is the latest COVID-19 fatality.

Five sites in Pittsylvania County are targeted for environmental assessments and development of clean-up plans under a $600,000 grant from the U.S. Environmental Protection Agency.

Even with drop in cases, high number of unvaccinated leaves threat for summer surge of COVID-19

Worries are mixed with optimism in the latest UVa report.

'He supports a lot of the values we believe in': Pittsylvania County sisters cast ballots as GOP delegates

Voters ranked the candidates, with their favorite at the top.

Flooding closed parts of Riverside Drive in May 2018.