A granddaughter and her boyfriend have been arrested and charged with second-degree murder in the death of an 88-year-old Danville woman, authorities announced Monday evening.

Lindsey Mae Johnson, 24, and 22-year-old Nicasio Antonio Guzman, both of Chapel Hill, North Carolina, are charged in the homicide of Elizabeth Morris Adkins who was found dead in her home at 368 Juless St. on Sunday morning.

“The police department cannot speak on the motive for this homicide, as the investigation is ongoing, but investigators do not believe this to be a random act nor are any further suspects being sought,” authorities announced in a Monday evening news release.

Police have worked around the clock since discovering Adkins dead shortly after 10:45 a.m. Sunday. Officers responded to a 911 call after someone found the woman unresponsive inside her home. She was pronounced dead on scene.

Evidence at the scene led to the death being investigated as a homicide, police reported in a news release, without providing any other details.

“Through the assistance of the members of the local Juless Street community, the suspects in this tragic homicide were identified, arrested and are now being held at the Danville City Jail without bond,” police wrote in the news release.

On Sunday, police enlisted the help of Juless Street residents who had surveillance cameras.

The investigation is still considered active, police said. The Chapel Hill Police Department is helping Danville officers with the probe.

More charges are possible in the coming weeks, police said.

The victim’s body was transported to the Medical Examiner’s Office in Roanoke for an autopsy and final determination of cause of death.

Larry Wayne Inge said he used the money to place bets on televised football games through an online gaming site.

Two people are in custody after a shoplifting suspect assaulted a police officer and fled in a vehicle Friday afternoon, causing multiple wrecks.

WATCH NOW: Bruce Miller sits down to talk with Oscar nominee Diane Warren about her success

Blinken: No concessions to Russia on Ukraine

Blinken: No concessions to Russia on Ukraine 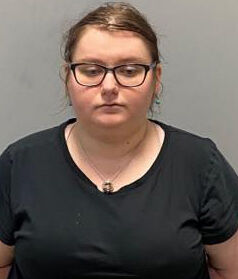 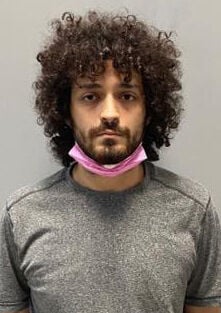