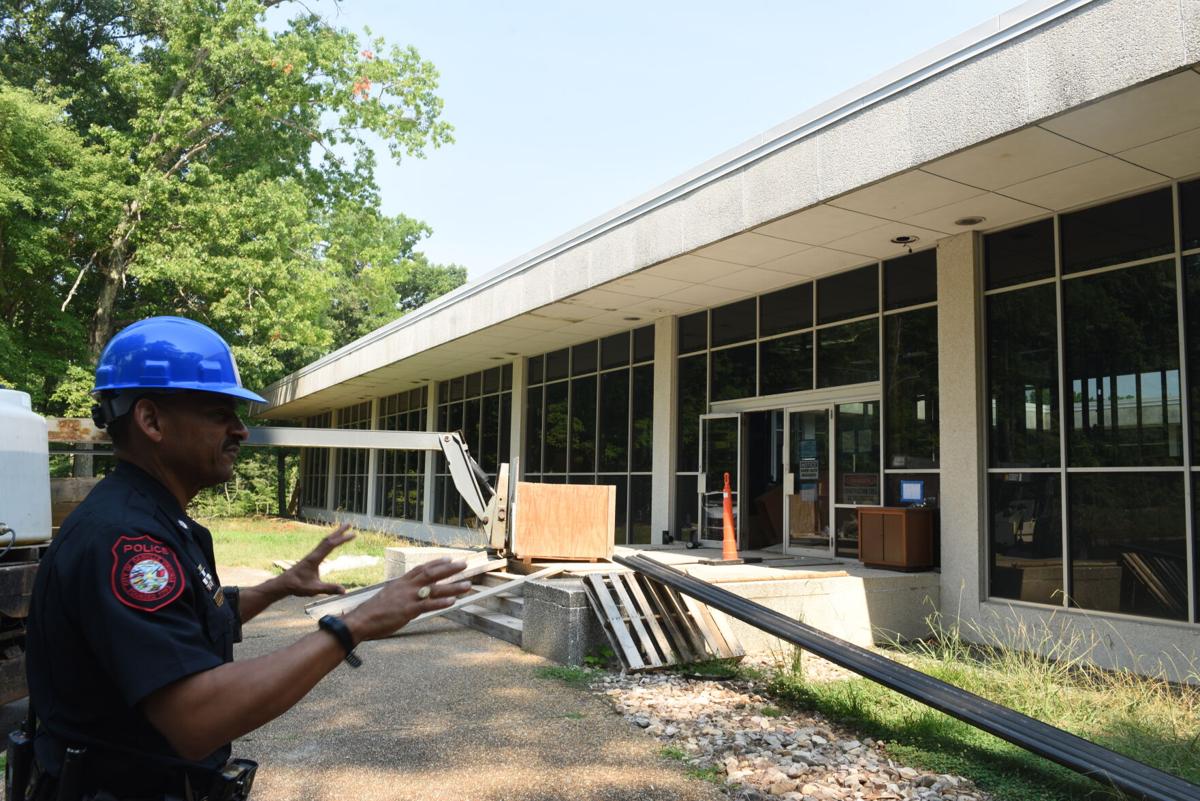 Danville Deputy Police Chief Dean Hairston leads the Danville Register & Bee on a tour of the site of the planned new police headquarters off Memorial Drive in July. 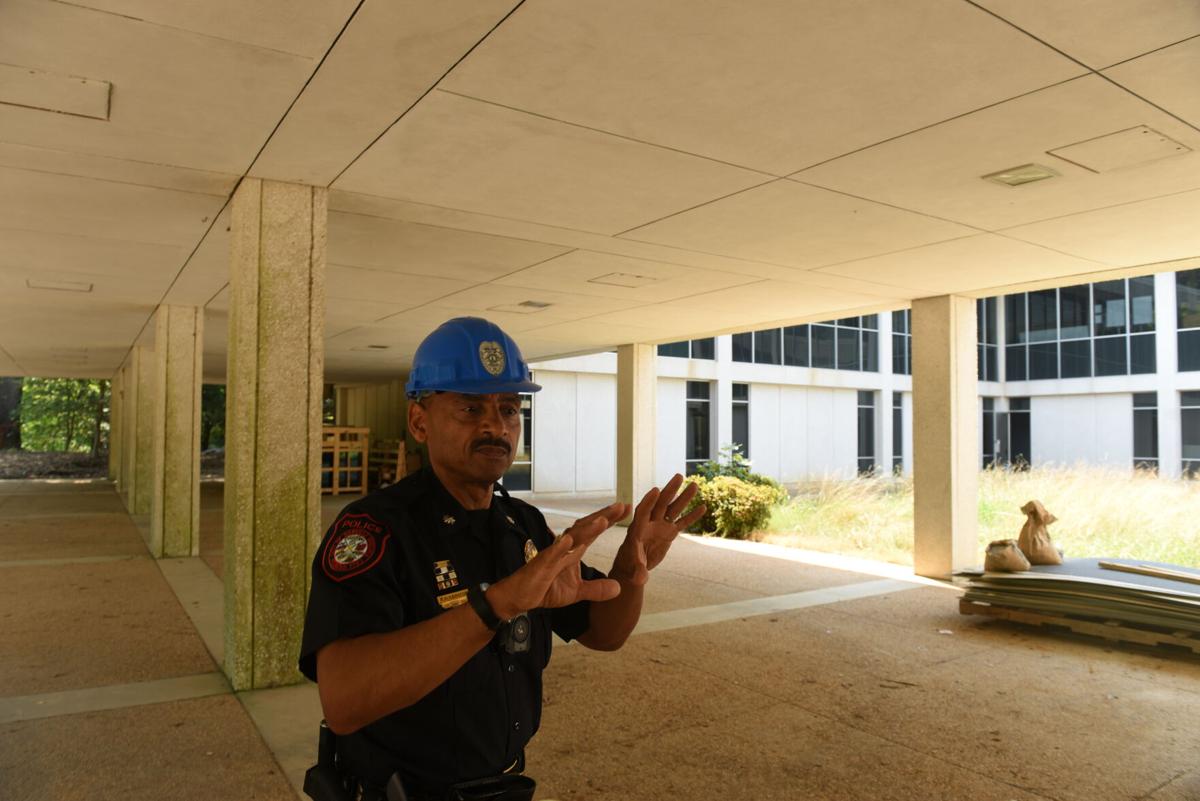 Danville Deputy Police Chief Dean Hairston leads the Danville Register & Bee on a tour of the site of the planned new police headquarters off Memorial Drive on in July.

Tim Norton, who alleges in a lawsuit the nearly $1 million 2019 sale of the former Dan River Inc. executive building to a developer was fraudulent, cannot sue as an individual, according to motions to dismiss filed this month in federal court.

Norton and his company, Norhurst Properties Danville, LLC, states in his lawsuit that parties involved in a later, $17.7 million deal — including developer Ed Walker — were enriched by being able to flip the property at 2291 Memorial Drive to the Danville Police Department through a lease-purchase arrangement for a new police station.

Norton/Norhurst sold the property to Walker on Nov. 20, 2019 for $987,740, and then the city later approved a sales agreement and lease agreement for the property in a deal with 2291 Schoolfield LLC, on Oct. 8, 2020. The property is currently being revamped for the new police headquarters. The project is expected to be complete by summer 2022.

“Norton as an individual has no rights or duties under that contract,” Mark Feldmann, attorney for Wilkins & Co., wrote in a brief in support of a motion to dismiss filed Nov. 5 in U.S. District Court in Danville. “Therefore, any fiduciary or other duty Wilkins Realty may have owed was to the contracting party, Norhurst — not to Norton.”

Norton’s and Norhurst’s lawsuit was filed Sept. 13 in U.S. District Court in Danville.

Feldmann told the Danville Register & Bee on Friday that the case would likely be heard in the middle of December via Zoom.

When reached Friday, Norton’s co-counsel state Sen. Chap Petersen, D-Fairfax, said a response to the motions to dismiss will be filed in several weeks.

“I’m confident the motions will not succeed,” Petersen told the Danville Register & Bee.

The lawsuit seeks rescission — or reversal — of Norton/Norhurst’s $987,740 sale of the property to Walker and the companies, RE Prospects, LLC, and 2291 Schoolfield, LLC. If the court were to grant the rescission, Norton and Norhurst would replace Walker in the deal with the city.

If it is not possible to rescind the transaction, the lawsuit then seeks — as an alternative — the profits gained by Walker and the two companies in the deal.

The lawsuit also alleges that James Buckner, a realtor with Wilkins & Co. and member of Danville City Council, falsely represented to Norton that the buyer — Walker and the two companies — was an out of-state corporation seeking a corporate home in Danville, not a private developer looking to flip the property to the city for the same police department use that Norton had promoted.

Buckner told Norton the buyer was negotiating directly with the city and must remain anonymous until the city announced a project for the property, the lawsuit claims. Norton was required to sign a non-disclosure agreement, which provided that he would not ask about the mysterious buyer or discuss details regarding the possible purchase of the property, according to the complaint.

A first amended complaint against Buckner filed Oct. 22 accuses him of breach of fiduciary duty, fraud and civil conspiracy, a count claiming that Buckner joined with Wilkins & Co. Realty, Walker, RE Prospects, LLC, and 2291 Schoolfield LLC to allow Walker to buy the former Dan River property at a discounted price from Norhurst and then flip the property, using a similar lease-to-purchase concept that Norhurst proposed previously to the city.

Fiduciary duty is a legal and ethical obligation to act in the best interest of another party, such as a client.

In his brief in support of a motion to dismiss, Buckner, like Wilkins & Co. Realty, states Norton has no capacity to sue as an individual. Also, Norton’s claims against Buckner fail because Buckner owes no fiduciary duty to Norton.

Also, Norton’s conspiracy claim against Buckner is baseless since Buckner was participating in a “lawful pursuit of legitimate business objectives,” the brief states.

“If the alleged injury results from a defendant’s lawful pursuit of legitimate business objectives, there can be no conspiracy,” the document reads.

Buckner had no duty to Norhurst, the brief reiterates.

Also, there are no “definite” facts to support fraud allegations against Buckner, the brief states. Norton and Norhurst did not back up their claim that Buckner’s description of an “out-of-town corporate client” is a false representation, according to the brief.

“The buyer was, in fact, not from Danville, and plaintiffs fail to show why a description of a real estate developer as a ‘corporate client’ is false,” the brief states.

Also, Buckner’s brief points out that Norton and Norhurst agreed to concealment of the buyer’s identity.

In Wilkins & Co. Realty’s brief, it argues that Norton’s claims against it fail because Norton lacks standing to sue in his individual capacity. He was not a party to the contract to sell the property to Walker, the brief states.

“The only way he might have standing to enforce the rights or any duties owed under the contract as if he were a party is to allege that he was an intended third-party beneficiary of the contract,” the brief states.

Petersen said there will be law showing just that.

“He [Norton] was the intended beneficiary,” Petersen told the Danville Register & Bee.

Norton and Norhurst were aware of the need for confidentiality concerning the buyer’s identity, and Norton signed a non-disclosure agreement as requested by Buckner, the brief states.

In addition, the breach of fiduciary duty claim is based on the concept that Wilkins & Co. Realty is “vicariously liable for misrepresentations made by its agent, Buckner,” the brief states.

Wilkins & Co. points out that Norton and Norhurst knew Buckner’s client had requested confidentiality, the brief states. The non-disclosure agreement made it clear that Buckner was representing his client’s best interests and that his duties were to that client, the brief states.

“In the absence of any fiduciary duty between Buckner and plaintiffs, Wilkins Realty cannot be held vicariously liable for the breach of a non-existent duty by Buckner,” the brief states.

“That’s just wrong,” he said of the notion that Wilkins and Buckner had no fiduciary duty to Norton. “Wilkins & Co. had a listing agreement with Norhurst. Of course they had a fiduciary duty.”

“That has meaning in terms of what we’ve shown, that Walker and Buckner were working together to deceive my client,” he said.

“Instead, plaintiffs allege that Wilkins Realty’s agent, Buckner, pursued a lawful course of action based upon economic motivation on behalf of his client,” the brief states. “There is no allegation of malicious intent to purposefully injure plaintiffs’ business, and the amended complaint therefore fails to state a claim for statutory or common law conspiracy.”

Watch Now: Who should get a booster shot?

Watch Now: Who should get a booster shot?

Watch now: An inside look at the USS Arizona Relics Program and its history

Watch now: An inside look at the USS Arizona Relics Program and its history

A federal lawsuit claims the November 2019 sale of the former Dan River Inc. property on Memorial Drive to the city for a new police station was fraudulent. 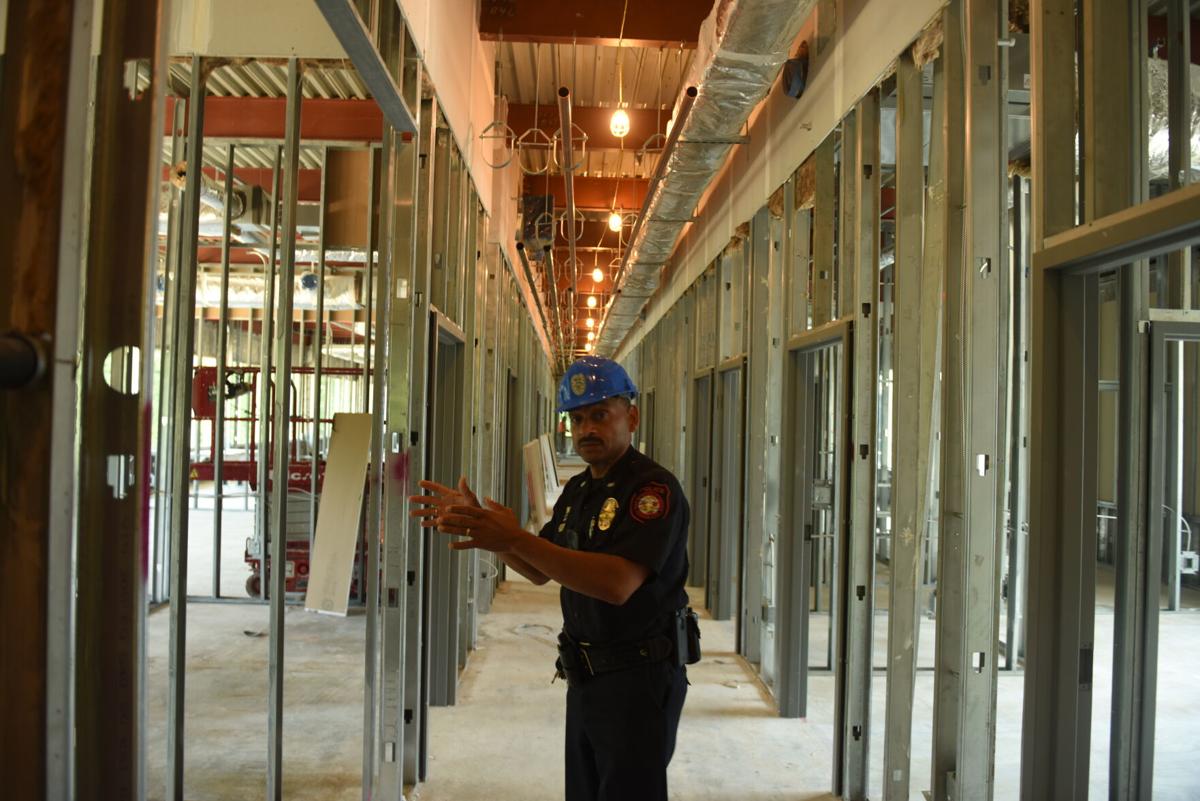 Danville Deputy Police Chief Dean Hairston talks about the new police headquarters off Memorial Drive on in July. A lawsuit challenges the developers’ purchase of the property from Norhurst Properties Danville LLC.

Danville Deputy Police Chief Dean Hairston leads the Danville Register & Bee on a tour of the site of the planned new police headquarters off Memorial Drive in July.

Danville Deputy Police Chief Dean Hairston leads the Danville Register & Bee on a tour of the site of the planned new police headquarters off Memorial Drive on in July.