A Danville man wanted for robbery and other offenses in the city was shot during a confrontation with federal law enforcement officers Wednesday evening in Ohio.

The suspect, Aaron Pierre Thomas, 33, is in critical condition, a news release from the Danville Police Department said, and a U.S. marshal also was wounded during the incident, the Canton Repository newspaper reported.

Thomas was hiding out at a friend's apartment in Canton, the newspaper reported, and DPD's release said he had attempted to break out a window in a 2-story house as officers approached.

Thomas fled out the front door of the house and fired at officers, who returned gunfire after one was hit. Officers and medics on scene provided medical aid to the suspect and the officer who was shot, the release said.

The officer is in stable condition at an undisclosed hospital, U.S. Marshal Peter J. Elliott told the Repository on Wednesday night.

Thomas' condition was not disclosed.

Following citizen tips, the DPD had identified Thomas and another suspect, Antonio Stanfield, 28, in connection with a robbery on March 14, the police department said Thursday.

Anyone with information on Stanfield's whereabouts can call the police department at 434-793-0000 or use the crime tips app CARE.

The injuries were not considered life-threatening.

Tony Wayne Mayo Jr. is having a bench trial in Danville Circuit Court for first-degree murder and other charges.

A bond hearing is set Monday

The victim suffered a cut on his head.

There could be additional ones, pending toxicology reports.

Peter J. Elliott, U.S. Marshal for the Northern District of Ohio, speaks at a press conference at 17th Street NE and Grace Avenue NE in Canton on Wednesday, March 24, 2021. A man being served with a warrant Wednesday evening yelled that he wanted police to kill him and started shooting, an exchange that left him wounded and a U.S. Marshal injured, investigators said. 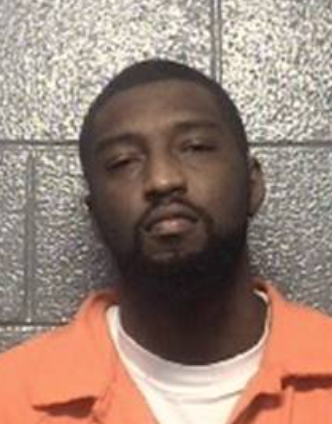