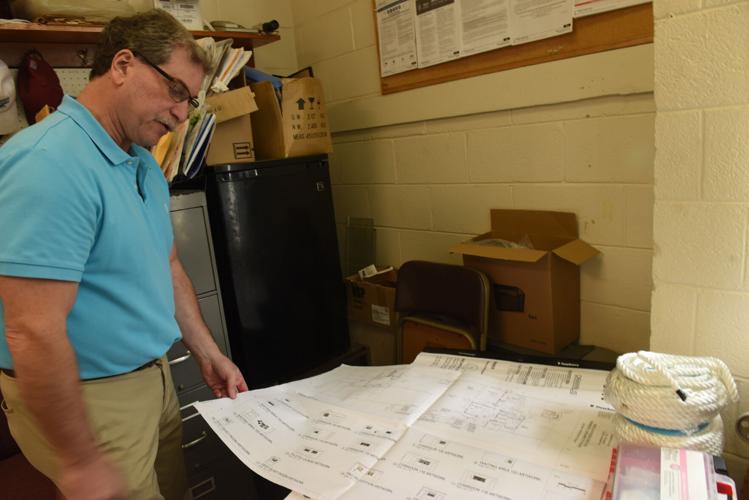 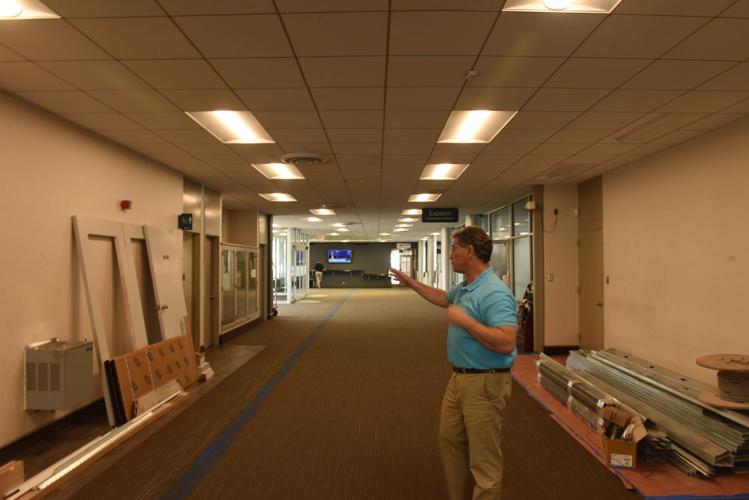 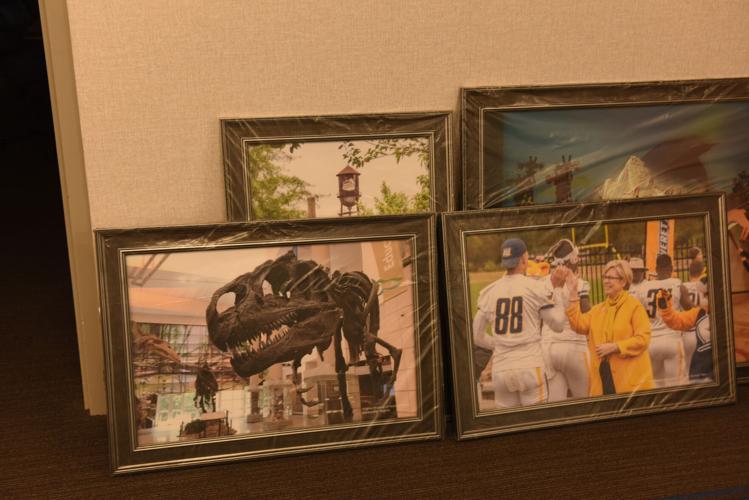 Upgrades at Danville Regional Airport will include enlarged images on the walls of the terminal depicting and identifying significant sites in the Dan River Region.

Upgrades at Danville Regional Airport are cruising along, with remodeling of the northern part of the terminal nearly finished.

That part of the terminal will be complete next week, and work on the southern portion will begin early next month and wrap up by the end of the year, said Danville Transportation Director Marc Adelman.

New furniture will arrive at the airport next week. Also, the terminal will feature 32 enlarged images of tourist attractions within 30 miles of Danville on its walls, Adelman said.

“Every single image identifies what people are looking at,” he said.

Airport customers also will be able to enjoy tourism videos on a large new monitor in the terminal once the project is complete, Adelman said.

The images will include depictions of notable destinations such as the River District, a Caesars Virginia casino rendering, Virginia International Raceway, the Riverwalk Trail, the Danville Science Center, Averett University, The Virginia Museum of Natural History in Martinsville, The Prizery in South Boston and other sites.

Airport officials worked with Dodie Hudson, interior designer with Dewberry, on selecting the images, determining their size and where to hang each one. The images were provided chambers of commerce, VIR and other entities and were framed at Hobby Lobby, Adelman said.

Rehab projects at the airport were undertaken to meet increased demand from the Caesars Virginia casino project expected to be complete in 2024. Ground was broken for it Thursday at Schoolfield.

During a tour of the airport Tuesday, Adelman pointed out the progress made on the $1.1 million terminal revamp project.

The project also includes new ceiling tiles, light fixtures, a renovated kitchen with a dishwasher, a washer and dryer, an ice machine and new countertops.

“It was re-organized to make more efficient use of our space to support casino traffic,” Adelman said.

The majority of the improvements for the terminal building project were modeled based on a review by Adelman and the airport commission of two FBOs located at Raleigh-Durham International Airport, Adelman said. They looked at the FBO counter area, the wide gate allowing buses to come on to the terminal ramp, furniture, kitchen corridor, pilot’s shower, pilot’s lounge and quiet area, he said.

Of the $1.1 million project’s cost, 80% will be covered by the state, with the remainder paid for by the city.

Other parts of the terminal project that remain to be done include a new entrance with sliding glass doors replaced and removal of the fencing and canopy, with a smaller canopy installed in its place outside the terminal. There will also be brick pavers and new pavement to replace the grassy area, Adelman said. Those items will be complete in spring 2023.

Bathrooms will be demolished and renovated.

Also, the fixed-base operator has been working in the main conference room while the FBO office is being revamped.

As for other airport projects, widening of the taxiway was completed last year and officials are waiting on possible approval of Federal Aviation Administration funding for $5 million rehabilitation of the south ramp, Adelman said. Work on the project is expected to begin in October.

A $3 million runway rehabilitation project was completed earlier this month. That included milling and paving of the runway and parallel taxiway. It was the first rehab of that section since 1981, Adelman said.

A 37-year-old Danville man died Tuesday hours after he was brought to the Danville City Jail, authorities report.

A 25-year-old Danville woman died in a single-vehicle crash on the Danville Expressway, authorities report.

By early next year, the downtown building that once housed Schewel’s Furniture and later Lou’s Antiques will be gone.

Renovations are underway to convert the former Doctors Building at Main and Holbrook streets into a 45-room boutique hotel.

The Madonna and Child, a fixture in Danville's Christmastime skyline, shining brighter than ever thanks to makeover

The iconic 60-foot structure was built in the shops at the former Schoolfield Mill.

A building was engulfed in flames Tuesday night, but a quick response by Ringgold Fire & Rescue saved a nearby home and garage.

After many delays, Danville's White Mill work to start in early December

Work on the White Mill project starts early next month, and it will include removal of lead-based paint and leveling of concrete floors and other activity.

Bids in for Danville's riverfront park project; contractor to be selected next week

Two companies have offered prices for construction of the planned riverfront park at Memorial Drive and Main Street near the King Memorial Bridge.

Pittsylvania County signed off on a grant earlier this week to fund 10 more school resource officers.

Over more than 115 years, dozens of All-Stars and Hall of Fame players suited up for one of Danville’s teams.

Upgrades at Danville Regional Airport will include enlarged images on the walls of the terminal depicting and identifying significant sites in the Dan River Region.