A pair of developers plans to refurbish an aging apartment complex on Jefferson Avenue once declared unfit for human occupancy.

Jason Wilson and Steve Staats bought the dilapidated, 26-unit complex at 205 Jefferson Ave. from the Danville Neighborhood Development Corporation in December for $70,000.

By early next year, the 1930-built structure will have new life as a 21-unit apartment building following the $2 million redevelopment project, Wilson said Thursday.

"It's a great middle location between the River District and the Old West End," said Wilson, owner of C & J Wilson Properties.

Wilson and Steve Staats, owner of EarthMark Development, own other residential developments in the city, including the recently-completed Dudley Building apartments and The Prizery Lofts in the River District.

Wilson also owns Smith Seeds Lofts in the River District and the Fitzgerald apartments on West Main Street near Hardee's.

Wilson and Staats also plan to redevelop another old apartment building on Jefferson Avenue, Monticello Terrace. They will turn the red-brick structure into six apartment units.

As for the 21-unit project on Jefferson Avenue, Staats and Wilson will clean-up the inside and retain the structure's current stucco design.

"It looked like a very good opportunity," Staats said of why he was interested in the property. "This is a great street. It's a historic district."

Wilson and Staats will get state and federal historic tax credits for the project.

The stucco-covered building was declared unfit for human occupancy by the city in 2014. It had gas, ceiling and roof leaks, mold, roaches, deteriorated floors and plumbing that didn’t work.

City officials had given Agomuo Ventures LLC a chance to make repairs, but none were made. A court granted the city receivership of the property on April 5, 2017.

The city’s inspections division had imposed numerous enforcement measures on the property since the late 1980s. The first correction order for maintenance code violations was issued in 1988, and additional orders were issued since then, city officials said.

In recent years, the property had been passed among different hands.

The Richmond-based group Preservation Virginia bought the building from Agomuo Ventures in 2019 and later sold it to the Danville Neighborhood Development Corp., a nonprofit revitalization group. The group sold it to Wilson and Staats on Dec. 21.

City officials are happy the property is being re-used.

"I'm certainly pleased that the city's effort in capturing that building in the receivership program has led to a developer redeveloping the building and saving it from demolition," said City Manager Ken Larking.

As for the demand for new apartments in the city, Wilson said he has been surprised by how quickly tenants have snatched up their units. Of the 79 operating units he and Staats jointly own, just two are vacant — and they are being shown to potential renters, Wilson said.

Wilson and Staats also have an in-house management group for interested renters. They can visit www.preferredmngmtgrp.com to take virtual tours of units and get contact information.

Like Wilson, Larking pointed to the apartment complex's proximity to both the River District and the Old West End. Maybe renters in those units could look into buying a home in the latter area, he said.

"Perhaps people who living in apartments in downtown Danville might eventually want to move into a home and select the Old West End as an option," Larking said.

The Danville School Board on Thursday approved five administrative appointments.

The person's condition was unknown.

Avion Burton is being held in Danville City Jail without bond.

No one was home at the time of the fire. 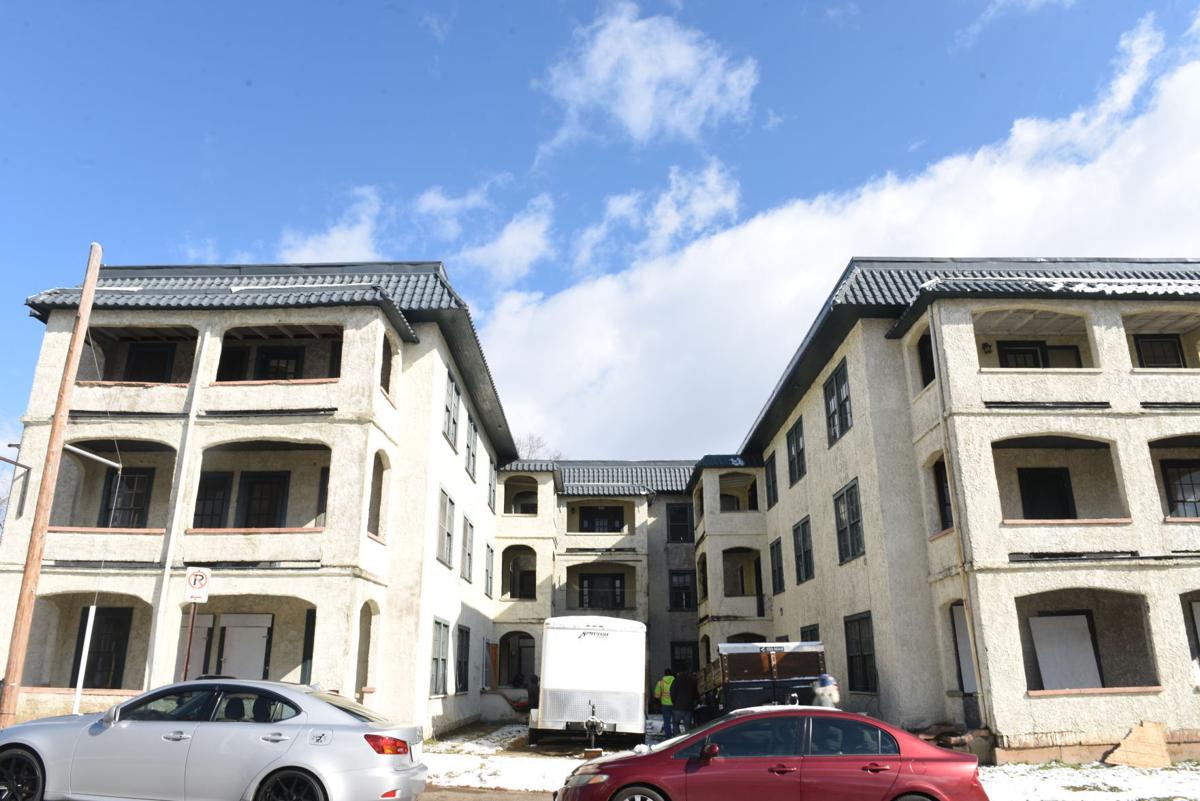 Jason Wilson, of C & J Wilson Properties, and Steve Staats, with EarthMark Development, are revamping an old dilapidated apartment complex at Jefferson Avenue that was considered unfit for human occupancy by the city. 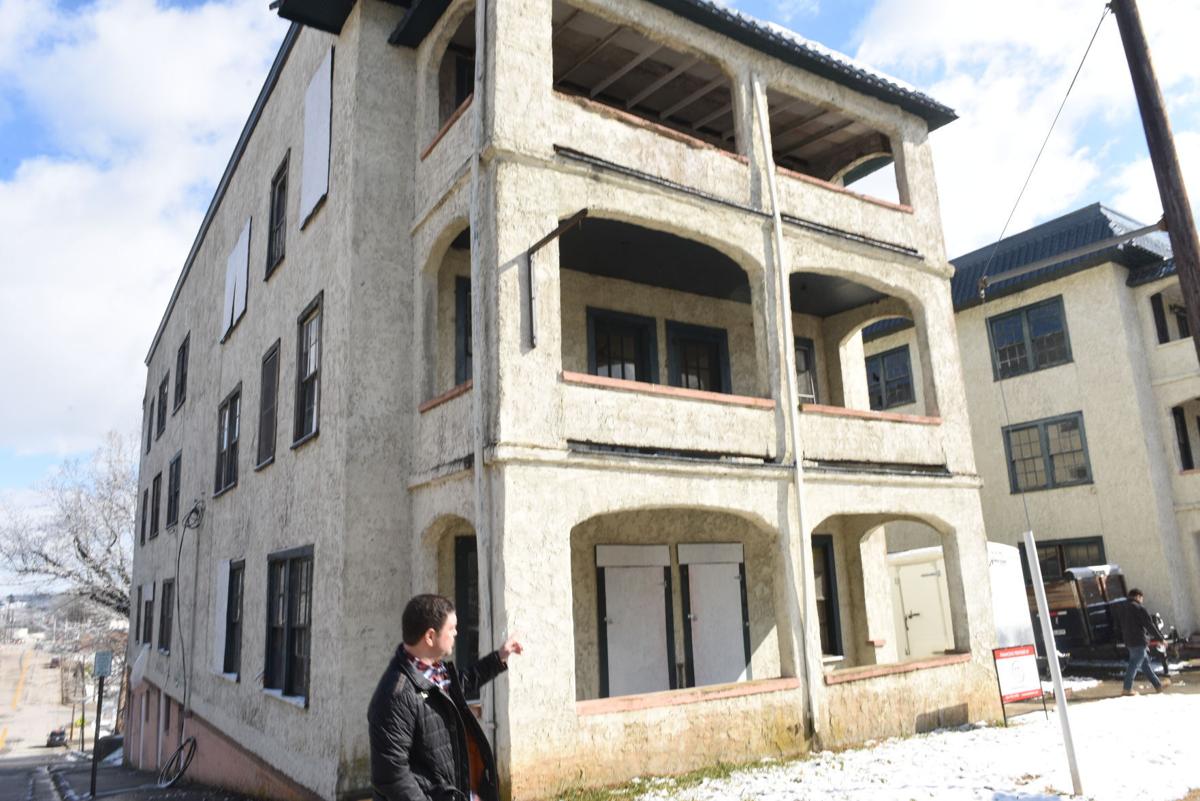 Jason Wilson, pictured, of C & J Wilson Properties, and Steve Staats, with EarthMark Development, are revamping an old dilapidated apartment complex at Jefferson Avenue that was considered unfit for human occupancy by the city. 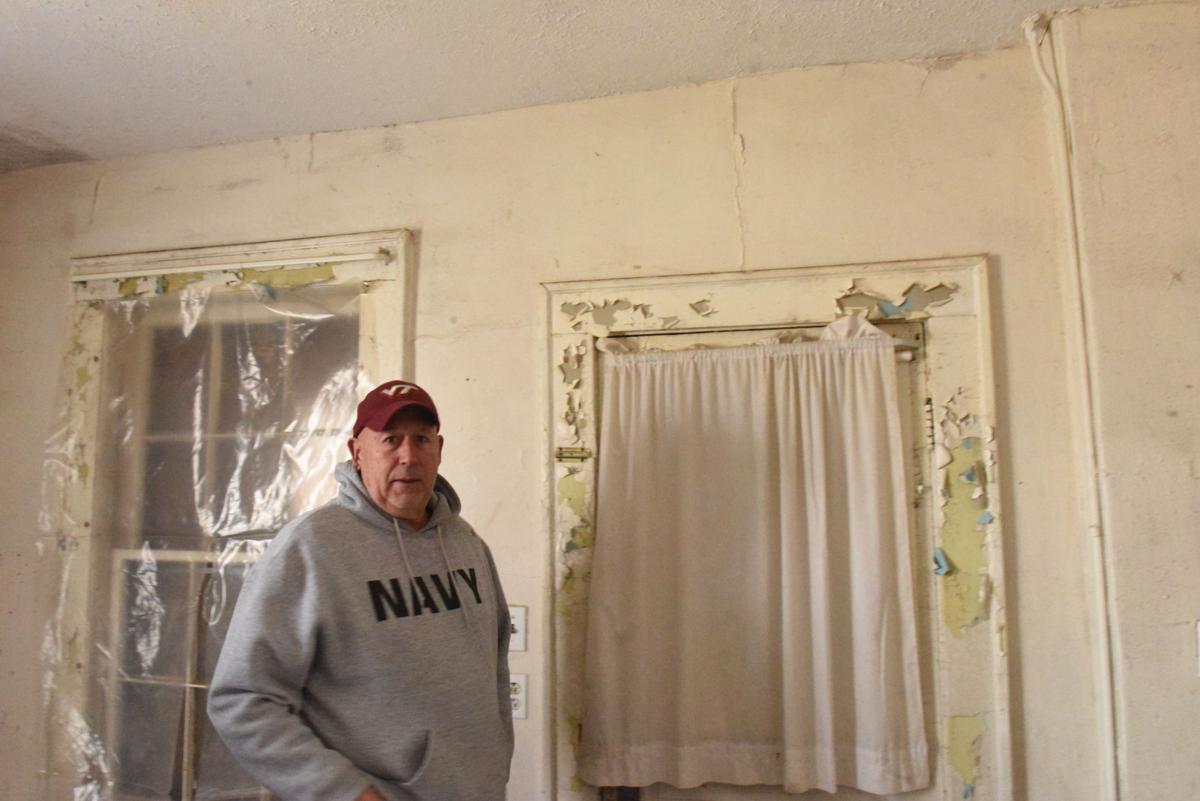 Steve Staats (pictured) with EarthMark Development, and Jason Wilson, with C & J Properties, are revamping a dilapidated apartment complex at Jefferson Avenue that was considered unfit for human occupancy by the city. Staats is pictured inside one of the old apartments.