Averett University conferred the degrees of nearly 200 graduates on Saturday from its Grant Center on the E. Stuart James Grant North Campus.

The class of 2022 consists of 190 graduates aged 21 to 63 and includes nine veterans and 15 international students from the countries of Bahamas, Bermuda, Canada, Finland, France, Mali, Netherlands, Norway, Russia, Sweden and Uruguay. At least 35% are first-generation college graduates in their families, meaning they’re the first to graduate from college. The university conferred degrees at both the baccalaureate and master’s levels, with nearly two-thirds of graduates from the traditional program and a third graduating from Averett online.

“This commencement, this special day, celebrates not only the completion of your path to your academic degree but also the beginning of your new life, life as a member of The Averett family of alumni,” said Averett President Tiffany M. Franks. “No matter what challenges the future brings you, you have proven that you know how to meet them head on and probably turn them into opportunities … You also have shown that you will be there to help those who need it — your family, your neighbors and workmates, your community, and certainly other Averett alumni, and they will be there for you, always.”

During the address — which he delivered in bare feet — he shared his story of growing up in Nigeria. Ohonme received his first pair of tennis shoes at the age of nine from a “Good Samaritan” visiting his country after a lucky game of basketball, a sport completely new to him on this particular day.

“I became the first person not only in my family, but in my community, to own a pair off tennis shoes. It changed my world,” said Ohonme.

Those shoes became a symbol of hope as he earned a college basketball scholarship in the United States and began a career in the technology industry. But Manny never forgot the children of his homeland or the “Good Samaritan” that encouraged him to believe in his dreams.

After traveling back to Africa many years later to bury his father, Ohonme recalls seeing “all those children just like me. They didn’t have shoes, they didn’t have hope.” He learned how many in the world who didn’t have shoes, and the types of diseases one can contract from not having proper footwear. “I said, ‘this is an injustice, somebody should do something about this.’ Be careful when you say ‘somebody’ because that somebody could be you.”

In 2003, Manny and his wife, Tracie, founded Samaritan’s Feet and have distributed more than 8.7 million pairs of shoes in 108 countries and over 530 U.S. cities.

“It’s easy to point out all the problems in our world today … and say, ‘why is this happening in the world?’

“I bet God is saying to you today, ‘that’s why I created you — to go be an answer to somebody else’s prayers, to go be the solution to the problems you will encounter,’ because you’ve been equipped as an Averett graduate to go revolutionize and change our world.”

“To every kid who’s heard you’ll never amount to anything, you did it. For every time you thought of quitting when it got tough and the road ahead seemed it was leading nowhere and wanted to give up, you made it. To the first ever graduate in your family, well done, you did it. Even the great and disruptive pandemic couldn’t stop you from getting where you are today. You did it. Congratulations!” said Ohonme.

After a standing ovation, Franks returned to the podium to present Ohonme with an honorary Doctorate of Humane Letters, the highest honor a university can bestow on an individual.

The ceremony included the traditional bagpipe processional, an invocation from university chaplain Skyler Daniel and performance of the national anthem by the Averett Singers. The Rev. Daniel Carlton, chair of the Averett Board of Trustees, welcomed graduates and guests on behalf of the board, and the Averett Singers sang the Alma Mater. Timothy Fulop, vice president of academic affairs, presented the graduates and recognized those receiving awards.

Pittsylvania County signed off on a grant earlier this week to fund 10 more school resource officers.

The money is part of $12 million distributed throughout the state.

During comments at Thursday's school board meeting, Brandon Atkins said while his term was scheduled to end on Dec. 31, "for personal reasons" he will need to exit on Nov. 23. 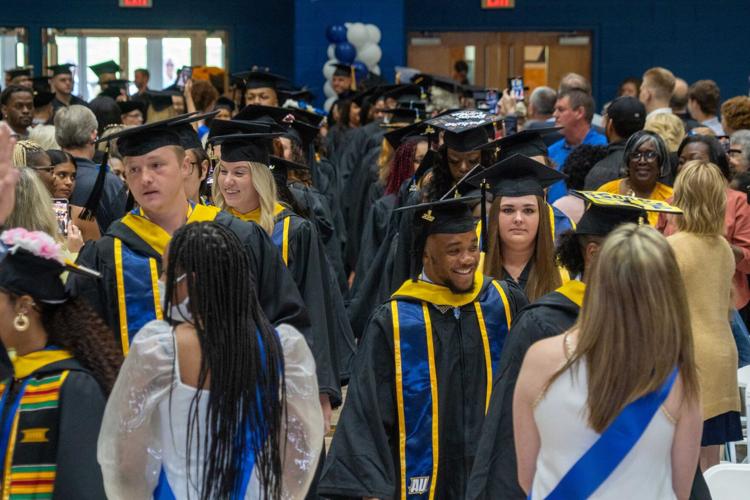 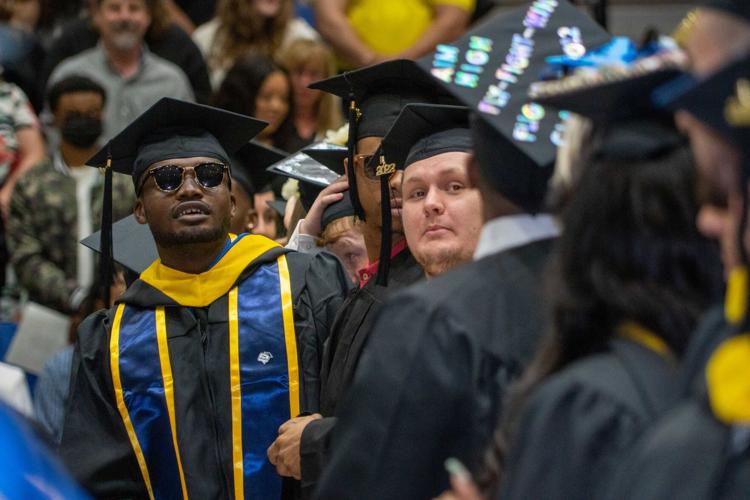 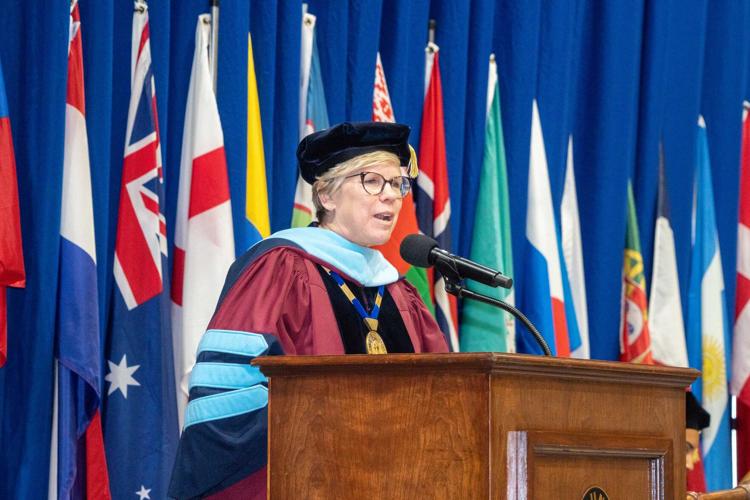