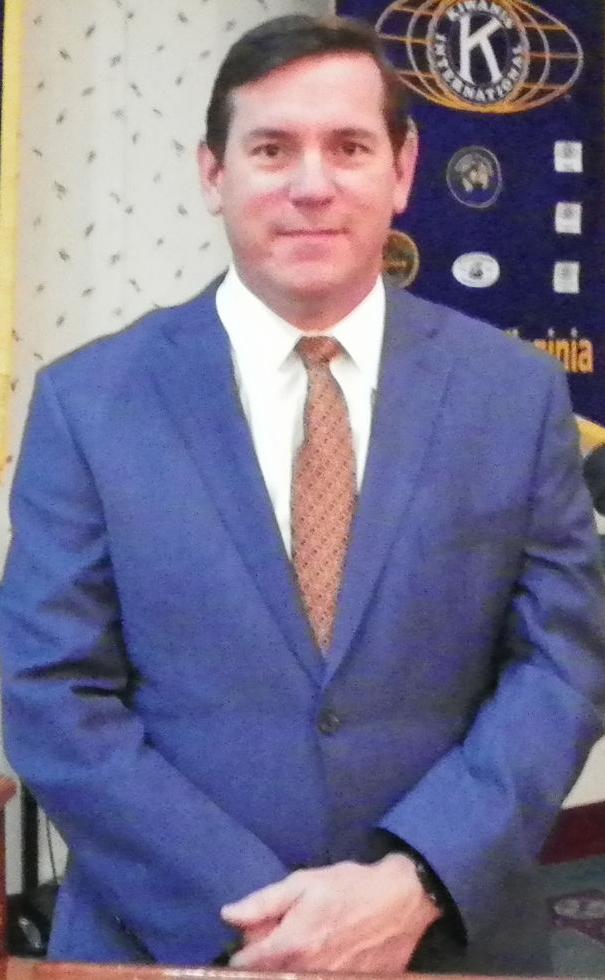 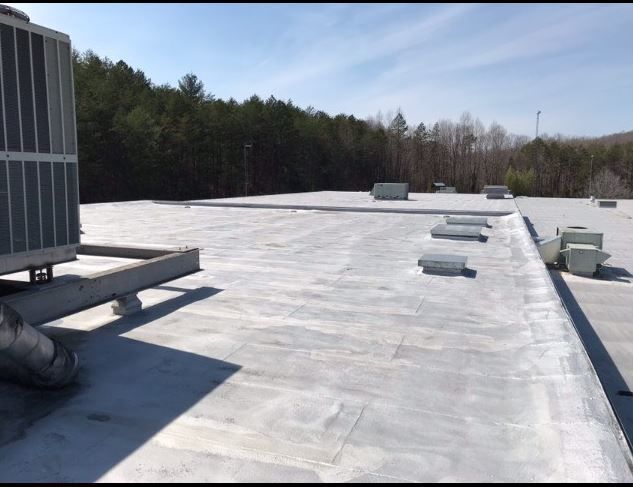 Henry County has been working to find funding for repairs to the roof at Bassett High School. The sales tax can't be used for that purpose but could free up dollars to complete the work. 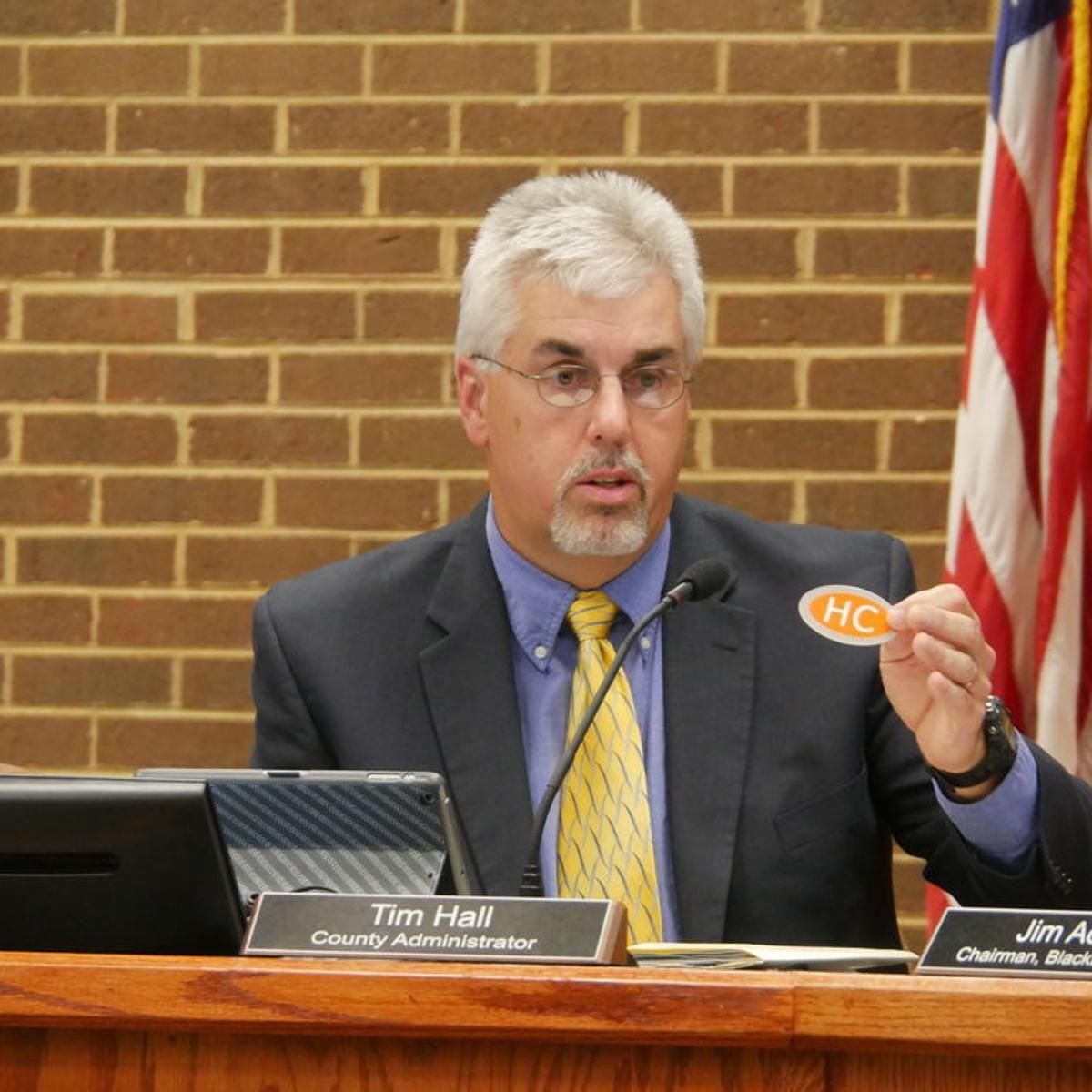 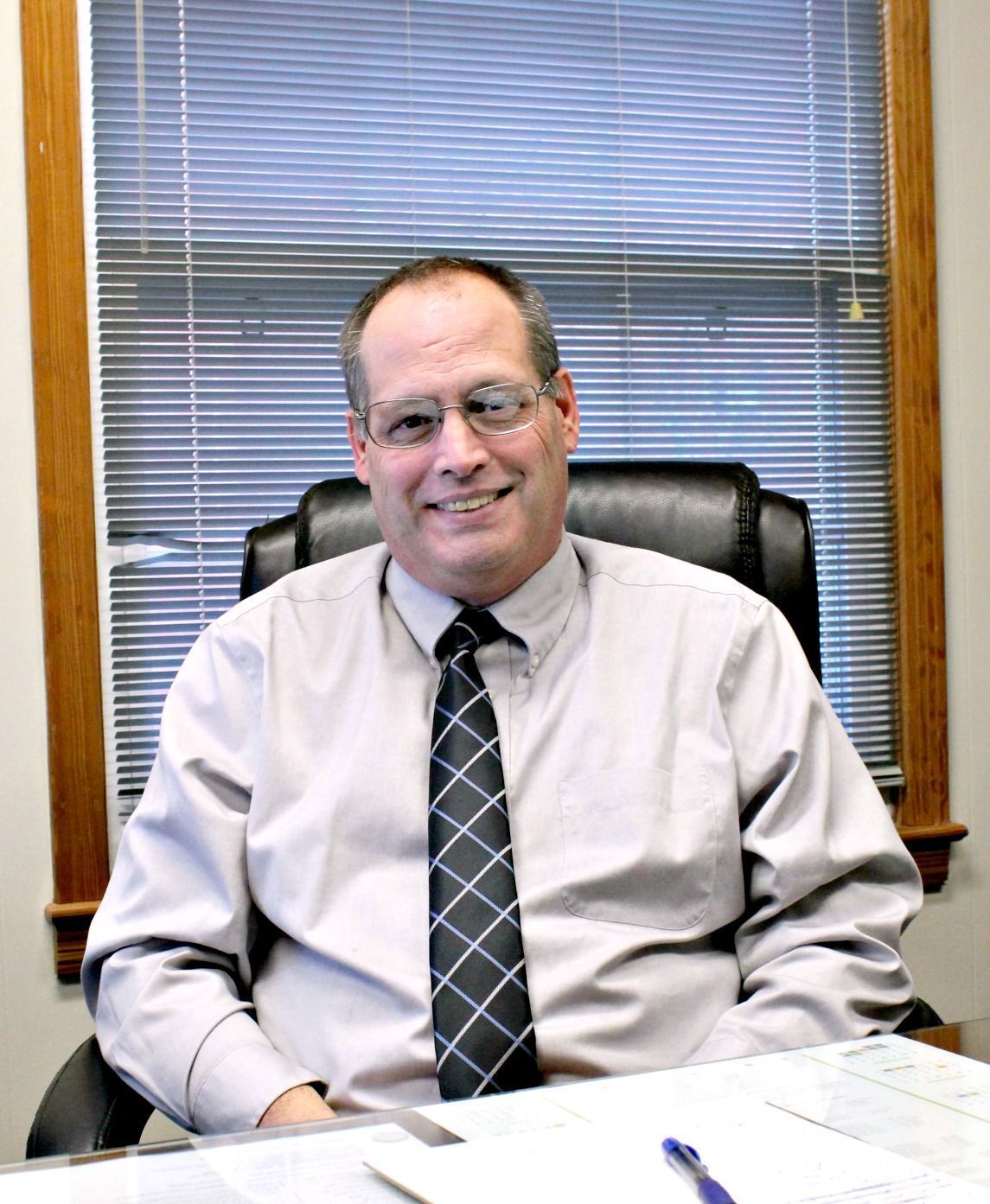 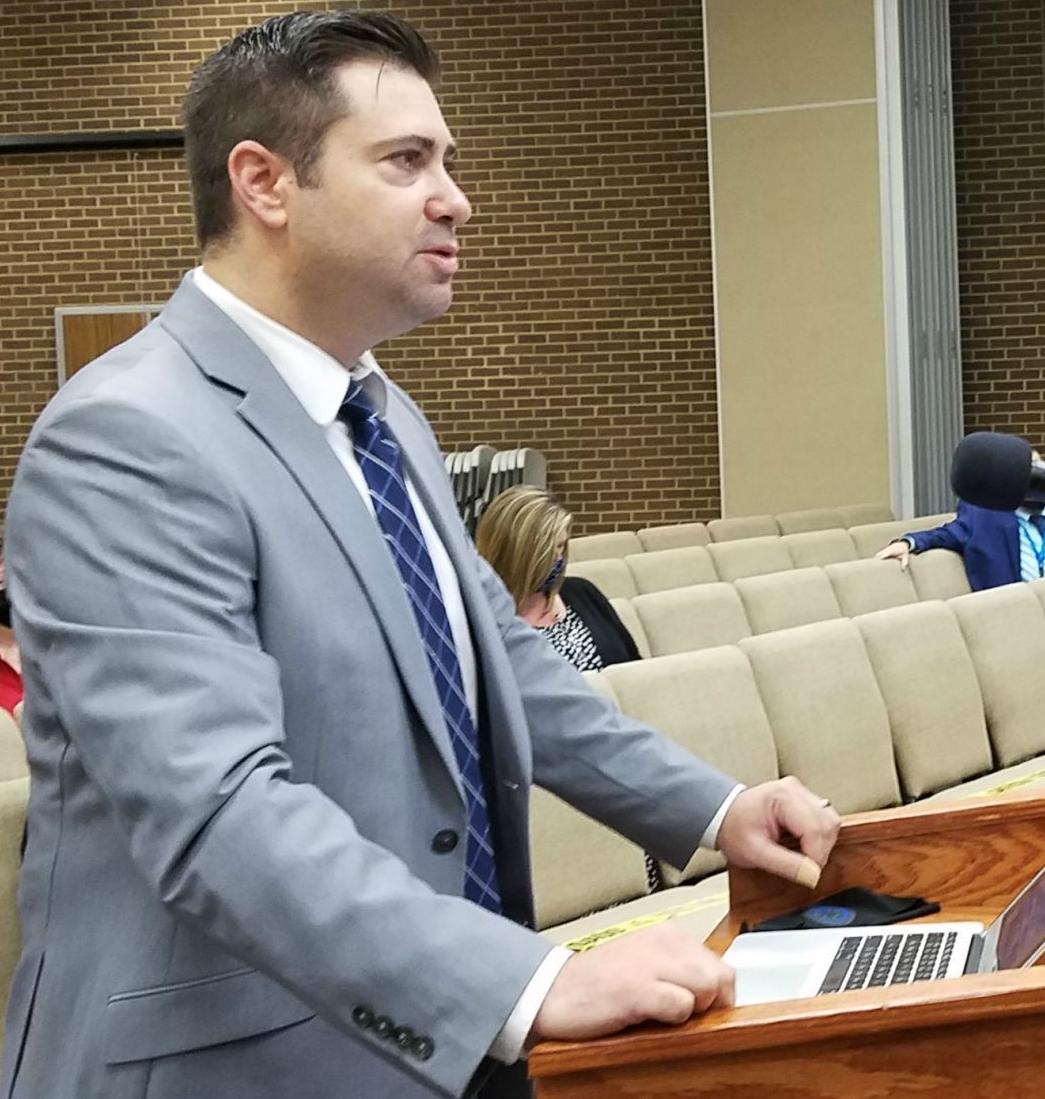 However, only two of the four — Henry and Patrick counties — have placed the measure on the ballot this fall.

Under House Bill 486, Pittsylvania County and the city of Danville could have done the same. Instead, officials said they plan to postpone the referendum until 2021 but did not give much detail as to why.

Henry County officials requested the measure in their legislative agenda for the 2020 General Assembly session. Del. Danny Marshall, R-Danville, who represents Danville and parts of Henry and Pittsylvania counties, sponsored the bill authorizing the counties of Henry, Northampton (on the Eastern Shore), Patrick, and Pittsylvania, and the city of Danville to impose an additional local sales and use tax of up to 1%, with all proceeds going to fund construction or renovation of local schools.

Until this year, only Halifax County had been granted that authority. The additional tax must first be approved by voters at a referendum and initiated by a resolution of each local governing body.

As for Danville, City Manager Ken Larking stated, “[Danville Public Schools] Interim Superintendent Dr. Catherine Magouyrk and I had an informal conversation on this topic a few months ago and determined that Danville Public Schools would wait until next year for the sales tax referendum. It was not discussed at any City Council meeting between the time it was authorized by the state and now. It will likely be brought up at a future date.”

Meanwhile, voters in Henry County will consider on Nov. 3 — or before, if they take part in early voting — whether to raise the local sales tax from 5.3% to 6.3%.

“The citizens of Henry County have a chance to raise significant money for renovations or new construction for our school system,” Henry County Administrator Tim Hall said. “I’m hopeful that the sales tax question won’t get lost in the wake of what already is a difficult and divisive voting period. The county’s goal is that our citizens know about the opportunity to help our school system with improved or new facilities.”

The county is asking voters to consider sales tax because it is a user tax, and visitors to the area will share the cost when they make purchases here.

“The buyer chooses to make the purchase, and therefore chooses to pay the sales tax,” Hall said. “Also, it doesn’t matter whether that person lives in Henry County. This allows our visitors and ‘outsiders’ to bear some of our local tax burden. That helps us to keep our other taxes, such as real estate, relatively low.”

Currently, when the county collects sales tax, Hall said, the entire amount goes to the Commonwealth of Virginia, and then 1% of it is returned to Henry County.

“We average between $4 million and $5 million in sales tax revenue now, so we anticipate the extra 1% would amount to an additional $4 million to $5 million annually,” he said.

Hall emphasized that the legislation is “narrowly written — it clearly says that any additional revenue created under this legislation can only be used by the school system. The county cannot keep or spend the money. That means decisions on how to spend it would lie solely with the Henry County School Board.”

As for Patrick County schools,  Superintendent Dean Gilbert did not have an estimate of how much revenue the sales tax increase could generate for the school system. If the measure is approved, he said, the additional funding “would help us speed up the timeline on some projects as well as put money in reserve for major items that will need to be done in the future.

“Our most urgent needs at this time are some paving projects that we need to do in the school division,” Gilbert said. “We do have some money budgeted for these types of projects, but our state funding is driven by our enrollment. If our enrollment is below what we budgeted, then those projects tend to get put on hold in order to pay for expenses we normally incur.”

Currently, Patrick County Public Schools enrollment is down from the original budgeted numbers because of the pandemic, he said.

“If those enrollment numbers rebound, then we would be looking at spring for some of our capital projects to be scheduled and completed before the end of the fiscal year,” Gilbert said.

In Henry County Public Schools, officials said major renovations and repair projects often have to be spread out over multiple years because of  budget limitations.

If the sales tax measure is approved, “that tax money would give us the agility to move from one project to another quickly instead of projecting out over many years,” said David Scott, the district’s assistant superintendent for operations and administrative services.

“We know that, in any given year, we’re going to have a million to two million to spend on a capital project,” Scott said. “We are very appreciative that over the past few years we have seen our capital budget increase so that we can budget for these things that are long-term.”

However, COVID-19 has caused a loss of revenue throughout the state, including for the school systems, he added.

Now, “we have to look to see how far the budgeted dollars will stretch, particularly when revenue doesn’t come in the way it was projected,” Scott said.

Not for ongoing projects

This will not affect the Bassett roof replacement, which mainly depends on the weather cooperating at this point. Officials estimated it could be completed in late November.

But, the budget could affect the start dates for some longer-term ongoing capital projects, such as the new bus garage. The school district purchased a building several years ago, but it requires an estimated $1.2 million in renovations, according to school board documents.

The cafeteria and kitchen at Carver Elementary School also need a little more than $1 million in work. The space has not been renovated in decades, requiring some students to eat lunch at tables in the hallway because there is not enough room inside.

The district recently completed a feasibility study for the project and originally planned to begin work in spring 2021.

“That’s something right now we’re still hopeful we can do, but getting through Christmas will help us understand the health of our budget,” Scott said.

The transportation garage is in a similar situation. “While we have the manpower and the capability to move forward, we want to make sure the revenue stream still looks good before we commit to some of these larger projects,” he said.

Other future capital projects include building field houses for athletes at Bassett and Magna Vista high schools, estimated to cost $750,000. These are “basically locker room facilities adjacent to the athletic fields, a place for students and coaches to go in the event of a weather emergency or to meet at halftime,” Scott said.

The roof and HVAC system at Laurel Park Middle School also will need replacement soon because of deterioration and age, at an estimated cost of $5 million, according to school board documents.

Then, there are unplanned capital needs, such as a washed-out gully caused by a storm at Magna Vista High School, between the football and softball fields. The cost estimate “might exceed one and a half million dollars,” and is not able to be covered by insurance, Scott said.

The district can delay repairing that problem for now, “but we need to mitigate further damage,” he said.

There have been 5 since the virtual classes began in August.

'What we have to do is learn how to live with it,' interim Danville superintendent says of bringing students back to classrooms

Danville Public Schools ranked near the bottom in percentage of on-time high school graduates in the class of 2020, according to Virginia Depa…

'What we have to do is learn how to live with it,' interim Danville superintendent says of bringing students back to classrooms

Henry County has been working to find funding for repairs to the roof at Bassett High School. The sales tax can't be used for that purpose but could free up dollars to complete the work. 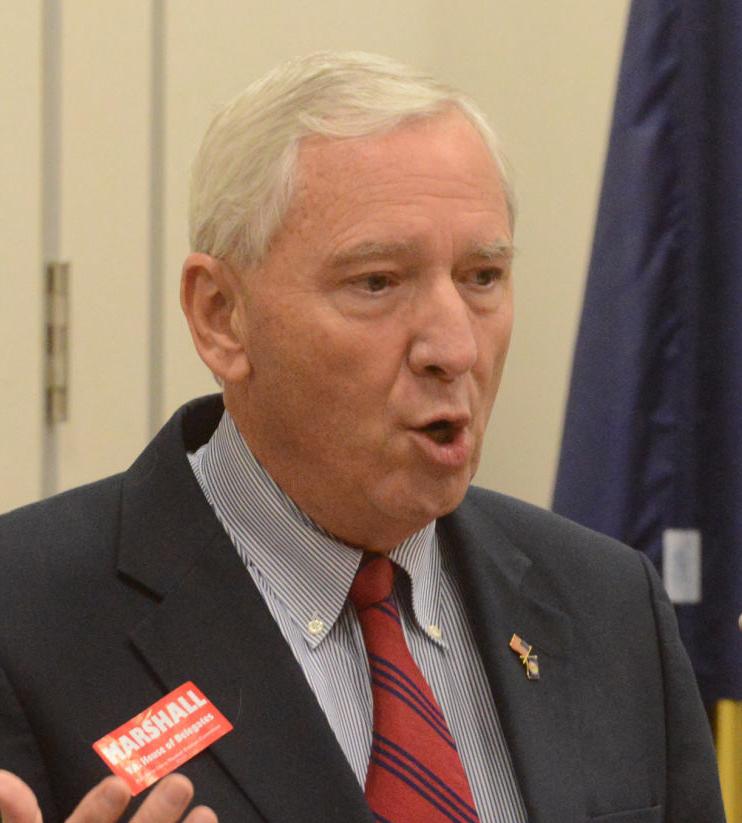