Though he only picked up about 4% of the vote statewide, Democratic lieutenant governor candidate and Danville native Xavier Warren dominated Tuesday’s Democratic primary in the Dan River Region.

Warren, 32, garnered about 47% of the vote in Danville and 31% in Pittsylvania County, according to unofficial results on the Virginia Department of Elections web site.

Statewide, Warren received about 4.15% of the vote among a total of seven Democratic candidates for lieutenant governor (one of whom dropped out earlier). Hala S. Ayala won the nomination with 37.5% of the vote, according to unofficial results.

The other five candidates for lieutenant governor were S. “Sam” Rasoul, Andria P. McClellan, Elizabeth R. Guzman (who dropped out of the race in April), Sean A. Perryman, and Mark H. Levine.

“It’s been truly a blessing to run in a statewide race,” Warren told the Danville Register & Bee during an interview Wednesday morning. “I got into the race to focus on working-class families and giving voice to the voiceless.”

As for local support for Ayala, she received just 8.65% of the vote in Danville and 10.5% in Pittsylvania County, according to unofficial results.

Warren, a contract advisor for the NFL Players Association, ran on a platform of expanding access to quality health care, equipping schools to prepare kids for high-wage jobs and ensuring fair and equal treatment for everyone.

He also owns a federal funding agency, Congressional Partners, which has secured millions of dollars for hospitals, schools, local governments and other non-profits to make it through the pandemic.

Warren strongly hinted at running for office again in the future.

“This race has opened up many doors,” he said.

As for the governor’s race, former governor Terry McAuliffe handily won the statewide primary against his four opponents with 62.21% of the vote, according to unofficial results. Jennifer Carroll Foy grabbed 19.8%, Jennifer McClellan received 11.6% of the vote, while Justin Fairfax and Lee J. Carter nabbed 3.5% and 2.7% of the vote, respectively.

Locally, McAuliffe received overwhelming support with 63% of the vote in Danville and 69.2% in Pittsylvania County.

Though Fairfax, the state’s current lieutenant governor, had weak showing across the commonwealth, he fared better locally. In Danville and Pittsylvania County, 13.49% and 11.25% cast their ballots for Fairfax, according to unofficial results.

As for the attorney general nomination, incumbent Mark Herring triumphed over challenger Jerrauld C. “Jay” Jones with 56.59% of the vote to Jones’ 43.41%, statewide, according to unofficial results.

Locally, it was Jones who won Danville and Pittsylvania County, with 60.3% of the vote against Herring’s 39.6% in Danville and 56.8% to 43.1% in the county, according to unofficial results.

Voter turnout in the Democratic primary was lower than in 2017 for Danville, with 7.5% Tuesday, compared to 11.2% four years ago when Ralph Northam and Tom Perriello battled it out for the gubernatorial nomination, said Deputy Registrar Tammy Warren.

There are 28,783 registered voters in Danville.

Pittsylvania County’s turnout Tuesday was about the same as it was four years ago — at about 4.5%, said Registrar Kelly Keesee.

There are 45,680 registered voters in Pittsylvania County.

Here's your guide for Danville and Pittsylvania County.

Move will give county and businesses more time to figure out implementation.

Those offices are expected to reopen at noon Tuesday. 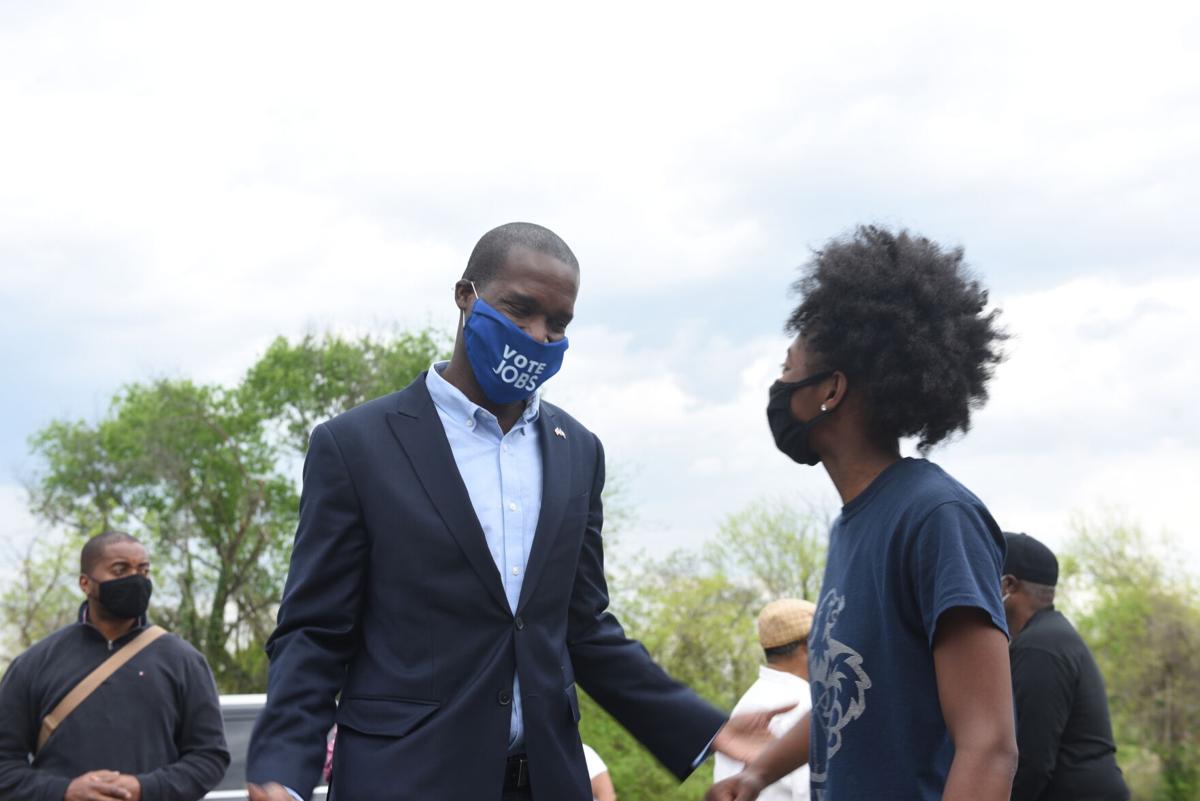 Danville native and Democratic lieutenant governor candidate Xavier Warren chats with supporters in April during a kick-off event for his five-day statewide bus tour of Virginia. 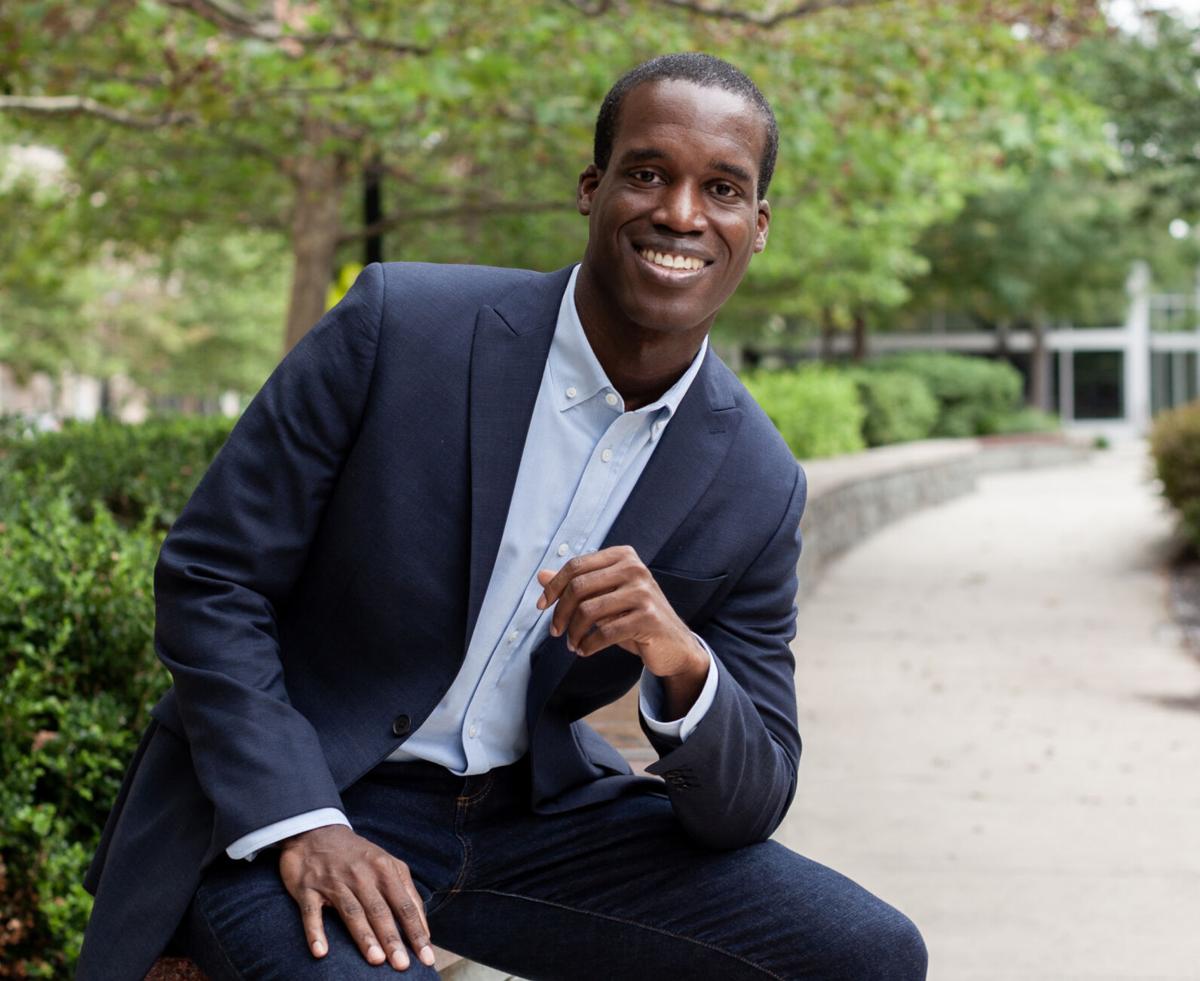