The group behind the defeated referendum to increase the sales tax for school projects in Pittsylvania County withdrew its request Friday for a recount of the vote.

Pittsylvanians for a Brighter Future decided to rescind its request after finding out it would have to pay the costs of the recount if the results were not in the group’s favor.

“Because of the cost that would be charged to the petitioner should the recount not be in the petitioner’s favor, we felt it was in the best interest not to proceed,” said Martha Walker, the group’s chair.

Pittsylvanians for a Brighter Future was formed to support the sales-tax hike.

Seventy-five voters signed the petition for the recount, which was filed with the Pittsylvania County Clerk of Court on Nov. 12.

But on Nov. 17, Pittsylvania County Schools Superintendent Mark Jones was informed that state law required petitioners to pay recount costs if it does not identify enough “yes” votes, according to a report from Walker.

The withdrawal request was submitted Nov. 17. At a hearing the next day, the judge required the group to get a signed affidavit from each petition signer agreeing to the withdrawal.

After getting the signed affidavits, Walker said, the group returned to court Friday morning so the judge could approve the petition’s withdrawal.

“The director of elections indicated that the cost would be over $20,000, and she understood the judge would require the petitioners to pay the costs,” Walker wrote in the report. “The petition was not from Pittsylvania County but from 75 voters who were unaware of this 2020 change to the code of Virginia. Therefore, this was unexpected and alarming.”

If the group had prevailed following the recount, then the county would have picked up the cost, Jones said.

The Pittsylvania County School Board voted unanimously Nov. 9 to seek a recount after a 1% sales-tax measure to improve facilities failed by 23 votes on Nov. 2.

Members also approved an investigation to explore what other options are available including seeing if the referendum could be put on the ballot another year.

County voters rejected the idea of imposing a new tax by the razor-thin margin — 12,751 to 12,728. The tax would have generated about $3.3 million per year to pay for upgrades to aging school buildings.

To try to find answers as to why the sales-tax question was defeated, a survey was posed to Pittsylvania County residents to determine why so many — 50% — were against it.

Of 97 responses received shortly after the election, the majority said they believe the no vote was driven because residents simply didn’t want another tax. Others didn’t fully understand how other school funding was being used.

A trust factor with the Pittsylvania County Board of Supervisors was the third top reason given for the rejection.

Besides an official recount, school administration officials have talked with the Virginia Board of Elections and local delegates to see if it’s possible to put the measure before the public again. The local delegates are looking into what can be done.

“That is our hope,” Walker said Monday. “We’re working with our legislative delegation and the board of supervisors to request that it be placed on the 2022 ballot.”

Jones was hopeful that the referendum would come out in the group’s favor next time.

The General Assembly passed a measure to allow localities to impose a 1% sales tax if it won support of voters. The money generated from the tax can only be used for school construction.

According to state law, a vote difference of 50 votes or less or not more than 1% — whichever is greater — on a question qualifies that result for a recount.

A petition for a recount must be filed with the circuit court within 10 days of the vote results being certified by the state or local electoral board, according to state law.

First elected in 1995, he represented the Westover District.

"This feels more like a pep rally and less like a groundbreaking," said Eastern Band of Cherokee Indians Principal Chief Richard Sneed during his statements at the event.

The Danville Police Department has started moving its new headquarters off Memorial Drive.

Operating, lease agreements for Danville's White Mill project to be voted on next week

It looks like agreements for parties involved in the White Mill project will be approved next week.

Revealed: The top city in the world to find a soulmate

Revealed: The top city in the world to find a soulmate

Germans rush to green their homes amid fears of gas shortage

Germans rush to green their homes amid fears of gas shortage 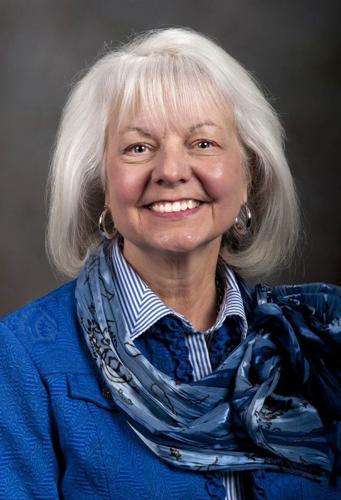 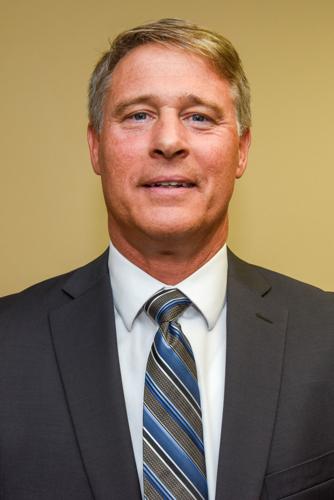