Danville has lost not only a former mayor, but a major player in economic development.

Linwood Wright, a former Dan River Inc. executive who served on Danville City Council from 1986 to 1998 and most recently worked as public and governmental affairs consultant with the city’s economic development office, died Wednesday morning. He was 86.

City officials and former mayors praised Wright as a highly intelligent and knowledgeable individual who was passionate about Danville and the region.

“He was very smart, very intelligent, very informed and he also had a very good work ethic,” said Danville City Councilman and former Mayor Sherman Saunders, who served on council with Wright from 1996 to 1998. “He always believed in getting to work before it was time to punch in.”

Saunders voted as a councilman to select Wright as mayor in 1996, he said. Danville’s mayors are not elected by citizens, but selected every two years by a Danville City Council vote.

Wright was involved with almost everything in the city, especially economic development, Saunders said.

Saunders recalled a saying from Wright that illustrated his strong work ethic: “If you’re on time, you’re late.”

“After a while, the team ends up feeling more like family, and we are extremely saddened to have just lost such an integral member of our economic development family today,” Bobe said in a prepared statement. “Not often one is afforded the opportunity to work alongside an individual who has dedicated so much of his life to the betterment of the community.”

During the late 80s, Wright provided tremendous leadership during the city’s process to annex part of Pittsylvania County, recalled former Mayor Sam Kushner, who served on council with Wright at the time.

Wright “had a greater vision of what Danville could be in terms of economic development potential and its vision of itself,” Kushner added.

“He was one of the most highly competent people who helped to make things happen,” he said.

Wright strived to do all he could for the city, said former Mayor John Gilstrap, who was mayor from 2016-18.

“He worked tirelessly to do things for the city, to put the city in a better position to attract industry,” Gilstrap said. “He was also a good mayor and good councilman. He listened to both sides and made very sound decisions.”

But Wright also had his humorous side, Gilstrap pointed out.

“He was a funny guy,” said Gilstrap, who was director of Danville Parks and Recreation in the 1980s while Wright was on council. “He enjoyed a good laugh.”

When asked for examples, Gilstrap said, “I can’t repeat them.”

Saunders said, “He was funny, lots of jokes. He had laughter like I never heard. His laughter was one of a kind.”

Wright played a significant part in the city acquiring the Dan River Inc. site at Schoolfield for the casino, Gilstrap said.

He also began the process of reconciliation between the city and Pittsylvania County following annexation in 1988.

Wright, who was mayor from 1996-98, told the Danville Register & Bee during an interview in December 2018 that he had arranged the first joint meeting between City Council and the Pittsylvania County Board of Supervisors in 1997. The meeting took place in Wintergreen.

“That at least started the talk about ways to work cooperatively,” Wright said in 2018.

For Mayor Alonzo Jones, Wright was a mentor who provided guidance for Jones and checked up on him at least once a week.

“He would call me, invite me down to his office,” Jones said. “He would give me pointers and advice.”

When Jones first became mayor in 2018, he hosted a meeting with the city’s former mayors, including Wright.

“All the former mayors came together,” Jones said. “I was able to obtain some wisdom. Linwood was part of that team.”

“He had many contacts in the city, out of the city and out of the country,” Saunders said. “It was amazing the contacts he had.”

Wright had an office and an apartment in New York while working for Dan River Inc., Saunders said.

While Saunders faced health issues in 2017, Wright came to Saunders’ house to check up on him.

“We were more than just co-workers, we were friends,” Saunders said. “I’m going to miss him.”

Deputy City Manager Earl Reynolds said he had just talked to Wright a couple of weeks ago in Wright’s office. They talked of improving the area at Goodyear Boulevard and Industrial Avenue in the future.

“I’m glad we were able to have that conversation,” Reynolds said.

Wright, with his chemical engineering background, was a critical thinker, Reynolds pointed out.

“He knew the area like the back of his hand, and of course knew all of the folks in the area from a political standpoint as well as a community leadership standpoint,” he said.

His knowledge helped the city after the closure of Dan River Inc., and Danville was trying to redirect itself, Reynolds said.

“That institutional knowledge goes a long way and I’m thankful that Linwood would always share that information with people,” he said. “He didn’t hoard it.”

Wright’s knowledge of the area and passion for its growth and development cannot be replaced, he said.

“There was only one Linwood,” Reynolds said. “He injected many of us with a little piece of himself so we could hopefully pick up the mantle and take it a few more yards down the road.”

Danville is preparing for increased traffic from the Caesars Virginia casino resort when it opens.

Danville is hiring a firm to develop a sports tourism strategic marketing plan for the city.

"Can't you feel the excitement?" Danville Mayor Alonzo Jones said to the crowd.

Ford plant halted by Youngkin would have created 2,500 jobs in Dan River Region

Youngkin balked at the plant's partnership with a Chinese company. If Ford finalized the project, it would have gone in a mega site in Pittsyl…

The new-and-improved Westover electrical substation has been operating and serving customers again since December.

State of the Union address: Biden touts US eco­nom­ic progress

AMC Theatres to change ticket prices according to where you sit

AMC Theatres to change ticket prices according to where you sit 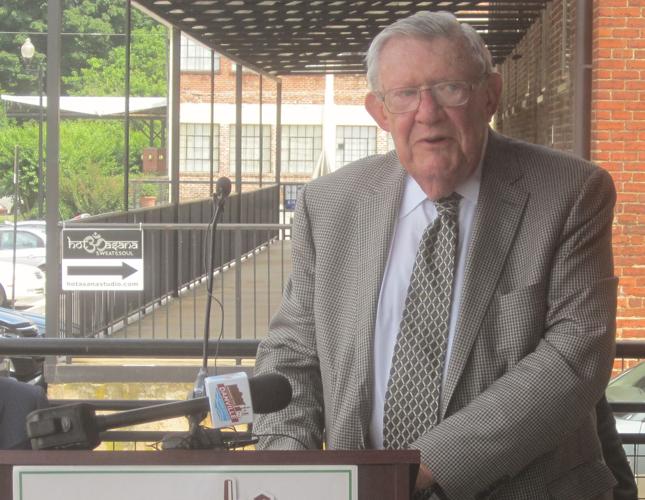 Linwood Wright, consultant to Danville’s economic development department and former mayor, speaks to a crowd gathered for a 2017 announcement of the Noblis Center for Applied High Performance Computing’s decision to remain in Danville for at least another five years. 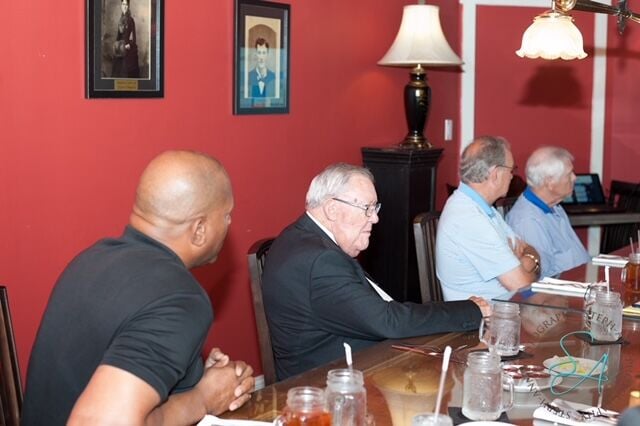 Former Mayor Linwood Wright, second from left, died Wednesday. He played a major role in attracting industry to the city and was public and governmental affairs consultant for Danville’s economic development office at the time of his death. 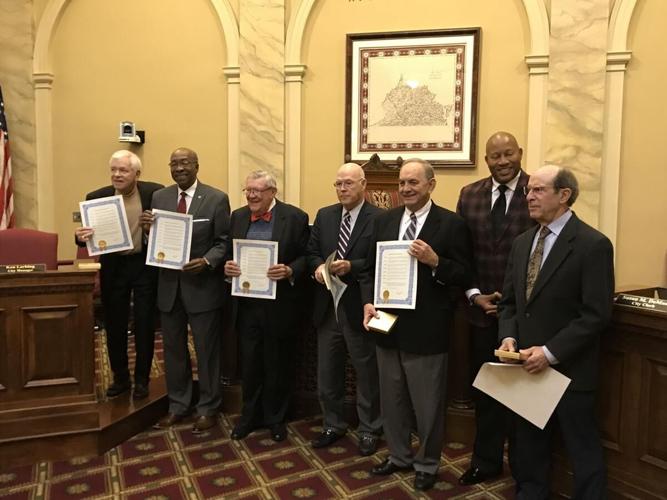 Former Danville Mayor Linwood Wright, third from left, died Wednesday morning. He was public and governmental affairs consultant for the city's economic development office at the time of his death. Wright is pictured with the city's former mayors, as well as current Mayor Alonzo Jones, second from right, in 2018. 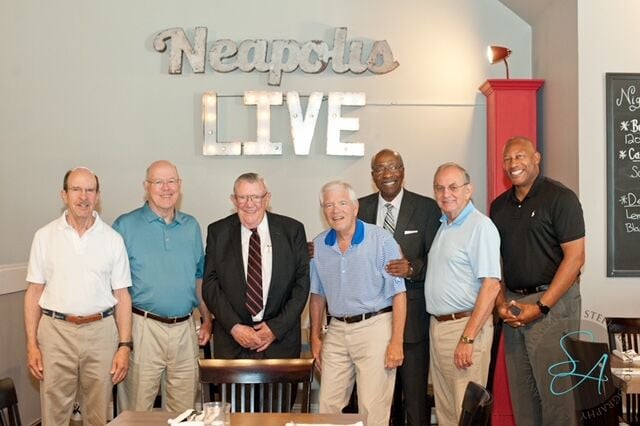 Former Danville Mayor Linwood Wright, third from left, died Wednesday morning. He was public and governmental affairs consultant for the city's economic development office at the time of his death. Wright is pictured with the city's former mayors, as well as current Mayor Alonzo Jones, far right, in 2018.