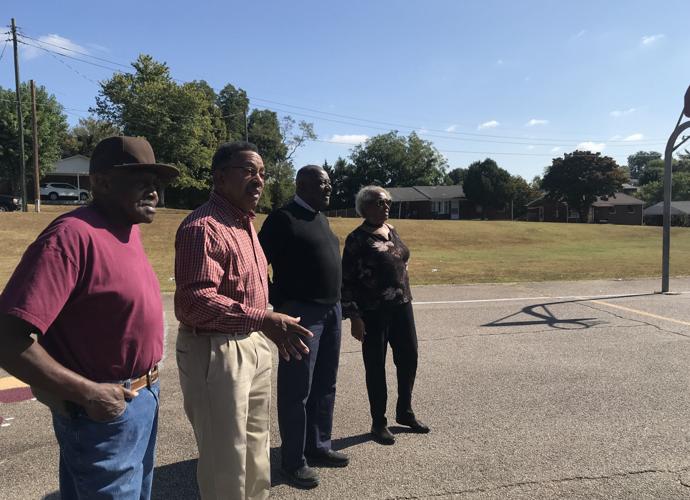 Harry Dillard, Clyde McCoy, Bill Wilson and Janie Cunningham talk about the significance of the Westmoreland neighborhood and the importance of preserving 4 acres of green space in the community Thursday morning. The green space is located at Sycamore and Spruce streets behind Head Start. 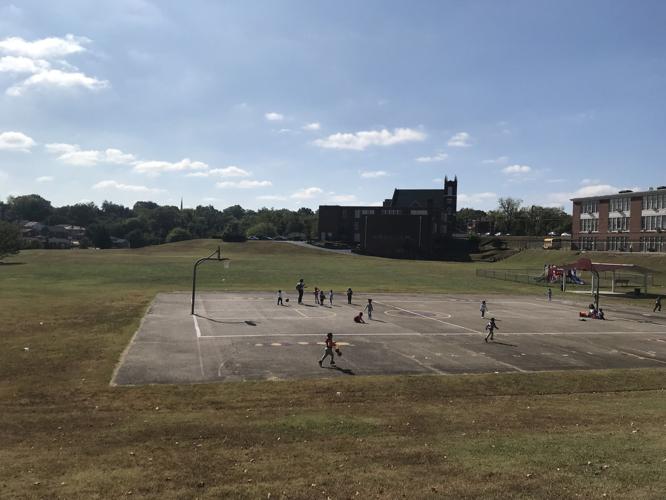 The Westmoreland Neighborhood Organization hopes to improve and preserve the 4-acre green space at Sycamore and Spruce streets behind Head Start. 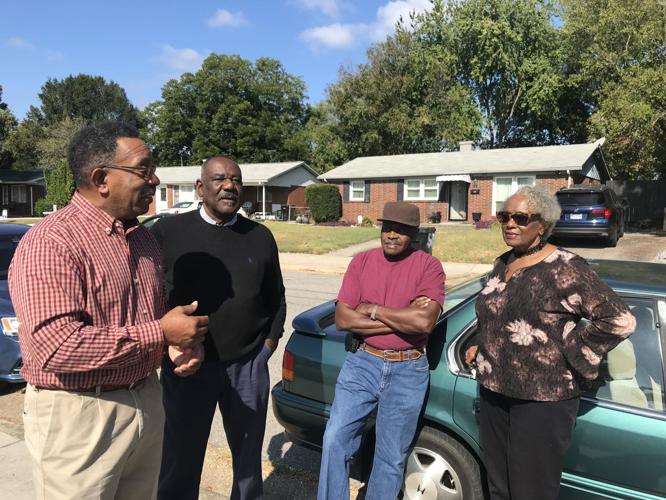 For 75-year-old Bill Wilson, the nearly 4-acre green space in the Westmoreland neighborhood behind Head Start holds a special place in his heart.

“It brings back memories,” Wilson, who grew up in the community, said during an interview along Sycamore Street, which offers a panoramic view of what could become a park. “It’s always just kind of sentimental.”

Wilson and other members of the Westmoreland Neighborhood Organization want to update and preserve the expansive green space in the Holbrook-Ross National Register Historic District.

Wilson is vice president of the group.

The Holbrook-Ross neighborhood was one of the first in Danville for African American professionals.

The Westmoreland Neighborhood Organization plans to seek money from local foundations, including the Danville Regional Foundation, to improve the open space.

“A lot of people grew up in that neighborhood,” said Clyde McCoy, 65, president of the Westmoreland Neighborhood Organization. “They’re every day people who, one time or another, played on that field.”

The green space is located at Sycamore and Spruce streets, behind Head Start on Holbrook Street. Head Start is in the former Westmoreland Elementary School.

The group would like to see a children’s playground, benches, seating, new basketball surface, picnic facilities, a raised garden, lighting, parking and utilities for events.

They also would like to have a walking trail encircling the park, especially for residents of the nearby senior apartment building inside the former Langston High School and later Westmoreland Junior High School.

“Our senior citizens need a place to come out and exercise and feel safe,” said the Rev. Emmett S. Young III, pastor at Loyal Baptist Church.

The site currently has a basketball court, a small shelter and a fenced-in play area for toddlers.

“It’s a shame we don’t have a playground,” McCoy said.

The 3.6-acre property is owned and maintained by the city of Danville and has served as a gathering place and play area for years.

“When those two schools were active, all of that land belonged to the schools,” Danville Deputy City Manager Earl Reynolds said. That is why it was never designated as an official city park, he said.

According to a 2017 Westmoreland Park Master Plan Report, Westmoreland Elementary School and Langston High School replaced the city’s first public school for blacks, which was built in 1880.

The Danville Regional Foundation provided a $25,000 grant for development of the plan.

The green space is now used for a variety of events, including the city’s annual National Night Out celebration, Rock the Block and voter registration events, among others.

Wendi Goods Everson, senior program officer with the Danville Regional Foundation, said members of the organization have inquired about possible funding related to the green space.

“They have to have permission [from the city] to use that space before we could consider that,” Everson said, pointing out the importance of the green space in the Westmoreland neighborhood.

“It has some historic significance for that community,” she said.

The group has not submitted an application for a grant from the foundation and the DRF board has not considered it, Everson said.

The Westmoreland Neighborhood Organization would like to see the park improved for people of all ages.

“It’s a place where people can meet together in a peaceful area,” said the group’s secretary, Janie Cunningham, 74.

Harry Dillard, 70, has lived in the area since 1974 and agrees with Cunningham.

“I’d like to see it become a nice part of the community,” Dillard said.

A 57-year-old Danville woman died after a crash involving an ATV on Wednesday in Henry County, authorities report.

More than 14,000 customers in Dan River Region without power after Ian storms through

The National Weather Service in Blacksburg dropped the wind advisory and flood watch it had issued through midday Saturday as the now system — no longer considered tropical — continues to weaken.

Long hours, tight deadlines and challenges in the classroom are all the norm these days for educators.

The Danville area has the potential to be a regional advanced manufacturing hub, said the president of the National Association of Manufacturers.

Camping on city property in Danville could be outlawed.

The region can expect 3 to 5 inches of rain, according to the National Weather Service.

Florida GOP senators Marco Rubio, Rick Scott vote ‘no’ on hurricane relief in their own state

The oldest vine in the world is harvested in Slovenia

The oldest vine in the world is harvested in Slovenia

Harry Dillard, Clyde McCoy, Bill Wilson and Janie Cunningham talk about the significance of the Westmoreland neighborhood and the importance of preserving 4 acres of green space in the community Thursday morning. The green space is located at Sycamore and Spruce streets behind Head Start.

The Westmoreland Neighborhood Organization hopes to improve and preserve the 4-acre green space at Sycamore and Spruce streets behind Head Start.