MVP spokesman Shawn Day expressed disappointment at the decision that came “despite the overwhelming evidence that our application met or exceeded all previously stated requirements.”

MVP Southgate is evaluating the next steps it will take in response to the board’s decision, Day said.

“The proposed facility would have been one of the most stringently controlled natural gas compressor stations in the United States,” Day said in a prepared statement. “The board’s decision is not supported by factual evidence.”

The Virginia Air Pollution Control Board voted 5-2 to deny the permit, despite recommendation for approval from the Virginia Department of Environmental Quality during the board’s meeting that was held Thursday and Friday at the Olde Dominion Agricultural Complex in Chatham.

The board denied the permit after members determined that the proposed project did not meet the fair treatment requirements of the Virginia Environmental Justice Act, would affect an environmental justice community and that the project’s site is not suitable under the act, legal precedent or state code.

“Given these reasons, the board is varying from the recommendation of the department and denying the above referenced permit application,” Board Chair Kajal B. Kapur said in a board statement outlining its decision Friday.

“Air board members fulfilled their responsibility to their fellow citizens,” Royston said in a prepared statement. “They listened to the voice of the people and made a decision that is in the best long-term interest of our community.”

“Environmental and climate justice is a civil rights issue,” Jones said in a prepared statement. “We all depend on the physical environment and its bounty.”

The project’s plans included MVP Southgate’s Lambert Compressor Station to be built at 987 Transco Road, on land owned by Mountain Valley and near an existing compressor station at Transco Village, about 2 miles east of Chatham.

Greg Bilyeu, VDEQ spokesman, said of the board’s decision: “DEQ develops permits based on applicable laws and science to protect the environment and human health. The board’s written statement provides their views on why the permit was not approved today.”

The MVP Southgate project proposes a natural gas pipeline system that would span about 75 miles from Southern Virginia to central North Carolina and would be regulated by the Federal Energy Regulatory Commission.

Mountain Valley Pipeline would construct and own the proposed MVP Southgate. EQM Midstream Partners would operate the pipeline and own the largest interest in the joint venture.

MVP Southgate would tie into the Mountain Valley Pipeline near Chatham, and transport supplies of Marcellus and Utica natural gas to delivery points in Rockingham and Alamance counties in North Carolina for distribution to PSNC Energy’s residential and commercial customers, according to the MVP Southgate website.

The project’s route would pass through a portion of the Southern Virginia Mega Site at Berry Hill in southwestern Pittsylvania County.

About 15 people spoke during a public comment period before the board’s decision, with all except one person voicing opposition to the project and requesting the board to deny the air permit. The compressor station and pipeline would adversely affect public health, especially in communities of color in Pittsylvania County, they said.

Brenda Poole, a member of the Environmental Justice Committee of the NAACP’s Pittsylvania County branch, pointed to several African American residents in her community who have cancer and other health issues including trouble breathing.

“I am very concerned about our community,” Poole told the board. “People are getting sick and dying.”

Those building the compressor station will reap the financial benefits of the project without suffering any health consequences, she said.

The Williams Transco Station and the Lambert Compressor Station may never submit any reports because there’s not enough people living in the area to be monitored by the EPA, Cavalier said.

Pittsylvania County resident Katie Whitehead pointed out that county officials — “unmasked champions of the Second Amendment and local sovereignty,” she said — “surrendered our local authority to even consider whether we want a third compressor station.”

She also criticized the county for revising the county’s zoning ordinance to exempt gas facilities certified by the Federal Energy Regulatory Commission before FERC even granted a certificate for MVP Southgate.

“This is not environmental justice and it sure as hell is not public engagement,” said Whitehead a member of the NAACP’s Environmental Justice Committee.

Also, there is no coherent public conversation about the project, she said.

“Just about everyone I speak with about the compressor station is confused,” Whitehead said. “They can’t even remember if they knew the difference between one pipeline and another. It’s one big bureaucratic blur.”

Chatham Mayor Will Pace provided the lone voice of support for the project.

“We need more natural gas,” Pace told the Danville Register & Bee. “A lot of our economic development projects have been a large factor in that. I don’t want to see us fall behind.”

Day said that the board’s decision disregarded the findings by FERC that determined the project is needed to meet public demand and that it could be built and operated safely. In addition, the project has support from the Pittsylvania County Board of Supervisors, he said.

Virginia may be nearing peak in omicron wave

Virginia may be nearing the record peak of the pandemic this week, but cases remain extremely elevated in the Dan River Region.

The National Weather Service in Blacksburg is hinting at another possible winter system later this week.

A powerful winter storm blasted the Dan River Region on Sunday leaving behind a frozen crusty coating on nearly every surface.

At this point there doesn't appear to be a need to stock up on bread and milk, the Southern staple of winter storms.

As part of a three-day celebration honoring the life and legacy of Martin Luther King Jr., the Danville and Pittsylvania County chapter of the Southern Christian Leadership Conference hosts its annual MLK Banquet on Saturday. 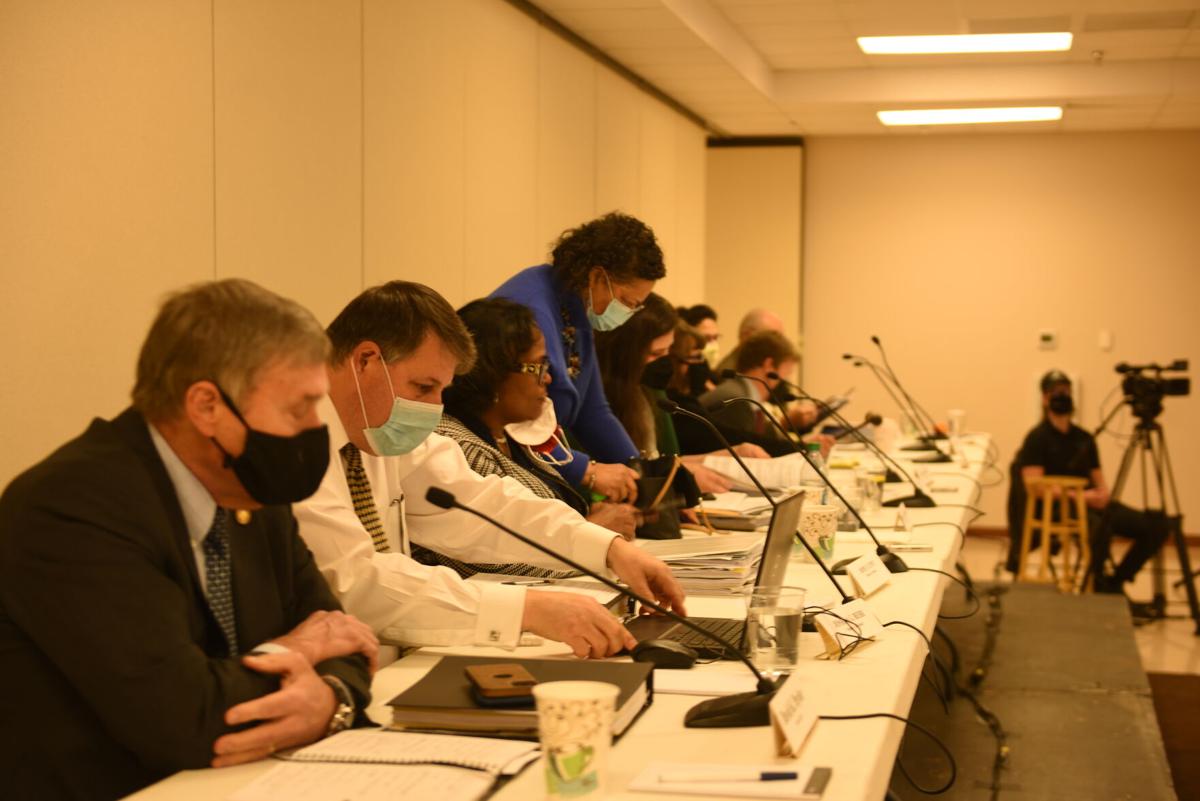 Members of the Virginia Air Pollution Control Board prepare to meet Friday morning at the Olde Dominion Agricultural Complex to hear public comments and consider a permit for the Mountain Valley Pipeline Southgate’s Lambert Compressor Station project in Pittsylvania County. The board denied the permit. 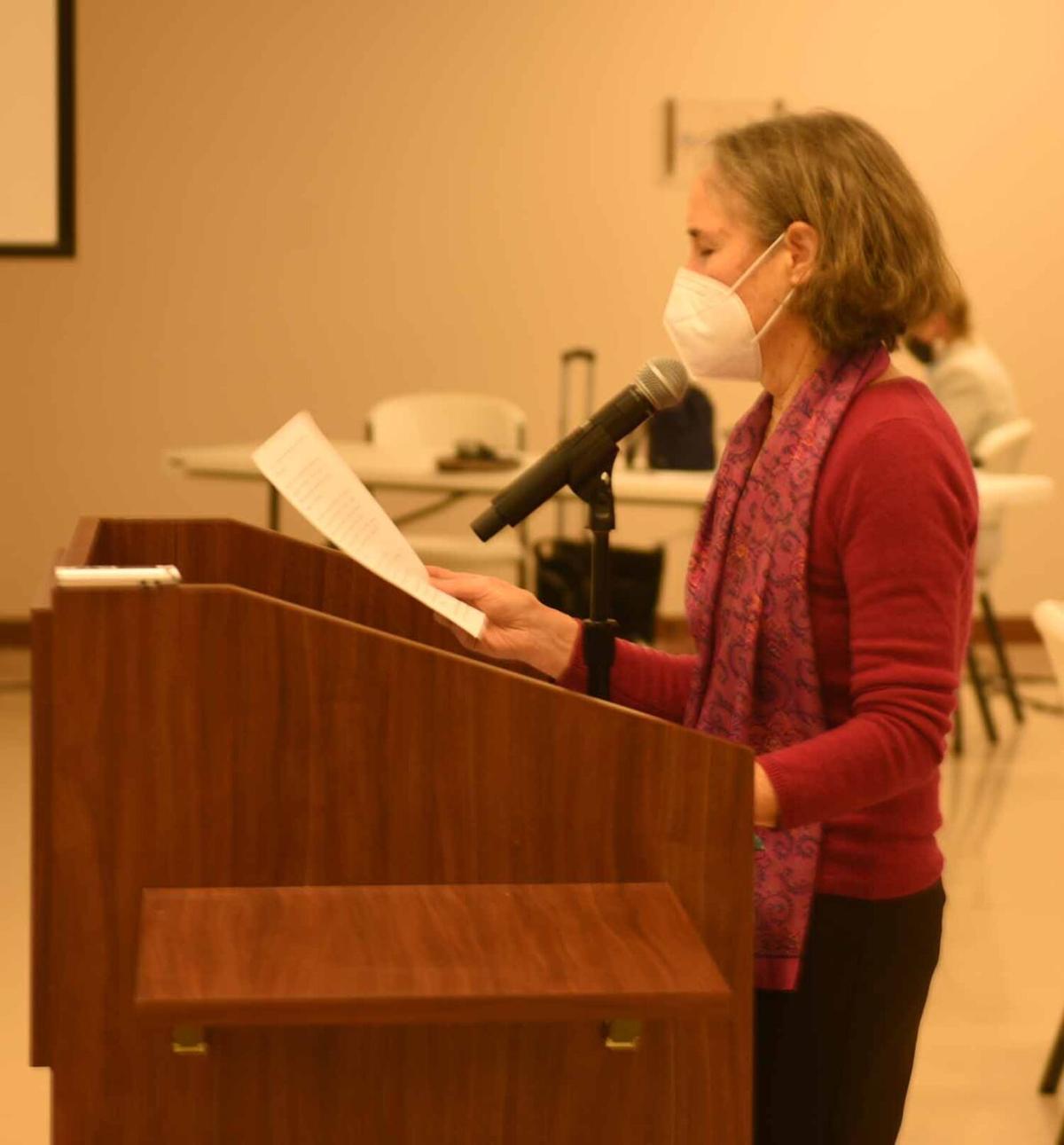 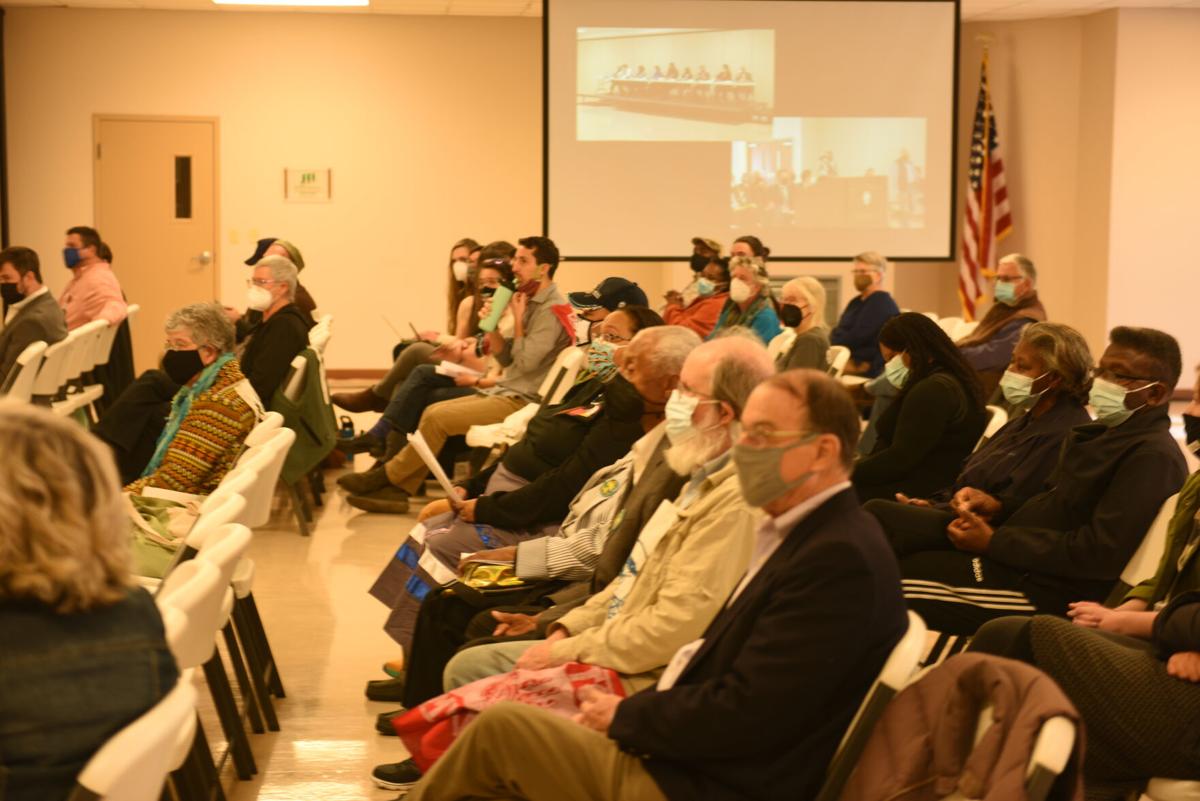 About 60-70 people attend the second day of a two-day meeting and public comment on a permit for the proposed Mountain Valley Pipeline Southgate Lambert Compressor Station project. The meeting was held by the Virginia Air Pollution Control Board, which voted to deny the permit.