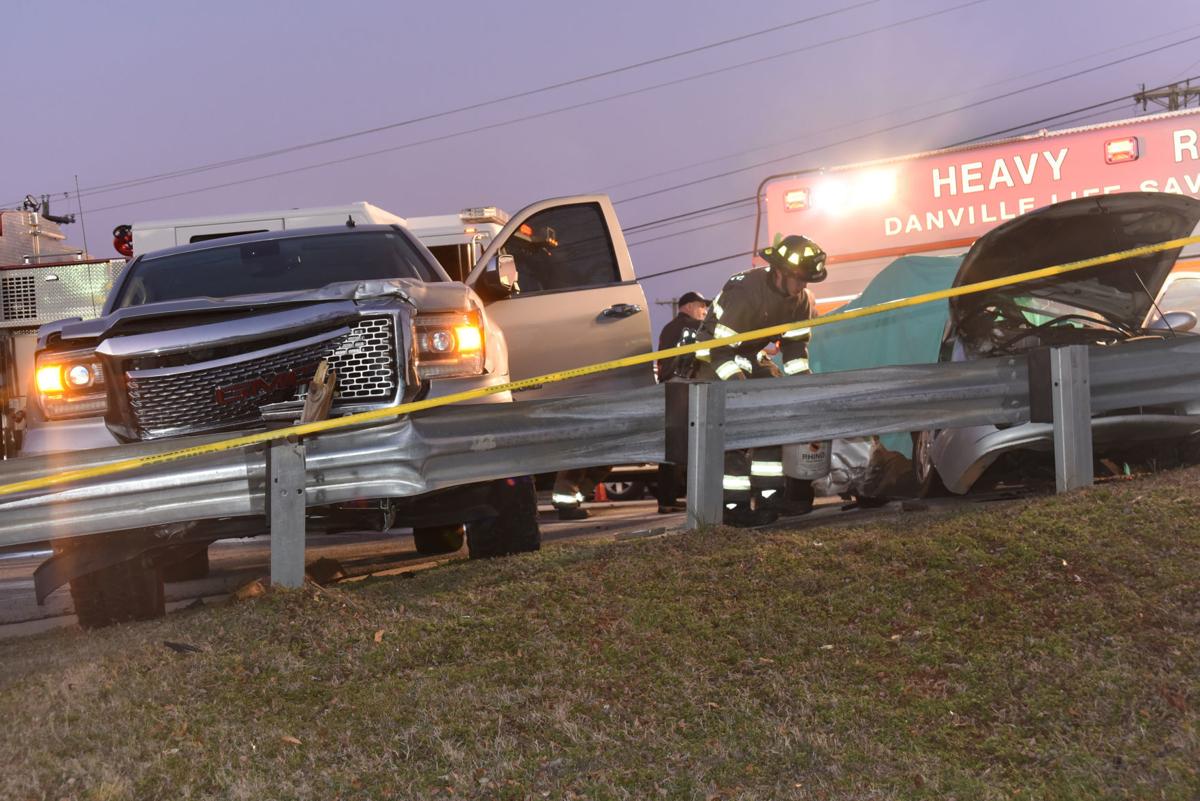 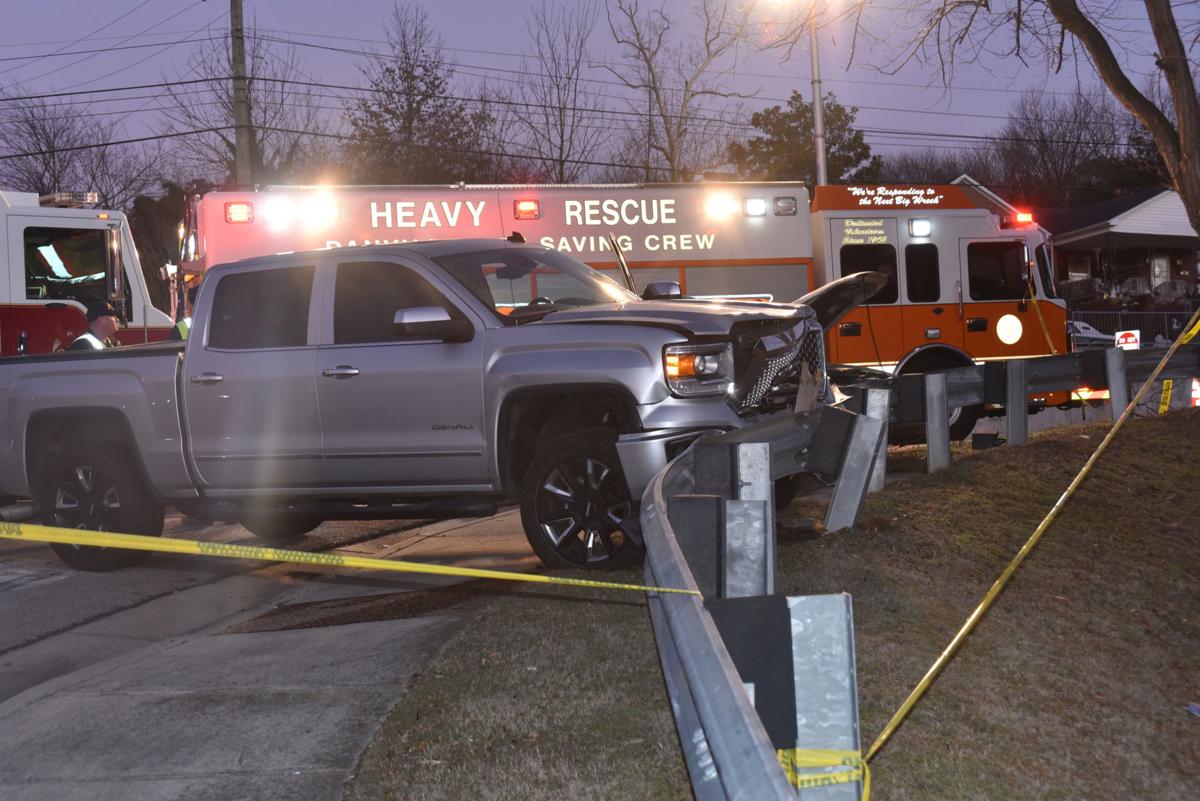 Police report a GMC Denali pickup truck was involved in a wreck that left two people dead on South Main Street in Danville on Wednesday evening. 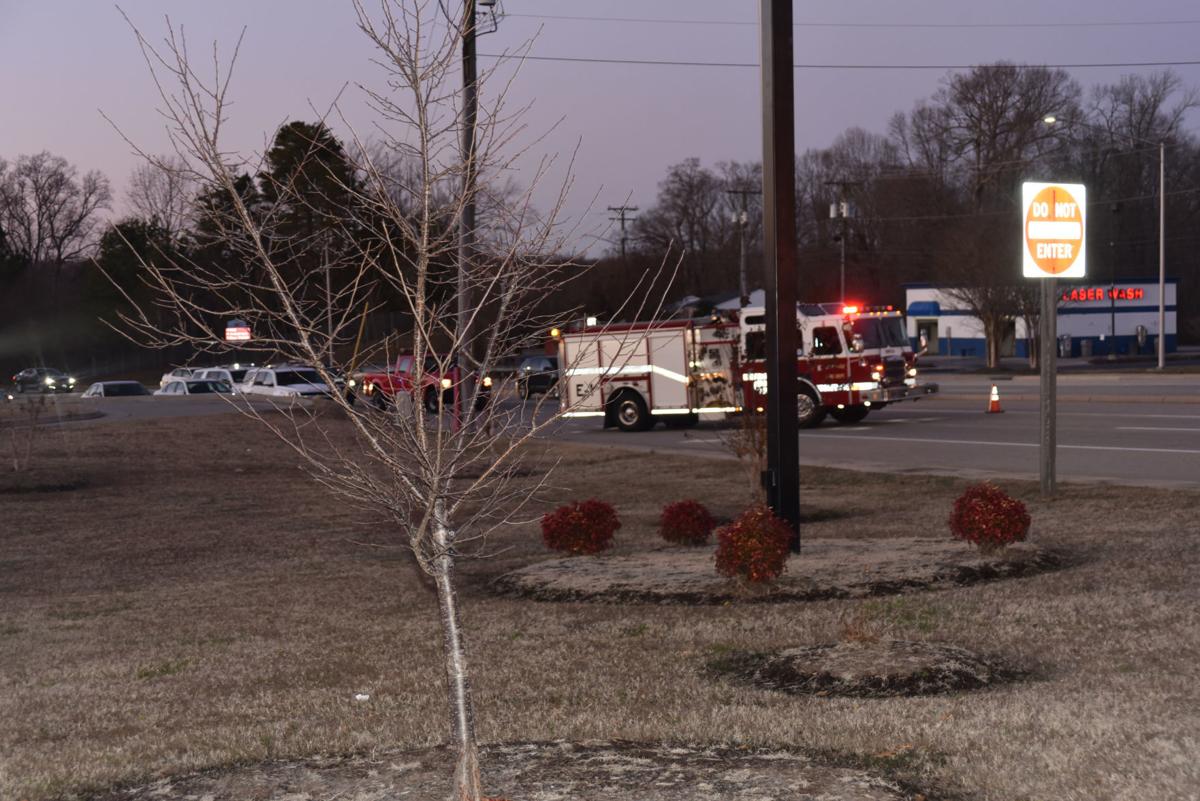 A hulking GMC pickup truck stood frozen in time, its grille interlocked with the guardrail near the intersection of Updike Place and South Main Street, located near a Dollar General.

The driver of the pickup truck, police say, walked away with no injuries. The passengers in the other car involved did not.

“Both those in the car died,” said Lt. Scott Eanes of the Danville Police Department.

The smaller vehicle, a 2004 Nissan Altima pulled off of Updike Placa and into the path of a 2014 GMC Denali pickup truck at 5:06 p.m., police report. The truck was traveling down the southbound lane of South Main Street before it collided with the Altima. Both occupants were pronounced dead at the scene, police report.

Less than minutes 30 minutes after the crash, a green tarp could be seen covering the top of the Altima, with fire and police personnel working working throughout the scene.

Some first responders picked up crumpled metal strewn along the sidewalk, while others directed oncoming traffic that snailed through a single lane of the two-lane southbound section. Others closed off sections of highway surrounding the scene.

Motorists slowed vehicles to a crawl and stared as they looked on at the smashed car and truck off to the side of the road.

Onlookers in the Dollar General store parking lot snapped pictures with their phones or spoke amongst themselves. They soon hopped into theirs cars and dissipated into the steadily increasing line of cars stuck on the road.

A female employee of the dollar store told the Register & Bee that the wreck could be heard from the inside of the building, but that she didn’t witness it because she was busy helping out customers at the time.

A male looking on from the store parking lot, who also did not see the wreck happen, said that particular intersection was dangerous.

“People are always pulling out over here,” he said, as he turned and looked out toward the intersection.

After nearly an hour after the wreck, police officers unfurled yellow tape emblazoned with the words “CRIME SCENE” and wound it around traffic signs to rope off the scene. Police snapped photos of the scene, their camera flashes lighting up darkened areas of grass alongside the sidewalk.

Eanes explained that the Virginia State Police were soon coming to help with the crash investigation.

The investigation into the crash is still ongoing, police confirmed, with any additional information released after the families of the deceased are notified.

Danville police have identified the two people who died in a Wednesday evening car crash as a man and woman from Providence, North Carolina.

Police report a GMC Denali pickup truck was involved in a wreck that left two people dead on South Main Street in Danville on Wednesday evening.