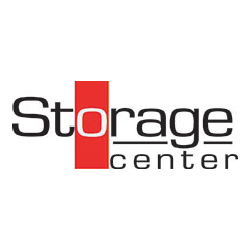 Before another potential COVID-19 wave strikes the commonwealth this winter, the Virginia Department of Health may be able to hoist warnings from a less-than-traditional detection method: wastewater.

Sewage system samples can be a barometer of sorts to gauge COVID-19 infection in a community, even before people start feeling sick. That’s because those infected with the illness shed virus in bodily waste.

In other words, this method could sound alarm bells about a week before outbreaks are found by other more traditional means.

To strengthen the early warning system, the health department is deploying more than two dozen of these wastewater monitoring sites across the state, the University of Virginia’s Biocomplexity Institute reported in its latest update, although it’s not clear where these systems will be stationed.

Coupled with regular surveillance programs, the goal is to provide red flags before a surge begins, thus giving residents the option to respond and prevent it from happening.

UVa researchers likened this process to a warning system put in place after a deadly tsunami in 2004.

“We’re in a similar position,” scientists wrote in the report. Models paint a wide range of possibilities for the winter months. The more positive scenarios show infection rates will continue to drop. An ominous version illustrates the possibility of another surge that would shatter records set last year.

In the end, the pandemic’s course — just like UVa reports have often said — lies in the hands of Virginians.

“With enough warning we could take steps to mitigate the next wave...” researchers wrote.

The wastewater tests are only one area state health leaders are focusing on to stave off another wave. Enhanced predictions could equally play a critical role.

“Individuals are often wrong, but crowdsourced forecasts can be surprisingly good at capturing the intangibles that affect complex processes like an epidemic,” UVa researchers recently wrote.

The health department is teaming with Metaculus to strengthen the forecasting process. Currently, there’s less than a 1-in-3 chance for winter surge, according to Metaculus estimates.

Virginia often has — with a noticeable lag — followed step of other states throughout the pandemic. For example, Florida and Texas experienced last year’s record-breaking wave and this year’s delta surge before the commonwealth felt an impact, UVa report.

Michigan and other Midwestern states provided an early preview of the January wave, perhaps because colder weather infiltrates those areas far faster than Virginia.

The health department and leaders at UVa are “carefully scrutinizing” other states as a sign of what could be down the pandemic road, especially with some areas of the nation showing a rise in daily caseloads.

Throughout the state and Dan River Region, infections started to increase about a week before Thanksgiving but pulled back slightly this week. That could be due in part to a lag in reporting because of the holiday, something experienced many times over the pandemic. Data available early next week will show if the increase was just a blip or an indication of what’s to come.

“As the weather turns cold, people are spending more time indoors, in closer spaces, for longer periods,” Brookie Crawford, a spokesperson with the health department told the Register & Bee last week. “And with the approaching holidays — when people tend to gather – we expect these numbers to increase.”

In Danville, three new deaths at the hands of COVID-19 were added to the record books this week. The fatalities likely occurred at least weeks earlier because of the process state health officials use to verify a death was caused by the coronavirus.

In all, 328 residents of Danville and Pittsylvania County have died from the virus since the first fatality was reported in March 2020.

Southside Virginia remains locked in the highest-risk zone for COVID-19 spread, according to the Centers for Disease Control and Prevention. Areas with high infection rates and positivity percentages illustrate the virus is still spreading uncontrolled in a locality.

In communities with a high transmission, federal and state authorities recommend residents wear face masks for indoor public settings. However, as cases started to drop earlier this month, masks usage also scaled back across the state. About 61.5% of residents self-reported wearing face coverings before the holiday, a drop from the 65.5% in the first week of November.

Booster doses of COVID-19 also have tapered off, according to UVa. Yet, an uptick in vaccinations could prevent thousands of cases heading into next year, the most recent report noted.

“Please do your part to stop the spread and continue to practice good prevention, including indoor masking, social distancing, and self-isolating when sick, and get vaccinated as soon as possible,” researchers said.

The victim will have the bullet in his head for the rest of his life and has suffered headaches, hearing loss and insomnia, Danville Commonwealth's Attorney Michael Newman said.

Every time Gilb made a repair at the home, something else would need fixing. Just a week ago, his air conditioning system broke down.

A $5,000 reward from the Pittsylvania County Crime Stoppers is offered if information provided leads to an arrest and convention.

Investigators have not determined a motive in the incident and no arrests have been made.

"He was the perfect example of what a town officer should be," Chatham Police Chief Randy Lawson said.

Eight people were shot — one fatally — at a large party early Sunday morning in the Sutherlin community of Pittsylvania County, authorities report.

On Thursday, God’s Storehouse — a non-profit food pantry in Danville — welcomed a semi-truckload of food donated by The Church of Jesus Christ of Latter-day Saints.

The two-week program that ended Thursday offers extended and enhanced learning outside of the regular school year for gifted students who qualify.