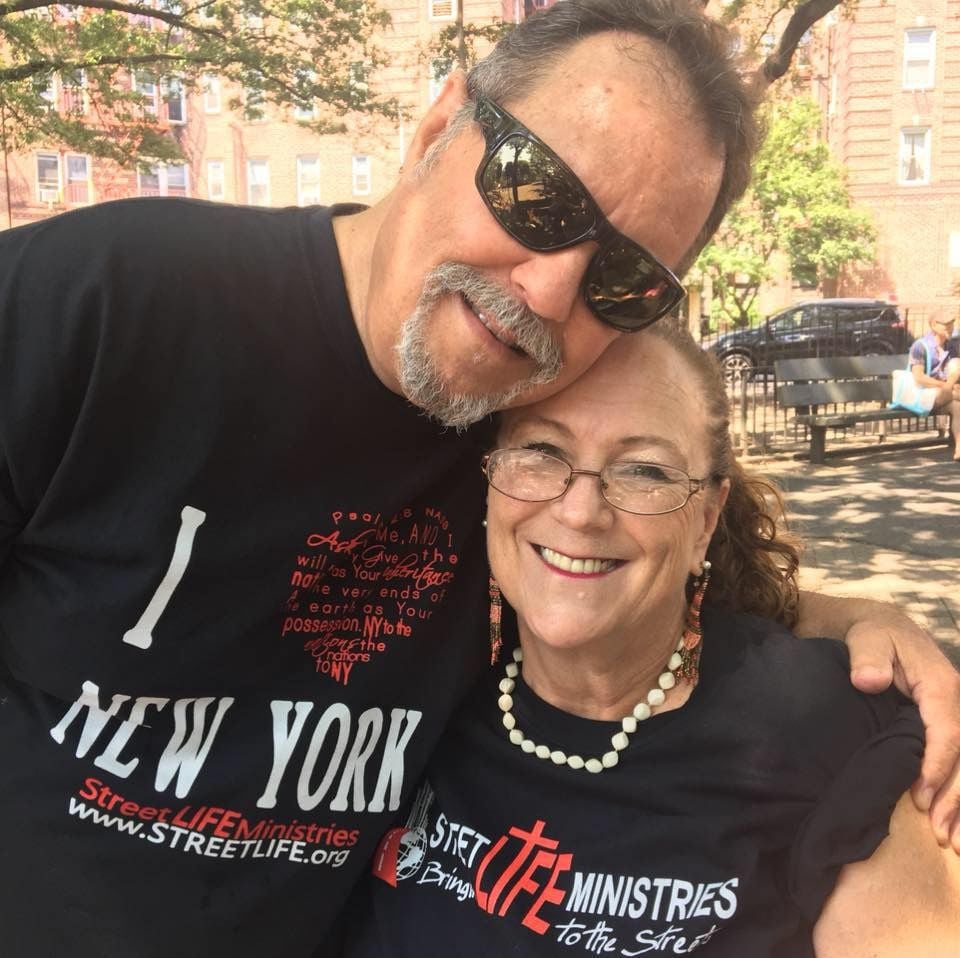 Jean and Landon Spradlin pose for a photo on a mission trip in New York City in 2018. 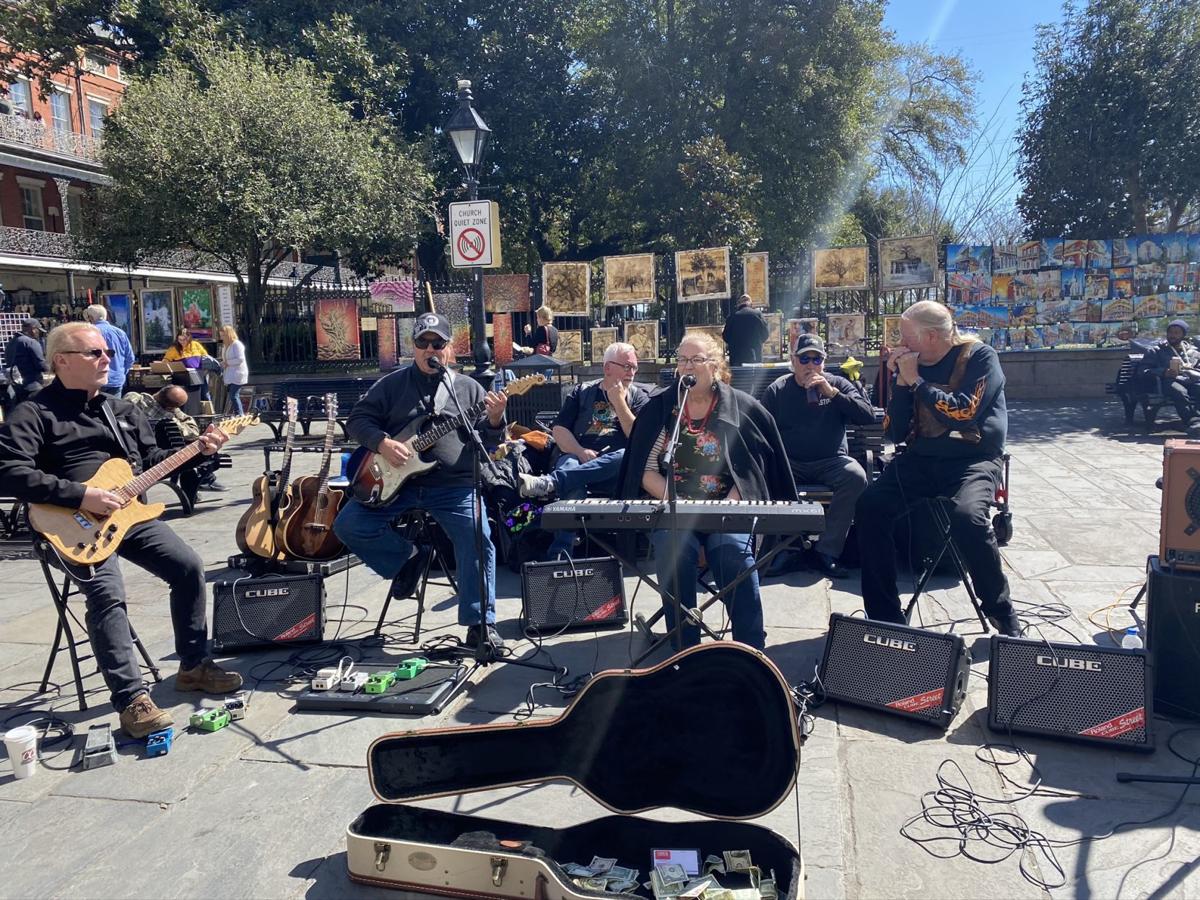 Her husband died and she is stuck alone in a house in a strange city without the rest of her family.

Even though she tested negative, Jean Spradlin, of Gretna, is in quarantine in a large home in North Carolina for at least another week for concerns she may spread COVID-19 because she was in close contact with her 66-year-old husband, Landon Spradlin, who had the virus.

Her husband of 35 years died early Wednesday morning, the family said, because of complications from COVID-19 and double pneumonia. He had been on a ventilator for more than a week at Concord, North Carolina, hospital Atrium Health Cabarrus.

They were in New Orleans when he started getting sick. On their way back to Gretna on March 17, his condition worsened to the point where he could hardly breathe. So Jean Spradlin took her husband to the hospital in Concord, where the test for COVID-19 came back positive the next day, she said.

The North Carolina Department of Health and Human Services reported Wednesday two people died from “complications associated with the virus,” including a person in their 60s from Virginia who was traveling through North Carolina.

The Virginia Department of Health confirmed the first fatality associated with COVID-19 in a resident of the Pittsylvania-Danville Health District. The person was receiving care at an out-of-state hospital.

“We express our sincere condolences to this person’s family,” Scott Spillmann, director of the Pittsylvania-Danville Health District, wrote in a statement. “Unfortunately those over 65 and those with underlying health conditions are at greater risk of serious complications from COVID-19.”

Family and friends will remember Landon Spradlin as a kind man, a gifted musician, and “not just a normal minister” who was well-known and loved by many.

“My father was a very big bunch of people-loving, Jesus-loving dynamite in a small package,” said Judah Strickland, one of Spradlin’s five children.

Spradlin was inducted into the Blues Hall of Fame in 2016, has led a number of non-traditional churches, including one in the 1990s that was located between two strip clubs in New Orleans and another for bikers in Texas that met at a bar. Jesse Spradlin, the couples’ daughter, described him as “a modern-day Apostle Paul” — the traveling evangelist who wrote half of the New Testament.

“He’s not just a normal minister,” she said.

Stuart Jennings spent lots of time attending live concerts and conferences and playing music with Spradlin during the past decade. He said very few were in Spradlin’s league musically.

“I always say he’s the best blues man this side of the Mississippi,” he said. “He’s just phenomenal, vocally and instrumentally.”

Patrick McGrath, who attended a church the Spradlins started in Gretna for several years and knew the family well, said one of his favorite memories with Landon Spradlin was when he went on a trip to New Orleans with him and several other people. He fondly remembers Spradlin standing on the street playing music and talking to everyone he could without fear or regard for their status or position.

“He just had a demeanor about him where he could walk up and talk to you like he was your best friend,” he said.

McGrath’s wife, Kirsten John, was an atheist the first time she walked into the Spradlin’s church in Gretna. But when Spradlin prayed over her, she said she felt “something bubbling” in her stomach.

“He had to be the only person that made me feel like Jesus was actually real,” she said. “He was a rare gem.”

When Henry Mitchell — a Chatham native who just moved to Myrtle Beach, South Carolina, with his wife — was in college, he remembers Spradlin, who was barely out of elementary school at the time, playing gigs with his band at events. During the 1980s, Mitchell got involved with a ministry called Lighthouse Deliverance Center, which was a church in Chatham that also served food to needy people.

“He was extremely innovative, energetic, and extremely musically talented. He spared no energy in his service of the Lord.”

Landon Spradlin fell into most of the risk factor categories for COVID-19: asthma, age and other respiratory issues.

While encouraging everyone to practice social distancing and to isolate as much as possible, the Centers for Disease Control and other health organizations have warned the elderly and those with pre-existing health conditions and weak immune systems have the highest risk of the respiratory virus causing serious issues.

The number of positive cases of COVID-19 jumped from 290 Tuesday to 391 Wednesday, according to the Virginia Department of Health. In North Carolina, the total number is 504, with 18 of those in Cabarrus County.

The Virginia Department of Health website does not yet include Spradlin’s case.

With all of the restrictions on travel and gatherings and with Jean Spradlin being stuck in isolation for at least another week, the arrangements still are up in the air, Judah Strickland said.

Jennings frequently made Spradlin promise if Jennings were to die, Spradlin would ensure there was plenty of live music at his funeral.

“Now he goes first and I’m not able to do anything,” he said.

The moon's phases may be affecting mankind's sleep

How inhaling ozone harms your health

How inhaling ozone harms your health

Jean and Landon Spradlin pose for a photo on a mission trip in New York City in 2018.