Virus in brief: Tests exposed as imperfect, and more to know today about COVID-19

UPDATE: 19-year-old suspect in triple homicide in Keeling in custody; he was naked when apprehended
0 comments
Share this
Only $5 for 5 months
1 of 2 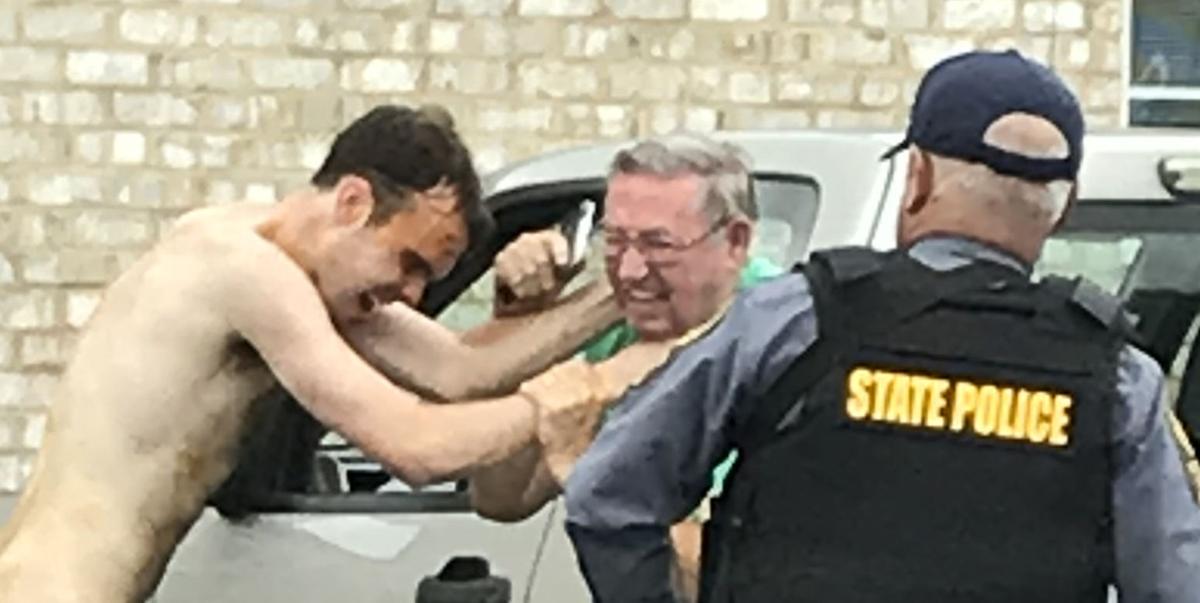 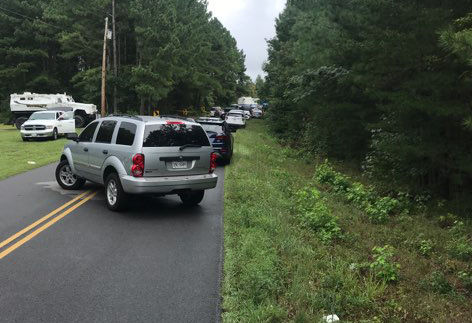 12:35 P.M. UPDATE: Police apprehended Matthew Bernard, 19, who was unarmed and completely unclothed, around 12:20 p.m. on Tuesday.

He ran through the neighborhood, unarmed and unclothed, into the parking lot of Keeling Baptist Church. A state trooper sprayed him with mace, but that didn’t seem to faze him.

He continued jogging past and put his hands on a man standing outside the church, covering him with the mace spray. The officer managed to direct him toward the rest of the blockade, where K-9 units and tactical teams apprehended him.

Screams periodically pierced the air even after authorities had apprehended him.

Taylor said someone visited a neighbor Tuesday morning only to find a body in the driveway. An additional sweep of the house found two more bodies inside the house.

There were two females and a young child, but police could not identify them.

Authorities asked residents to be on the lookout for Matthew Bernard, 19, who was last seen wearing a white T-shirt and blue jeans.

While Taylor said that the suspect is armed and dangerous, he could not say what type of firearm he had.

It also appears that suspect was related to the victims and lived at the same address.

“We don’t know what happened to set off this chain of events,” Taylor said.

All cars at the residence were accounted for, so police believe that he fled the scene on foot.

At this time the police have a command post set up, K-9 units in pursuit, and officers patrolling the area. Taylor said that they will bring in aerial support if the cloud cover decreases.

Police deployed reverse 911 calls to alert the neighborhood about the situation.

The tweet warned residents to be on the lookout for Matthew Bernard, who was last seen wearing a white T-shirt and blue jeans.

They said the suspect is armed with a rifle and considered "very dangerous."

If anyone sees Bernard, they should call 911 immediately.

Numerous police vehicles were seen in the Keeling community on Tuesday morning.

This story will be updated.

With staff returning to schools Tuesday and classes slated to begin on Aug. 20, the Pittsylvania Education Association is recommending that th…

WATCH NOW: 'Worst case scenario, that was me,' says a Dry Fork man hospitalized for 31 days with COVID-19. He was one of six who contracted the illness at a family cookout.

The family doesn’t know who contracted the virus first or brought it in, but their story serves as an example of the wide range of possible impacts COVID-19 can have on a person: no symptoms to mild symptoms that last a few days to long-lasting severe effects that lead to a near-death experience.

Green Rock Correctional Facility in Chatham has seen a more than three-fold increase in inmates and staff who have tested positive for the coronavirus since the weekend.

Not many Danville residents have taken advantage of more than $500,000 in mortgage and rental assistance available for those affected financia…

Danville added four deaths from COVID-19 this week and maintains the designation as a surge area, according to data from the Virginia Departme…

With constantly changing numbers, leaders for Pittsylvania County Schools faced with 'quite daunting' task of planning for classes

Students in Pittsylvania County Schools have two options this year: attend in-person classes some days and learn remotely on the others, or learn completely from home, either through take-home packets or virtual options.