Two ice storms in the past week delayed some small COVID-19 vaccination clinics in the Dan River Region, but the roads were dry and the sun was shining Saturday morning, which allowed the second point of dispensing event at Averett University to go off without a hitch.

Saturday’s clinic was the four-week follow-up to the first large-scale community vaccination event in late January, meaning roughly 1,300 people were able to receive their second dose of the vaccine.

To see this particular group of elderly and otherwise at-risk residents receive a second shot in the arm was a gratifying full-circle moment for Sovah Health-Danville Chief Operating Officer John Kent.

“To know we’re going to end the day with 1,300-plus people who are fully vaccinated and a week to 10 days from now are going to be optimally protected from the virus is a really rewarding thing for us today,” Kent said. “We’re excited for them.”

Although the Averett clinic went forward as planned, other smaller ones during the week will have to be rescheduled because of the poor weather and scattered power outages that struck the region in the last week.

“It couldn’t be helped. That’s the weather,” said Scott Spillmann, director of the Pittsylvania Danville Health District. “But we have clinics rescheduled, we’ll double up, we’ll try to have extra clinics to make up for it. We want vaccines in arms, no question.”

He said the supply chain all the way up to how the vaccine is distributed to the state “got backed up a week.”

That being the case, he had doubts about whether Saturday’s event would happen.

“I’m grateful that the weather cooperated sufficiently for us to do this,” he said. “It’s very important that we get the second doses in at-risk folks.”

In the weeks to come, the health district will continue coordinating the vaccine distribution events that will provide the second doses to people who received their first shot at the Danville Community Market, Cherrystone Missionary Baptist Association or Chatham Middle School in the last three weeks.

Now the process of providing second doses to this extent has begun, the health district and the hospital have to focus their attention primarily on those efforts. Distribution of first doses in the meantime will occur as supplies allow.

“We’re doing as many first doses as we can get, and we’ll continue to do our second doses as those dates come up,” Kent said. “As the volume of vaccines coming into our health district rises, we’ll try to double up. Right now we don’t have enough vaccines to double up, so we’re doing what we get in terms of first doses and we’re expending what we’ve been allocated as second doses to match that. The goal would be ultimately, at the end of the day, when vaccine supplies are large enough, that we’ll be doing both in equal amounts or roughly equal amounts.”

Kent added that holding events in the future that would provide first doses and second doses to different groups of people are possible in theory, but there are various logistical issues that might prevent them from happening — including separate waiting areas, check-in stations, paperwork needs and, most important of all, space to house the whole operation.

According to Virginia Department of Health data entering the weekend, nearly 9,000 Danville residents had received at least their first dose. That figure for Pittsylvania County was more than 7,100. Roughly 2,800 people combined across the two localities had been fully vaccinated.

As Spillmann watches those numbers continue to climb, he becomes more and more thankful that the demand for the vaccine is as high as it is.

“While the first dose gives good coverage, the second dose really bumps it up to where we would like it to be,” he said. “The more we can do that, the faster we can do that, the less likely we’re going to have the significant mutations that really don’t respect the vaccine.”

Virginia continues to see a significant drop in daily cases of the virus, dating back to the first week of January. Spillmann credits that to a number of factors, chief among them being the vaccine. And he’s hopeful that people who may be undecided about getting vaccinated recognize its effectiveness to this point. 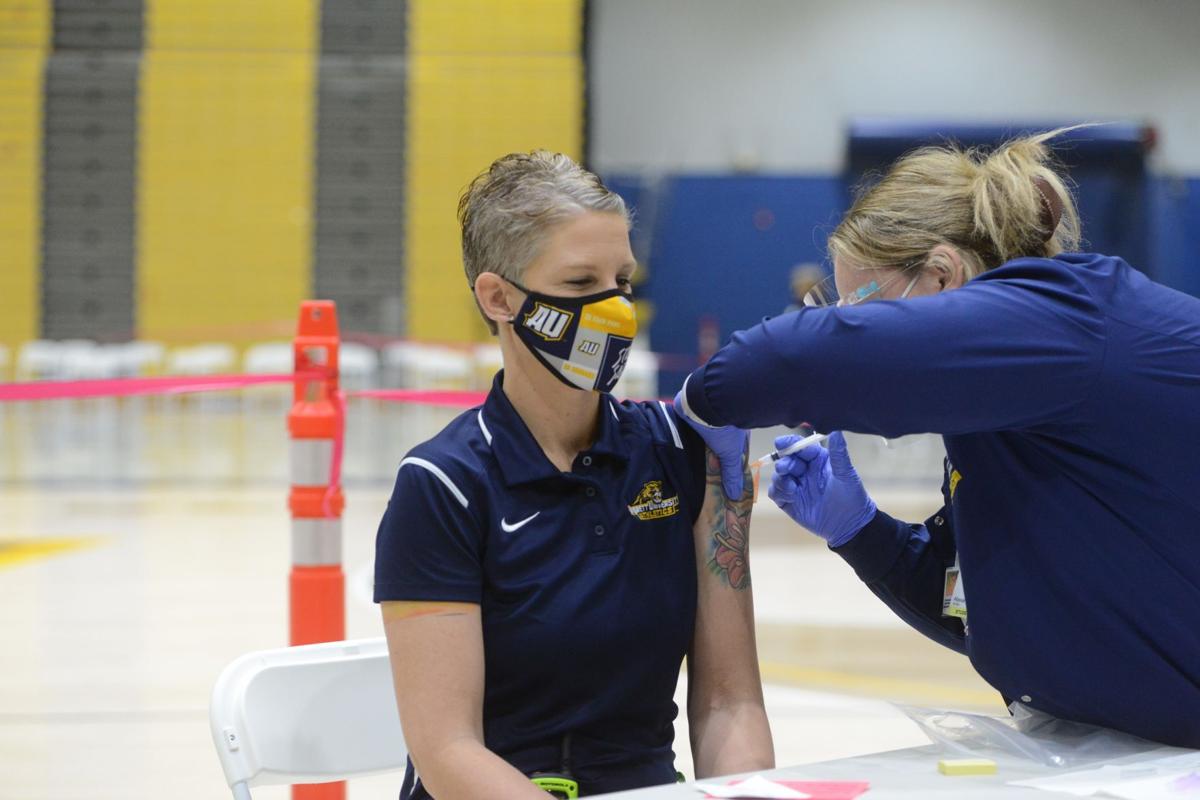 Brenda Taylor, the assistant director of athletics and director of operations at Averett University, receives her second dose of the COVID-19 vaccine on Saturday morning from Averett nursing student Alyssa McNeil. 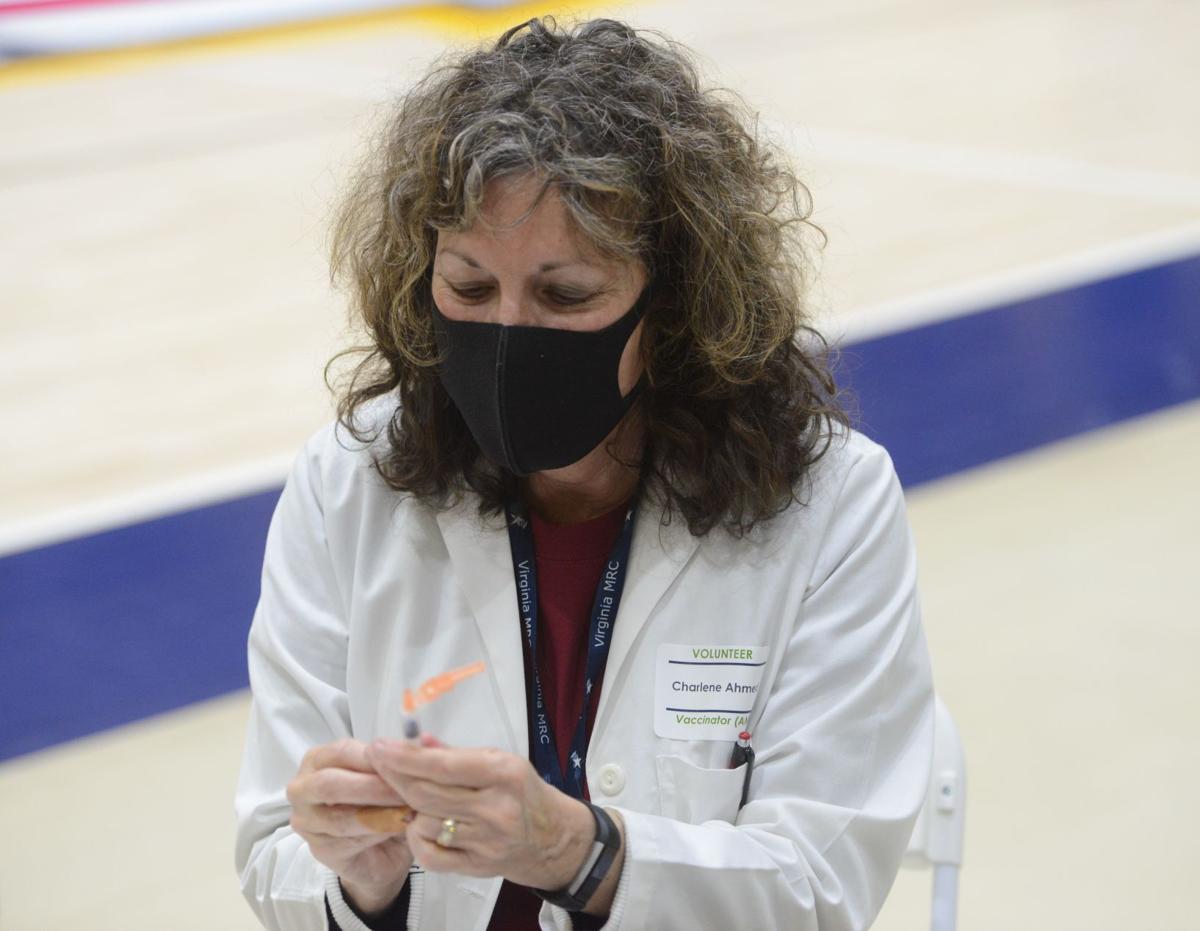 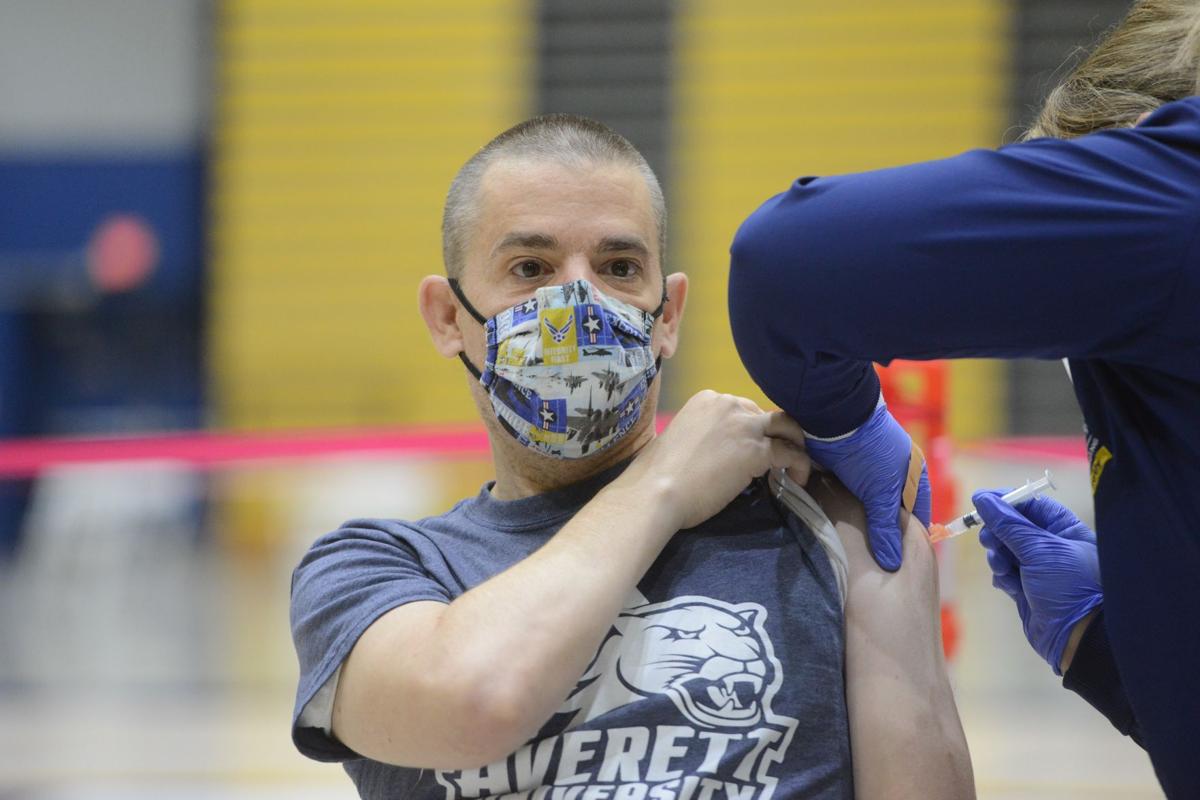 Doug Appleton, the assistant IT director at Averett University, receives his second dose of the COVID-19 vaccine on Saturday morning from Averett nursing student Alyssa McNeil. 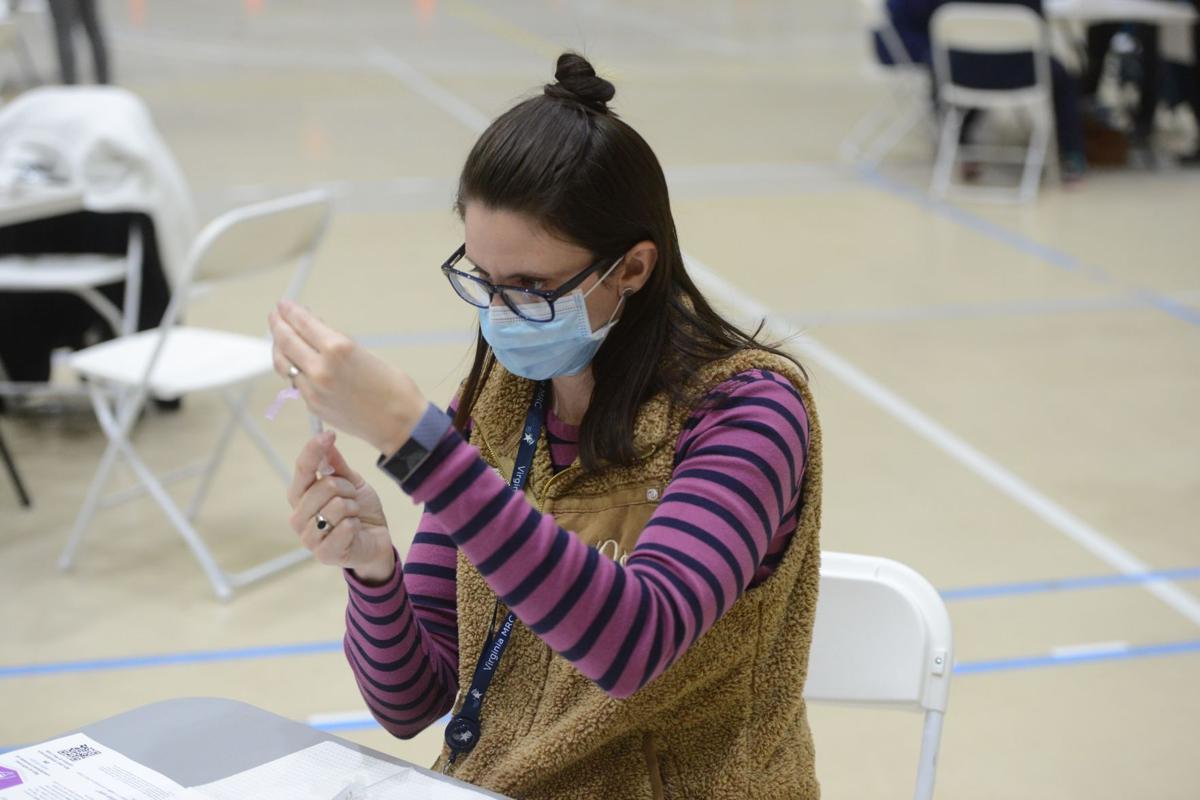 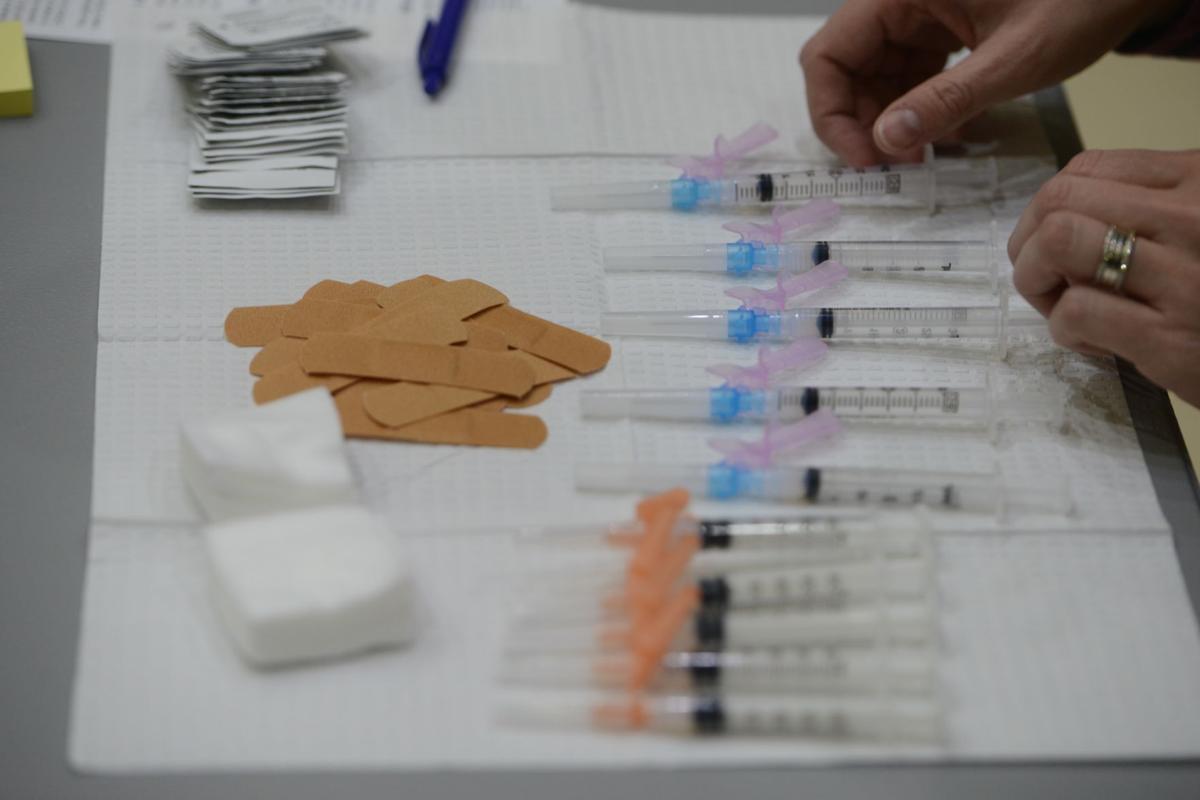 Doses of the COVID-19 vaccine are prepared on Saturday morning.