RINGGOLD — Sue and Roy Owen had walked portions of the Ringgold Rail Trail at least once a week for more than two decades.

And, knowing the trail as well as they did, had long predicted something bad would happen at a particular blind spot along the way — they just didn't realize it would involve them. When it did, they worked with state and local agencies to make sure it wouldn't happen to anyone else.

One day last September, the couple was getting ready to start one of their routes, which begins at Shawnee Road, one of the trail's three trailheads. From a gravel parking lot, the trail crosses Shawnee Road right next to a tight curve in the road where a hill with trees limited visibility for pedestrians.

Since Roy, 75, is somewhat hard of hearing, Sue, 74, would normally stand next to the road and listen for cars. That September day, she didn't hear anything when she listened, so she began to walk across. She was two steps into the road when she realized a car was coming.

She yelled at her husband to stop, but as she turned to go back to the side of the road, tripped and fell right in the path of the oncoming car.

“Laying on a road with a car coming toward you is pretty frightening,” she said.

As it turns out, the car had rounded the the curve just slow enough that the driver was able to stop within about 40 feet of Sue Owen, leaving her with just some bruises and cuts from the fall.

They transformed the incident into an opportunity by inquiring about improving the visibility of the curve. More than eight months later, that very problem has been solved, as the grade of the hill was dropped and the trees taken down in a joint project between the Virginia Department of Transportation and Pittsylvania County Parks and Recreation.

The total cost was slightly more than $15,800, a price covered the state, said Jay Craddock, the assistant resident engineer with VDOT. The land belonged to a private resident who made no objections to the project.

It almost didn't have a happy ending, though: the car that rounded the curve just a few minutes after Sue Owen fell was driving significantly faster and wouldn't have had time to stop.

“If It had been that car I would have been dead for sure," said Sue Owen.

The Ringgold Rail Trail is built along the original rail line from Richmond to Danville that was built before the Civil War and carried Jefferson Davis to Danville at the end of the war. The trail runs about 5 1/2 miles. After a few decades of Pittsylvania County “just keeping it up,” Mark Moore, county director of parks and recreation, had slowly made improvements over the last decade.

“We had been incrementally making improvements to it, more than just maintaining it," he said.

Then Tropical Storm Michael hit. Flooding damaged a bridge and washed out large sections of a 3 1/2 mile stretch of the trail, leaving less than half the trail available. Repairs are pending, but the total price tag is almost $3.5 million.

For the 2021 fiscal year, which begins Wednesday, the parks and rec department has secured a local contribution of $175,000 for improvements to the trail. Federal Emergency Management Agency and the commonwealth of Virginia are projected to provide an additional $3.3 million for repairs, but the applications for the funding are still being processed.

Once the trail is repaired, Moore said there is also opportunity in the future to connect the trail to both the Riverwalk Trail in Danville, near the airport, as well as the Heritage Trail in Halifax County, which the easternmost section of the trail borders on.

Sue and Roy Owen did not cross Shawnee Road again during the months that the project was in the works, choosing to take a different route on the trail instead. Now that the area has been cleared for maximum viability, they feel comfortable walking their favorite trail again.

“I never thought it would happen," Sue Owen said of the improvements. “I can’t believe I lived to see it.”

Former Danville Public Schools superintendent Stanley Jones will collect two paychecks for the rest of 2020 and half of 2021: one from the cit… 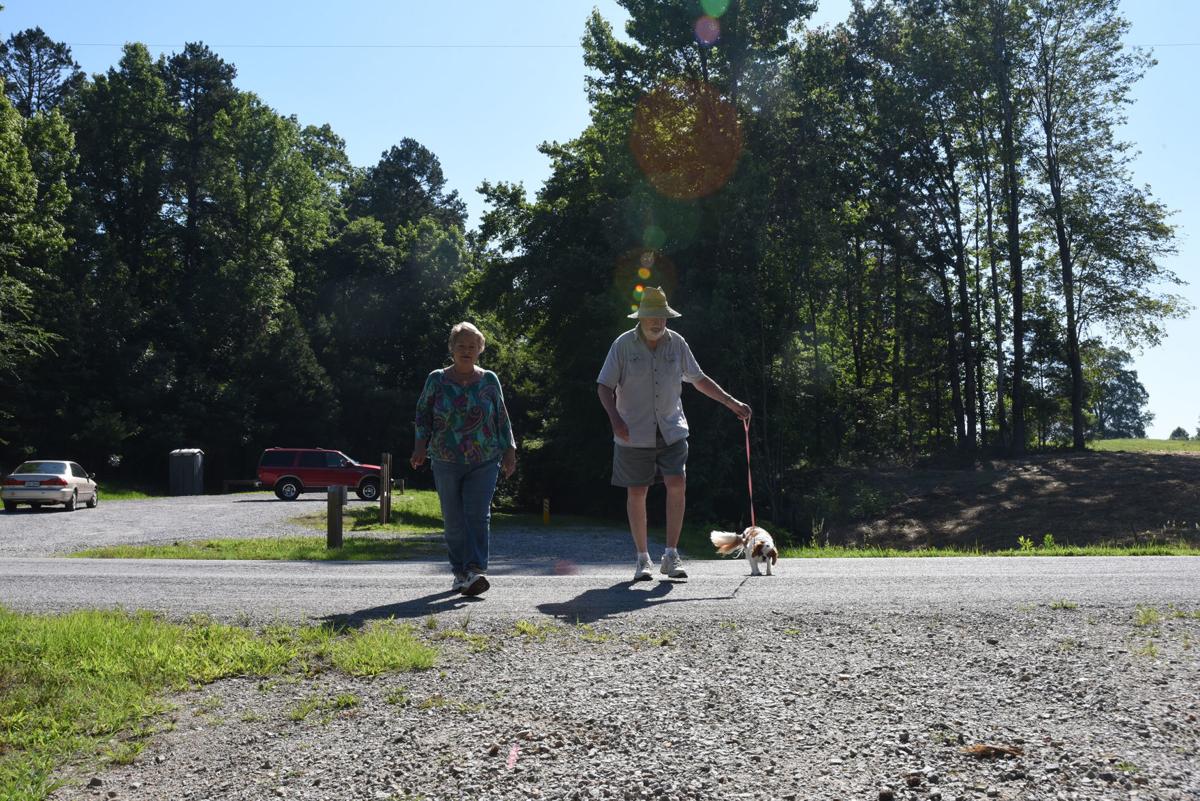 Sue and Roy Owen walk across Shawnee Road, which intersects with the Ringgold Rail Trail. In September of 2019, Sue was almost hit by a car in this very spot, which was a blind curve due to tall trees. ​ 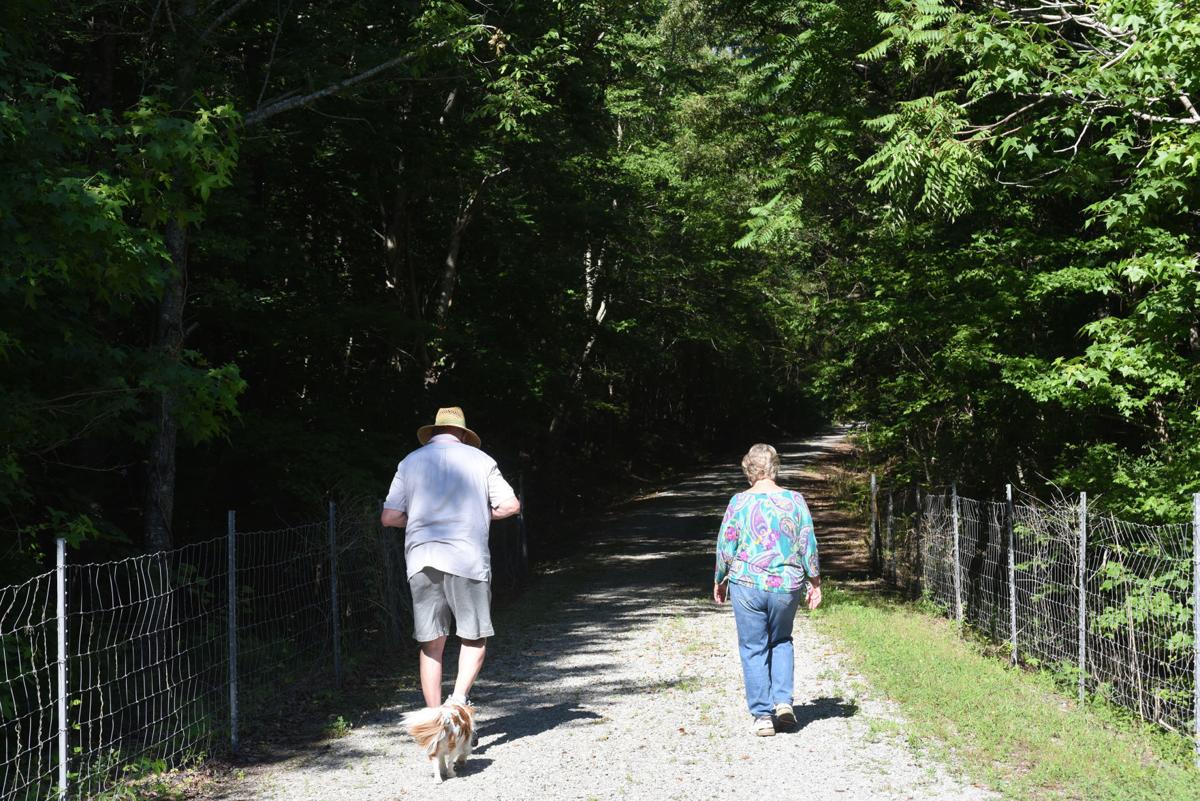 After an incident where Sue Owen was almost hit by a car crossing Shawnee Road to enter the trailhead, Pittsylvania County Parks and Recreation and the Virginia Department of Transportation recently worked together to lower the hill and knock down the trees so that the crossing would no longer be a blind curve.