Roy Walton likes to fish on the Riverwalk Trail by the White Mill Dam and behind Biscuitville on Riverside Drive.

Most who fish the Dan River have a few tips and tricks to suggest based on their experience in and around the waterway. And Walton is no exception.

“Most of the time I don’t catch anything,” he said with a chuckle on a hot, humid morning. “The bait comes off and the fish eat it, so I’m mostly feeding them.”

He uses chicken livers for bait.

When he does catch something, mostly catfish, he always throws them back.

Walton knows other fishermen who eat the fish they catch in the Dan River, but he says they have to soak them and the water winds up looking muddy like the river.

Paul Hill, who also likes to fish at the White Mill Dam, eats what he catches, but said he soaks the catfish in salt water and vinegar “to get the river taste out.” Then he fries them up and eats them with french fries.

He doesn’t walk out in the river himself, but he knows people who do when the river is down.

“I’m usually successful at catching something,” he said. “Yesterday I caught six, and I ate two and gave the rest away because I have a full freezer.

“But I keep going because I just love fishing. I’ve been fishing for years. I did it with my granddaddy. I sometimes walk the trail and just look for an open spot.”

He’s lost a lot of poles in the river, but sometimes he pulls poles out of it, so it evens out.

The Dan River is a “trophy fishery,” according to Lisa “Cricket” Perez, an avid fisherman, a term which also applies to women. The dental hygienist is also a volunteer with the Dan River Basin Association, a independent fishing guide and fly fishing instructor.

“I have caught so many different species of fish out of the Dan River along the walking trail — smallmouth bass, largemouth bass, gar, bream, walleye, striped bass, blue catfish, flathead catfish, channel catfish and even a rainbow trout in the winter,” she said.

She’s still in search of one of the huge carps she knows are out in the river, though.

Her favorite spots to fish off the Riverwalk Trail are the Dan Daniel Park former steam plant dam area, the railroad trestle, the U.S. 29 north bridge and behind Woodall Auto Mall.

“I return all the fish to the river and practice proper catch and release technique,” she said, noting she prefers fly fishing, but spin fishing is fun as well.

She cautioned fishermen to have respect for the water and the water flow of the Dan River.

“Do not wade into the river when it is high and just fish from the banks," she said. "There are many areas that are very easy access without having to get into the water."

A close place to fish

James Daniels has been fishing off the Riverwalk Trail in Danville for years, mostly from Union Street Bridge down to the creek where the bridge was recently replaced.

“I’ll fish several times a week and then skip a month or two,” he said. “I catch stripers in the spring and smallmouth bass when it’s cooler, then catfish all the time.”

He likes the Riverwalk because it’s a close place to fish and when the river is low, it’s easy to get out on it. He mostly fishes alone and has walked all the way across the river to the White Mill building, noting he always wears a life vest.

“I fished the river before the Riverwalk Trail was there,” he said. “It was back when Woodall Chevrolet was Tamson Chevrolet and my granddaddy worked there. It was all dirt road then, but there were gaps in the trees where you could fish.”

He estimated he’s been fishing on the Dan River for at least 45 years.

Although he likes to eat fish, he doesn’t prepare his own and throws everything he catches back.

He has a tip for people wondering if the river is in good shape to get out in and fish. He watches the waterfowl, especially the herons.

More than mud and catfish

Brian Williams, Virginia program manager for the DRBA, said the Dan River is more than just a muddy river with catfish in it.

He explained that catfish caught in the Dan River sometimes have a muddy taste to them because they are bottom feeders, but gamefish feed on other fish and not the bottom.

“The river is muddy due mostly to erosion. The bottom material is primarily a mix of sand and rock,” he explained. “The clay and topsoil are washed into the streams off of fields and the river banks that are not protected from erosion."

He said the Dan River can actually be clear after long periods of no rain, and there are many rocky-bottom areas with no clay deposits or sand.

“Fisherman primarily target catfish because they are a good fish to catch from the bank, but there are other species if you are willing to get out there in the river. The trick is catching the river conditions right. If it’s low, you can wade out and see the bottom,” he said. “Catfish like to bite when the river is muddy after it floods, and there are more stripers in the spring.

“But when the river’s high, it’s dangerous.”

Although the dams along the river inhibit the natural migration of fish species, fish that are caught below the first dam, such as striped bass, may have traveled from miles downstream, he said.

“But fish caught above the dams are permanent residents of that section or have been carried downstream. It’s much easier for a fish to move downstream over a dam than to get upstream over it, which is often impossible depending on the size of the dam,” he said.

As someone who worked on the Duke Energy coal ash spill into the Dan River in 2014, Williams said the river and fish are currently safe.

“But the river won’t ever fully recover because the source of the pollution, the coal ash, has not been removed. It’s not an acute but a chronic problem, and the jury is still out. Long-term studies are needed,” he said. “This is a chronic long-term issue and should be monitored for bio-accumulation in species.

“However, Virginia Department of Environmental Quality and The Health Department claim the fish are OK to eat; however, they do have a health advisory for the amount of catfish consumed per year.”

Catfish feed along the bottom of the river where the sediment has retained the coal ash, he explained.

Williams thinks the Riverwalk Trail has been a benefit for the Dan River in getting more and more people concerned about it.

“When people get down to the river and interact with it, they care about it and are more in touch with it. They become good stewards,” he said.

Williams said he has fished off the Riverwalk Trail, which can be both a great experience and a frustrating one when he encounters trash left by others.

“We want folks to understand the importance of the riparian buffers, the trees and growth along the river, in protecting our water resource and helping to filter out pollutants before they get to the river,” he said. “We encourage people to get out and enjoy the river whether fishing or paddling but to practice ‘leave no trace’ and try to leave the area better than when you found it.”

The Harley Davidson collided with a Ford Edge on Saturday.

About a month into the school year, the enrollment figures at Pittsylvania County Schools continue to be a looming concern.

Some students in Pittsylvania County return to classrooms Monday, and it's much like decisions that have gone on elsewhere around the region.

One student at Westover Christian Academy has tested positive for COVID-19 this week, the school confirmed Tuesday evening.

Danville officials got a glimpse Thursday of what a new police station could look like at the former Dan River Inc. executive building off Mem…

One person was injured when a vehicle crashed into a Danville laundromat on Tuesday evening, the Danville Fire Department reports.

Two and a half months after a Facebook post led to the resignation of the president of the Danville Historical Society, the group is moving ahead.

Danville City Council candidate Petrina Carter said she wants to be a part of the action in city government.

The city has formed a subcommittee to address concerns about Confederate monuments and buildings named after Confederate figures.

With pandemic stretching on, wheels of justice slowly turn with backlog in Pittsylvania County, Danville

Courtroom proceedings largely have been on hold since March. 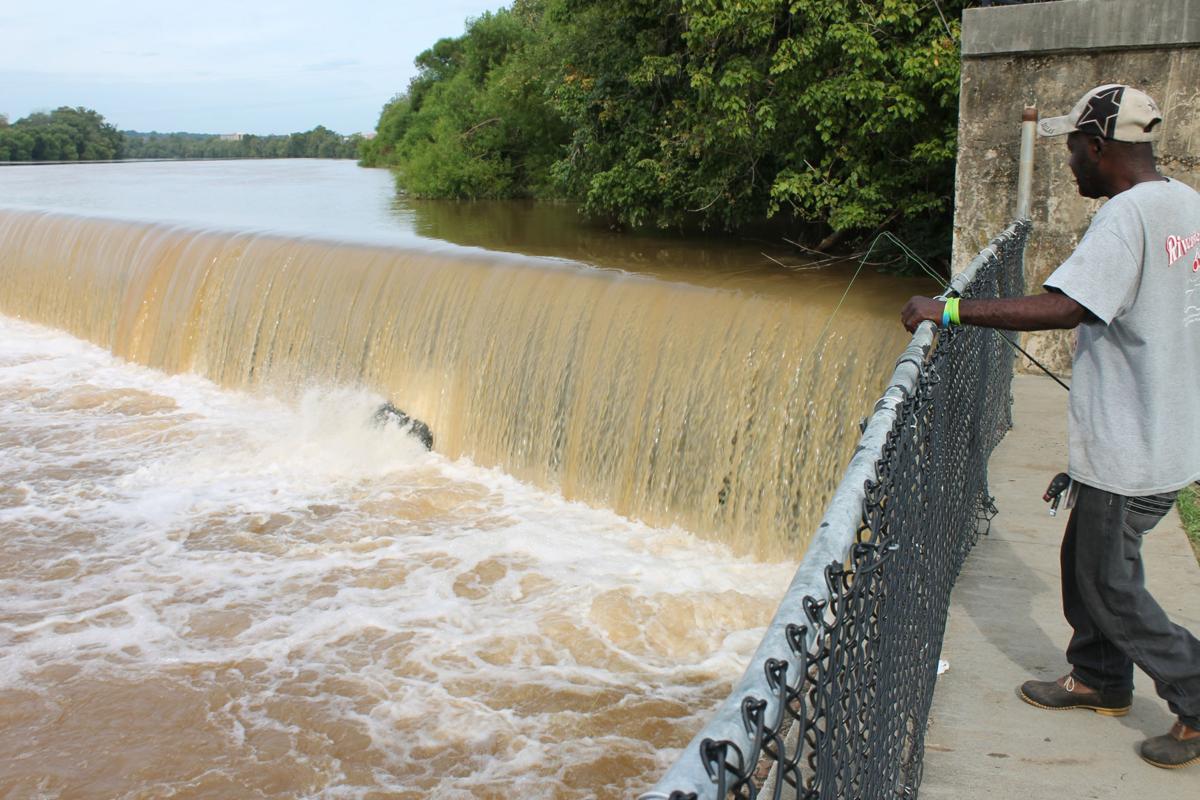 Paul Hill fishes at the dam behind Woodall Auto Mall. He eats what he catches — mostly catfish — and has a freezerful of fish 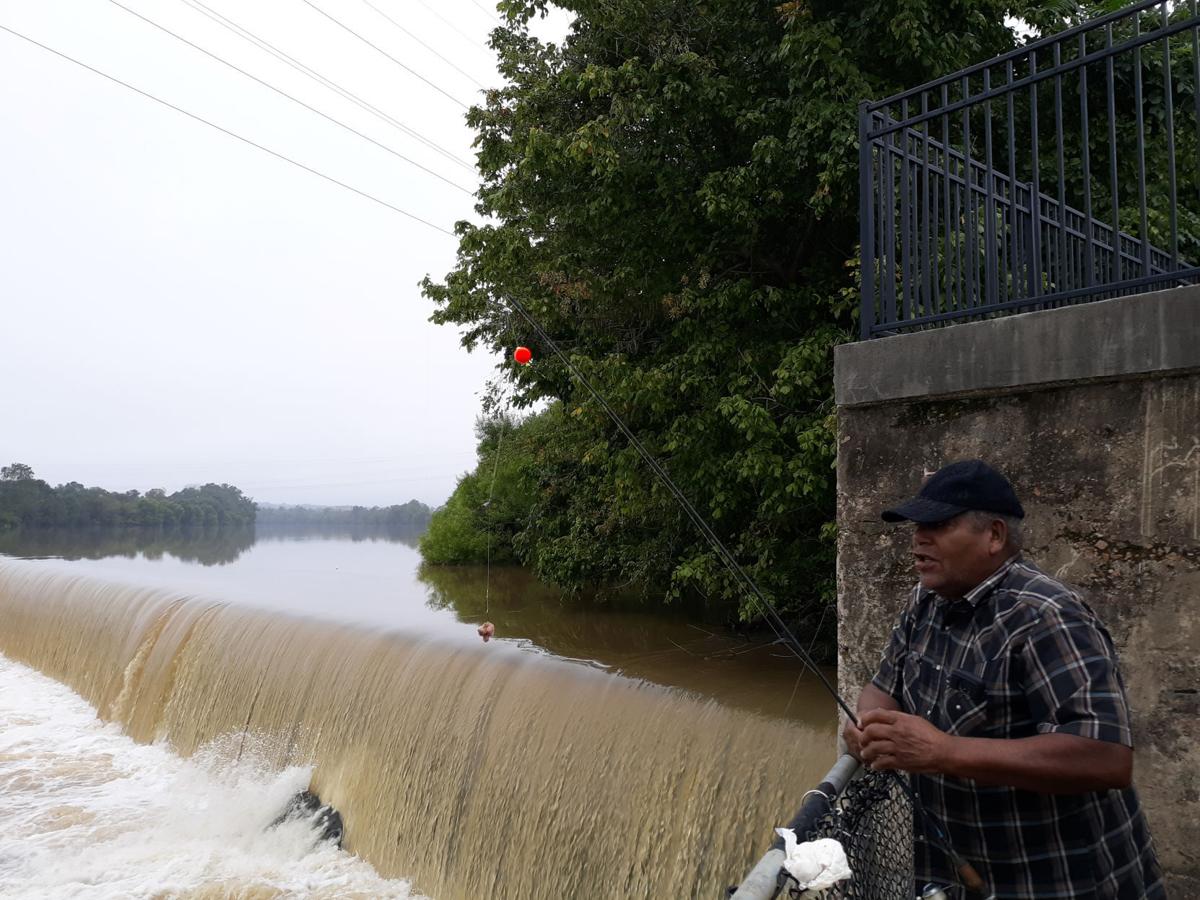 Roy Walton likes to fish at the dam behind Woodall Auto Mall. He said he mostly feeds the fish, though, instead of catching any, but he just loves to fish. 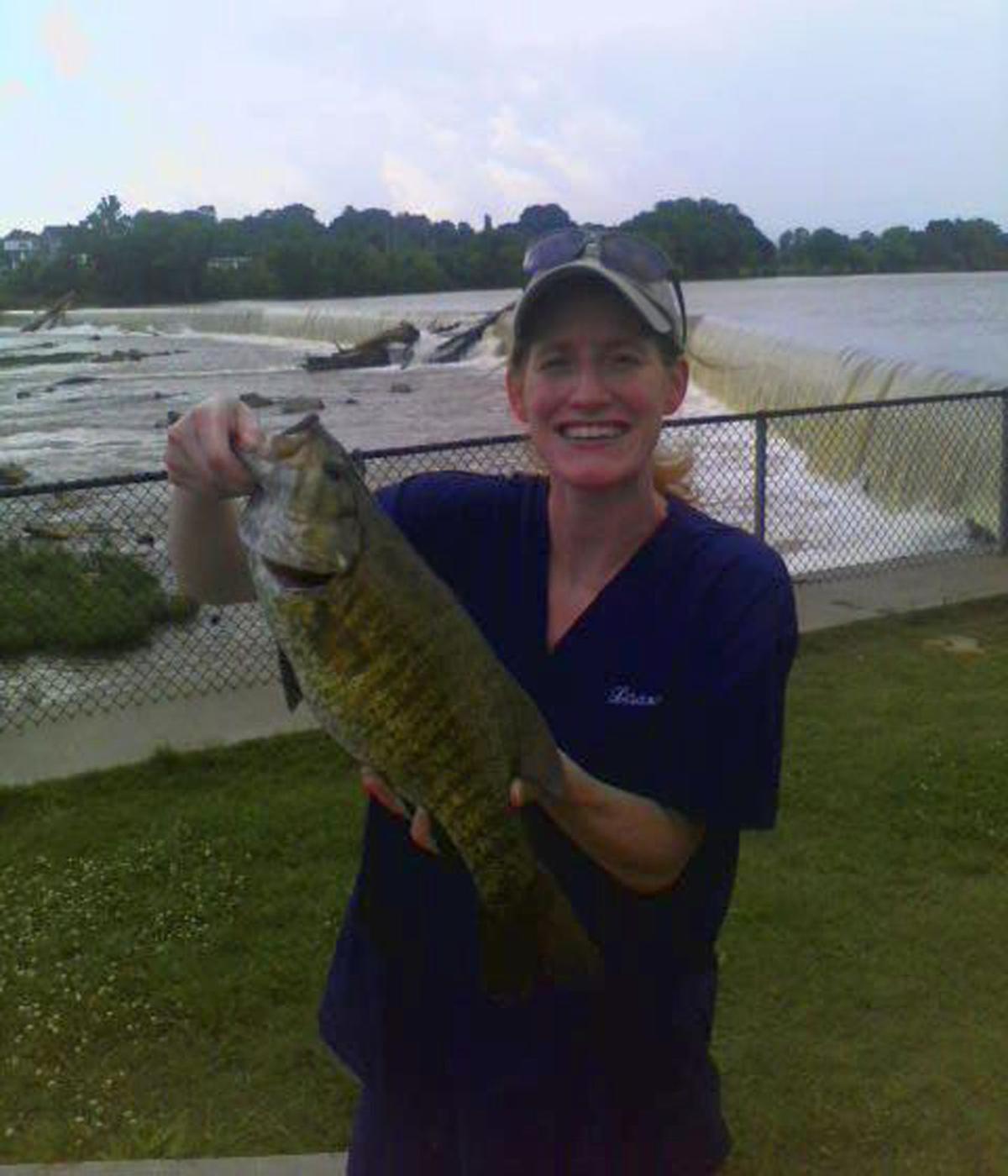 Lisa "Cricket" Perez shared a picture from several years ago when she caught a large smallmouth bass while fishing below the dam behind Woodall Auto Mall. She worked at a dental office on West Main Street and would fish on her lunch hour and after work. The fish was quickly released after the photo was taken.