Dominion CEO says company failed to vet secretive anti-Youngkin PAC it donated to, asks for $200,000 back

Quiz: Test your knowledge of nukes and the atomic age
0 Comments
Share this
{{featured_button_text}}

Aug. 1 marks the 75th anniversary of the signing of the Atomic Energy Act of 1946, which was the first law addressing the development and control of nuclear power in the United States.

The quiz below, from the Ashbrook Center at Ashland University, Ashland, Ohio, provides an opportunity for you to test your knowledge of the Atomic Energy Act, the history of nuclear power and weapons in the United States and the advent of the atomic age.

1) Which explosion of an atomic weapon ushered in what was referred to as “the atomic age”?

A. The Trinity explosion

B. The Hiroshima explosion

2) What federal government organization was established by the Atomic Energy Act of 1946?

A. The Strategic Air Command

B. Department of Energy

3) The Atomic Energy Act of 1946 was updated to allow for the development of commercial nuclear power in what year?

4) Which of the following famous American scientists was involved in nuclear physics?

D. All of the above

5) Which of the following historic events brought the United States and Soviet Union to the brink of nuclear war?

6) In an effort to stem the spread of nuclear weapons, 62 countries, including the US, signed the Nuclear Nonproliferation Treaty in what year?

7) The largest nuclear accident in the United States took place in 1979 at what nuclear plant?

8) Which of the following countries does not possess nuclear weapons?

9) Which U.S. president studied nuclear physics and was a trained nuclear engineer?

10) As of 2021, how many commercially operating nuclear power plants are operating and in how many states?

ABOUT THE WRITER: David Hadley is a member of the Ashbrook Center faculty. He wrote this for InsideSources.com.

Rains and the emptying of a dam cause flooding in Thailand

Rains and the emptying of a dam cause flooding in Thailand

Colin Powell, former general and secretary of state, dead at 84

Colin Powell, former general and secretary of state, dead at 84

Millions of retirees on Social Security will get a 5.9% boost in benefits for 2022, the biggest cost-of-living adjustment in 39 years.

Advice shifting on aspirin use for preventing heart attacks

Police: Woman raped on Pennsylvania train as bystanders did nothing

A woman was raped by a stranger on a Philadelphia area train in the presence of other riders who a police official said "should have done something."

U.S. health advisers said Thursday that some Americans who received Moderna's COVID-19 vaccine should get a half-dose booster to bolster protection against the virus.

Next on FDA's agenda: Booster shots of Moderna, J&J vaccines

Millions of Americans who received the Moderna or Johnson and Johnson vaccine wait anxiously to learn when it's their turn for a booster. Here's what to know.

It wasn't clear if the determination might lead to additional charges against Brian Laundrie, who is considered a person of interest in her disappearance and remains unaccounted for.

New York real estate heir Robert Durst was sentenced Thursday to life in prison without chance of parole for the murder of his best friend more that two decades ago.

""They set out to do it, and they did it," the superintendent said. "It has no place in high school athletics." 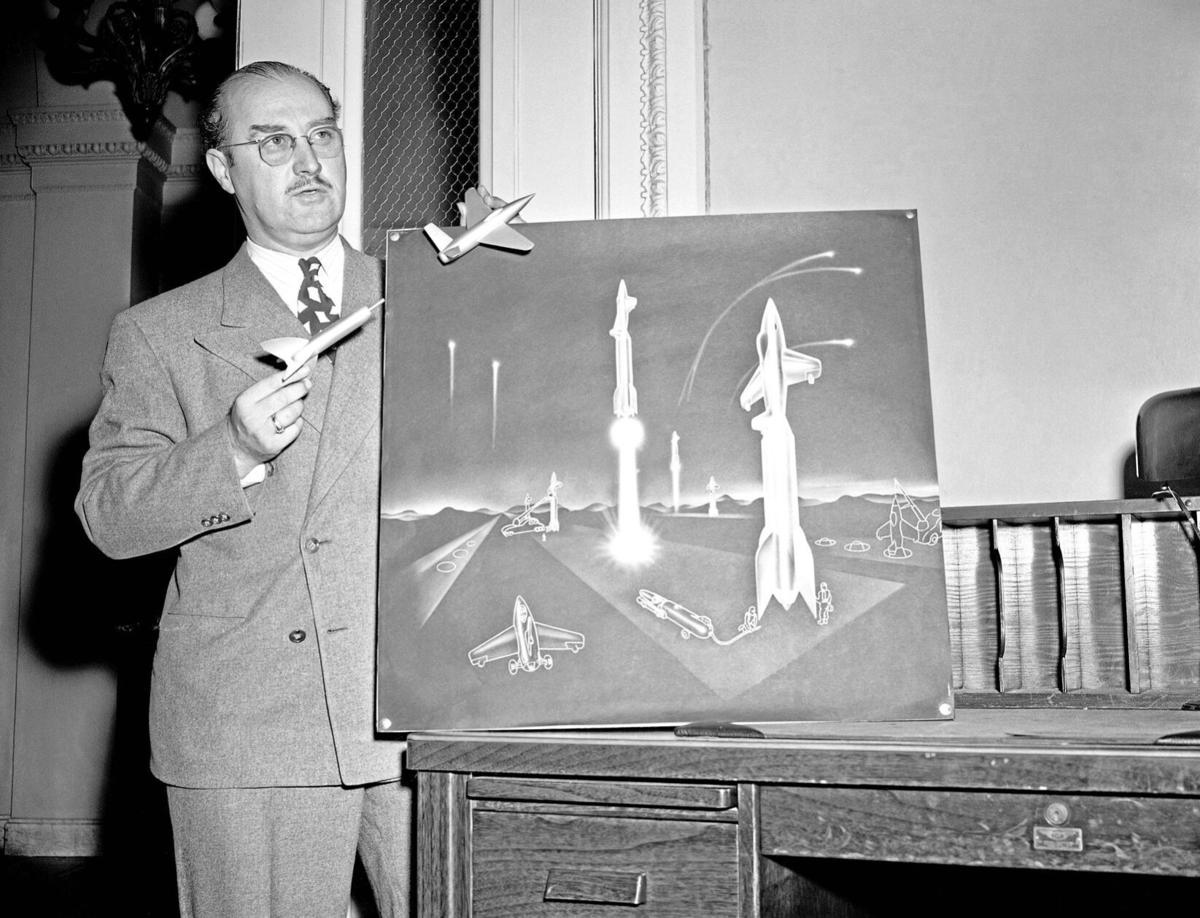 Rep. Chet Holifield, D-Calif., exhibits models and an Army chart on Oct. 22, 1945, in Washington of what he describes as a possible adaptation of the atomic principle: a rocket-propelled missile with atomic bomb head. 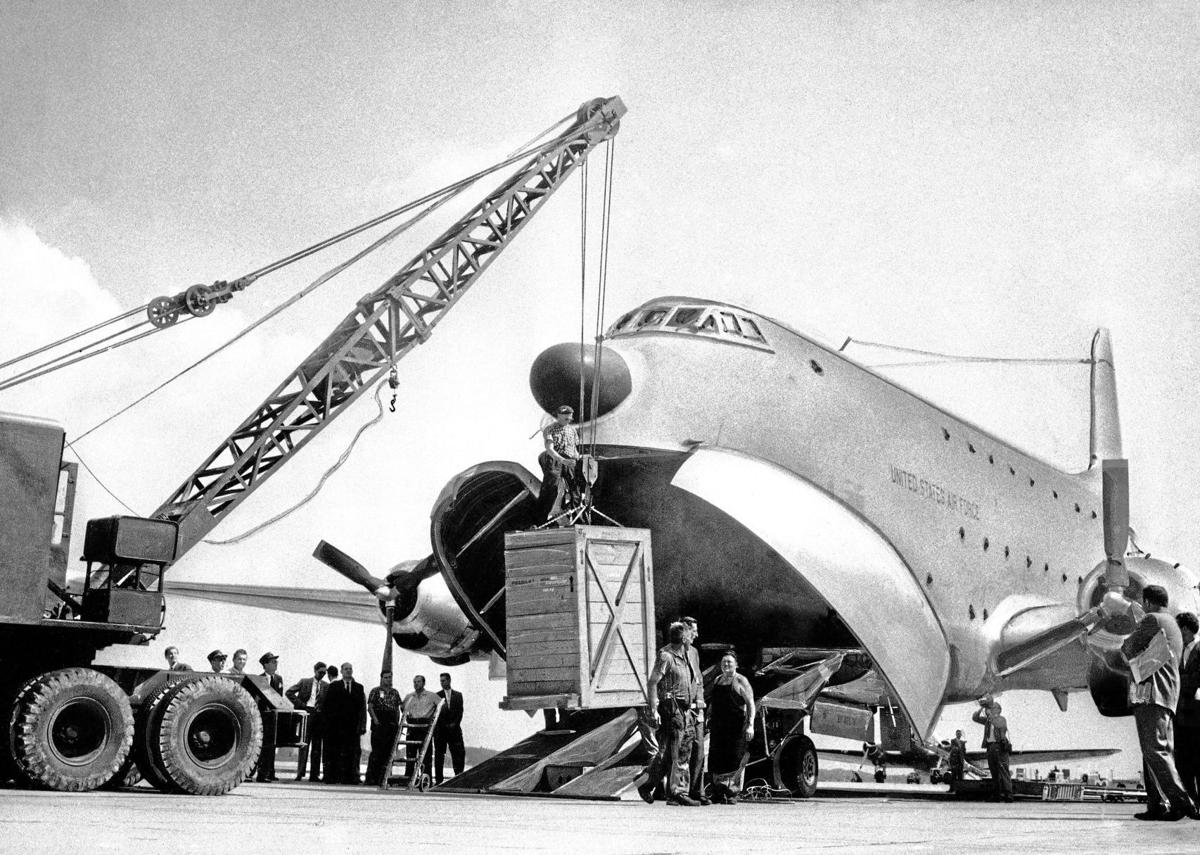 Parts for the first atomic reactor to reach Switzerland arrived in Geneva on July 2, 1944, from Knoxville, Tenn. The cargo, weighing 15 tons and packed in 100 crates, was transported in two aircraft of the U.S. Air Force: a C-124 Globe Master and a C-54.