BLACKSBURG — Batten down the hatches and shut the doors, it’s fall and the brown marmorated stink bugs are coming.

The BMSB, as it is often called, is an invasive species that arrived in Pennsylvania in the 1990s, probably via Asian imports, and has been a pest ever since.

While the stink bug is technically harmless to people aside from the unpleasant stench and annoying buzzing, it seems to always find a way to sneak into our homes, closets, and cupboards. Ben Chambers, Virginia Tech associate professor of engineering education, has spent six years studying the BMSB’s abilities and inclinations to determine how they accomplish this stealth and how they can be thwarted.

“The way people talk, you’d think stink bugs could get into just about anything,” Chambers said. “But we now know that you won’t see many getting through a rigid 3-by-7 millimeter opening.”

Stack three pennies on top of each other and their height is 3mm. Seven millimeters is the width of a standard pencil. That’s a tiny opening. But Chambers says you don’t want gaps that size in an energy-efficient house.

“Weatherizing your house is the best thing to do,” Chambers said. “The bugs usually get in through cracks around windows and doors. Seal the cracks and the gaps.”

He also found that the bugs were attracted to light sources and would move toward light bulbs in the spring and summer, but not so much in the fall and winter. They also responded more in the afternoons than at night. So a trapping system using light would work better in the day time.

As Chambers worked simultaneously on two degrees, an master’s in entomology and a doctorate in environmental design and planning in Virginia Tech’s BioBuild program, Chambers examined how the BMSBs respond to corpses of fellow stink bugs in their habitat. In short, Chambers found they avoided freshly killed stink bugs, but tended to aggregate around accumulations of dried-out, long-dead stink bugs.

That was a surprise, Chambers said. “I’d have thought the dead bugs would indicate the refuge was not safe. But it seems the live bugs like to huddle against something, even corpses, as they enter go into diapause, a hibernation-like state.”

The idea that if you crush a stink bug more will show up is a myth, Chambers said. “It’s just the opposite. The bug being crushed releases the alarm pheromone. The other stink bugs scatter, especially if they were in the vicinity when the crushing took place.”

The live stink bugs do produce a pheromone that draws bugs together, said Virginia Tech entomology professor and stink bug expert, Tom Kuhar. “It’s most noticeable in the fall when large aggregations of the bugs occur on tree trunks and sides of buildings.”

The Virginia Tech BioBuild program in which Chambers started his explorations is home to doctoral researchers studying at the intersection of biological systems and human-built structures. Chambers decided on the entomological element of his studies rather serendipitously.

“I knew I wanted to study how building structures and characteristics influenced animal behavior, and vice versa,” he said. “But nothing clicked. Then I pulled a stink bug out of my hair. My house was full of them.”

Chambers has more research on the stink bugs’ interactions with buildings in the works, including examining the bugs’ ability to crawl at various angles on treated glass. He’s working with several undergraduate students on engineering design projects that involve stink bug studies. So Chambers pulled out his stink bug catcher he created out of a 2-liter drink bottle and amassed several cages of brown marmorated stink bugs to run through experiments. He keeps them in his study when they aren’t working.

“They’re adorable,” he says, “now that I’ve been looking at them up close for six years.”

The BMSB are major agricultural pests, sucking the plant juices out of fruiting crops as well as tree nuts, entomologist Kuhar says. Farmers around the Mid-Atlantic have seen millions of dollars in damage to their crops in the 15 or so years since the non-native stink bug invaded the region. In Virginia, the crops most heavily damaged are apples, peaches, tomatoes, sweet corn, peppers, and beans. The stink bugs are pests in every season.

Tips for avoiding the home invasion

Brown marmorated stink bugs are looking for a protected place to hibernate over winter. They will leave your house again in the spring – if they can find their way back out – to lay their eggs outside and look for plants to eat.

According to the EPA, there are a few steps you can take to protect your home:

• Caulk windows inside and out.

• Weather strip doors to the outside and install door sweeps if daylight is visible around the perimeter of the door.

• When insulating exposed plumbing pipes around the foundation or the crawlspace of your home, caulk small gaps and fill larger ones with steel wool.

• Look for gaps around window air conditioners or holes in window screens and block them off.

One Henry County inmate is dead, one is charged with involuntary manslaughter and a third has been charged with the willful delivery of a controlled substance to a prisoner.

Youngkin pushes rollback of gas tax hike; would anyone notice at the pump?

When Virginia's gasoline tax rose by 5 cents a gallon on July 1, the average price for unleaded fuel across the state was $2.93 a gallon - the same as it was the day before the tax increased.

Technician dies while working on escalator at Virginia mall

Virginians with no symptoms should avoid using up the state's strained supply of COVID-19 tests, Gov. Glenn Youngkin said Thursday, as the state works to refocus its supply of tests to hospitals, nursing homes and schools.

RICHMOND — Two Richmond residents living near the site where a statue of Confederate Gen. Robert E. Lee stood for more than a century have asked the U.S. Supreme Court to overturn a ruling by the Supreme Court of Virginia that let state officials remove the towering monument.

A bill filed in the Virginia House of Delegates this week would ban abortions after 20 weeks of gestation except in cases where the pregnant woman is at risk of death or "substantial and irreversible" damage to her health.

A photo of her sitting behind Youngkin on Monday, shooting burning eyes at the new governor, has already been turned into a meme.

The Virginia legislature's only medical doctor supported a bill on Thursday aimed at encouraging health care providers to be allowed to prescribe drugs to treat COVID-19 that have not been approved by the U.S. Food and Drug Administration for that purpose.

WH 'refining plans for all scenarios' in Ukraine

WH 'refining plans for all scenarios' in Ukraine

WH on SCOTUS and race in college admissions case

WH on SCOTUS and race in college admissions case 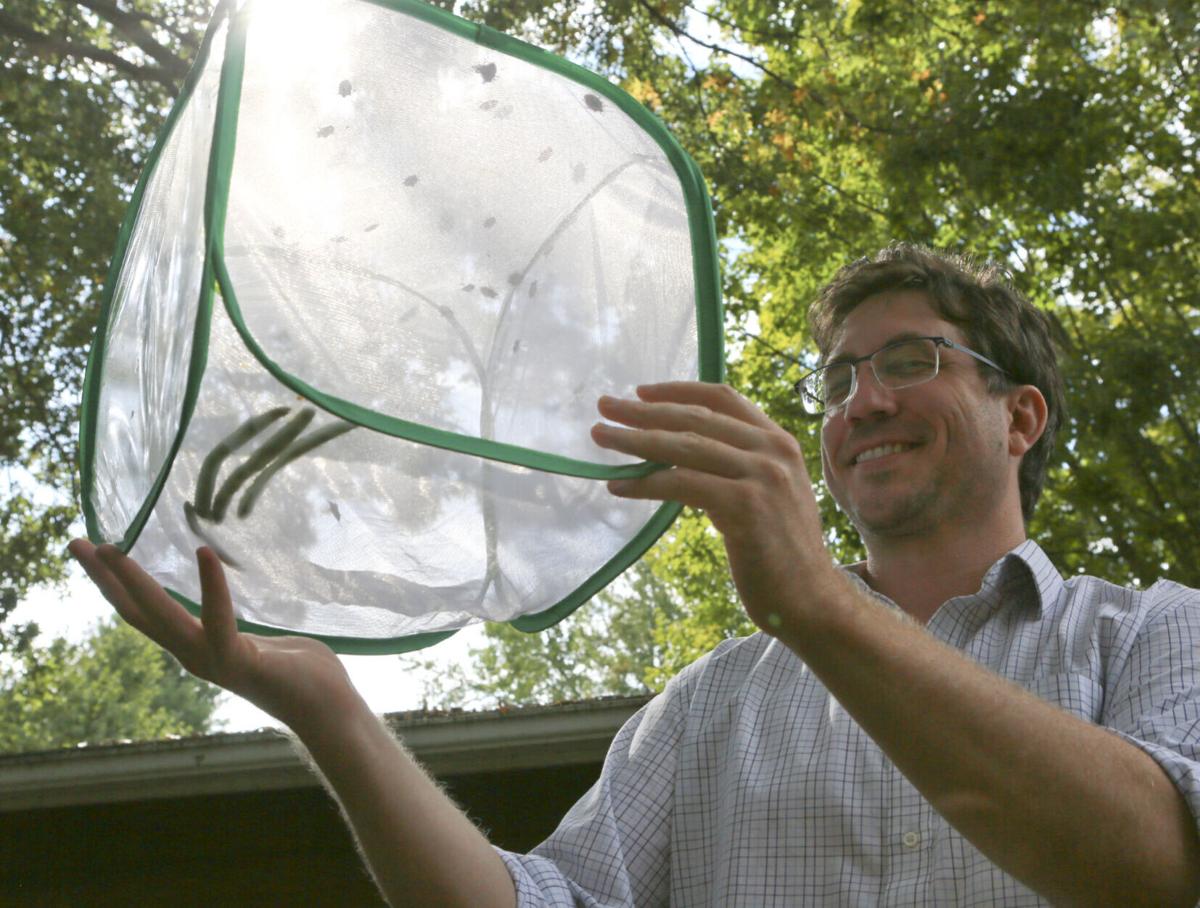 Ben Chambers holds a cloth chamber containing more than a dozen stink bugs. He also placed three green beans in the chamber for the bugs to suck on while in captivity. “They’re adorable,” he says, “now that I’ve been looking at them up close for six years.” 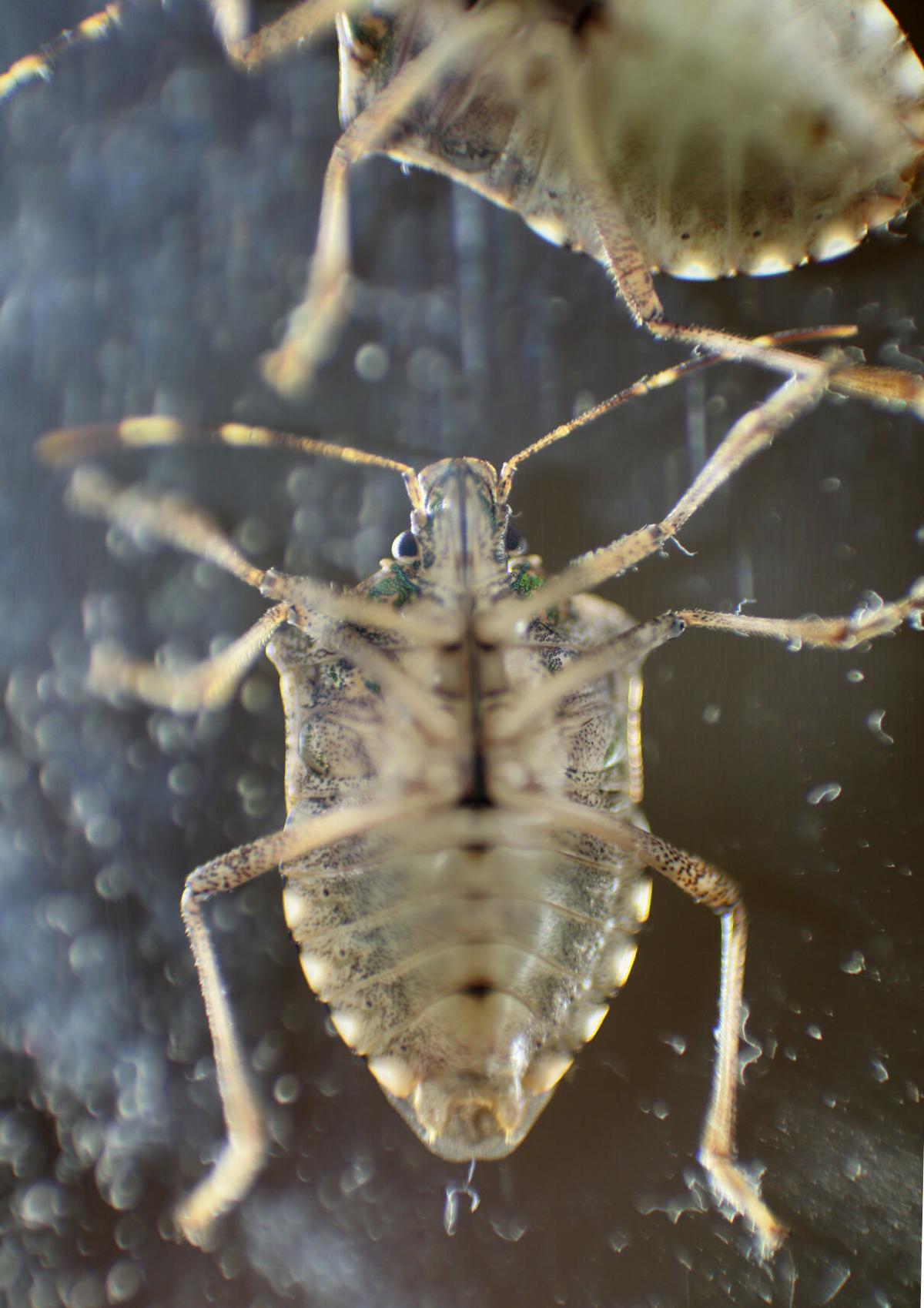 Ben Chambers is examining the bugs’ ability to crawl at various angles on treated glass. 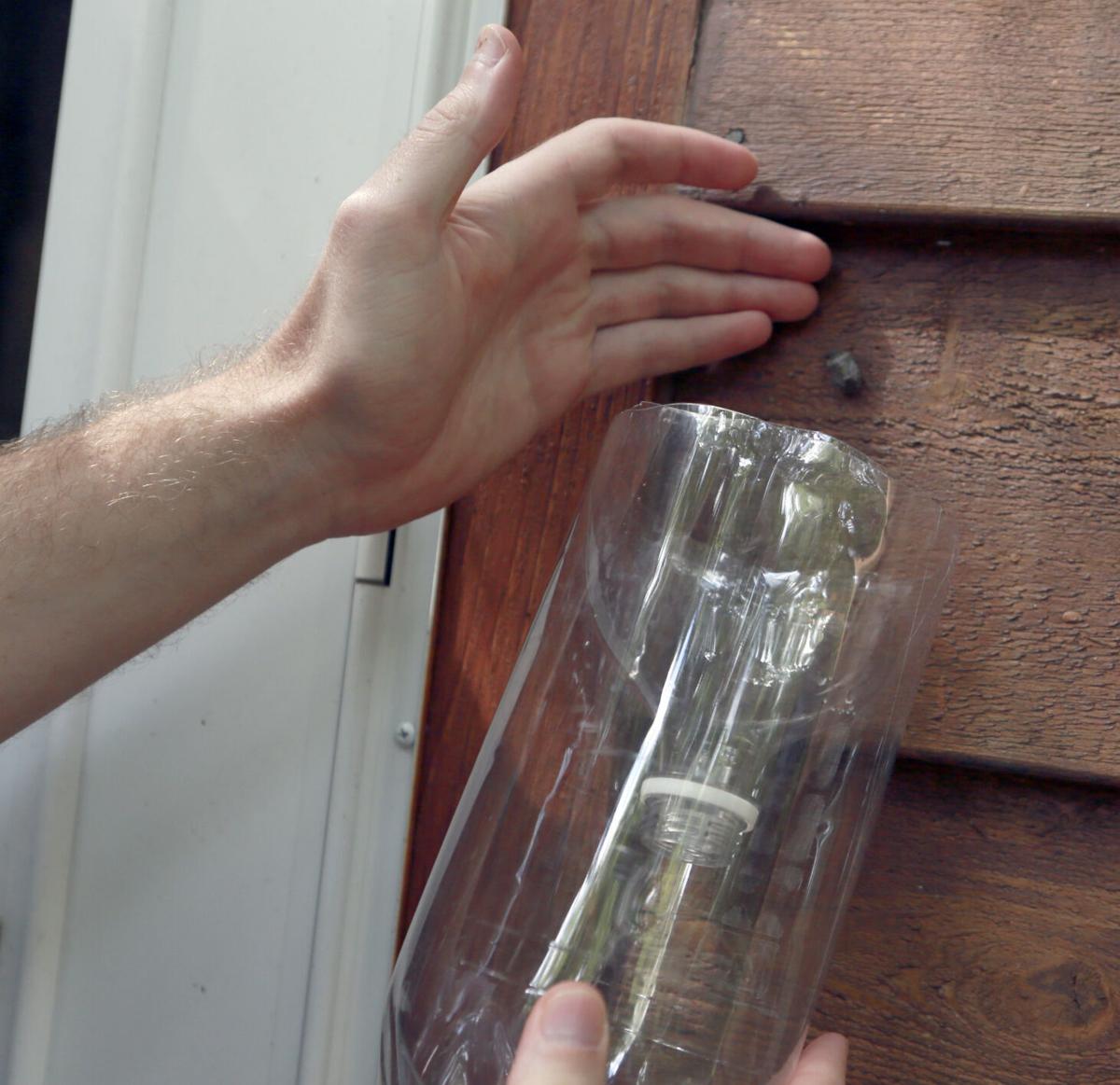 Ben Chambers demonstrates the use of a homemade stink bug trap made from a converted soda bottle. 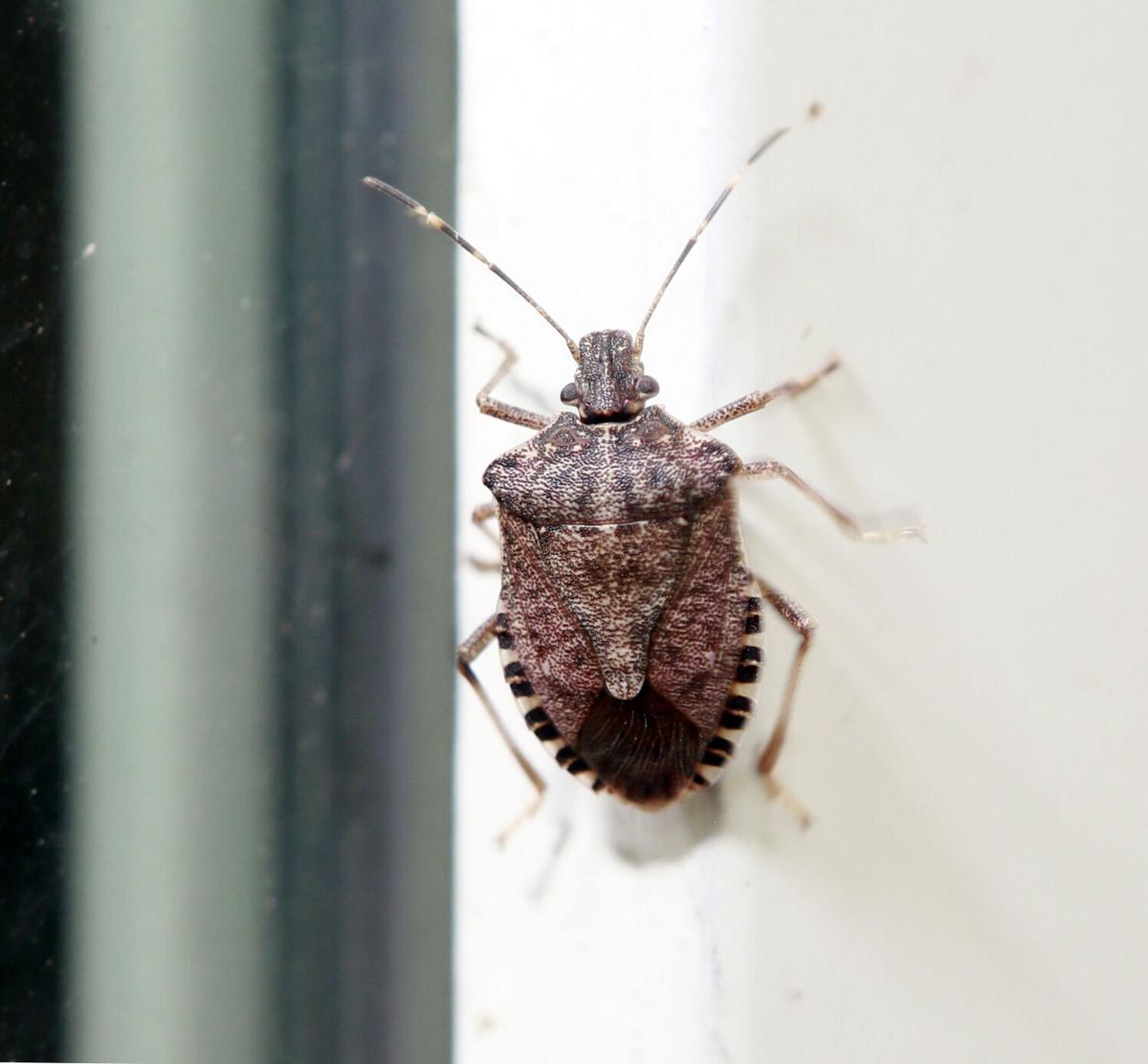 A brown marmorated stink bug crawls on a sliding door frame of Ben Chambers home. “Weatherizing your house is the best thing to do,” he said. “The bugs usually get in through cracks around windows and doors. Seal the cracks and the gaps.” 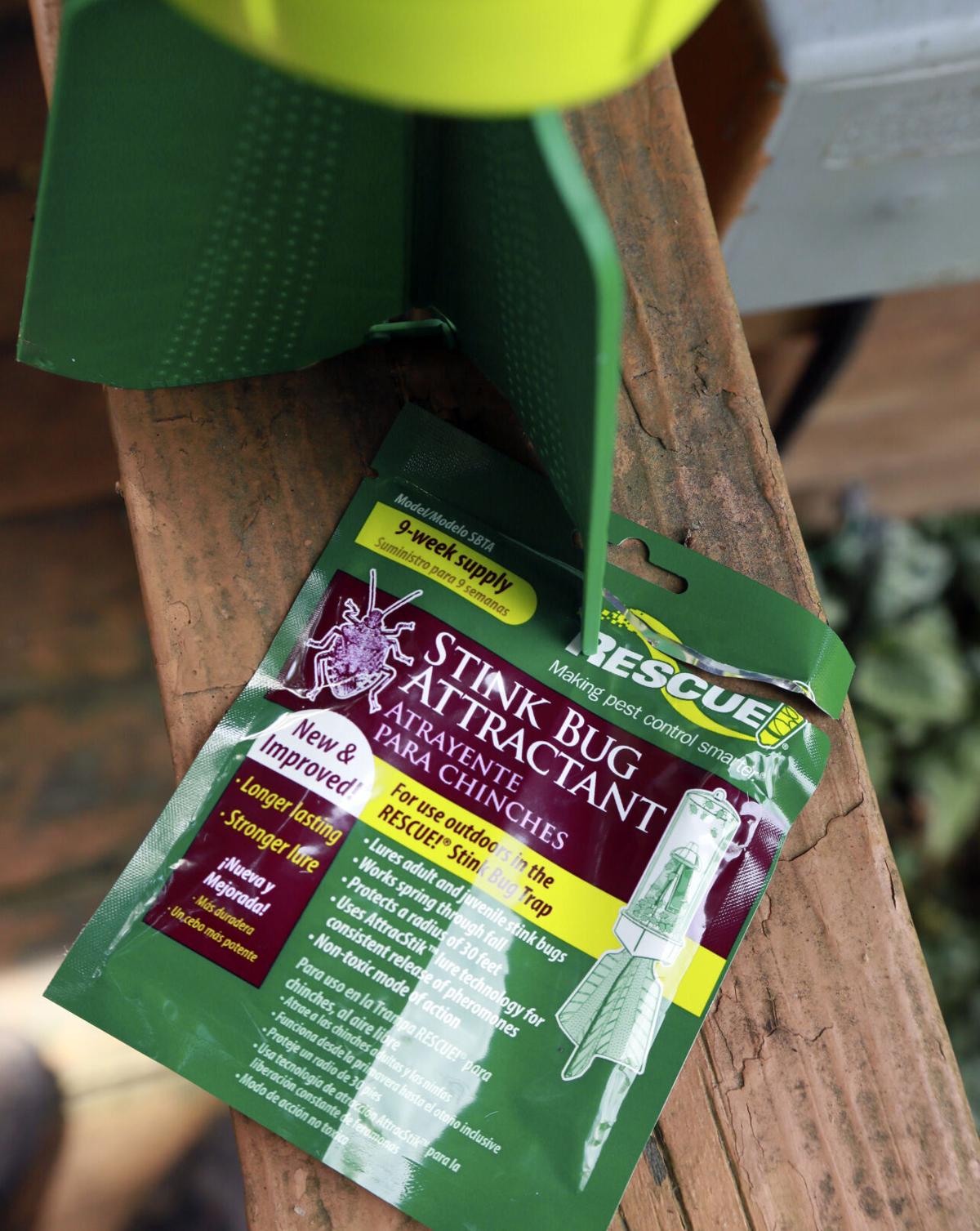 There are commercial stink bug products on the market.