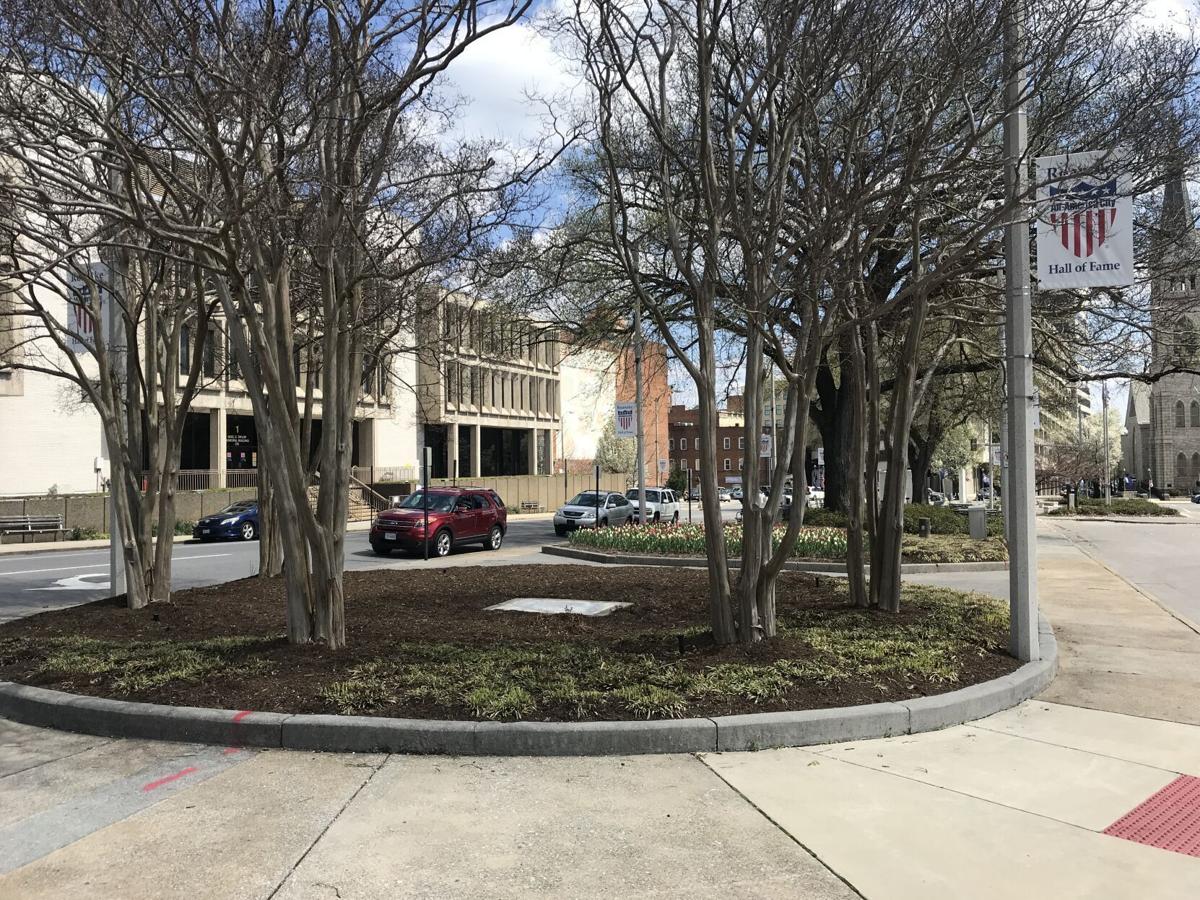 The western end of Lee Plaza was where the monument to Confederate Gen. Robert E. Lee was located until being toppled last year in an act of vandalism, just before the city planned to remove it legally. All that’s left is the concrete slab the monument stood upon. 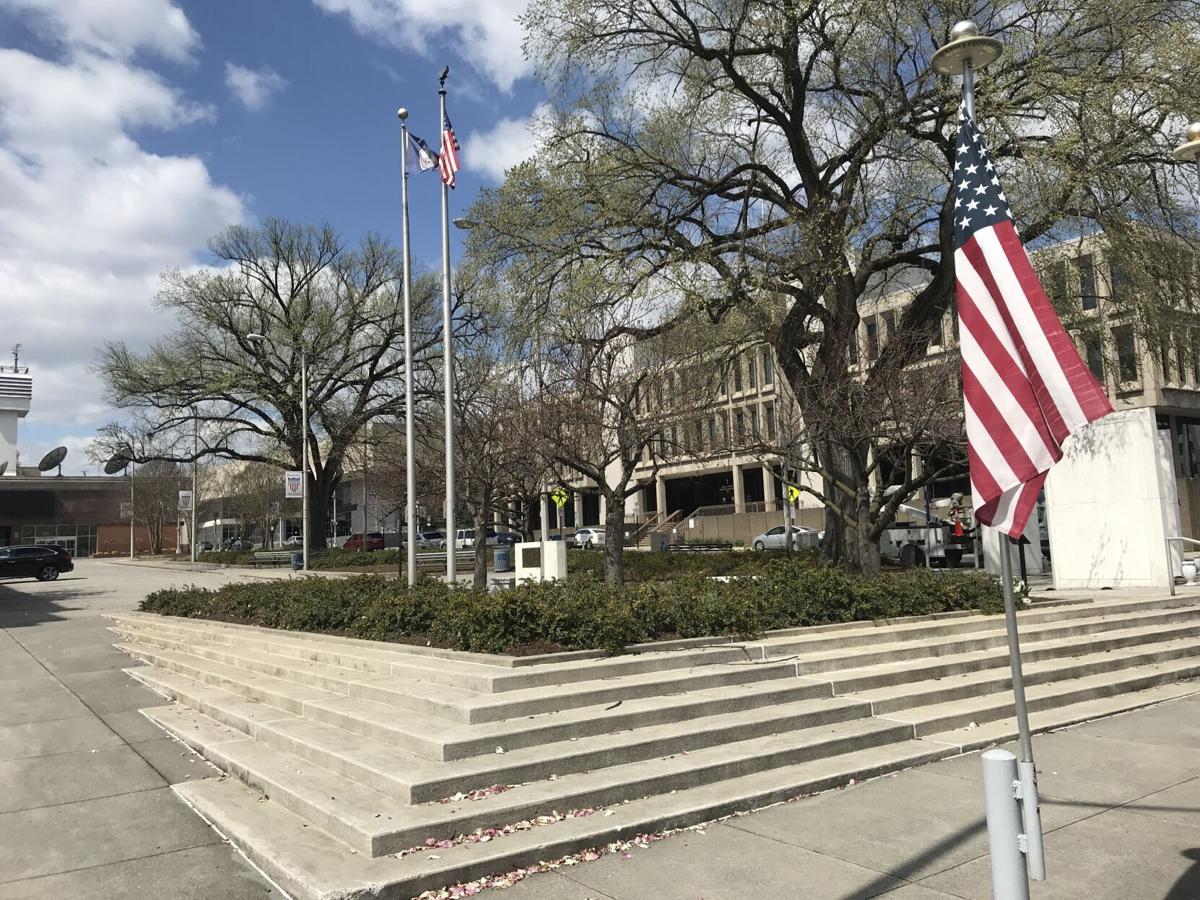 The eastern end of Lee Plaza is the location of the Roanoke Valley War Memorial.

BY JEFF STURGEON The Roanoke Times

The west half, where a man deliberately pulled down a marker recognizing Robert E. Lee last summer, will be renamed for Henrietta Lacks. Lacks, a Roanoke native who passed away in 1951, is the source of the first immortal human cell line — an extraordinary research platform on which major medical advances occurred.

The east half of the plaza location with the flag-bordered Roanoke Valley War Memorial and monuments bearing the names of war dead, will become Freedom Plaza.

No time frame was released as to when the new names might be in place. Next steps include fashioning signs. Those who say recognition of Lacks is long overdue support bringing in a bust or statue of her.

Lee Plaza has been called Lee Plaza since 1957. The council at that time named the plaza in honor of the Confederate general. A 10-foot Lee marker was added in 1960.

Last summer, police found the marker down and in pieces after the council began a process to remove the monument through city action. A man is awaiting trial on a criminal monument destruction charge.

After the Lee monument was damaged and removed, the council began efforts to rename the plaza. It sought advice from Roanoke’s Equity and Empowerment Advisory Board, which on Monday referred two suggestions the committee said were widely popular in the community: Henrietta Lacks Plaza and Star City Plaza. The Star City name didn’t make the council’s cut, but Freedom Plaza, submitted by Councilman Bill Bestpitch, did.

Mayor Sherman Lea favored naming the whole plaza after Lacks, noting her singular place in medical history. “The cells were different. They were special. They could reproduce outside the body,” he said.

Numerous organizations and individuals across the country maintain tributes to Lacks, who is the subject of books, exhibits, a movie, a Wikipedia page and a charitable foundation. Roanoke, where she lived until she was 4, does not honor Lacks with any kind of public display.

Amy Ferguson of Ridgeway, who had taught 32 years in middle schools, died in Orlando, Fla., while on vacation.

A Richlands, Virginia, man, who authorities said was injured in 2020 by his own illegal explosives, will serve seven years in federal prison.

A woman whose business billed the Virginia Medicaid program for more than $2.8 million in work that was not performed was sentenced to four years and two months in prison Monday.

A Burke County deputy is on administrative paid leave and an investigation is ongoing after a video showed the deputy restraining a man by his neck last week.

A Petersburg man indicted in the burglary of an Ettrick business is the first person in Virginia to be charged with a crime based on the use of a liquid nanotechnology known as SmartWater CSI — a substance residents or merchants can use to mark property that could be stolen.

“I have spent most of my professional life trying to make my community a little safer, the environment a little cleaner and the world a better place.”

FreightCar America got a $10 million PPP loan, then closed its plant and moved manufacturing jobs to Mexico

Many American businesses received millions in federal pandemic aid intended to protect workers, but exploited loopholes and rule changes to lay off those employees anyway.

The western end of Lee Plaza was where the monument to Confederate Gen. Robert E. Lee was located until being toppled last year in an act of vandalism, just before the city planned to remove it legally. All that’s left is the concrete slab the monument stood upon.

The eastern end of Lee Plaza is the location of the Roanoke Valley War Memorial.