Millions of people around the world are expected to tune into Prince Philip's funeral service on Saturday, which will be broadcast by major television networks and streamed online.

The service honoring the Duke of Edinburgh will begin at 3 p.m. local time (10 a.m. ET) in St George's Chapel, Windsor with a national minute of silence, according to a statement from Buckingham Palace. The Queen and members of the royal family will take part in the event, with attendance limited to 30 because of coronavirus restrictions.

A ceremonial procession inside the grounds of Windsor Castle — led by the band of the Grenadier Guards, one of the oldest regiments of the British Army — will begin at 2:45 p.m. (9:45 a.m. ET). Charles, the Prince of Wales, and members of the royal family will join the procession, together with staff from the royal household.

WHERE CAN I WATCH?

In addition to programming from CNN, US viewers can also watch the the service on Fox News and FoxNews.com starting at 9 a.m. ET. NBC and CBS will commence broadcast coverage at 9:30 a.m. ET, with anchors Savannah Guthrie and Gayle King respectively.

NBC News Now will stream the network's coverage live and on demand on Peacock and other platforms. CBS's broadcast will be available on its streaming service CBSN.

ABC News will carry a live broadcast beginning at 9:30 a.m. ET and led by anchor David Muir. This will also be streamed on ABC News Live.

HOW THE QUEEN WILL SAY GOODBYE

How the Queen will say goodbye to Philip

Windsor Castle has seen a lot of history and Saturday will be no different.

List of mourners attending the funeral of Prince Philip

LONDON (AP) — Here is the full list of mourners who will attend the funeral of Prince Philip on Saturday at St. George’s Chapel, Windsor Castle:

Prince Philip designed his own hearse, a modified Land Rover

LONDON (AP) — Prince Philip, who liked Land Rovers and drove them for much of his life, will make his last journey in one — a no-nonsense vehicle customized at his direction, down to its military green color.

Philip's 'fortitude and faith' to be remembered at funeral

WINDSOR, England (AP) — Prince Philip will be remembered as a man of “courage, fortitude and faith” at a martial but also personal funeral that will mark the death of a royal patriarch who was a beloved husband and father, and one of a dwindling number of World War II veterans.

Philip's legacy lives in chef who traded prison for kitchen

LONDON (AP) — Jon Watts was 18 years old when he woke up in a prison cell and decided he had to change.

LONDON (AP) — Prince William and Prince Harry won’t walk side-by-side Saturday as they follow their grandfather’s coffin into the church ahead of Prince Philip’s funeral, minimizing the chances of any awkward moments between the brothers who are grappling with strained relations since Harry’s decision to step away from royal duties last year.

Photos: Scenes from Britain ahead of Prince Philip's funeral

Britain and the world are saying farewell to Prince Philip on Saturday. Watch a live stream of the Duke of Edinburgh's funeral service here. 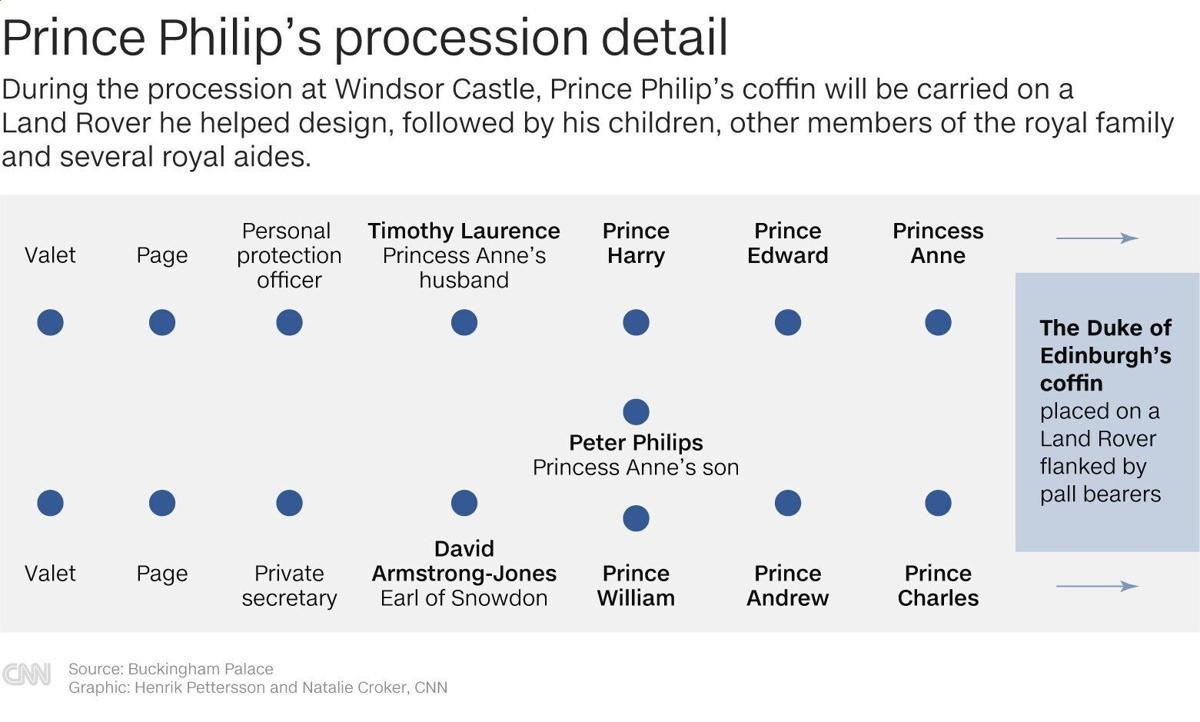 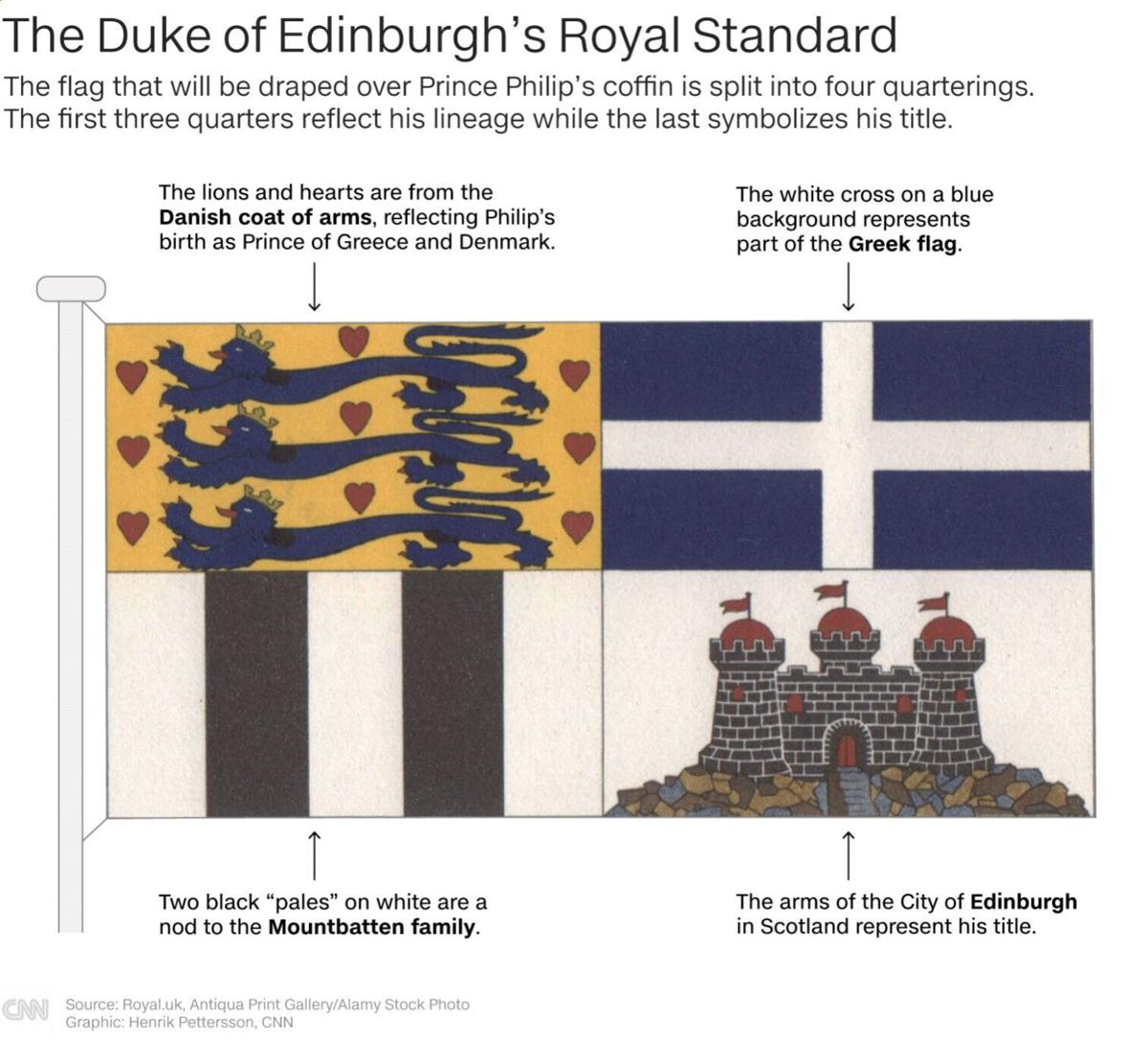 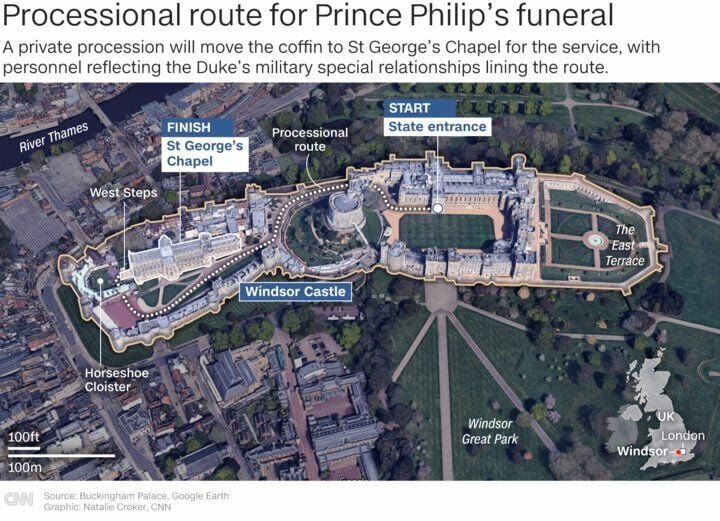