Evelyn Jeanette Cumbo Adkins, 87, of Callands, Va., went to her heavenly home on Monday, October 28, 2019. Mrs. Adkins was born on September 3, 1932, in Abingdon, Va., to the late Ernest Cumbo and the late Stella Arnold Cumbo. Evelyn was a member of White Oak Worship Center in Blairs, Va. She retired from Dan River Mills after more than 50 years of service. Mrs. Adkins will be remembered for her deep love of family. She also enjoyed traveling and gardening. Her love of Jesus was seen in her devotion to her church and to others. She is survived her husband, Hugh W. Adkins Sr.; her daughter, Sylvia Cobbs (Cabell); grandchildren, Jennifer Lovelace (Timothy), Joshua Cobbs (Becky), Ben Cobbs (Hillary); five great-grandchildren; six stepchildren, Patricia Dudley (Randy), Sandra Hankins, Kathy Crawley (J.T.), and Gail Rigney, James Adkins (Pam), and Hugh Adkins Jr. (Linda); thirteen step grandchildren; twenty step great-grandchildren; and eight step great-great-grandchildren. In addition to her parents, she was preceded in death by her son, Jerry Lynn Adkins; sisters, Lorraine Spence, Jewel Chavers, and Irene Pruitt. A funeral service will be held at 2 p.m. on Friday, November 1, 2019, at White Oak Worship Center, 8465 U S Highway 29, Blairs, VA 24527, with Pastor Roger Ewing and Pastor Cabell Cobbs officiating. A visitation will be held prior to the funeral from 1 until 2 p.m. Interment will follow at the Adkins family Cemetery. Norris Funeral Services, Inc. and Crematory, West End Chapel, 511 Church Ave., Danville, is serving the Adkins family. Online condolences may be made at www.norrisfuneral.com.

+1
+1
To plant a tree in memory of Evelyn Adkins as a living tribute, please visit Tribute Store. 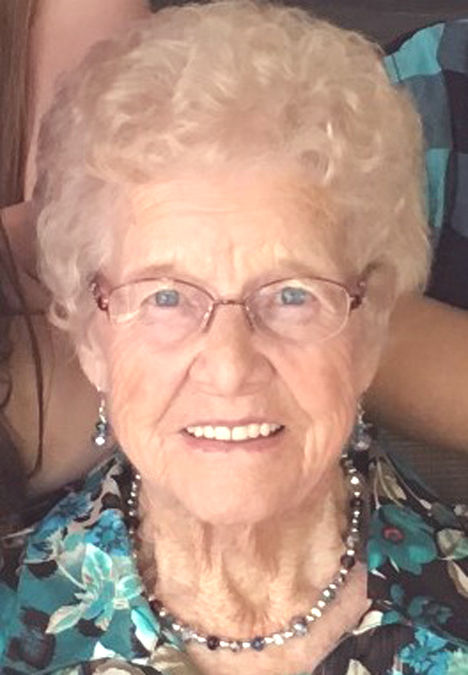