March 13, 1950 - July 29, 2020 Mr. Danny Timothy Barber, age 70, of Danville, Va., passed away unexpectedly on Wednesday, July 29, 2020. He was born on March 13, 1950, in Danville, Va., to the late James Edward Barber and Margaret O. McDaniel Barber. He spent his life living in Danville, where he worked for the City of Danville in the electrical department, as well as Swicegood Funeral Home for 30 years. Danny served in the United States Army in the era of the Vietnam War. He was a faithful member of Freedom Baptist Church. Danny served as an officer and a captain of the Honor Guard of The American Legion at Post 1097 and a past Exalted Ruler of the Danville Elk Lodge No. 227. He enjoyed spending his time riding his Harley-Davidson Motorcycle in charity runs to benefit others in need. Danny is survived by his wife, Karen Barber of the home; daughters, Tracy L. York (Jason) of Reidsville, N.C., and Angela D. Martin (Wayne) of Madison, N.C.; and grandchildren, Jamie York, Allison York, Hallie Martin, and Hannah Martin. He also leaves behind his two beloved boxers, BoBo and Duke. Danny was the last of his generation. In addition to his parents, Danny was predeceased by his grandparents, Joel and Maddie McDaniel and James and Elizabeth Barber; as well as several uncles and aunts. Funeral services will be conducted at 11 a.m. on Monday, August 3, 2020, at Swicegood Funeral Home with the Rev. Delton Agnor and the Rev. David Cartner officiating. Visitation will be held from 6 until 8 p.m. on Sunday, August 2, 2020, at the funeral home. Interment will follow in Danville Memorial Gardens with military honors provided by the United States Army and American Legion Post 1097. At other times, the family will be at the residence, 452 Berkshire Dr., Danville, VA 24541. Swicegood Funeral Service is respectfully serving the Barber family. Please sign the guestbook at www.swicegood-barker.com, www.facebook.com/swicegoodbarker, and www.godanriver.com. Swicegoood Funeral Home 564 West Main Street, Danville, VA 24541

+2
+2
+2
To send flowers to the family of Danny Barber, please visit Tribute Store. 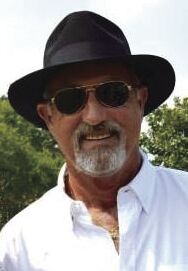