July 22, 1922 - July 23, 2020 Mrs. Evelyn H. Brooks, 93, of 1556 Mapleton Drive, Callands, Virginia, departed this life on Thursday morning, July 23, 2020, at Riverside Health and Rehabilitation Center. Born July 22, 1926, in Pittsylvania County, she was the daughter of the late William O. Harris and Bell Dickerson Harris. In addition to her parents, she was preceded in death by her husband, Willie David Brooks, six sisters and seven brothers. Mrs. Brooks was a retired employee of American Furniture Company in Martinsville, Virginia and was a member of the Schoolfield Primitive Baptist Church. Those left to cherish her memories are one daughter, Marie B. Taylor of Callands, Virginia; two sons, Austin Brooks (Lois) of Durham, North Carolina and David W. Brooks of Callands, Virginia; her grandchildren, Kimberly D. Taylor Matthews (Ray) of Martinsville, Virginia, Bradley D. Taylor (Christy) of Callands, Virginia, Jacquetta Brooks of Danville, Virginia, Courtney Brooks Galloway (Lamont) of Greensboro, North Carolina and Timothy B. Gilbson (Laquella) of Bloomfield Hills, Michigan; six great grandchildren, her devoted cousins, Mable A. Jones of Callands, Virginia and Alease Tarpley of Jamaica, New York; four sisters-in-law, Claudia Brooks and Evelyn Brooks, both of Detroit, Michigan, Lanelle Brooks of Boulder, Colorado and Margaret Harris of Callands, Virginia; one brother-in-law, Horace Brooks of Callands, Virginia; and a host of nieces, nephews, other relatives and friends. Graveside rites for Mrs. Brooks will be conducted on Monday, July 27, 2020, at 1 p.m. at the Brooks Family Cemetery, Callands, Virginia with Elder Dean Harris, eulogist. A viewing will be held on Sunday, July 26, 2020, at Miller Funeral Home from 4 until 6 p.m. with the family being present from 5 unil 6 p.m. In compliance with state and federal restrictions, masks will be required, and social distancing will be practiced. Miller Funeral Home, Gretna is in charge of the arrangements.

+1
+1
To plant a tree in memory of Evelyn Brooks as a living tribute, please visit Tribute Store. 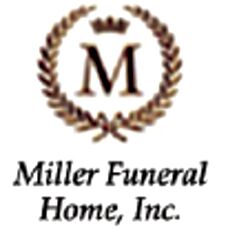