Campbell, Evangelist Elaine Edmonds
0 entries
Share this
Only $5 for 5 months

February 27, 1955 - July 26, 2020 Evangelist Elaine Edmonds Campbel,l of Danville, Va., passed away on Sunday, July 26, 2020, at SOVAH Health, Danville, Va. Born in Halifax, Va. on February 27, 1955, the 11th of 14 children born to the late Mr. Frank Fredrick (Dick) Edmonds and the late Mrs. Vernell Martin Edmonds. She was a true wife, mom, sister, aunt, friend and constant witness for Jesus Christ. During her life, Evang. Campbell matriculated through the Halifax County Public School system and Maranatha Bible College where she excelled academically. Professionally, she was employed by the school system, non-profit organizations and church organizations. As a young adult, Evangelist Campbell accepted Jesus Christ as her personal Savior, joining Christ Temple Blue Rock Church where her grandfather, the late Rev. Frank E. Edmonds served as founder and Pastor. In 1975, Evang. Campbell moved to Danville, Va. and joined the Bibleway Cathedral where she served as a faithful, dedicated and loyal Church Administrator, Member, Sunday School Teacher, Altar Worker and Prayer Warrior among many other assignments. Understanding that God did not call His children to minister only to those inside of the church, Evangelist Campbell visited and ministered the incarcerated, fed the hungry, prayed for the sick, and clothed those who were in need. She was so committed to doing the work of the Lord that she kept a supply of clothing, food and other necessities in the trunk of her car in case she encountered someone in need. Evang. Campbell LOVED the Lord and served Him faithfully. Her mission was to do His will and populate the Kingdom of Heaven and was willing to reach the lost at any cost. Despite all of the challenges she faced, Evang. Campbell never lost her trust and faith in God. She lived consistent with a testimony she shared during one Sunday service about an encounter she had with God as she drove through a rainstorm, her vision became impaired and she started to panic. In recounting the moment, she heard the Holy Ghost tell her "Don't panic, you and I have been through storms before." Notwithstanding all that life and the enemy threw her way, Evang. Campbell did not panic, she did not waiver, instead she stood, confidently and faithfully trusting in God and has now earned her rest. Evang. Campbell is survived by her husband, Larry of 44 years; two daughters, Dietra Carree (Isaac) and Rebecca Campbell; two grandchildren, Alaina Carree and Bryce Jones; eight sisters; three brothers; father and mother-in law, Apostle Lawrence G. Campbell Sr. and Mother Gloria Campbell; in-laws and a host of nieces, nephews, cousins and her Bibleway Cathedral Church family. In addition to her parents, she was predeceased by and two brothers, Frank Davis and Emmett Edmonds Sr. Evang. Campbell will be missed by all who truly loved her! At her request, the memorial will be private, as this is a solemn time for the immediate family. Fisher and Watkins Funeral Home is assisting the Campbell family. 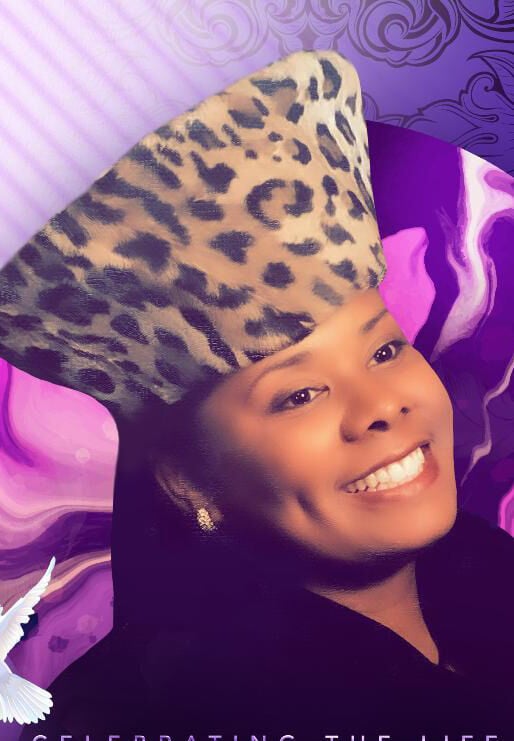