Mrs. Lovelene Jones, 80, of 204 Dunmore Street, Danville, Virginia, departed this life on Tuesday afternoon, October 22, 2019, at SOVAH Health Danville. Born on August 10, 1939, in Pittsylvania County, she was the daughter of the late Howard Jones and Vernell Stephens Jones. In addition to her parents, she was preceded in death by one son, Trevor C. Jones; three sisters, Luci Henry, Marjorie Venable, and Alice Davis; one brother, William Jones; and one grandson, Brandon Jones. Mrs. Jones was last employed by Duron Paint Company in Greenbelt, Maryland. At an early age, she was baptized and joined the Shockoe Baptist Church in Java, Virginia. Upon relocating, she became a member of Highland Baptist Church in Landover, Maryland. Those left to cherish her memories are her husband, Frank Jones of the residence; two daughters, Sandra Potter (Vincent) of Altavista, Virginia, and Sherry Jones of Upper Marlboro, Maryland; one son, Jarvis Jones (Etta) of Sharpsburg, Georgia; six sisters, Nellie Glass of Orlando, Florida, Lillie Wimbush (Herman) and Olivia Womack, all of Chatham, Virginia, Marva Davis (Edward) of Java, Virginia, Deborah Kelly of Danville, Virginia, and Marta Myers of Greensboro, North Carolina; one brother, Charles Jones (Belinda) of Gretna, Virginia; four grandchildren, eight great-grandchildren, and a host of nieces, nephews, other relatives and friends. A celebration of life for Mrs. Jones will be conducted on Saturday, October 26, 2019, at 1 p.m. at the Shockoe Missionary Baptist Church with the Rev. Antonel A. Myler Sr., eulogist. Interment will follow in the Highland Burial Park, Danville, Virginia. A viewing will be held one hour prior to the funeral service on Saturday. The family is at the residence of her daughter and son-in-law, Sandra and Vincent Potter, 100 Marys Circle, Danville, Virginia. Miller Funeral Home, Gretna is in charge of the arrangements.

+1
+1
To plant a tree in memory of Lovelene Jones as a living tribute, please visit Tribute Store. 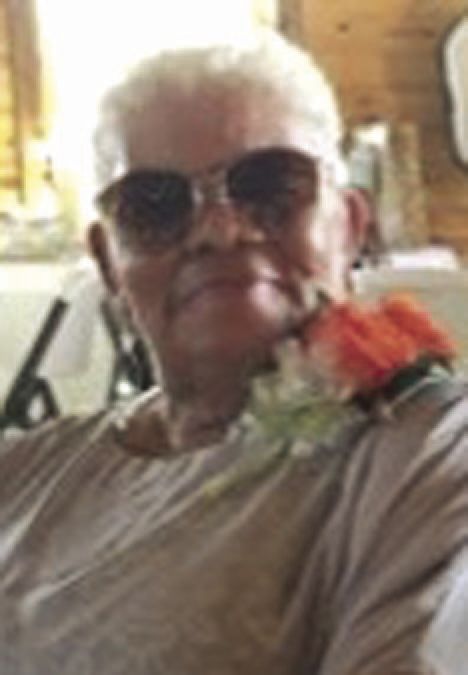