Walter Ray Hutchinson Jr. June 06, 1942 - June 23, 2020 Mr. Walter Ray Hutchinson Jr., age 78, of Danville, Virginia, passed away on Tuesday, June 23, 2020 at his residence. Mr. Hutchinson was born on June 6, 1942, in Danville, Virginia, to the late Walter Ray Hutchinson Sr. and Blanche Roberts Hutchinson. Mr. Hutchinson lived his life in Danville and was a faithful member of Victory Baptist Church. He worked at Goodyear as a machine operator for 27 years as well as bravely served for two years in the United States Army during the era of the Vietnam War. Mr. Hutchinson is survived by his loving wife of 53 years, Judith Mae Crumpton Hutchinson; sons, Michael Hutchinson and Brian Hutchinson (Tina); grandchildren, Andrew, Austin, Logan and Jacob Hutchinson; sister, Edith Hancock; and special friend, Raymond Whitt. In addition to his parents Mr. Hutchinson was predeceased by his sisters, Iris Wilkerson, Doris Hankins, Wanda Doss, Lois Moss; and brother, Carlon Hutchinson. Funeral services will be conducted on Saturday, June 27, 2020, at 11 a.m. at Swicegood Funeral Home with the Reverend Eric Curtis and the Reverend Billy Hedrick officiating. Visitation will be held on Friday evening from 6 until 8 p.m. at the funeral home and at other times the family will receive friends at the residence. Interment will follow in Danville Memorial Gardens. Swicegood Funeral Service is respectfully serving the Hutchinson family. Please sign the guestbook at www.swicegood-barker.com. www.facebook.com/swicegoodbarker, and www.godanriver.com. Swicegood Funeral Home 564 West Main St. Danville, Virginia 24541 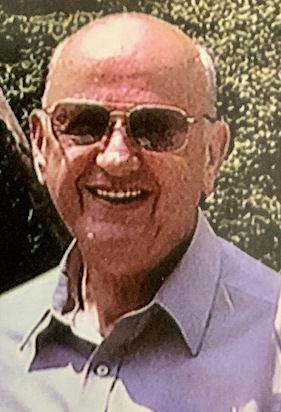