The five-time South Boston Speedway NASCAR track champion powered his way through the field from his fifth-place starting spot, grabbed the lead from rookie Jacob Borst of Elon, North Carolina, on lap 12 and edged Borst by 1.315 seconds to win the first of the pair of Late Model Stock Car Division races.

Sellers started ninth in the nightcap as a result of the top nine finishers of the opener being inverted for the start of the second race. The Danville resident took the lead from Mark Wertz of Chesapeake on the eighth circuit and appeared to be headed to a comfortable win.

A caution flag on lap 41 closed up the field and set up an intense battle between Sellers and Looney to decide the outcome. The pair made contact as they battled for the lead, with Looney edging in front on lap 42 before Sellers rallied to reclaim the lead on lap 50. Sellers held on for the final 26 laps, crossing the finish line .341 seconds ahead Looney to complete the sweep of the twin bill and run his early season win total at South Boston Speedway to four.

“Any time you can win at your home track is a huge relief,” Sellers said, “but when you can beat this caliber of cars, it’s a huge feather in your cap. The competition level is always at a premium here at South Boston Speedway, because this place is truly one of the hardest short tracks in the world to get around and get your car worked out around.

“There are a lot of good cars here right now, a lot of young guys with fast race cars. They are not easy [to beat]. When we have a guy like Mike Looney come in and compete with us, we’ve got to bring our ‘A’ game.”

“We were really close with this new car,” Looney said at the end of the afternoon.

“We just got outrun. It was good racing. It was a couple of old veterans beating and banging like youngsters again. Second wasn’t what I was looking for, but I had a good time.”

The veteran racer said the opportunity he had to make a run at Sellers after the lap 41 restart in the second 75-lap race was his best shot at getting the win.

“I got a good jump and got around him on the outside, pinched him down pretty good. I got around him, and we made a race out of it. I think the cars were nearly equal. He made one less mistake than I did.”

The Nathalie resident sped past J.D. Eversole of North Chesterfield on lap 32 and held on the rest of the way to score his first career victory in the division. He edged Jason Myers of Hurt by .963 seconds to claim the win.

“Words can’t explain how much this win means to me,” Dawson said.

“Just to be able to get my family, my dad, my crew chief, brothers, friends and all in victory lane means the world to me. I can’t thank my sponsors enough. I thank my dad. He puts a whole lot of work into this car to get it where it has been.”

Myers passed Eversole with five laps to go to take the runner-up spot, leaving Eversole to settle for a third-place finish. Pole winner Daniel Moss of Danville finished fourth after electing to start at the rear of the field to collect passing points in an attempt to boost his points total, and Mark Cook of Bridgewater completed the top five finishers.

Crews took the lead from Johnny Layne of Halifax on the 16th lap and edged Layne by .465 seconds in taking the win.

The race was slowed by five caution periods.

Dawson took the lead from Kevin Currin of Chase City on the fifth lap and led the rest of the way to pick up the win.

Steven Layne of Nathalie took the runner-up spot, with Josh Dawson of Halifax, winner of the first two races of the season, finishing third. Dillon Davis of Nathalie finished fourth, and Andrea Ruotolo of South Boston rounded out the top five finishers.

Chandler is the public relations director for South Boston Speedway.

The vehicle found its way into pop culture as the inspiration for the character River Scott in the Disney movie "Cars 3." 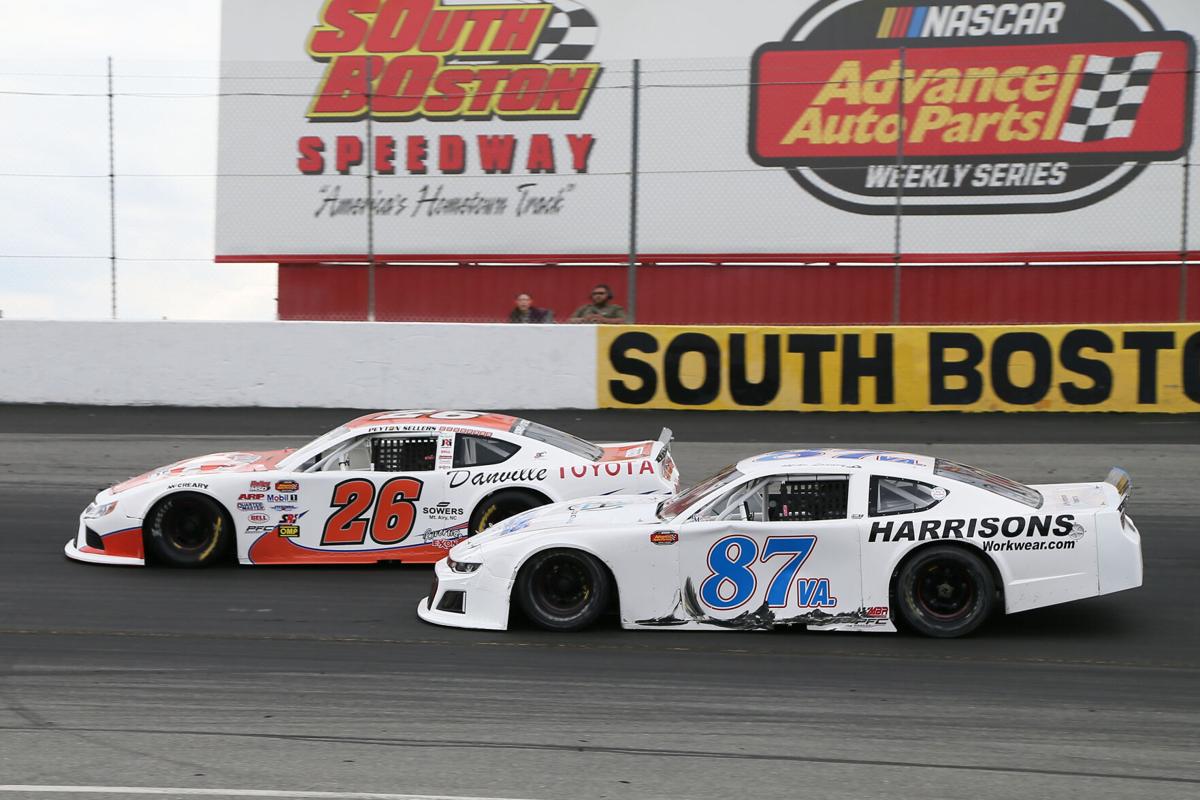 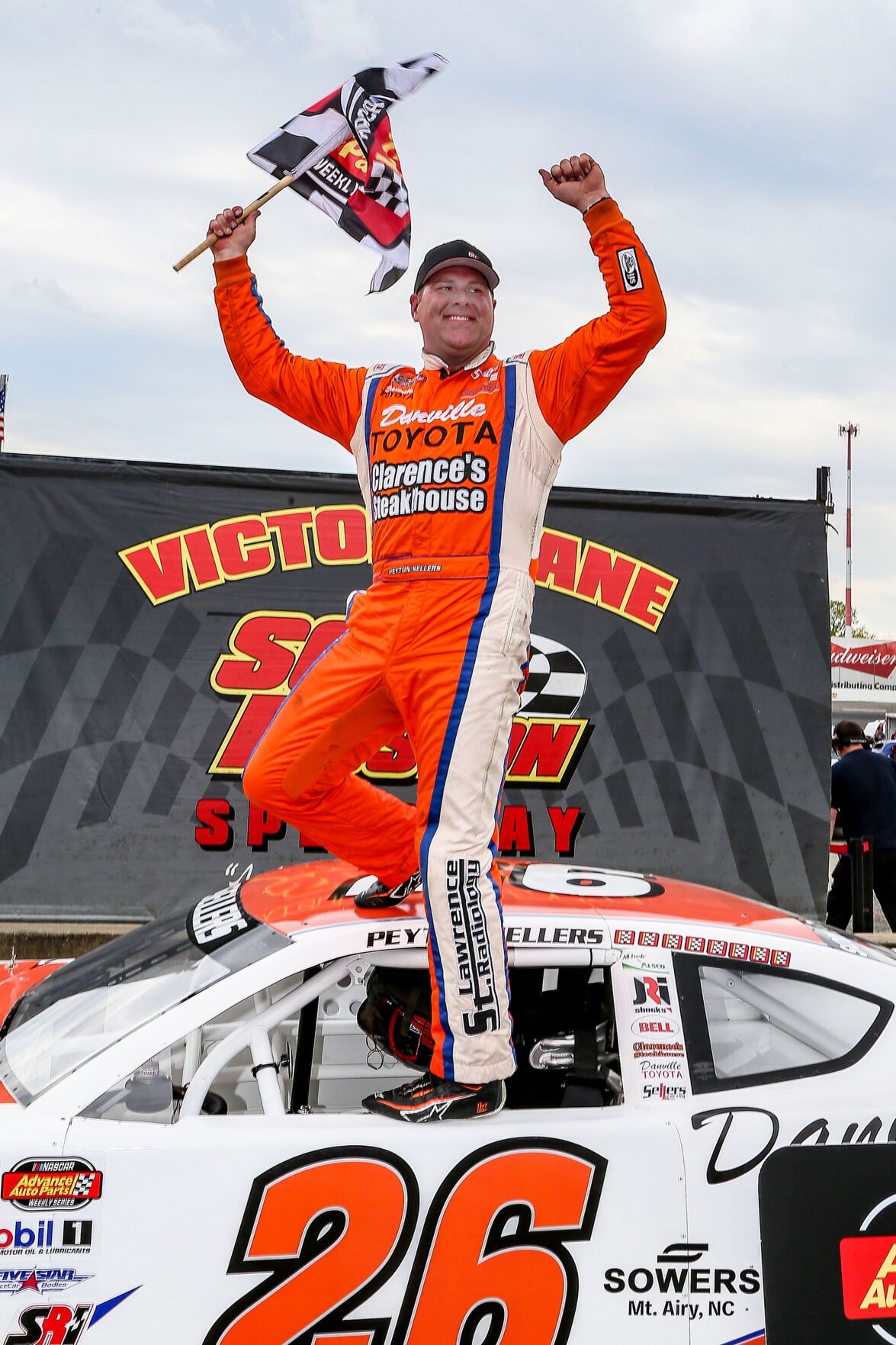