For Tunstall baseball trio, a reunion at Hooker Field in Martinsville
0 comments
Share this
Only $5 for 5 months
1 of 4 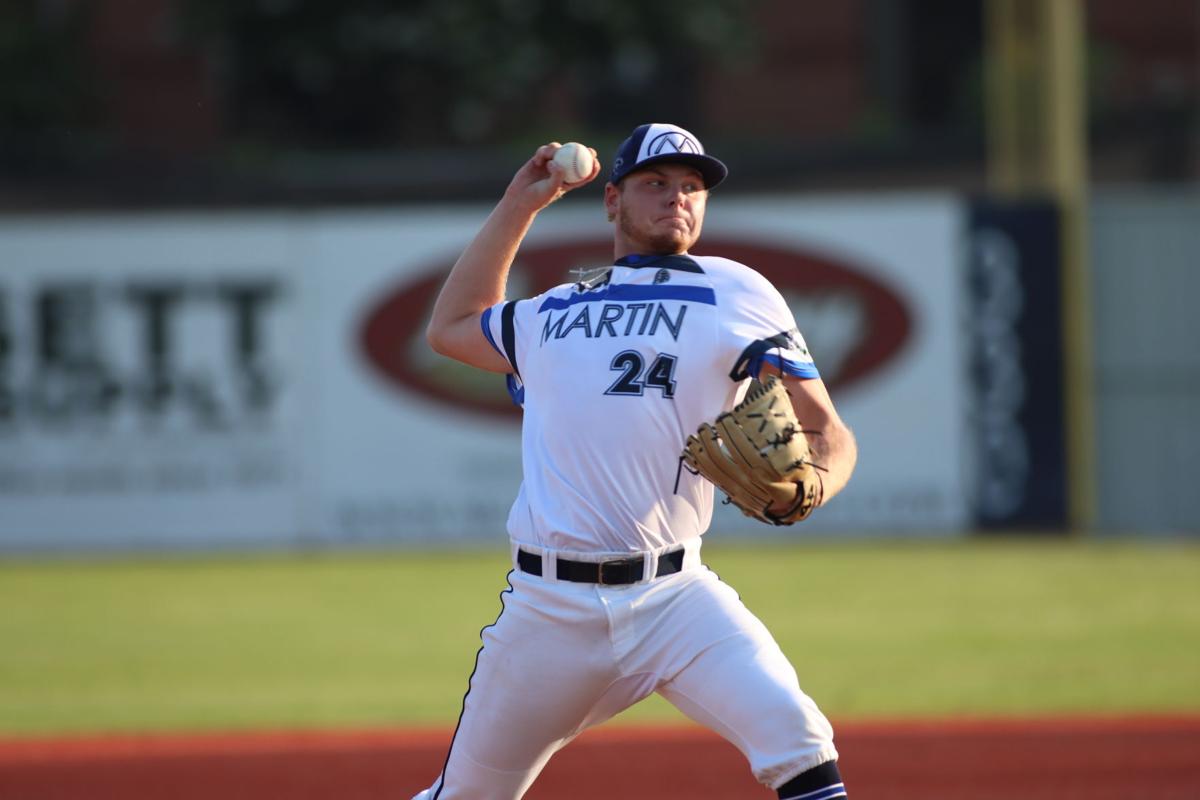 Tunstall graduate Will Davis got his first start of the season as a member of the Martinsville Mustangs last month. 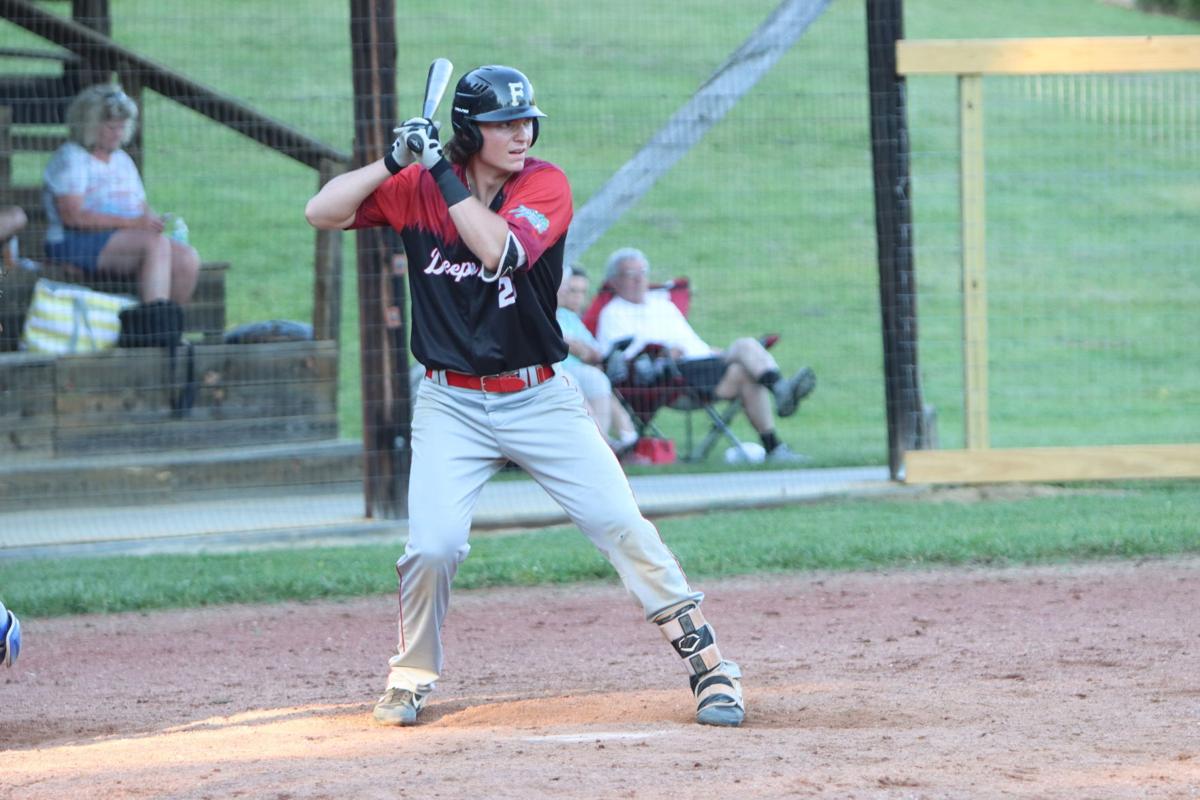 Matt Yarbrough, Tunstall class of '17, recently faced off against his former high school teammates at Hooker Field while playing for the Deep River Muddogs. 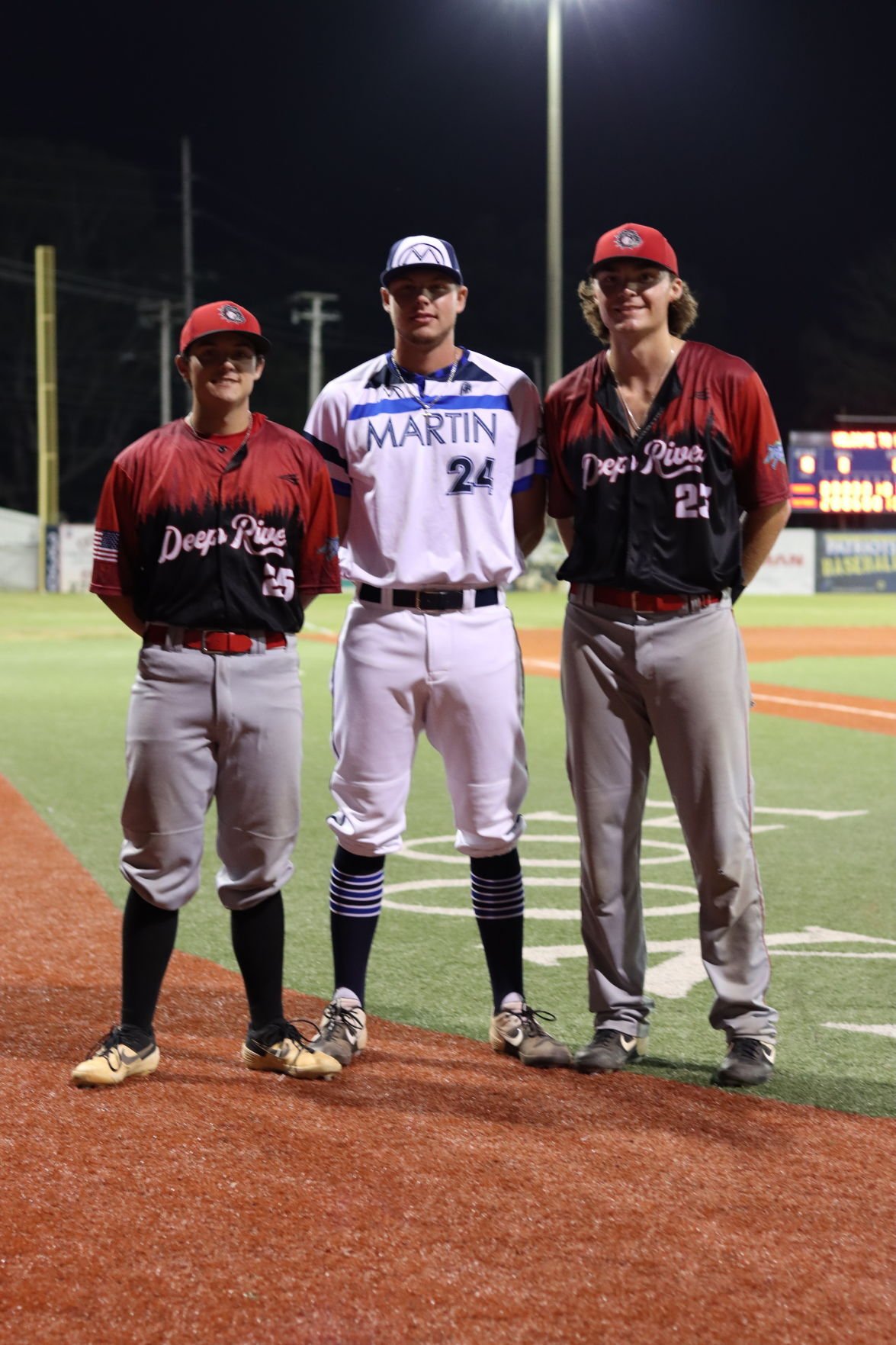 Tunstall graduates (from left) Jackson Clark, Will Davis and Matt Yarbrough played against one another when the Deep River Muddogs and Martinsville Mustangs faced off at Hooker Field last month. 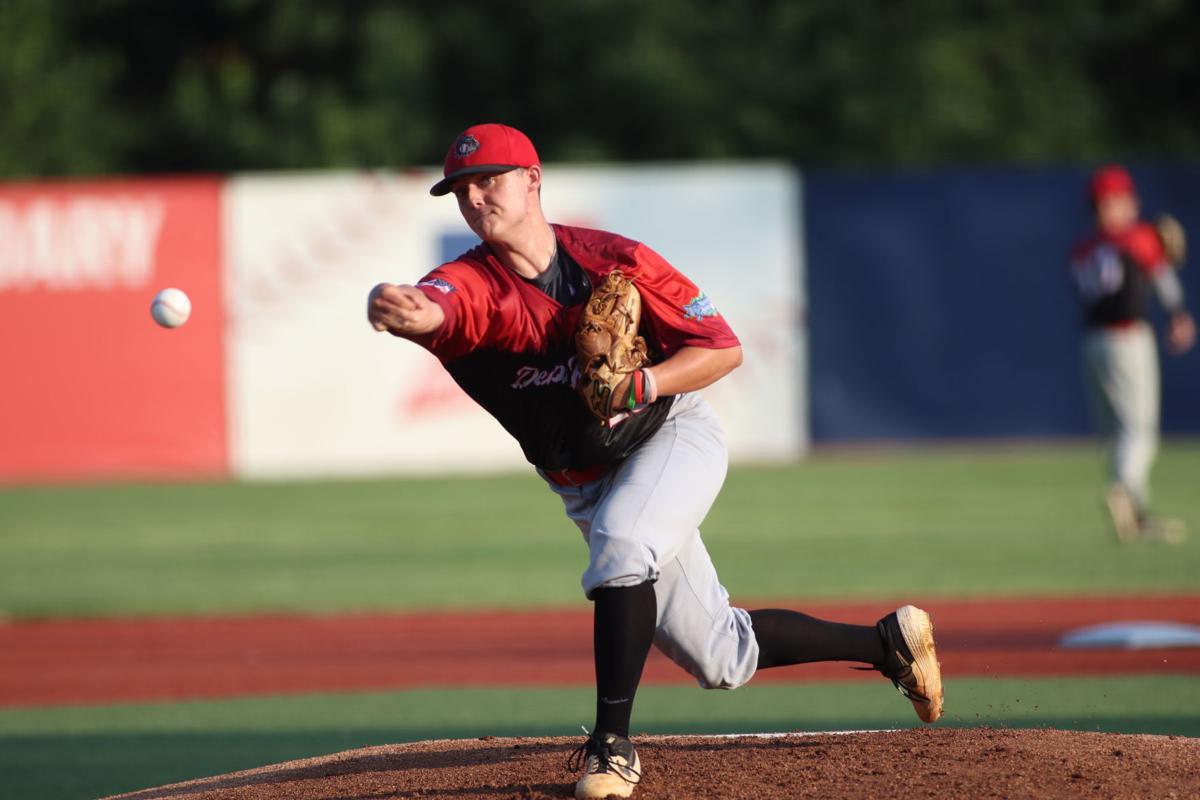 Tunstall graduate, and Deep River Muddogs pitcher, Jackson Clark recently pitched against his former Trojans teammate Will Davis in a game against the Martinsville Mustangs at Hooker Field last month.

Playing summer ball can be incongruous for student-athletes.

For many, it's a time where they're away from their usual surroundings and around teammates that have no connections to their hometown. But on July 20, the non-conference matchup between the Martinsville Mustangs and Deep River Muddogs put a spotlight on three Tunstall High School graduates.

Will Davis, Tunstall class of 2018, got the nod as starting pitcher for Martinsville, his first of the season after appearing three times out of the bullpen. The start marked the first time since March 7 Davis was named starting pitcher, back when he pitched for Ferrum College.

"I felt more comfortable in the starting role than coming out of the bullpen," Davis said, "It was something that I was used to at Ferrum. I had that state of mind."

While Davis was warming up, his once fellow teammate Jackson Clark, also Tunstall class of 2018, was tabbed as the starting pitcher for Deep River. Clark pitches for Brewton-Parker College, a small Christian school in Mount Vernon, Georgia.

"I was excited because there is no pitcher I'd rather play against in that Martinsville rotation than Will," Clark said.

Rounding out the Tunstall Trio was Matt Yarbrough, class of 2017. Yarbrough batted sixth in Deep River's lineup and played right field. Yarbrough went 0-2 in the contest.

Not only did Davis and Yarbrough play for Tunstall together, but they are also current teammates at Ferrum. This season was Yarbrough's second year at Ferrum after transferring from Catawba Valley Community College out of Hickory, North Carolina, playing his freshman season there.

"It's always exciting to face Will [Davis]. It's felt like being in an inter-squad game at school," Yarbrough said. "It's nothing I had done before. It's always fun to come out here to compete against your friends."

At the top of the second inning with one out, Yarbrough got the opportunity to face Davis in his first at-bat.

"I knew what pitches he's thrown. Will throws me BP [batting practice] a lot, so I know how he likes to pitch and what he has," Yarbrough said. "I just went into it and knew what he throws in certain situations."

Unfortunately, Yarbrough would end his at-bat striking out swinging.

Davis said that it felt great to take the field once again with his closest friends.

"It was exciting. It was like a reunion for us," Davis said. "Obviously, I go to school with Matt, so I've faced him before. It was fun being back being able to face those two again."

Davis would go on to have a dominant outing, pitching five innings, giving up two hits, one walk, and striking out 12 batters on 77 pitches.

"I was trying to throw and hit my spots the whole game and let the defense play behind me," Davis said. "I did not know I struck out that many."

On the other hand, Clark would struggle in just his second start of the year, throwing 4.1 innings and allowing nine hits and ten runs, eight earned. He would also walk six.

"I just tried to stay in and pitch my game. The first inning was rough with me trying to transfer things from the bullpen to the mound," Clark said. "This was my first start since March. I struggled in that first inning, but once I figured out what was going on, it was a lot easier throughout the game."

The start was the first time Clark faced players coming from Division I schools. With that in mind, Clark looked at his loss as a learning opportunity to better his development.

"I knew those guys [Martinsville], if I pitched high, they were going to drive the ball," Clark said. "I managed to keep them off-balance for the most part and kept all the balls in the yard."

Win or lose, all three players agreed that the game would be something they would cherish for a lifetime.

The stat geeks are all excited, even if no one else seems to be. They’ve spent the first days of the baseball season analyzing a bunch of new numbers that show the possibilities — and probabilities — of runners scoring after being put on second base to open extra innings.

MILWAUKEE (AP) — José Abreu hit a tying, two-run homer in the seventh inning, Leury García scored on a wild pitch in the eighth and Yoan Moncada added a solo shot in the ninth to lift the Chicago White Sox over Milwaukee 6-4 in the Brewers' belated home opener Monday night.

ST. PETERSBURG, Fla. (AP) — Austin Meadows got two hits after missing the first 10 games of the season with the coronavirus and the Tampa Bay Rays stopped their losing streak at five, beating the Boston Red Sox 5-1 on Tuesday night.

Cubs' Ross non-committal when asked about Kimbrel as closer

CHICAGO (AP) — Chicago Cubs manager David Ross is working out how he plans to handle save situations while struggling closer Craig Kimbrel tries to fix his mechanics.

NEW YORK (AP) — Major League Baseball is cracking down on coronavirus safety protocols, mandating that players and staff wear face coverings at all times, including in the dugouts and bullpens, except for players on the field of play.

Bosox LHP Rodríguez out for year, inflamed heart from COVID

SEATTLE (AP) — Ramon Laureano broke out of a slump with a three-run homer, Chris Bassitt became the first Oakland starter to earn a victory this season and the Athletics beat the Seattle Mariners 3-2 on Sunday.

ATLANTA (AP) — Kyle Wright and the Atlanta bullpen combined on a 10-hit shutout and the Braves won their fifth in a row, beating the Mets 4-0 Sunday and blanking a New York lineup that found out late that slugger Yoenis Céspedes had opted out of playing any more this season.

Tunstall graduate Will Davis got his first start of the season as a member of the Martinsville Mustangs last month.

Matt Yarbrough, Tunstall class of '17, recently faced off against his former high school teammates at Hooker Field while playing for the Deep River Muddogs.

Tunstall graduates (from left) Jackson Clark, Will Davis and Matt Yarbrough played against one another when the Deep River Muddogs and Martinsville Mustangs faced off at Hooker Field last month.

Tunstall graduate, and Deep River Muddogs pitcher, Jackson Clark recently pitched against his former Trojans teammate Will Davis in a game against the Martinsville Mustangs at Hooker Field last month.