Super Bowl is set: It's Kansas City vs. Tampa Bay

Bryce Ball and Mitch Stallings were stars of the 2019 Danville Braves. In 2020, they're not sure where to go.
0 comments
Share this
{{featured_button_text}}
1 of 3 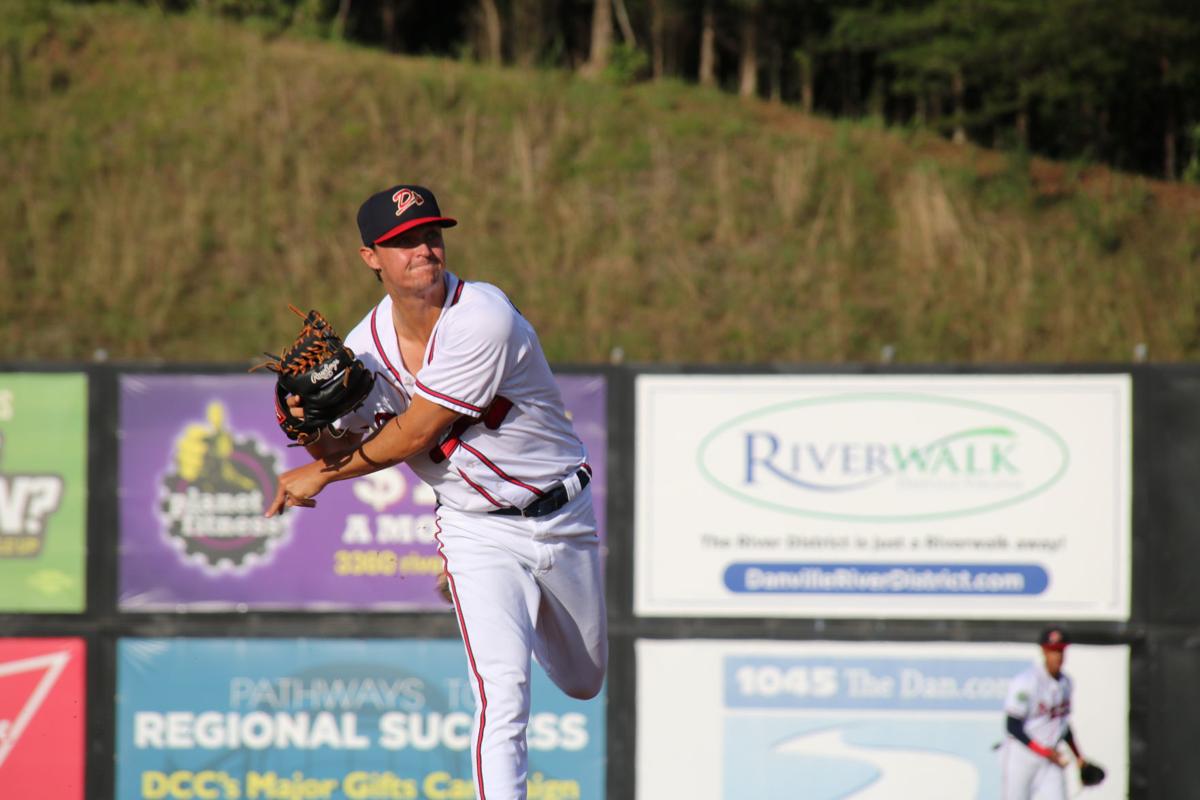 Mitch Stallings went 3-5 with a 2.25 ERA last season for the Danville Braves. In his pro career (26 games), he has yet to allow a home run. 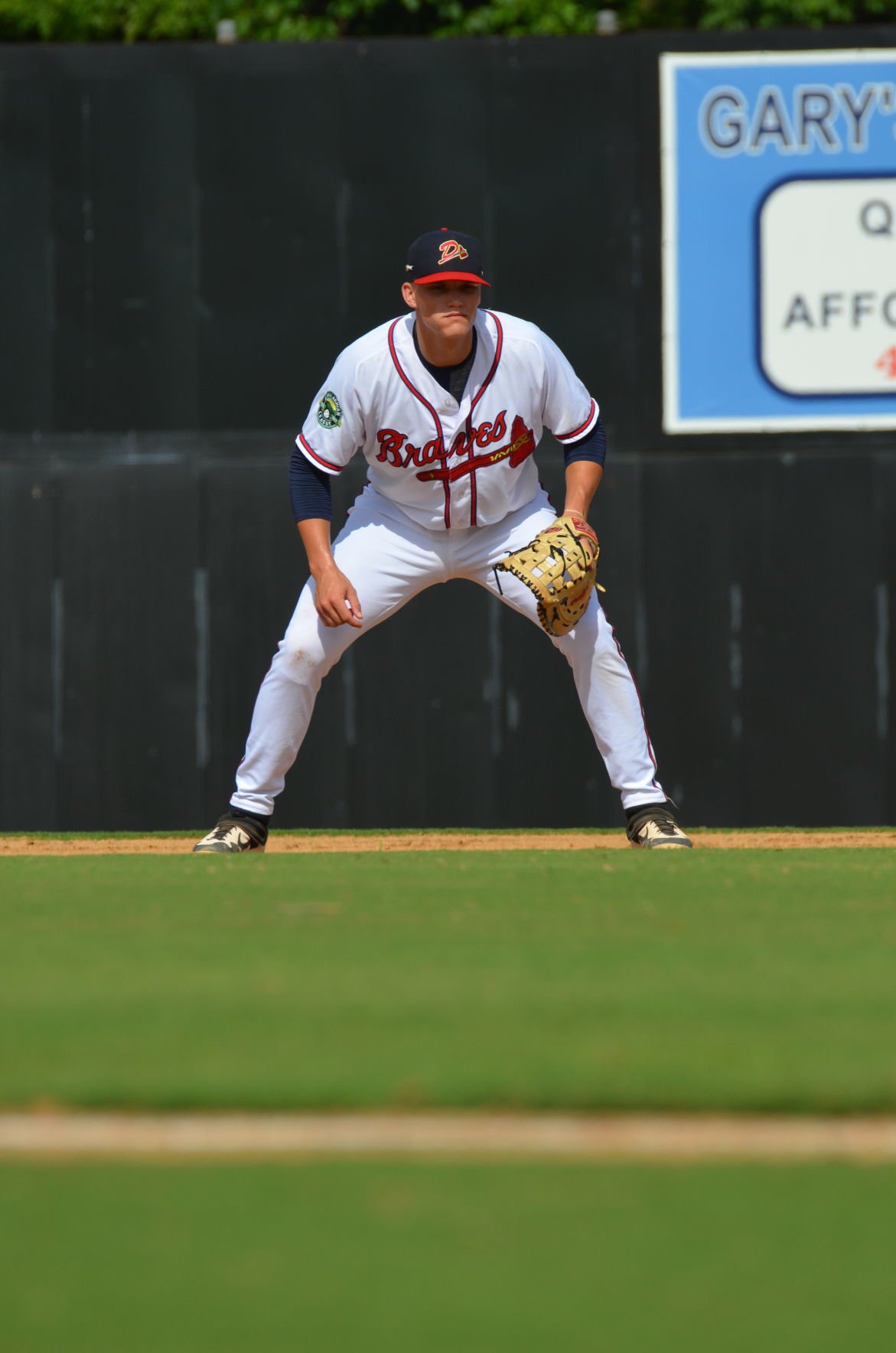 Bryce Ball was named the Appalachian League Player of the Year in 2019. 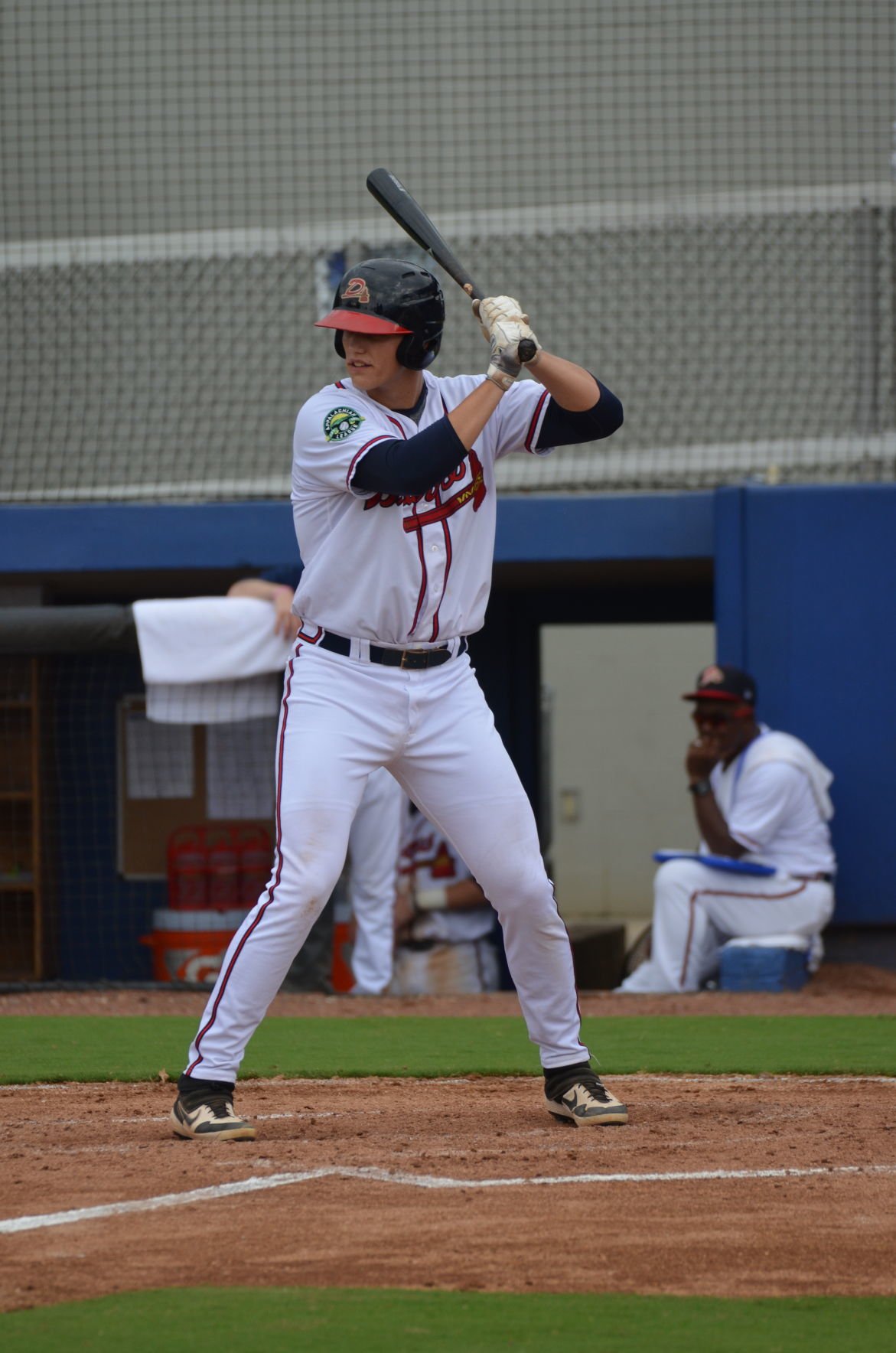 Bryce Ball hit 13 home runs for the Danville Braves in 2019.

The feeling of Bryce Ball’s home run in a Major League spring training game was different from all of his homers before it.

Ball was a non-roster invitee to Atlanta Braves camp, and Feb. 26 in Sarasota, Florida, he earned his first start of the preseason. Hitting ninth as the designated hitter against the Baltimore Orioles, he led off the top of the third inning with a home run against Bruce Zimmermann.

“It was a blackout moment, like, ‘Wow, I really just did that,’” Ball recalled last week.

By the end of the next week, though, Ball had been optioned back to minor league camp. And by the end of the week after that, all baseball activities were suspended because of the coronavirus pandemic.

Ball played in 41 games for the Danville Braves in 2019 before being promoted to Atlanta’s Class A affiliate in Rome, Georgia, in August. He hit .329 with 17 home runs across both levels, but whatever progress he hoped to make this spring is now on hold.

Mitch Stallings, another Danville Brave who was promoted to Rome last season, finds himself in the exact same situation.

After pitching to a 6-5 record with a 2.04 ERA across both levels in 2019, Stallings — like Ball — may have been in line for a promotion this spring.

Ball and Stallings won the Appalachian League’s Player and Pitcher of the Year awards, respectively, for their performances in Danville, and now neither of them knows what level within the Braves organization he might be assigned to if there is even a minor league season to be played.

“The emphasis in spring training is really getting yourself ready,” Stallings said. “I don’t really have a clear idea of where I thought I might be going.”

The uncertainty regarding minor league baseball in 2020 as the result of the coronavirus is compounded by a proposed restructuring of the entire minors system after this season that would cut 42 teams across the country, including Danville and most of the rest of the Appalachian League.

Talks among MLB owners have reportedly ramped up in the last two weeks in anticipation of a shortened season starting in July, but details regarding the fate of the Minor League Baseball season remain sparse.

Both players recognize the severity of the coronavirus and the risks of starting baseball again too quickly, but they also look forward to playing whenever it’s possible.

Until that happens, Ball and Stallings are in the midst of what the latter calls “Offseason 2.0.” They are trying to stay in shape for a season that may never come.

Stallings spent the actual offseason working as a finance intern at The Home Depot’s corporate office in the suburbs of his hometown of Atlanta.

In February, he reported to spring training in Florida and recalls the sequence of events on Friday, March 13, when the season was suspended.

Stallings said players were initially told earlier in the day they’d have the weekend off, a rarity for a baseball team. As players planned beach trips and golf outings, they all received a text message about a mandatory meeting back at the training complex that evening. They were told the season was delayed and they should head home. Most players were gone by the next day.

“It was a crazy 24-hour period, for sure,” Stallings said.

During this waiting period, Stallings splits time between his parents’ houses in the Atlanta area.

With no games happening in the very near future, he said he’s “trying to find that sweet spot” between keeping his left arm rested and ready.

“I’m trying to keep as many unnecessary throws off my arm as possible,” Stallings said. “I don’t see a whole lot of value in simulating throwing seven innings.”

Stallings has never been a fan of long-distance running, so his workouts tend to include short sprints, free weights and working with a weighted ball. He said he also remains in regular contact with the strength and pitching coaches in Rome.

The 2020 season would have been his third as a professional. He saw himself grow as a pitcher last season, when he never allowed more than three earned runs in any appearance in Danville or for Rome. In his 26 games as a professional pitcher, Stallings has yet to give up a home run.

A 30th-round pick of the Braves in 2018 out of Duke University, Stallings credits the lack of home runs to his ability to work low in the zone with a two-seam fastball, a sinker and a changeup. Ball, a lefty hitter, calls Stallings’ left-on-left changeup pitch “devastating.”

“I’m lucky he’s in the Braves organization because I do not like that,” Ball said.

In 2019, Stallings committed himself to winning the pitcher of the year award once he felt he wasn’t going to get called up no matter how well he thought he pitched. Ultimately, he was promoted in August, six days after Ball’s promotion, and he earned the Appalachian League’s highest honor for a pitcher.

Stallings, who turns 25 in June, said he misses being in the clubhouse with teammates, laughing over videos and tweets, and he longs for the days when he can stand on the mound again and hear the applause from the crowd.

“I absolutely miss being around the fans on a daily basis,” he said.

In this downtime, though, Stallings was happy to report he’s been learning how to cook, and he looked forward to helping his brother prepare something for Mother’s Day. It was, after all, the first time in a long time he’d been at home for the holiday.

Ball tore through the Appalachian League last season in his first year as a professional after being drafted in the 24th round in 2019.

In Danville, Ball hit 13 home runs with 38 RBIs and 37 runs scored. In 21 games for Rome, he hit .337 with four home runs and 14 RBIs, though he struck out more and walked less than he did in Danville.

Ball, who turns 22 in July, said the strong schedule of opponents at Dallas Baptist University helped him feel more comfortable against professional pitchers once he reached the minors.

“A high-level schedule allowed me to go into professional baseball with a lot more confidence and being able to see all that stuff that pitchers throw,” Ball said.

His last game with DBU was June 2 against Texas Tech in the NCAA Lubbock Regional, and his first game for Danville was 17 days later against the Princeton Rays.

“It’s been crazy how fast things have moved,” he said. “It’s been real quick real fast, but it’s been a blast and some of the greatest moments of my life.”

Before he was optioned back to minor league camp, he tried to soak up as much of the major league experience as he could.

“I should have just brought a notepad and a pen to all this stuff because I’m just watching and learning and being around all these guys that I’ve looked up to,” he said.

During the stoppage in play, Ball has been back at DBU working out with other pros who have come out of the program. Ball says the school’s baseball facilities are still open, so groups of three or four can hit, throw and use the field for drills.

Like Stallings, Ball also misses being in the clubhouse with teammates and other parts of the routine of being a minor league player. He said he saw a charter bus in a TV show recently and thought about how much he complained about the long road trips before and how much he’d love to be on one now.

“Those are some of the best times,” he said.

On occasion, Ball will drive 12 hours north from Dallas to visit his parents in Iowa, hang out there for a week or so and then drive back down.

He’s getting antsy to play ball again. If only he knew where.

“When it comes to what team, I really have no idea. And during spring training I really had no idea,” he said. “I just went where I was told and went where I was supposed to go and did my thing and tried to be the best player I could be. I’ve never heard anything official or had any idea where I was going to end up.”

Parker Cotton is a reporter for the Register & Bee.

Parker Cotton is a reporter for the Register & Bee.

SOUTH BOSTON — When Cathy Rice took the reigns as general manager at South Boston Speedway in 2000, she became a pioneer of sorts in being onl…

The team will begin play this summer.

Tampa Bay quarterback Tom Brady is going to his 10th Super Bowl after the Bucs got past the Green Bay Packers in the NFC championship game.

Dylan Aron tallied 20 points and 15 rebounds to lead the Bulldogs.

The NFL announced that 7,500 health care workers vaccinated for the coronavirus will be given free tickets to next month's Super Bowl in Tampa.

Thursday was a red-letter day for soccer in the Roanoke Valley.

A stellar showing against Clemson shot the Virginia men's basketball team up a few different rankings.

Seven former Virginia men's basketball players currently sit on NBA rosters, with five of those seven entering the league in the past five years.

Mitch Stallings went 3-5 with a 2.25 ERA last season for the Danville Braves. In his pro career (26 games), he has yet to allow a home run.

Bryce Ball was named the Appalachian League Player of the Year in 2019.

Bryce Ball hit 13 home runs for the Danville Braves in 2019.