© 2021 Lee Enterprises
Terms of Service | Privacy Policy
‘This was not for her political views’: Former Hokies player defends coach over handling of teammate who declined to kneel before games
0 Comments
Share this
{{featured_button_text}}
1 of 2 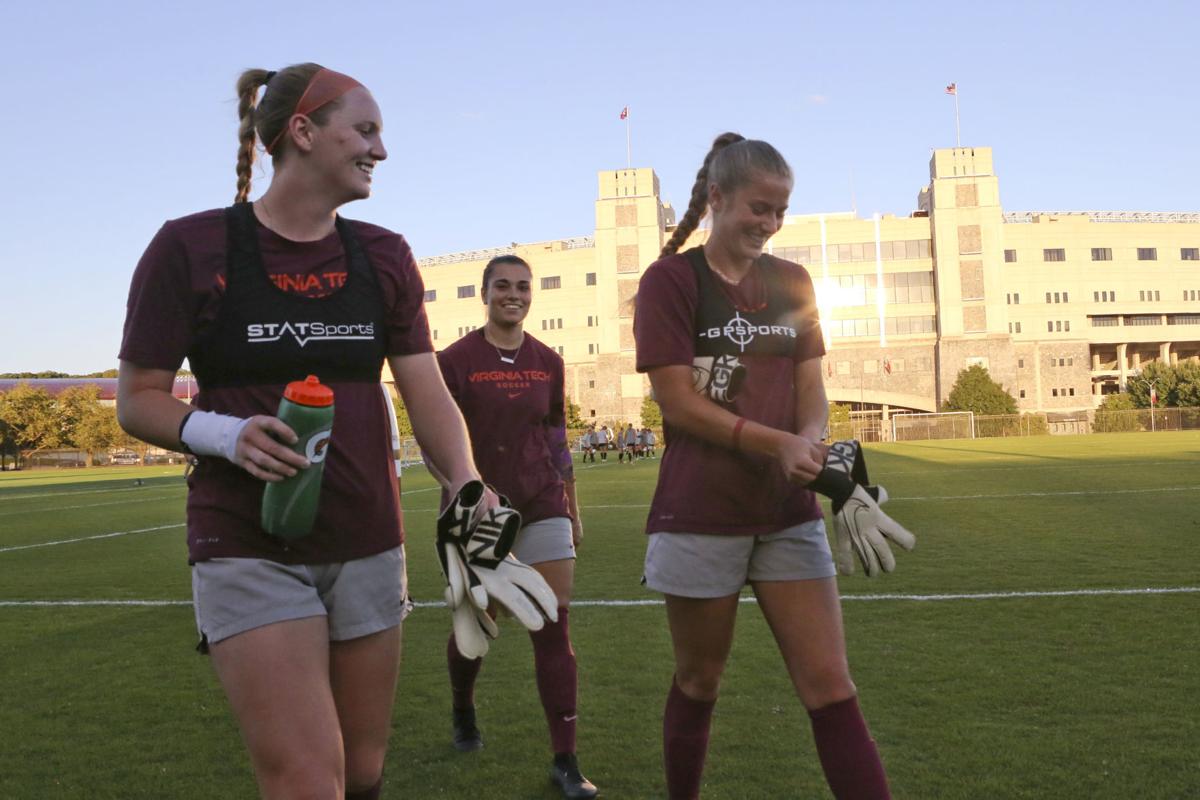 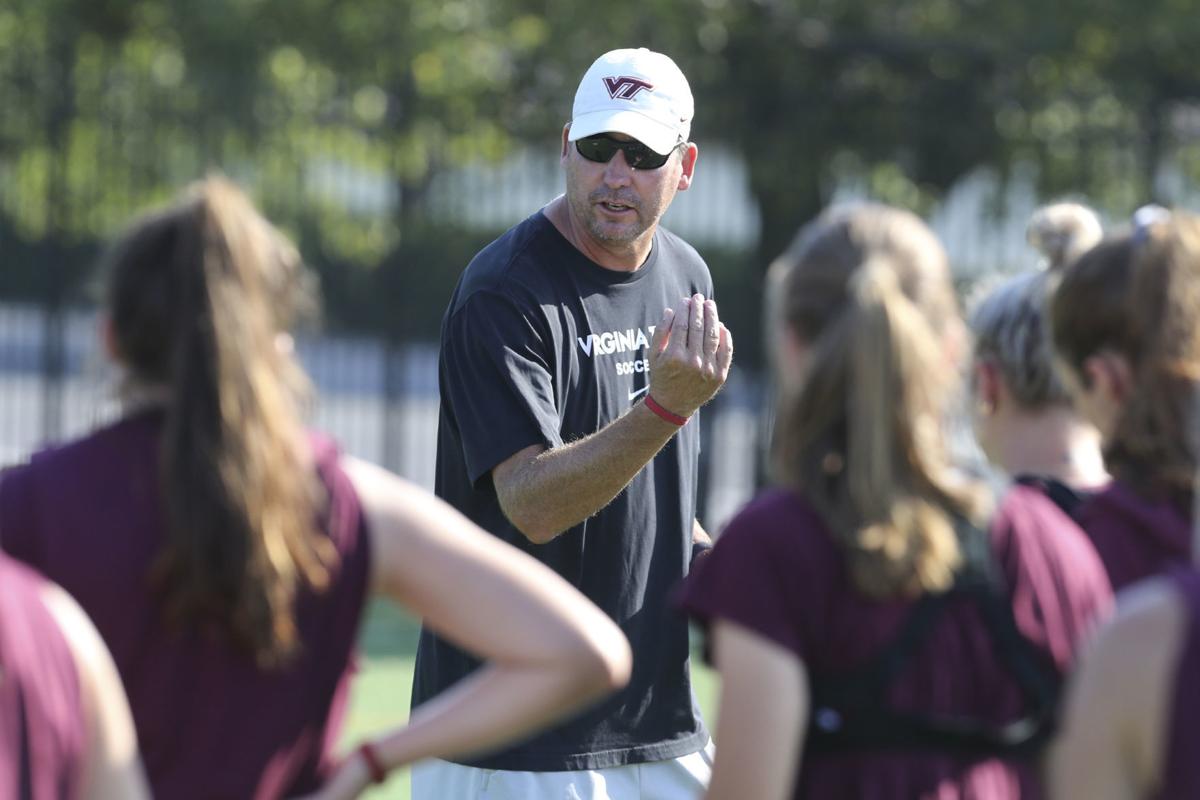 A member of the 2020 Virginia Tech women's soccer team says coach Chugger Adair never brought up a teammate's political views, only her play, in his criticism of her.

During her four seasons as a reserve goalie on the Virginia Tech women’s soccer team, Alice Hamel came to understand that coach Chugger Adair didn’t care much for teammates sniping at each other during matches or practices.

“I definitely got my words handed to me a couple of times,” said Hamel. “He appreciates the passion, but if it’s unproductive, and he sees it as such, he’s going to let you know.”

Hamel said that’s exactly what Adair was doing at halftime of the Hokies’ season-opening game at rival Virginia on Sept 12, when he chided junior defensive back Kiersten Hening – blasting the Midlothian native for her on-field demeanor and performance, not attacking her for her political views, as Hening alleges in a federal lawsuit she filed against the coach last month.

In fact, Hamel said she never heard Adair reference Hening’s political views at any point during the fall season.

“That’s a display of passion coming through and you want to try to let it slide, but there’s only so much before it’s not helpful anymore,” said Hamel. “You’re chirping just to chirp. I can tell you Chugger does not take kindly to that at all, ever.”

In a federal suit filed on March 3, Hening, a 21-year-old Midlothian native and former star player at James River, alleges that, after Hening refused to join her teammates in kneeling during the ACC’s pre-game unity statement, Adair engaged in a “campaign of abuse and retaliation” that led her to leave the program in September, 2020, just three matches into the season.

Hening’s attorneys have not responded to multiple requests for interviews. Virginia Tech, whose lawyers are representing Adair, declined to comment, as did Adair.

Hamel spent three-and-a-half years at Virginia Tech, graduating after the fall semester in 2020 and moving on. And while she described Adair as demanding and intense, she strongly refuted claims made by Hening in her lawsuit that he played politics with his lineup decisions and treatment of Hening.

During a nearly one-hour interview last week, Hamel confirmed many of the specific details found in Hening’s lawsuit, with one major difference. Hamel said none of Adair‘s comments to or treatment of Hening was politically motivated. They all centered around her play on the field, Hamel said.

“Chugger has a way of definitely getting to you,” said Hamel. “I think, with any Division I coach, sometimes it feels like you’re trying your best and he’s just not seeing what you’re seeing. I think it was common for people to feel like they were being singled out and it’s hard not to. You’re trying your best and he’s seeing something different. It got to me more than one time. So I definitely understand where she’s coming from. But I can tell with very little doubt that this was not for her political views.”

Hening, a two-year starter after walking on a Tech, was benched after the UVA game. That decision, Hamel said had everything to do with Hening's struggles as a player, not her refusal to join her teammates kneeling during the unity pledge to show support for social justice.

While the entire team stood for the national anthem during matches this past season, all but two of the Hokies knelt during the reading of the ACC’s unity pledge.

Hamel said Hening's first two seasons, she benefited from being surrounded by veteran and talented backline players who could cover up for breakdowns. This past season, Hening played with less experienced teammates and her errors were more glaring.

Hamel confirmed Adair accused Hening of “bitching and moaning” at halftime of the Virginia game, as the lawsuit alleges, but said that was in reference to Hening’s sniping at teammates over missed assignments and defensive breakdowns. His comment that she was “doing her own thing,” according to the lawsuit, Hamel said also referred to her playing outside of the scheme in that match.

Hamel said she never heard Adair mention or reference anything about Hening’s political views during either incident, or at any other game, practice or meeting.

In fact, Hamel said Adair went out of his way to make sure any such personal differences didn’t affect the team on the field. When the team held their meeting about how to appropriately recognize the social justice movement in the country in a way that all the players would be comfortable with, he instructed them to talk amongst themselves and come to a decision on what they wanted to do. He offered examples of what other programs were planning to do, and then he left them.

“Kiersten at all times was never very outspoken when it came to a meeting setting,” said Hamel. “I was never aware that she dissented, as they put it, until later.”

Hamel said she was surprised to learn Hening had quit the team three matches into the 2020 season.

“At the time, I was definitely shocked. I honestly didn’t see it coming," said Hamel. "My initial reaction was, this girl doesn’t start for two games and she’s walking off the team? I haven’t started in three years, girl.”

Syrian boxer competes 'for all refugees' at Olympics

Is Chris Paul's shoulder injury behind him?

Is Chris Paul's shoulder injury behind him?

How much should you buy into the Astros after claiming best record in American League?

How much should you buy into the Astros after claiming best record in American League?

Thousands of fans march to Hungary's Euro 2020 cash against France

Thousands of fans march to Hungary's Euro 2020 cash against France

She grew up wanting to be a nurse, like her mother, but as a freshman at Delaware she found herself wondering if her dyslexia might make that goal unattainable.

Odicci Alexander became a national star at this year’s Women’s College World Series, and now she’ll have the opportunity to play softball professionally.

The Virginia baseball team is headed to Omaha and the College World Series for the first time since 2015.

Get to know Tennessee, Virginia's opening opponent in the College World Series.

Dozens of former Michigan football players and other students who say they were sexually assaulted by Dr. Robert Anderson will hold a news conference outside Michigan Stadium on Wednesday morning to demand action from the school's leadership.

When you build a house on a crooked foundation, the renovations ar e destined to be more difficult. And not always sensible, especially if the architect is worried more about the design than the residents. So it is, again, with this latest fix that’s planned for the College Football Playoff, an expansion that’s long overdue — and surprisingly functional, if we're being honest — but certainly ...

Former Dan River and Averett University softball standout Kaitlyn Aherron is familiar with the adage “You can’t kill two birds with one stone.”

A member of the 2020 Virginia Tech women's soccer team says coach Chugger Adair never brought up a teammate's political views, only her play, in his criticism of her.