BLACKSBURG — One of Virginia Tech coach Justin Fuente’s top priorities going into the 2020 football season was to fix the team’s ground game.

It has been the missing ingredient during Fuente’s tenure, and a problem that predates his arrival in Blacksburg. The last running-back-led rushing attack for the Hokies that could accurately be called potent was in 2011 and led by David Wilson, who went on to be picked in the first round of the 2012 NFL Draft by the New York Giants.

Tech averaged 176.1 rushing yards per game last season (ranked No. 49 in FBS out of 130 schools) on 4.1 yards per carry (86th). The Hokies’ production was down from the previous year despite a strong midseason stretch when they rushed for 220-plus yards in four of five games.

The first move Tech made was parting ways with running backs coach Zohn Burden after the end of the 2019 regular season. Fuente promoted Adam Lechtenberg to the position while the Hokies were prepping for the Belk Bowl.

Lechtenberg had been on the staff since 2017 as the team’s 10th on-field assistant in a similar player-development role he held at Memphis under Fuente.

The coaching change was just the start.

Tech’s staff scoured the available talent pool at every level to reshape the running back room. The Hokies had a dozen scholarship running backs at one point in January, and made it through fall camp with nine still on the roster, including five 2020 signees.

Fuente offered little clarity about the position battle during fall camp — he only spoke to the media twice in August — but when Tech opens the season against Virginia on Sept. 19 at Lane Stadium, the team will likely rely on a 1-2 punch of Kansas graduate transfer Khalil Herbert and a now-healthy Jalen Holston.

“You can’t help but get a little excited about what those guys may be able to do,” Fuente said.

‘Everything we were looking for’

Herbert garnered plenty of attention from Tech fans when he signed last December. He was poised to have a career year for Kansas last season with 384 yards (8.9 yards per carry) in just four games before deciding to redshirt.

One performance fans took note of was Herbert’s 187 yards against Boston College just two weeks after the Eagles held Tech to 98 rushing yards on 42 carries. Herbert had an 82-yard run right before halftime (the second-longest non-scoring play in Kansas history) that former Boston College coach Steve Addazio described as a “backbreaker.”

On his way to the goal line, Herbert shoved defensive back Mehdi El Attrach to the ground with a stiff arm. Herbert broke four runs for 25 yards or more before closing out the 48-24 win with a 6-yard touchdown run.

Herbert had a similarly electric performance two years earlier when he put up 291 yards against West Virginia. Herbert played in 35 games over four years (13 starts) and had 1,735 yards (5.4 yards per carry).

Tech took notice when his name hit the transfer portal.

“That was a position we definitely wanted to find a guy that was older, had played at this level and was immediately eligible,” Tech offensive coordinator Brad Cornelsen said in an offseason interview. “Khalil fit all those categories. We got some really good recommendations from people that coached him, and we met his family. He was everything we were looking for.”

Tech had competition, but Herbert liked what he saw on a visit last December. A night he spent with quarterback Hendon Hooker — the two went to a Tech basketball game and had dinner — played a key role in selling the program.

“His first question was, did [Blacksburg] have Jamaican food?” Hooker said with a laugh. “I was like, ‘No we don’t,’ but he really just asked me how the bond was with the coaches and chemistry with the team. That was his biggest question. After that he was all in.”

Virginia Tech got good news at the start of September when the NCAA granted Raheem Blackshear’s waiver appeal for immediate eligibility.

Blackshear will get carries this year, but his role will be much different than the other running backs. The coaching staff has the athletic back splitting his time during practice and working half the time at slot receiver. He’s a proven weapon at both spots and will also be in the mix on punt and kick returns.

“The thing about Raheem is, he has a unique skill set in terms of he has receiver skill sets and he’s still a physical player —can line up and play running back,” coach Justin Fuente said.

Tech’s coaching staff plans on taking full advantage of Blackshear’s versatility this season. He will move all over the field.

“I think what makes him unique is his intelligence,” Fuente said. “I mean, this is a kid that’s a fantastic student — is almost obsessed about getting things done correctly. Will literally badger the assistant coach all the way out onto the field, making sure he understands the assignments and what he’s going to be doing because he’s gonna be moved around quite a bit. It’s important to him to get it right.”

Hooker prepared himself for the day by talking with Herbert’s former teammate Ryan Willis, who also transferred from Kansas to Virginia Tech, and watching film of the running back.

“So explosive and strong,” Hooker said.

The time Herbert’s family spent with Fuente also had an impact.

“We love him,” Herbert’s mother Nicola Harding said of Tech’s coach. “We just felt like he was looking out for Khalil. It felt right, it was the right place for him.”

Herbert enrolled early and participated in the team’s winter conditioning program. Tech didn’t get much of a chance to evaluate Herbert outside the weight room — the COVID-19 outbreak prevented Tech from holding a single spring practice — but he had no issues learning the playbook or adjusting to his new teammates.

“It didn’t take long for Khalil to step on campus and garner respect from his teammates, to show he was going to be a leader and contribute right away,” Cornelsen said. “You could hire him on the staff right now. There’s a level of maturity. A team-first attitude and mentality is extremely apparent around him.”

Fuente saw the same qualities from Herbert in fall camp.

“Khalil is a great young man,” Fuente said. “Really, really sharp. Great worker. Strong and explosive tailback. I’ve been really impressed with him in our short time watching him practice.”

Holston had convinced his mother not to make the long drive from the Atlanta area to Boston leading up to the game — she doesn’t like flying — but her maternal instincts kicked in when he went down with a leg injury right before halftime.

He made a nice cut to get through the line of scrimmage for a 10-yard gain and first down inside Tech’s 30-yard line. Holston got up without putting weight on his leg and hopped back to the sideline after Boston College linebacker John Lamot and defensive back Mike Palmer brought him down awkwardly.

Tech’s training staff reached out to Edith at halftime to update her on Holston’s condition. She was told he wouldn’t play in the second half and would need to be evaluated when the team returned home from Blacksburg. She got in her car and made it to the local Virginia medical center before the trainers got there with her son.

“He walked in when I was filling out the forms,” Darden said.

Holston was in surgery by the end of the week to repair a broken ankle, and was told he had months of rehab ahead. It was a devastating turn of events for the running back, who Fuente said was “mentally, emotionally and physically” ready to be an impact player for the Hokies going into fall camp.

The former four-star signee out of Stockbridge High School provided Tech depth at running back as an underclassman but never had a consistent role in the offense.

As a true freshman, Holston played an important part in a 20-14 win over Pittsburgh in 2017 with 12 carries for 52 yards. He helped put the Hokies up early with 23 yards on the first drive.

His best game came a year later when he ran for a career-high 54 yards against Marshall in the 2018 regular-season finale.

Holston turned what looked like a busted play into a 40-yard touchdown run in the 41-20 win. He was shoved backward at the line of scrimmage by three Marshall defenders, but his legs didn’t stop moving and his second effort got him into the open field.

The injury last year weighed on Holston, said his mother.

“He had to understand he couldn’t just jump back up,” she said. “He still had eligibility left; he just needed to get into a good space to do it properly. … I told him, ‘You get a chance to mourn and grumble and cuss, but you can’t stay in that head space forever.’”

Darden praised the medical staff for guiding Holston through the challenging time and getting him through the rehab process at a pace he was comfortable with. Darden knew Holston was back to his old self when he returned home after the COVID-19 outbreak and was out the door every day by 5 a.m. for runs around the neighborhood.

When he got back to Blacksburg in early June, he was once again a consistent performer during Tech’s truncated offseason program.

“He used that this offseason to really grow as a player,” Holston’s former private position coach Enrique Davis said. “For him to be able to reach his goal and dreams in college, I believe that’s inevitable. I’m pretty excited for him.”

Davis, the founder of Priority Training Sports Performance, was the No. 1 running back prospect coming out of high school in 2008 and signed with Mississippi. They started working together when Holston was a sophomore in high school and the two still speak frequently.

“He’s a tough, physical runner, a big physical guy and has a certain burst,” Davis said. “When he gets to that next level, some of those bigger bodies take awhile to get going, but he’s able to change direction right away. He’s able to burst out of there. He has a nice forward lean with his pads and [is] great with that ball security.”

Davis can spend all day raving about Holston’s skill set, but that’s not what impresses him most about his former pupil.

“He stayed humble and stayed hungry,” Davis said. “He sets the tone. I’ve never seen him have a bad day when he’s out on the field working. He’s a phenomenal kid.”

BLACKSBURG — It wasn’t the flashiest of plays, but Dan Orlovsky had seen enough.

The linebacker/safety and his team will face UVa this week and Virginia Tech next week.

Wednesday was a busy day in college sports, especially for Virginia fans.

BLACKSBURG — Virginia Tech is back at home for a showdown against a Boston College. Here's what to look for in Week 4...

The sky isn’t falling in Charlottesville, but a year after making the ACC title game, a combination of factors from offseason preparation to injuries have sent the Cavaliers into an unexpected rebuilding mode.

Unlike many bygone years of Virginia Tech-Boston College matchups, the Hokies know they’ll probably have to score often on Saturday to come out on top. 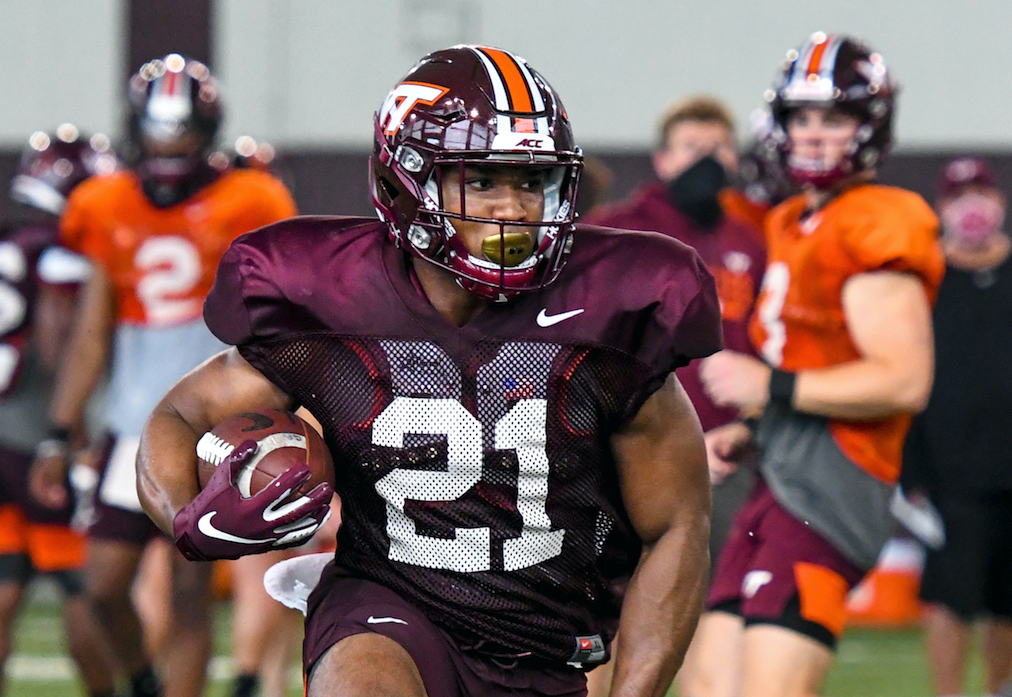 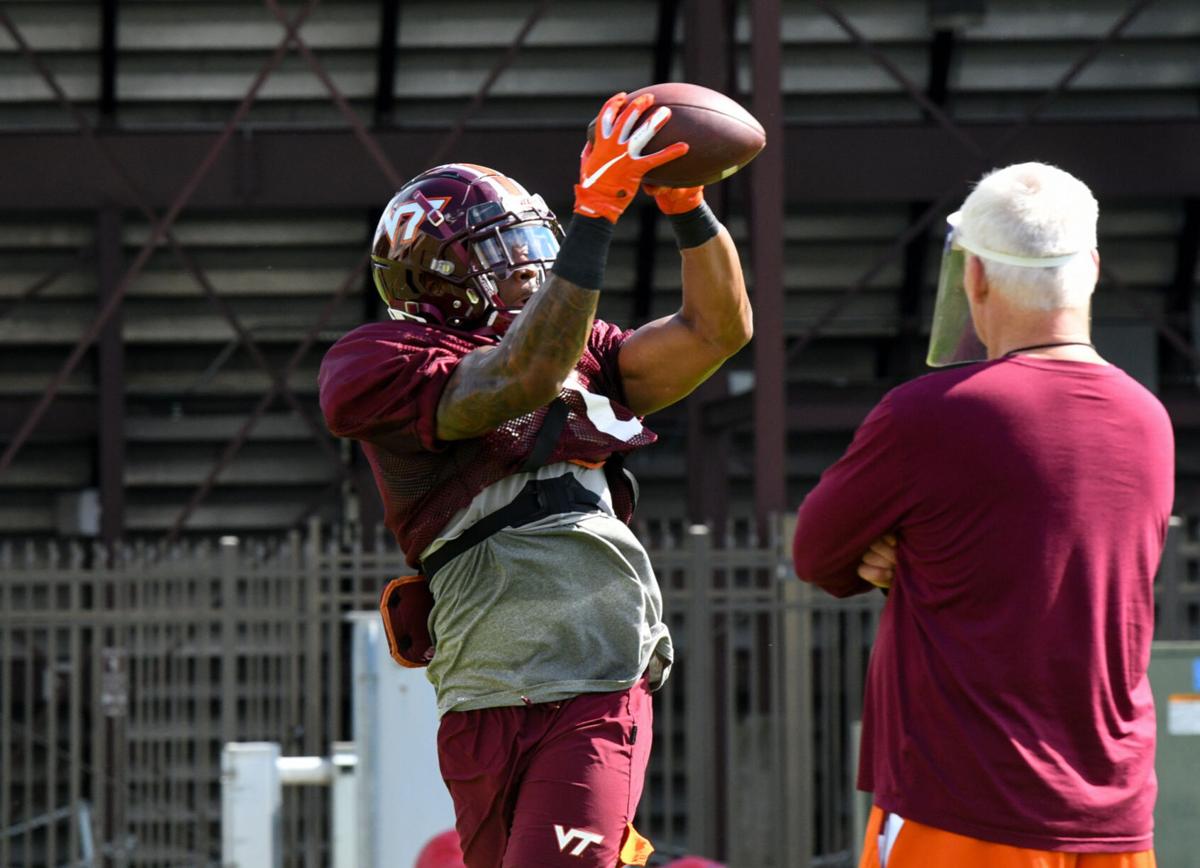