George Washington High School’s Xavier Walters hit a pair of free throws and Jakobe Dixon came up with a big defensive steal, both in the final seven seconds, to give GW a 54-48 win over Halifax County High School Friday night in Danville.

There will now be a third game between the two teams – that coming Monday night when GW will host Halifax County High School at 6 p.m. at George Washington High School in an opening-round game of the Region 4D Basketball Tournament.

The winner of Monday night’s game will face Pulaski County High School on Wednesday night in Pulaski in the tournament semi-final round.

GW held a 50-36 lead over the Comets with just under four-and-a-half minutes left in the game. Ramping up both their defensive and offensive efforts, the Comets went on a 12-2 scoring run to pull to within four points at 52-48 with 59 seconds left in the contest.

Dixon missed the front end of a one-and-one opportunity at the charity stripe, leaving the margin at four points. A shot by the Comets’ Kameron Roberts from 15 feet out that could have cut the Eagles’ lead to two points with 10 seconds left rimmed the basket but didn’t fall.

Forced to foul in an attempt to get the ball back, the Comets put Walters on the free throw line. Walters canned a pair of free throws with 7.5 seconds left to extend the Eagles’ lead to six points at 54-48.

Dixon came up with a steal in the Comets’ backcourt with four seconds left, allowing GW to run out the clock to seal the win.

The game was close through the opening nine-and-a-half minutes, with GW maintaining a four-to-five-point margin But, that changed quickly early in the second quarter.

Roberts broke the GW rally with a shot from 15 feet with 38 seconds left in the half, but two baskets from Hairston in the final 25.5 seconds of the second quarter put GW up 36-19 at halftime. The Eagles finished the second quarter having outscored the Comets 21-6 in the period.

Halifax County High School cut the Eagles’ lead to 11 points when the Comets’ Devon Jennings canned a 3-pointer with four tenths of a second left in the period to make the score 45-34.

GW ran its lead back up to 14 points when Walters hit a shot from six feet out with 4:28 left in the game. It was then that the Comets began to mount their late-game rally, holding the Eagles to just four points over the final 4:28 of the game.

GW had 10 players in the scoring column in Friday night’s contest, with Dixon leading the team with 13 points, eight of which he scored in the second half. Walters followed with 10 points. 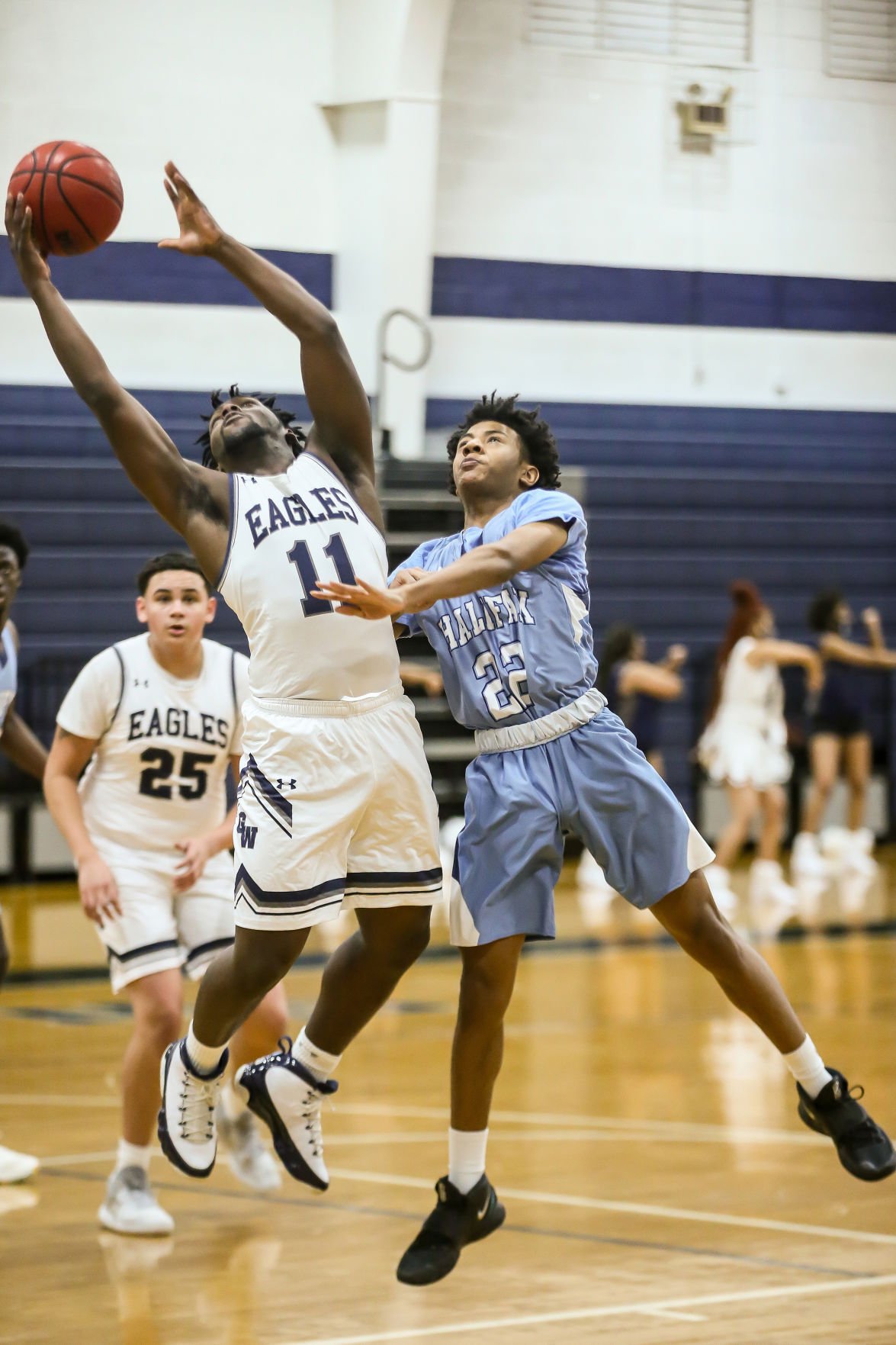 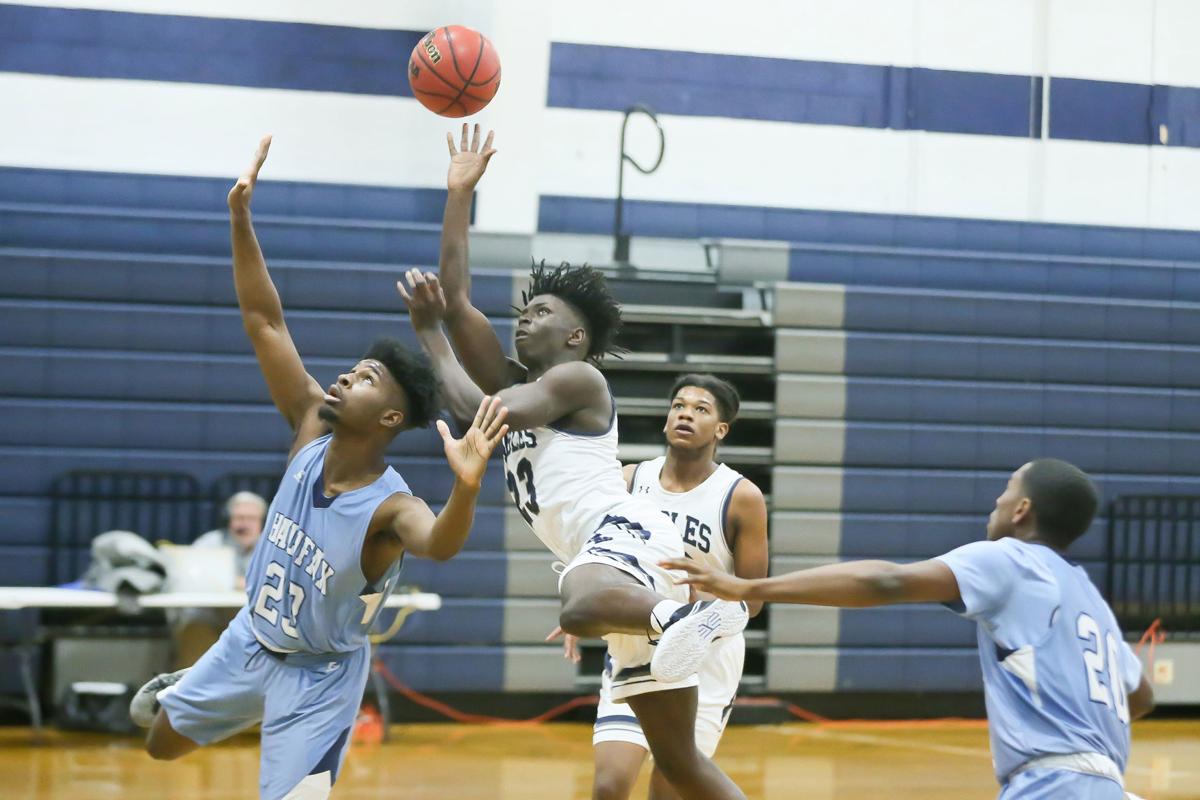 George Washington High School’s Donavan Howard (23) is fouled as he puts up a shot in traffic during the first half of Friday night’s Piedmont District game against Halifax County High School. 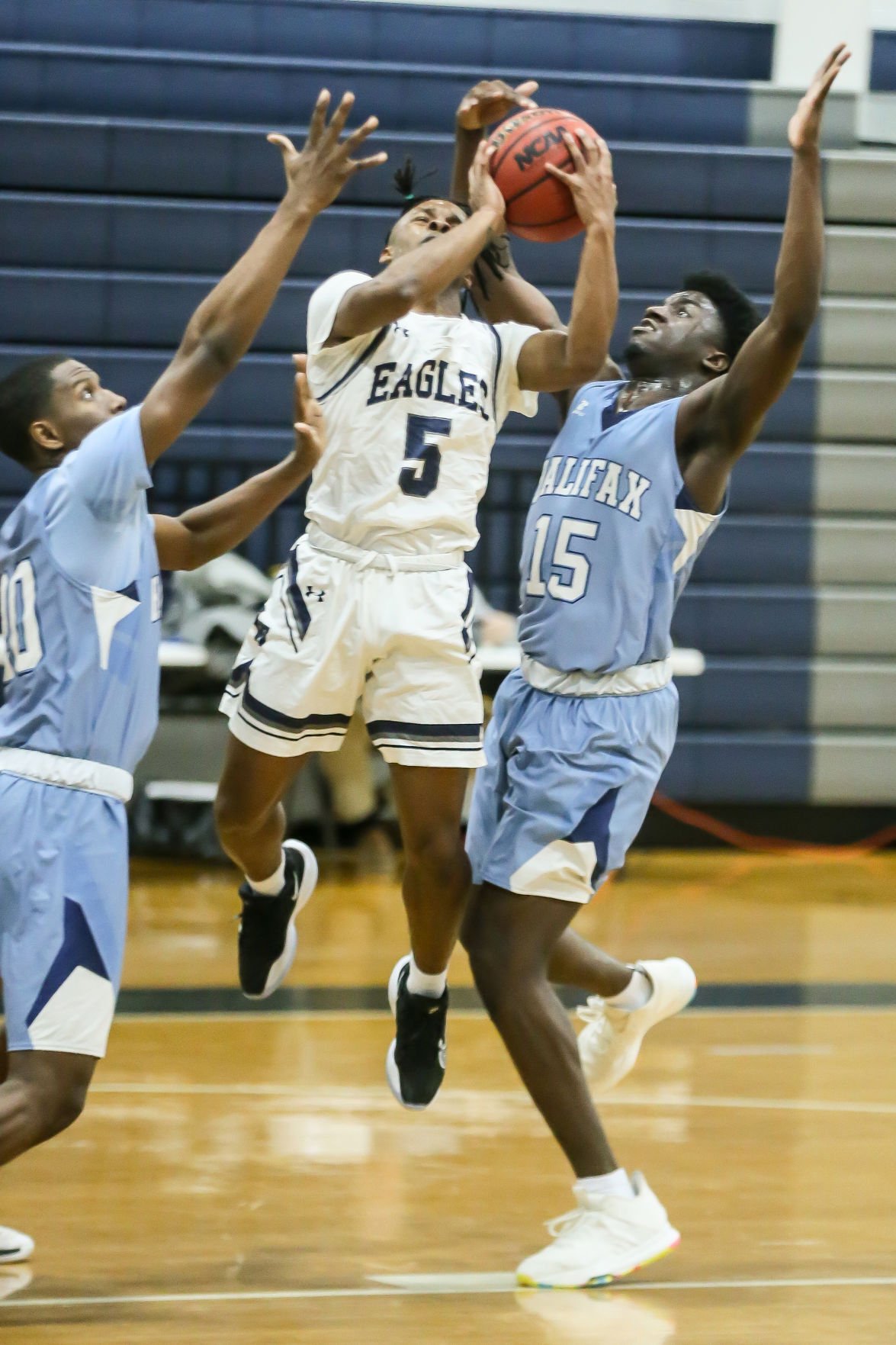 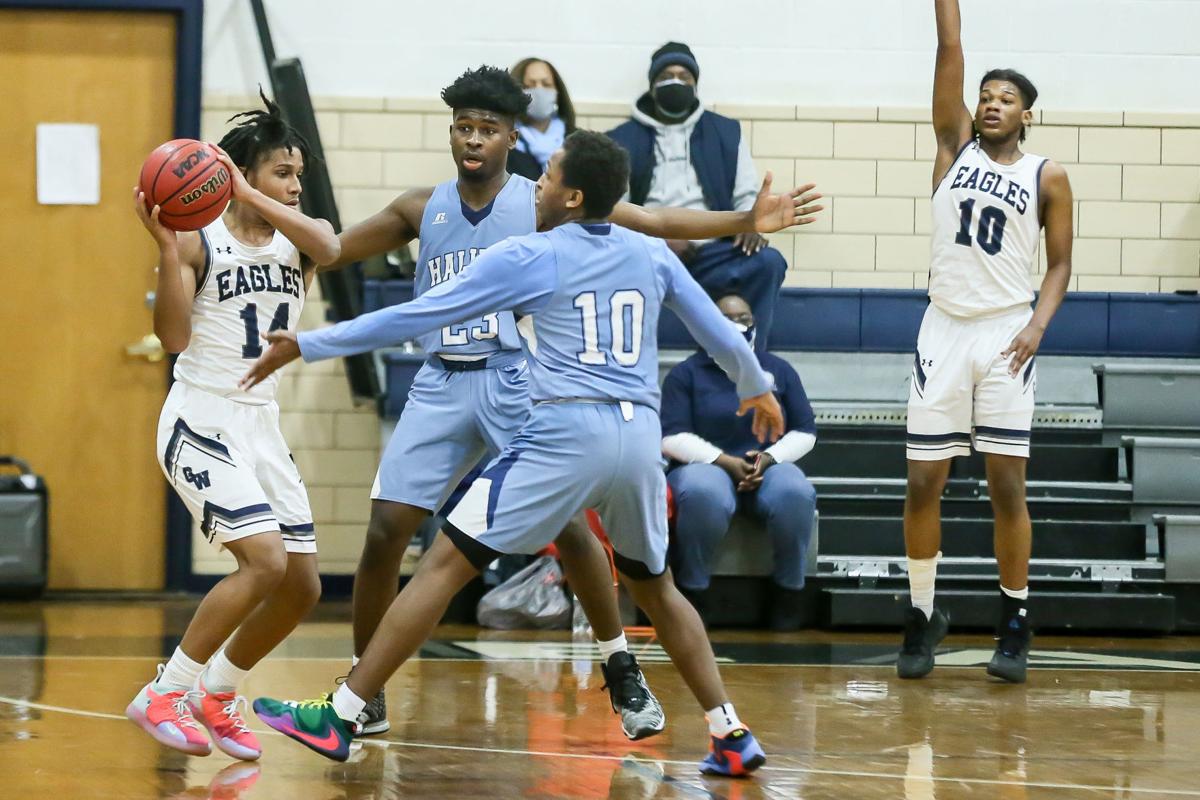 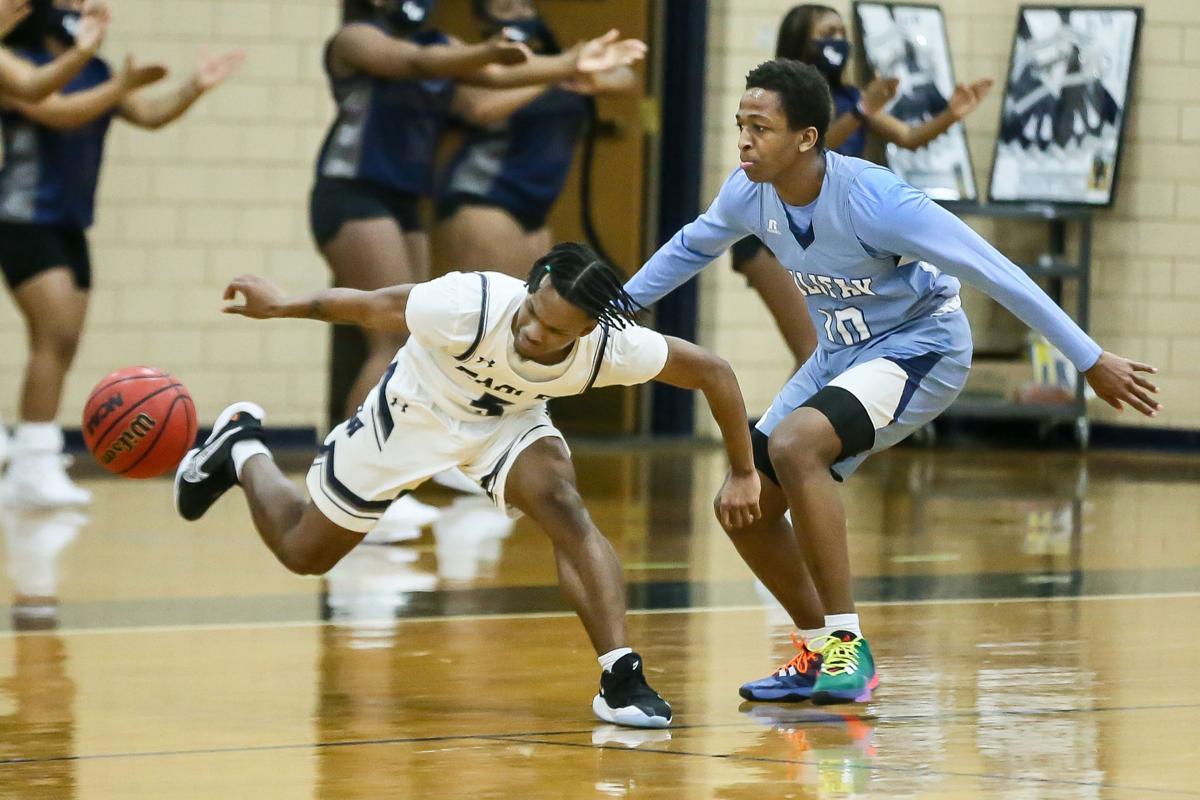