DRY FORK — Fans of Tunstall and Hargrave got their money’s worth in an action-packed contest Thursday night.

Twelve seconds remained on the board when Hargrave’s Maleek Richardson stepped to the line. The Tigers held on to a one-possession, 68-66 lead. As Richardson walked to the line with the chance to put the game beyond the Trojans, the Tunstall “Bleacher Creatures” student section did what they could to get in Richardson’s head.

As Richardson got set to shoot his first free throw, Tunstall’s student section yelled in unison to distract him. Richardson sunk the first shot with ease, meaning Tunstall’s only way to survive was to tie to force overtime. But it would be Richardson’s second free throw that would be the dagger to end any hope of a Trojan comeback.

Hargrave’s aggressive defense in the final seconds helped to seal the 70-66 win over the Trojans (1-1).

Tunstall’s Jamarcus Brown secured a layup with just over two minutes left that closed the Tigers (3-0) lead to 58-56. But after Richardson was fouled and made his two free throws, it then became a four-point lead over the Trojans. Hargrave’s Timayahs Bracey would extend the Tigers’ lead to 63-56 on a second-chance 3-pointer that was assisted by Richardson. The shot forced the Trojans to burn one of their timeouts.

But the Trojans refused to give up without a fight. Down 68-62, Rogers was fouled as he drained a three pointer from the top of the key, giving him a chance to make it a four-point opportunity. Rogers sank his free throw, and the gap closed to just two points.

The Trojans broke out with six steals in the second quarter. Tied at 21, with just three minutes remaining, Brown and Lathan Witcher made layups on back-to-back possessions as they were fouled, giving Tunstall a 25-21 edge. Rodgers converted on a free throw after sinking a layup on a foul. Tunstall headed into halftime clinging onto a 28-24 lead.

Hargrave’s Kam Roberts finished his night with a team-high of 21 points. Richardson notched 20 points of his own to help secure the win.

Rogers led the Trojans with 22 points. Brown would be Tunstall’s second highest scorer with 10.

Tunstall remained at home Friday night to take on the Dan River Wildcats. Game time is at 7 p.m.

Hargrave will carry their winning streak to Woodberry Forest School as they look to remain perfect Saturday. Game time is at 5:30 p.m.

Westover Christian School’s varsity girls came away with a 34-26 victory against Timberlake on Thursday.

Westover holds on for 69-62 victory over Smith Mountain Lake

In the waning seconds of its contest against Dan River, Norfolk Christian Academy got the ball into the hands of junior Jordan Epps right outs… 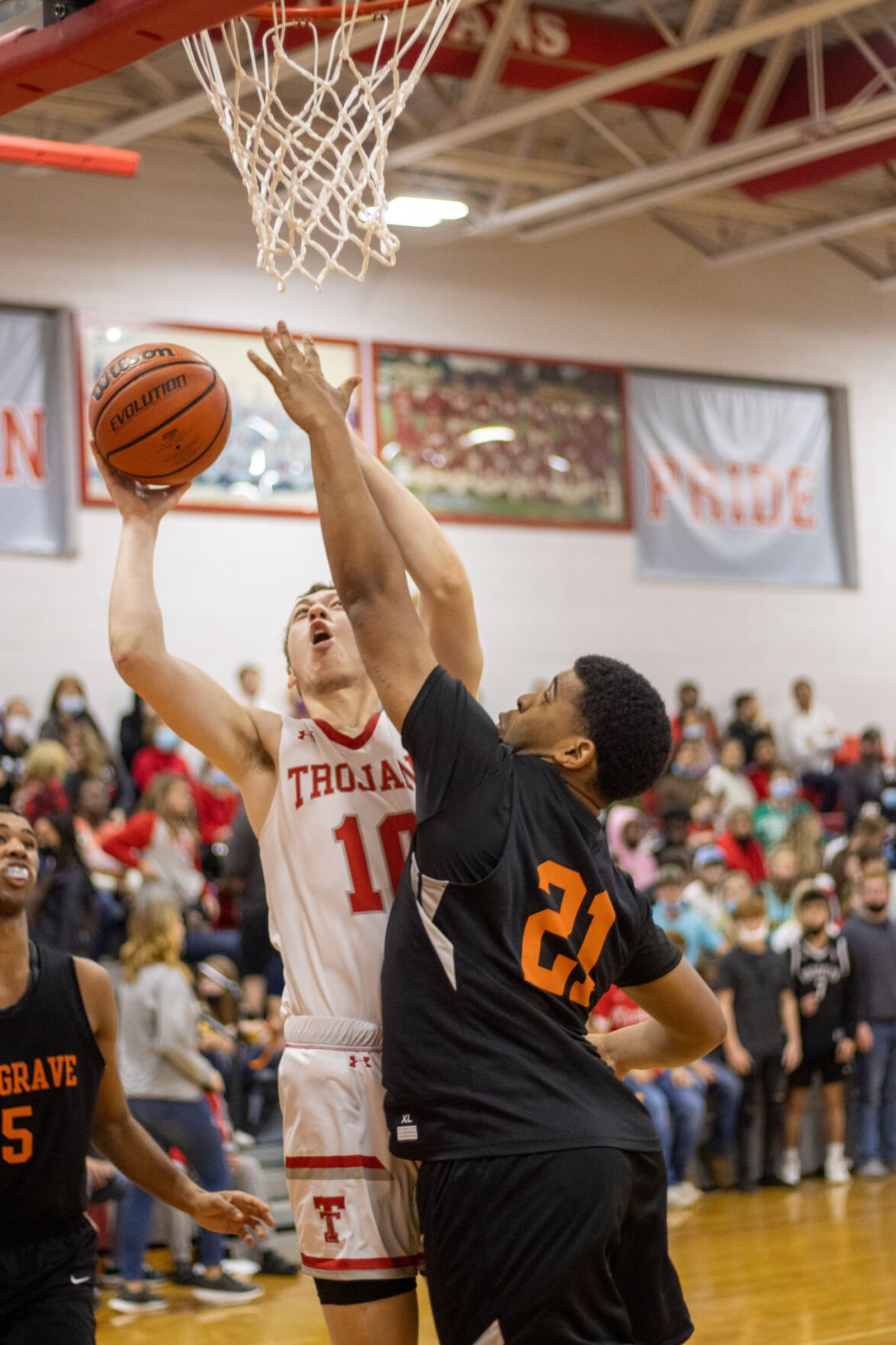 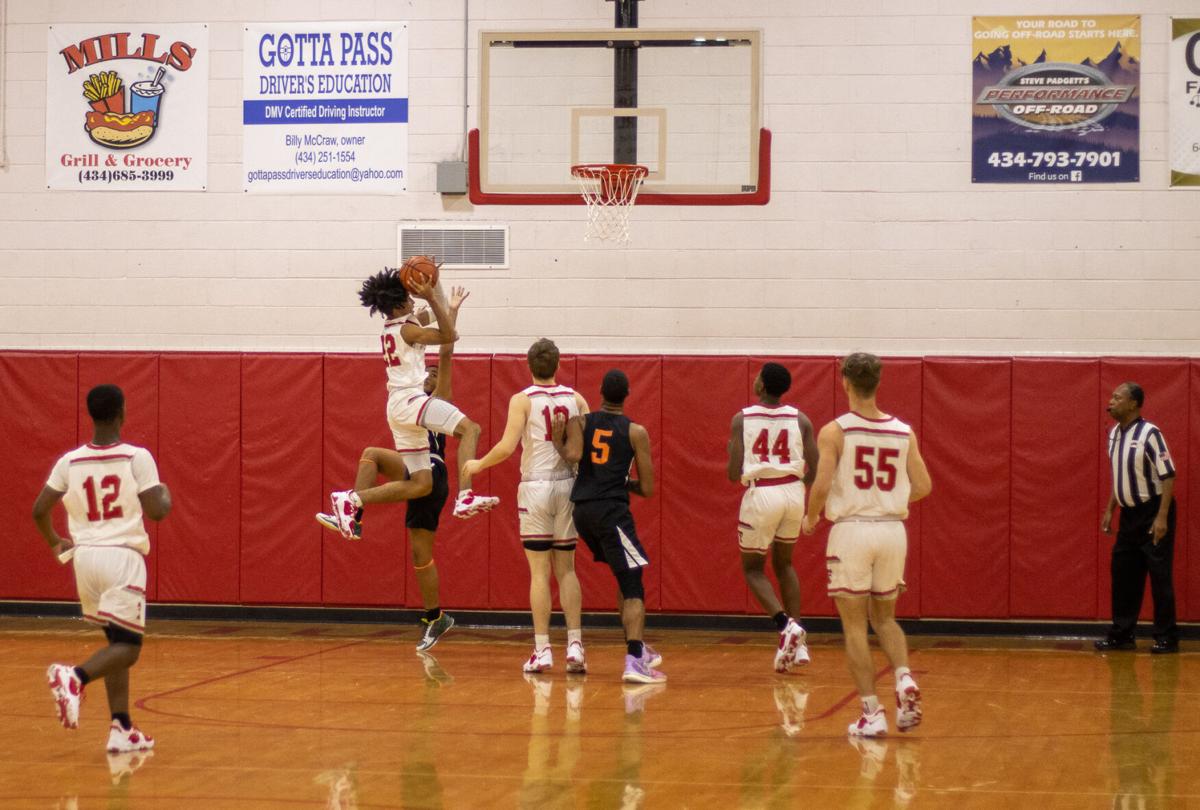 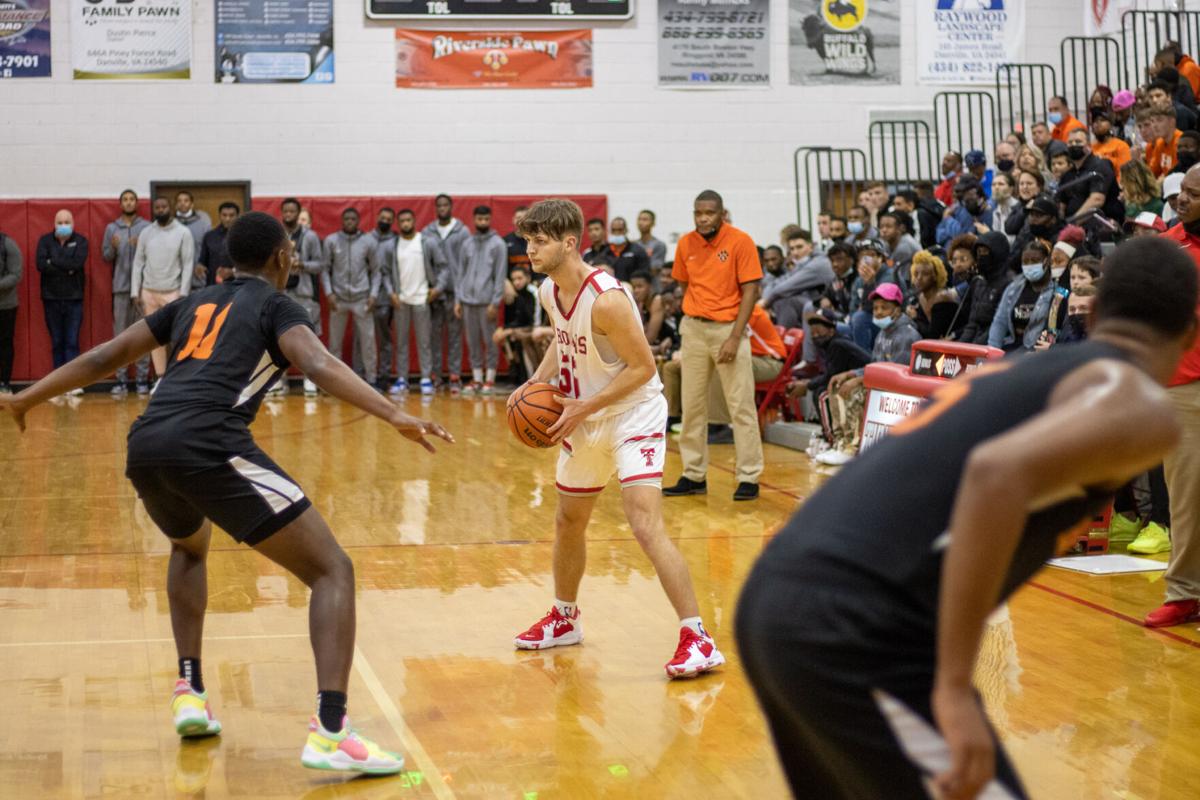 Tunstall's Nick Hammick (55) is defended by Kameron Roberts (11) as Hammick sets up a play.